Awards Season Is Coming - Is Your Brand Ready?

It's The Time Of Year When The Stars Shine The Brightest

It's never to early to start planning your brand's approach to awards season.  Over the next few months, the world's biggest stars will convene to celebrate the best of the best from music to movies to television and more.

Awards season is a great opportunity for your brand to get involved with event activations, sponsorships, and celebrity gift bags as well as celebrating past product placement that is again in the spotlight in a nominated show or movie. In this blog, Hollywood Branded gives you the scoop on the upcoming awards season and opportunities to get your brand involved. 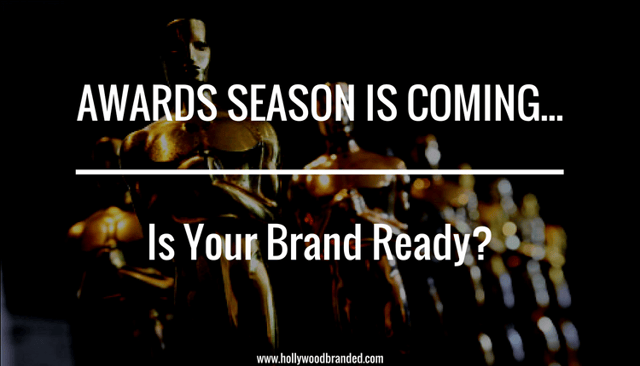 Yes... you just missed the kickoff to Awards Season - but it's not to early to start planning for 2017!

Jimmy Kimmel will host the 2016 Emmys 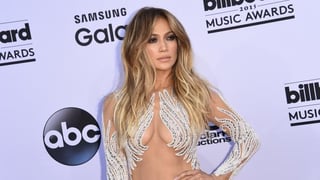 February 25th – Independent Spirit Awards (this is an awesome, laid back event for brands to mingle with the stars in a feet-in-the-sand relaxed environment!) 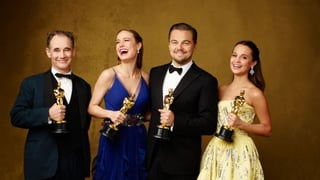 Last awards season, PassionRoses and Hollywood Branded teamed up with the Costume Designers Guild Awards in Hollywood to decorate and attend the ceremony. On top of getting great coverage, many big-name designers in Hollywood were exposed to the brand and its product. 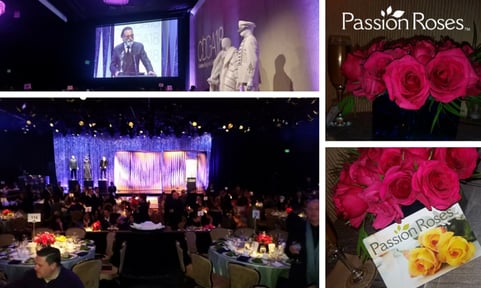 And while only a select few get to actually attend the awards ceremonies, that doesn't mean your brand can't sponsor or partner with a viewing party. Last year, Hollywood Branded and PassionRoses also decorated the Producer's Guild of America Oscars Viewing Party. 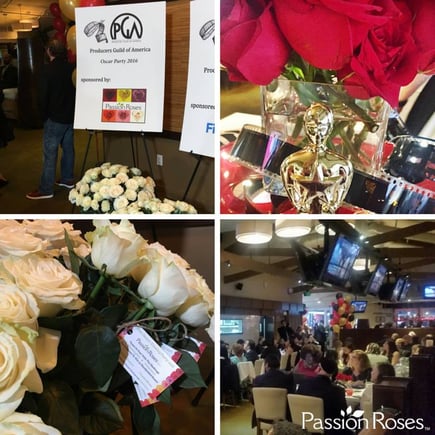 There are so many different ways, big and small, for your brand to get involved with sponsoring events and viewing parties - these are just a two examples that don't cost tens of thousands!

Getting your brand into a celebrity gift bag is one of the best ways to guarantee stars getting their hands of your product - and also one of the easiest.

With gift bags, there are different tiers with different pricing attached. Every category of brand can get involved on a level that matches their price tag, from cosmetics to electronics, even to restaurants or tourist spots.

Check out our Celebrity Gift Bag 101 Infographic to find out more about getting your brand into the hands of celebrities!

Capitalizing On Past Assets

One of the biggest misconceptions of product placement is that the benefits end after the placement is over. Which couldn't be more wrong! If your brand was featured in a television show or movie that is now up for an awards, you have a unique and wonderful opportunity to amplify your product placement success again.

For example, Hollywood Branded worked with BlackBerry and Mozart In The Jungle to place their product throughout the series. When television awards shows rolled around, the TV show got several nominations and ended up winning 2 Golden Globes. 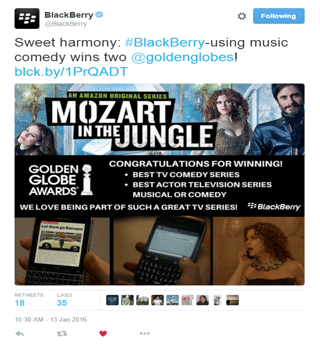 Get Your Brand Involved In Awards Season Today!

The best way to get your brand involved in the upcoming awards show season is to team with an entertainment marketing agency like Hollywood Branded with insider tips, tricks, knowledge and relationships to make your brand marketing a success.