If you’re an avid fan of The Bachelorette and have been following Hannah B.’s season, you’d know that Old MacDonald is the one that got away, Luke P. has major crazy eyes, and that Jed and Hannah really, really, really like Halo Top­­­­ Ice Cream, and that Halo Top Ice Cream really, really, really wants their five minutes of fame. Look, ABC, I love anything that’s high quality and low-cal, but I tuned-in to hear about Hannah and Jed’s love for each other, not ice cream.

Needless to say, the whole thing put a foul taste in my mouth; it seemed rather tasteless. I felt cheated, starting to think that The Bachelorette wasn't about love, but money.  In this blog post, Hollywood Branded looks at an instance of Halo Top product placement in The Bachelorette in order to analyze how poor marketing upsets consumers' expectations.

What's the Difference and Why Does it Matter?

Why was I so angry? I watch advertisements and commercials all the time! Well, actually, that’s the problem. This isn’t an advertisement or a commercial, but the The Bachelorette, and realizing the differences between these types of content is imperative for businesses to know their consumers and how to market well.

When we’re watching a commercial or looking at an advertisement, we know what’s up; we know that cereal doesn’t shine like gold and that vitamins today won’t give you long hair tomorrow. If we read until the end of an Instagram caption or look at the bottom of our T.V. screen, we see the words ‘#ad’ or ‘disclaimer,’ telling us the reality.  With these footnotes, businesses break the fourth wall; they provide consumers with transparency and truth.  These commercials and advertisements are acting self-aware, acknowledging that they are here to sell, and that the product is the star of the show. Nonetheless, we, as consumers, know that they’ve sprinkled in a little Hollywood magic, but we don’t mind­­–––it’s not rhinoplasty, just a little nose contour! That being said, before a commercial even starts, audiences already know what the end goal is.  Consumers have set expectations, but this predictability isn’t necessarily a negative thing as it allows consumers to buy into products without questioning the company’s integrity.

Aside from commercials and advertisements, there is another type of marketing: product placement. It is a practice in which businesses pay movies and television programs to publicize their products. This means that when we are watching a television show or a movie, although we may think that we are buying into stories and people, that’s not to say producers don’t want us to buy into products, too (they just don’t want to be so flashy about it!).

Unlike the previous type of media, for this content we have a completely different set of expectations; we assume that the star is an actor or a character, not a box of Cheerios. Needless to say, for product placement to be done well, products should be placed in such a way that is does not distract from the plot or characters on screen. It should respect and not take away from the audience’s expectations, which means that if I logged into my Netflix to watch Grace and Frankie, I don’t care if Frankie eats a quesadilla from Del Taco, but I sure as hell care if she’s selling me the whole menu!

When done right, product placement is a company giving the consumer a subtle reminder that they still exist; it’s not a chance for them to tell you what’s good about their product, as they would in advertisement, but it’s a chance for them to make sure you give them a second glance.

It’s best executed if it’s done modestly, but what happens when it becomes obvious and showy? What happens when a product is marketed too much, when it’s louder than the narrative on screen? 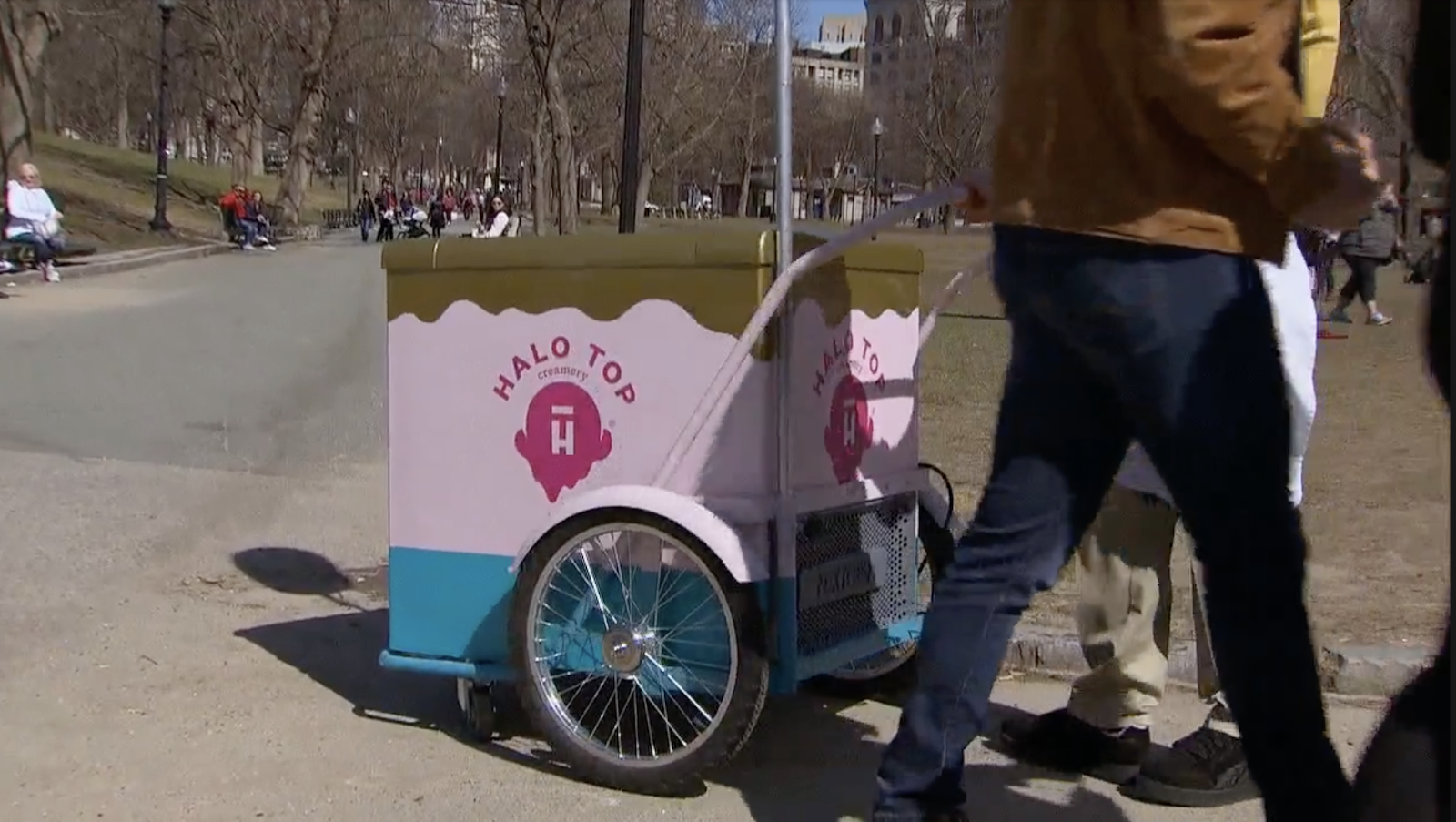 Give the People What They Want!

When an instance of product placement starts to mimic an advertisement or a commercial, the consumer starts to feel cheated. Marketing starts to have adverse effects, as the consumer feels as though networks and companies have played with their expectations and trust; consequently, their positive view of these businesses is now tarnished. Needless to say, consumers want to know just who and what they allowed to buy their attention; they want to know that a commercial is a commercial and a show is a show. This means that the more obvious something is being marketed, the more that the consumer expects transparency; an honest relationship between themselves and the business.

When these boundaries are crossed, it’s practically impossible for the show’s art and the consumer’s enjoyment to remain damage free. In The Bachelorette, I was expecting to see the spotlight on Hannah and Jed, not on a pint of Halo Top’s Birthday Cake flavored ice cream. This thwarted my expectations, and consequently made me think ill of Halo Top and The Bachelorette.  It drew my attention away from the story world and into my living room, giving me a weird existential crisis. It made me aware of the fact that reality television isn’t my reality or even Hannah B.’s!  Isn’t that the last thing ABC wants to do?

We’ve concluded that bad product placement is just bad, however, it seems like it’s an even bigger problem when the content is a reality television show.  The reality we are told we bought into is suddenly very unreal. This is paradoxical, and, in some cases, like The Bachelorette, its detrimental to a show’s fundamental principle, the angle that they use to market themselves: real people searching for real love.  This makes viewers not only question the sincerity of ABC, but also, the sincerity of the characters, the show itself, of the reality that they’re told is true. Unintentionally, for The Bachelorette, bad product placement is practically self-sacrifice.

To market well, it seems that screen time should not be at the expense of consumers’ trust, as businesses have to maintain a certain level of respect and transparency.  This raises a question as to just what product placement should entail––– how much can a product be marketed, and in which way should it be done? How do networks stay true to their viewers, but also true to their contracts to other partnering companies? Is subconscious marketing, good product placement, even enough? It seems as though there is some equilibrium that must be met to save the integrity of marketing and media.

If you are interested in learning more about product placement, check out these blog articles our team wrote:

Want to make sure you avoid marketing mistakes like this one? Subscribe to our podcast Marketing Mistakes (And How to Avoid Them!)