The Hottest Product Placements In Cooking With Paris

It's important for product placement to feel authentic, and when it is practiced in reality TV, it can either feel incredibly natural or incredibly forced.

"Cooking With Paris" is a great example of product placement, in reality TV, done right. In this show, all instances feel casual, while granting brands great exposure. In this blog, Hollywood Branded shares the hottest product placements in "Cooking with Paris," and discusses why brands should look towards similar shows for similar opportunities. 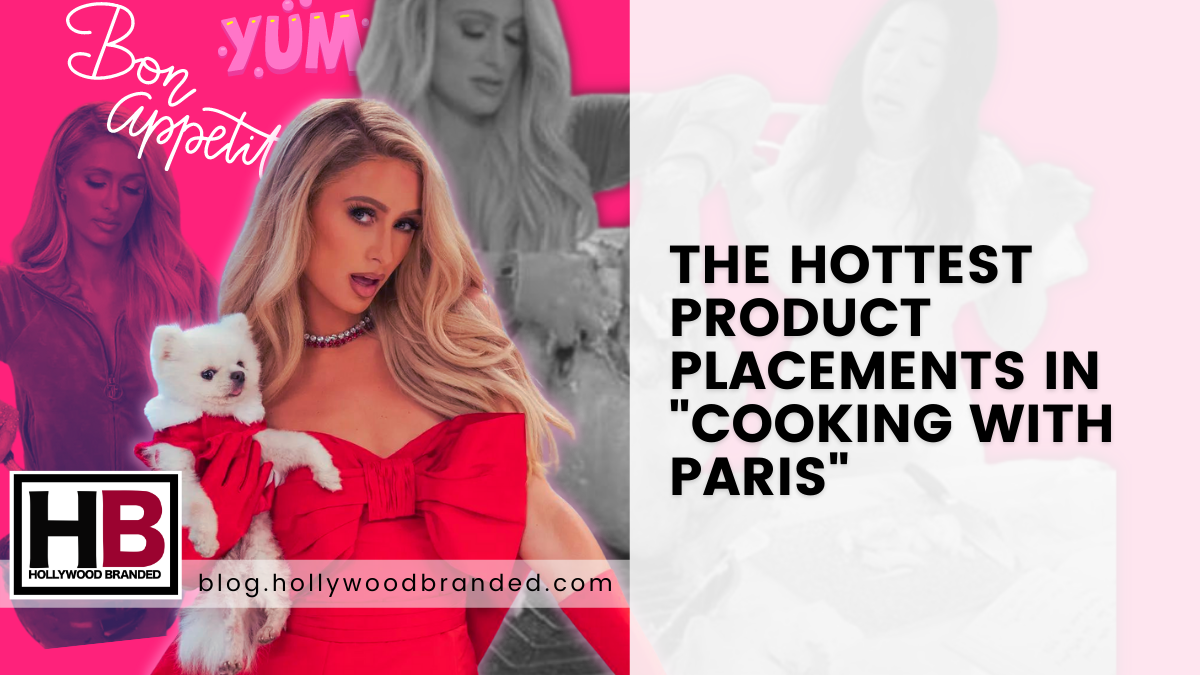 A guilty pleasure of mine is reality TV, and more specifically, that of the early 2000s. If you're anything like my uncle, then you regard this form of content as nothing more than pure "junk," and to that I say "One man's trash is another man's treasure" (quite trite, I know). Now, let me make clear that though I enjoy "trash" TV, I do still have standards, that are, of course, the objective "right" and "wrong."  To me, there's a tier. There's good quality "trash" TV, and bad quality "trash" TV One might ask "Well, where's the logic in this distinction? What exactly constitutes a show as bad quality trash and good quality trash? You've only given me mere examples!" Now, I could attempt to answer this question with some pseudo response that would lead us down the inevitable path of the Euthyphro Dilemma. However, I am going to cut the B.S. and just tell you that there is no logic, other than "because I said so." I'm just right. My justification? I'm a culture connoisseur, baby. My qualifications? An absurd amount of MTV. I digress.

This past weekend, I binge-watched Cooking With Paris, and I'll have to say that it meets the category of "good" trash. I mean, it has Paris Hilton—a woman widely regard as reality TV royalty.  She has been taking over televisions since 2003. 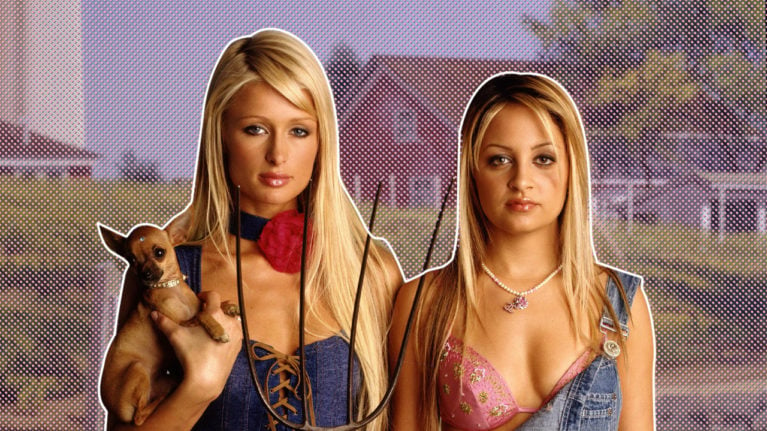 And of course, now Paris, the chef! Cooking With Paris is a great show. Its "plot" is pure genius. A socialite, with little-to-no cooking skills, attempting to chef-it-up? "Cooking" and cleaning with lashes and lippies? It's great. It's a wonderfully satirical take on the 1950's housewife trope.

I am a big fan, but since individuals like my uncle exist, I know it's not for everybody. However, one thing that all should appreciate is the show's execution of product placement. Gelson's, Lucky Charms, Eataly, Dan Tana's, and more, have all gotten great exposure from the show, and each instance feels incredibly natural, casual, and genuine. Let me explain.

In the first episode, "Breakfast In The Clouds With Kim Kardashian West," the show opens up with a shot of Gelson's. (If you don't know what Gelson's is, it's essentially a Ralph's with a wine bar). Paris goes to said store to grab "ingredients" for her meal with Kim K.

We get incredibly cinematic shots of the store's inside, with a glamorous close-up of its cereal aisle.

The inspiration for the meal with Miss Kimberly Noel Kardashian? Lucky Charms! The show tells us that it's Paris' favorite cereal (supposedly).

Now, despite my seemingly sarcastic remark, I'd have to say that Netflix presents a rather compelling case to make us believe that this anecdote is, in fact, true. First, we get a few nice close-ups of the Lucky Charm Leprechaun...

...As well as the Lucky Charm marshmallows...

And, the most compelling piece of evidence is that Lucky Charms is not merely the inspo, but a central part of the entree. What exactly is that entree, you ask? Frosted Flakes french toast "garnished" with Lucky Charms' marshmallows. To top it all off, the decor of her dinner set-up is marshmallow-themed.

Lucky Charms is granted great exposure. They're showcased through three types of product placement: visual, verbal, and usage. Can it get much better than that? Well, maybe.

One big downside is that the show also showcases one of their competitors—Frosted Flakes. Now, these brands are not owned by the same company; one belongs to Kellogg's, while the other belongs to General Mills. This lack of exclusivity isn't necessarily bad, but it solidifies my assumption that this was not a product integration, but in fact, a product placement. Regardless, each brand got much more than 15 seconds of fame, but Lucky Charms obviously stole the show.

In episode 4, Paris hosts an "Italian night" with Demi Lovato, where they attempt to make pink, heart-shaped ravioli and glittery cannolis, that Paris later coins as The Paris Hilton Unicorn-Oli. The episode begins with a still shot of Eataly, as Paris jet-sets over to grab some ingredients for the meal.

Similar to the previous episodes, we watch as Paris peruses down the aisles, picking out what she needs. She makes her way from the produce, to the prosciutto and the cheese, showcasing all the foods that Eataly has in store.  Paris also showcases Eataly's store-made 'za, as she stops by one of their stands for a quick slice. And unsurprisingly, when Paris and Demi later mess-up their hot pink, homemade dough, Eataly comes to the rescue with their pre-made ravioli—grazie dio!

The inspo for Italiano? Dan Tana's. Paris tells us that this place is the Hilton fam's favorite restaurant in L.A. They're regulars. Both Rick and Nicky Hilton have their own dishes on their menu. How do I know this? Well, Paris told me.

Her mission this episode is to make a meal that would land her a dish on Dan Tana's menu—hence, the heart-shaped ravioli and glittery cannoli. While the first dish ended in a disaster, she successfully managed to craft the second one, the cannoli.

So, at the end of the episode, we get a short interview from Dan Tana's head chef to get his thoughts on adding the Unicorn-Oli to the menu. His response? "Maybe, why not?" I'm sure Paris will keep us updated with the status on that.

It's a little unclear if this is a case of product placement or product integration, but what I can confidently say is that this is much more than a cameo. I mean, c'mon? Shots of il ristorante? A one-on-one with my guy Neno? A whole damn plot-line for Dan Tana's? It's great exposure for the restaurant, and most importantly, it's been elegantly done. I'm convinced the food is good, and I'm sure that many Los Angelenos, just like me, will be heading over for a bite.

I think that the reasons as to why these placements feel so natural, is first, because Paris is a natural at acting casual. Her relaxed demeanor and vocal-fry makes everything seem low-key. Nothing she says, or does, seems forced, and her on-screen confidence makes everything all the more convincing. Which is why I, along with many viewers, are pretty damn convinced that Lucky Charms really is her go-to. Secondly, it's a cooking show. It's a reality show with a format, and the format requires using products, all the time. So, none of these placements feel out of the blue or unnecessary. Thirdly, they've also managed to weave these products, such as Lucky Charms, or places, such as Dan Tana's, as part of the show's storyline, which, again, makes perfect sense because of its format.

Not everyone is a huge fan of Paris Hilton, but there is a massive amount of people who are die-hard stans, and many find it humorous to watch her attempt any form of manual labor. So, many will be tuning in, which will result in big bucks for these big named brands.

Since reality T.V. is popular among many viewers like me, and because many celebrities (i.e. Paris Hilton, Selena Gomez, etc.) are taking on their own cooking shows, I suggest that brands start for similar opportunities. Give reality cooking shows a shot! From kitchen appliances to simple snacks, there are many brands that can be showcased in this sort of field!

Want to learn more about all things product placement? Check out some blogs that our fellow team members have written!

If you really, really want to learn about product placement, check out our e-Book!