Comeback Brands of the Decade


They're Back For More!

Most of us love a good comeback story, and it's no different when it comes to brands! There are tons of brands that have been relevant for the past decade or longer, and even more who never became relevant or only had a brief stint of fame.

But perhaps the most interesting of them all are the ones who were relevant, dropped off, and then returned more powerful than before! In this blog, Hollywood Branded explores which brands have fallen but had great success building back up in the last 10 years and how they became the comeback brands of the decade! 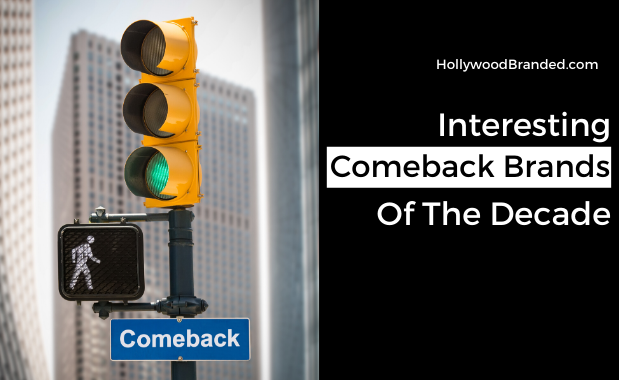 Numerous times, Barbie was thought of as marketing an impractical body image and idea of women. She was criticized for the classic look and beauty standard that was setting goals for girls since the brand launched in 1959. Barbie was facing a fast decline in sales and knew they had to change to regain their relevance.

What they did to change up who they were completely fixed their problem. According to the Huff Post, it worked as their “sales rose to 7 percent bringing them to $971.8 million in 2016, putting an end to four consecutive years of steep declines.”

Barbie recreated the Fashionista line which included Barbies with all different skin tones and hair colors and also took away the high heels from the classic Barbie. They also introduced body diversity that had dolls who were curvy, tall, petite, etc. The brand is even going further to introduce a tall African-American Barbie with an Afro, a red headed petite barbie with a girl power T-shirt, and a mini-skirted blue-haired Barbie. In all there will be 10 skin tones, 4 body types and 15 hairstyles for Barbie. 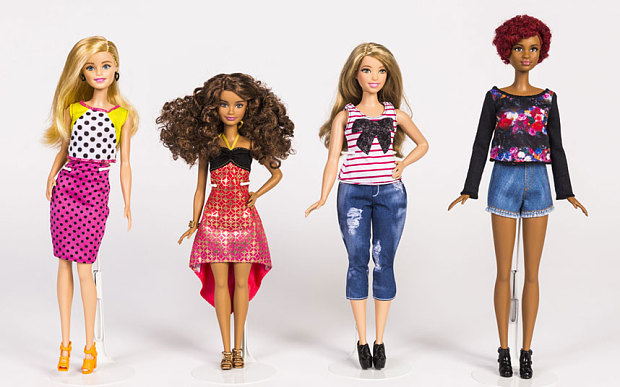 Winning back parents and their controversial feelings about the doll was the key factor in Barbie’s resurgence. Barbie had a commercial that was not just aimed at girls but also their parents where they were playing with the dolls together. Barbie hopes these changes will expand what girl’s possibilities are.

Back in October of 2018, Toys “R” Us filed for bankruptcy after being shut down since June. In January of 2019, the Toys “R” Us trademarks were transferred to Tru Kids. In July of 2019, Tru Kids made the announcement that they were going to open two stores. One being in Texas and one in New Jersey as an attempt at a United States comeback.

This past Christmas, 50 Cent decided to give his 7-year-old son, Sire, an unforgettable holiday. 50 Cent decided to rent out the whole Toys “R” Us in New Jersey and he told his son “You can have whatever you see. All of it’s yours, really, so you might as well pick out whatever you want, right?” Yes, 50 Cent basically bought his son an entire Toys “R” Us for Christmas. 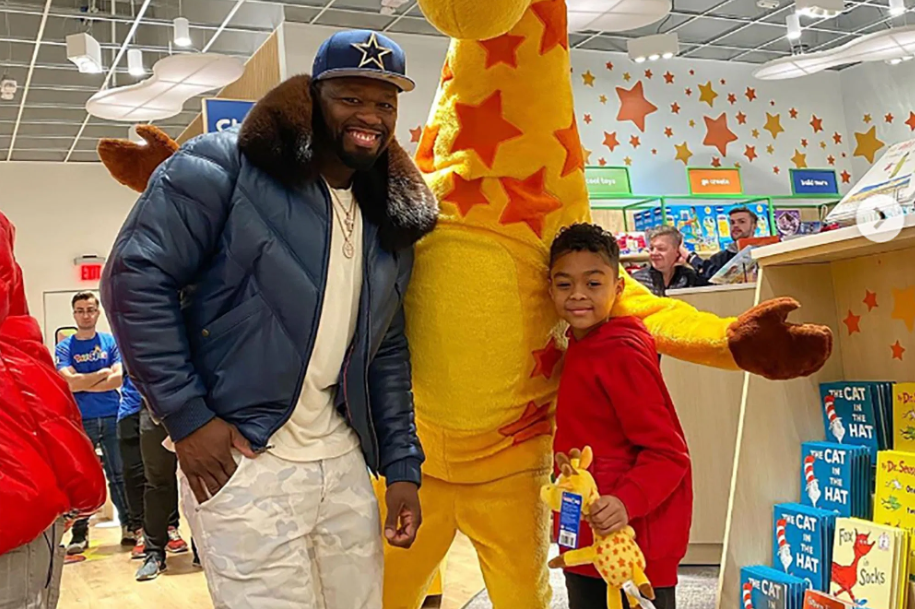 Interestingly enough, both 50 Cent and Toys “R” Us have declared bankruptcy in recent years, which may contribute to the relationship there. The rapper filed for Chapter 11 bankruptcy protection in 2015. Toys “R” Us closed up shop in 2018 before reorganizing as Tru Kids Inc. and reopening two brick and mortar locations, one in Houston and this one in New Jersey.

Now that cell phones are so high tech and the photos come out spectacular, camera sales have dropped dramatically. Polaroid found an innovative and creative way to make printing mini photos fun. Kids are also inundated and enamored with retro cameras so Polaroid kept the look of the older cameras. 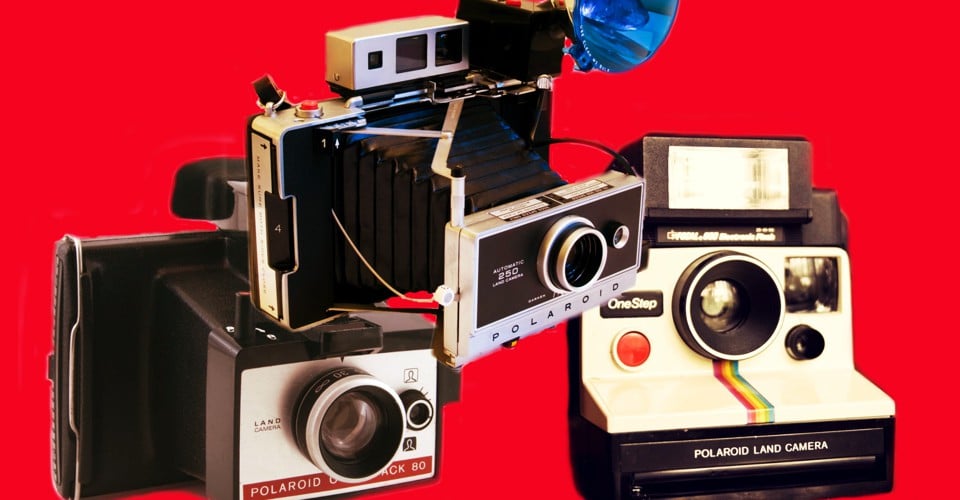 After filing for bankruptcy two times, things are finally on the rise for the iconic brand. Polaroid completely benefited from growing sales of instant print cameras. According to NPD Research Group, their sales grew 166 percent in 12 months finishing in September 2016. The Director of social media and digital strategy and C&A Marketing, Aaron Paine, says it’s about celebrating our heritage and bringing it forward through products and brand promise. It’s about being present and making our brand relevant, in life’s various moments.”

The brand is continuing to unveil new products, everything from iPhone photography, consumer 3D printing and camera drones to fun cameras that produce on-the-spot prints. These new items let Polaroid stay on top of their game by balancing the retro feel with modern technology. Polaroid’s approach is straight forward by remaining true to the hands-on fun and engaging feel of the initial Polaroid, while pushing the boundaries with a different approach. 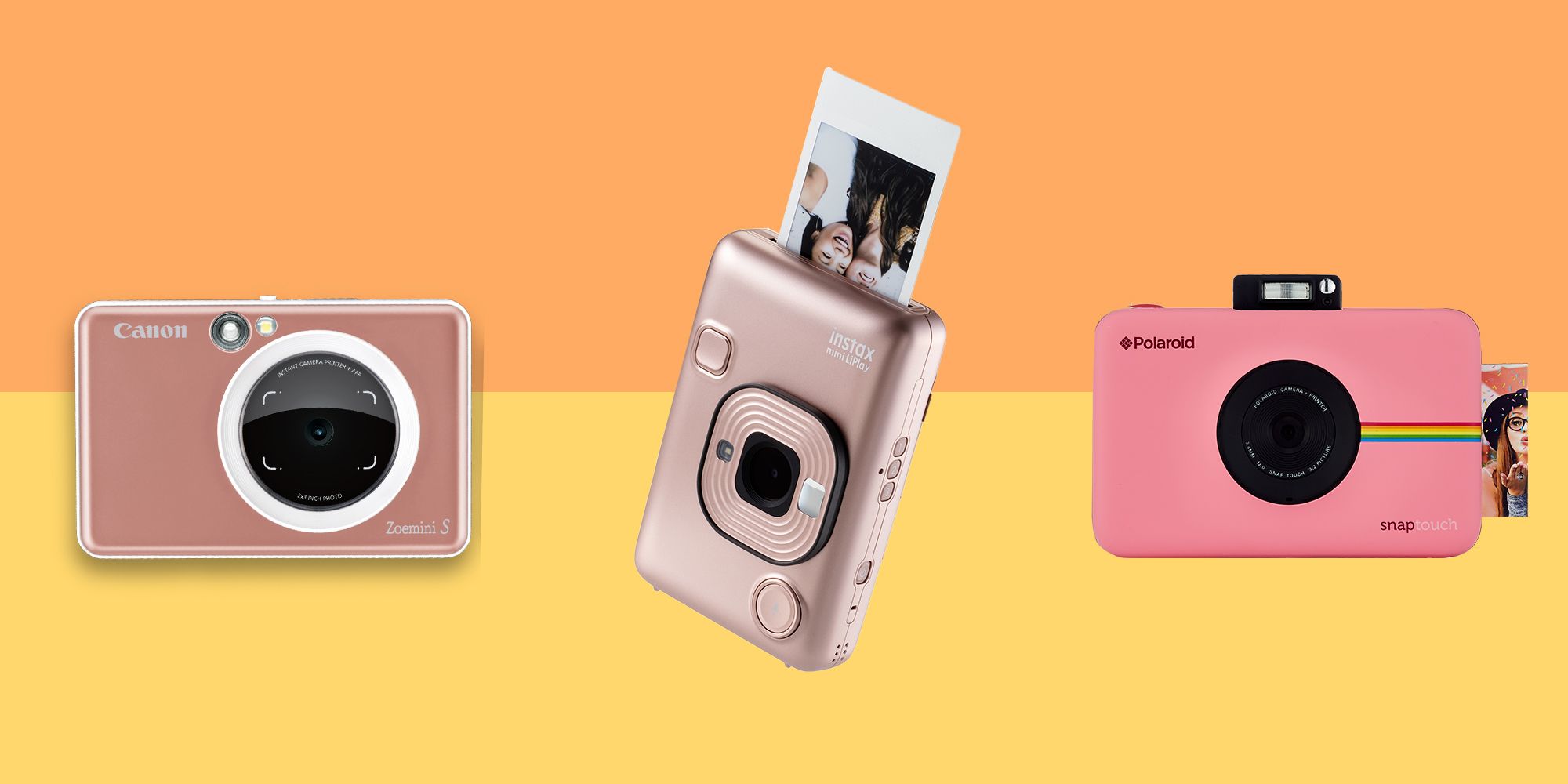 The VP of cultural strategy at Sparks and Honey, Rob Henzi, says “Polaroid’s comeback can be attributed to people’s newfound penchant for reviving and iterating on past media, content, and products — be it the success of the Nintendo Mini Classic console or vinyl records. People have a hunger for classic products and experiences, and the Polaroid brand has had an opportunity to tap into that mindset.”

The CDC finally declared the E. coli outbreak is done. There were two different outbreaks of the bacteria in late 2015 to early 2016. The first situation affected 55 people in 11 states which landed 21 people in the hospital. The second, smaller but still infected five people in three states landing one in the hospital. However, there were no deaths in either outbreak.

To gain the trust and win back their past customers, Chipotle had to communicate all the ways they were going to prevent any future safety concerns. They hired a new safety officer who instituted a wide range of health precautions. They also launched the "For Real" campaign in 2018 which helped the brand claim their voice and focus on food safety. This helped launch sales as well as customers dining at their restaurant. The stock price also hit new highs, above $800 per share.

Chipotle is also marketing in special ways by adding limited time items, like carne asada, finding interesting ways to promote existing products as well as specific loyalty points, etc. Chipotle found a way to celebrate their brand and they are extremely pleased with how their customers are reacting. 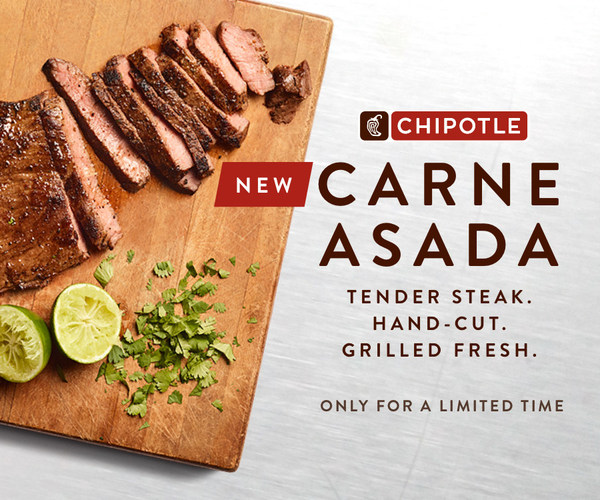 Old Spice Spiced It Up

Old Spice was known as just another grooming product out there with tons of competition. It was founded in 1938 and was originally packaged for sophisticated older gentlemen, usually ex-military. Then it became just a brand associated with elderly men and it was losing traction. The brand needed to reinvent their image and it slowly did that with different campaigns throughout the years.

However, when the brand was working on promoting their shower gel, they hit a major bump in the road. Women were purchasing more than half the body wash for men in the households, and men thought using body wash as opposed to a bar of soap was unmanly.

Old Spice came up with the “Smell Like A Man Campaign” to market to female purchasers and cast the product as manly. This was a commercial that launched just before the 2010 Superbowl that turned into a viral video. The commercial did not air during the Superbowl however, it was one of the most talked about commercials and Old Spice sales soared because of it. This campaign helped advertisers see the benefit of pushing boundaries to connect with the younger generation. The commercial stars Isaiah Mustafa, former NFL wife receiver, standing in a towel in the bathroom.

Old Spice became a modern brand because of the Smell Like A Man Campaign. The YouTube views were nearly at 105 million, the earned media impressions at 1.2 billion, the followers on social media soared and Old Spice became the Number 1 most viewed sponsored YouTube Channel. By the end of 2010, Old Spice had become the leading body wash brand for US men with sales up 125%.

Want to keep learning about different business practices that are known to be game changers for projects and businesses? Check out these blog posts we have written.

A great way to stay in the loop is with our podcasts. Subscribe to our Marketing Mistakes one below so you keep up with us in real time!