How Pop Music Artists Use Brands In Song Lyrics For Partnerships

Music is one of the most universal ways for musicians to share their stories with fans; no matter what language a song may be in, people around the world can enjoy a song and its lyrics without even needing to know what is being said. Brand name drops in music are some of the easiest ways that brands can get publicity in a way that will reach millions, and the majority of the time, brands don’t even have to pay for the placement.

Musicians including popular brands within their songs is a catchy way to showcase interest in a potentially mutually-beneficial partnership that can last for years to come, if both parties are interested. In this blog, Hollywood Branded explores how pop music artists name-dropping brands in their song lyrics can lead to massive success for brands.

Perhaps one of the most well-known singers across the globe, Taylor Swift, is no stranger to brand deals. From Keds to CoverGirl, CapitalOne to Diet Coke, Taylor has been doing brand deals with big companies for years. As a world-renowned pop star (with over 352 million followers over three social media platforms), Taylor has helped many different brands find customers that typically would never look into their company. Her reach is monumental; for example, Swift penned a now-viral open letter to fans about politics and the importance of voting. After posting the letter, 65,000 individuals registered to vote. This perfectly showcases how important her voice can be to sparking change, and to getting fans to explore the brands that she works with. 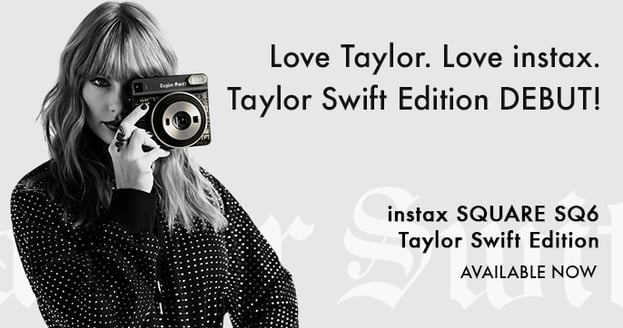 While she has had many successful brand deals, none of them have found themselves within the lyrics of a song. That’s not to say Taylor has never mentioned brands within her songs; multiple hits of hers have casually name-dropped some major brands, and some of those lyric inclusions have led to huge success for the brands.

Taylor is no stranger to mentioning brands in her songs. From Band-Aids in “Bad Blood”, to Nikes in “Delicate”, Swift’s clever lyrics (and incredibly loyal fanbase) have given brands free exposure (and, while stats are not easily available to see if her lyrics have made sales increase, it is very likely that fans went out to buy products sung about in her songs in hopes of supporting Swift’s lyrics and career). 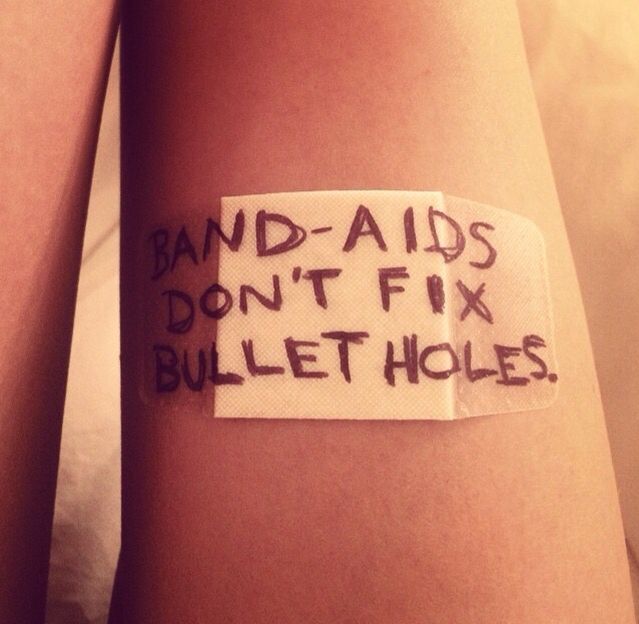 However, that is not to say that all of the name drops in her songs haven’t led to partnerships (or massive success for brands); in songs such as Out of the Woods and London Boy, brand mentions have given companies incredible (free) exposure and have allowed for Swift to easily work with brands in substantial creative partnerships. In her critically-acclaimed, Grammy award-winning album, 1989, Swift used Polaroid photos as a way to promote her music in a creative and nostalgic way. She even went as far as name-dropping the brand in her song, “Out of the Woods”, singing that “you took a polaroid of us…”

While the brand had no involvement in the songwriting process, they definitely reaped the benefits of Swift’s seemingly innocuous name drop. Her mention and use of Polaroid photos as a way to connect with fans allowed for Polaroid to find success within a new generation; hordes of Swift’s fans flocked to buy instant cameras in hopes of recreating photoshoots that Swift had done for her album. This name-drop led to a partnership with Swift and Fujifilm and Instax, where she designed her own instant camera and film set, shortly after the release of her sixth studio album, reputation.

After 13 years (and counting) in the music industry, Katy Perry has amassed quite a few successful brand deals, including deals with CoverGirl, H&M, Comcast, and Adidas. Although she has had a number of successful brand partnerships, none of those deals have found themselves in the lyrics of any of her songs. That being said, some of her lyrics have helped catapult brands into success with new markets (and have helped Perry launch herself into new partnerships, as well). From cherry Chapstick to Dom Perignon, Perry is not shy when it comes to name-dropping brands in her songs. 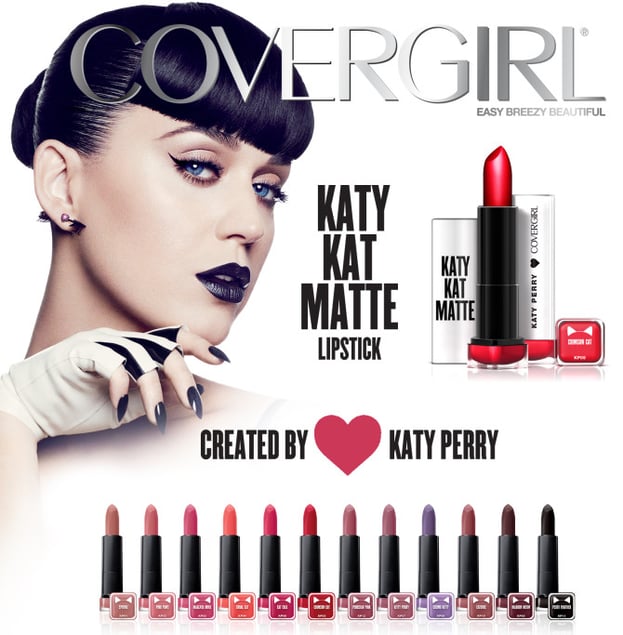 Perhaps most famously, Perry name-dropped Harley Davidsons in her chart-topping hit “Harleys in Hawaii,” in a massive brand call out that was unbeknownst to the brand prior to the song’s release. The song gave free advertising to Harley in a mode that had never before been explored by the company; the publicity allowed Harley to be introduced to a completely new demographic. The catchy single was widely played on the radio and drove free exposure to the brand, which opened up the opportunity for a partnership between Katy Perry and Harley Davidson.

The company jumped at the opportunity to be included in Perry’s music video for the song, where they, according to an article in the New York Times, provided bikes for video, and paid a “nominal fee to Universal Music Group for digital assets — photos and video clips — for use in its own social media channels.)” Harley definitely found success within the partnership, with Perry branding the bike as a “new feminist symbol,” which massively helped the brand find a new market than the one that they typically find success in. And the brand badly needed it, as they have been dealing with an 'aging out' issue of buyers who are of an older demographic.  In this case, the world of youth opened up to Harley.

In the single that made her a chart-topper, Halsey sings about liquor bottles and cigarettes lining the song’s protagonist’s new Balenciaga bag. “New Americana” spent 12 weeks on the Billboard charts and was widely played on pop, rock, and alternative stations, which helped catapult Halsey into fame. Despite name-dropping Balenciaga in the catchy, widely-streamed song, Halsey never has done a brand deal with the company, and the company never paid for the mention; it was simply a brand that worked well with the song and the beat.

However, Halsey is very familiar to the world of brand deals; shortly after the release of her first studio album in 2015, Halsey started partnering with well-known brands to showcase her music and her persona while advertising products that perfectly worked with her aesthetic. 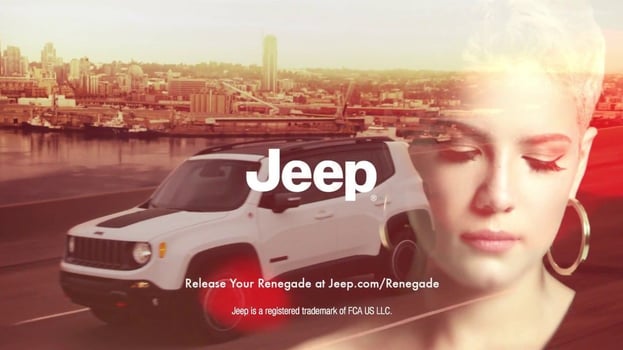 From MAC to Jeep, Beats by Dre, and Yves St. Laurent, Halsey has found herself as the face (or, technically, the voice) for many different companies in brand deals that last years. In her MAC and Yves St. Laurent deals, Halsey has had the opportunity to serve as the face of their campaigns, and has also had the opportunity to stretch her artistic talents with the brands, as well.  As one example, Halsey created a lipstick in collaboration with MAC’s Future Forward Campaign and served as an Instagram “makeup artist” with YSL Beaute.

In her Jeep deal, her song, Bad At Love was the forefront, with b-roll of Jeeps driving through the forest superimposed over the singer’s body as she proclaimed that she was “a renegade.” These TV spots were on virtually every channel for months, which allowed for the second single off of her second album to get massive mainstream exposure, as well as allowed for Jeep to find potential new customers in Halsey’s fanbase. In her years-long partnership with Beats, Halsey has been able to share her music as well as her personality through multiple different TV spots with the brand; as her music evolves, so does the brand.

Brand partnerships are easy ways for musicians and companies alike to gain exposure within areas they never before thought possible; it’s a win-win for both parties in a way that allows for brands and musicians to showcase their creativity.

Want to learn more about successful brand integrations within music? Check out the blogs below to see what else Hollywood Branded has written!

Curious about how to best integrate your brand into the lyrics of popular songs?