How Spotify Is Building A Larger Presence With Podcasts

The Reach Of An Audio Streaming Company

Podcasts are gaining a lot of traction and Spotify is securing their spot in the industry. They are pioneers in what an audio streaming company can accomplish; but if other companies do not offer new ways to develop their podcast community, they may be struggling behind.

This year’s deal between Joe Rogan and Spotify, was one of the largest made for an exclusive podcast partnership. This was also a call to action. In this blog, Hollywood Branded looks at how Spotify is securing themselves in the podcast industry, new ways similar companies can bump up their podcast listeners, and why podcasts are important for companies to invest in. 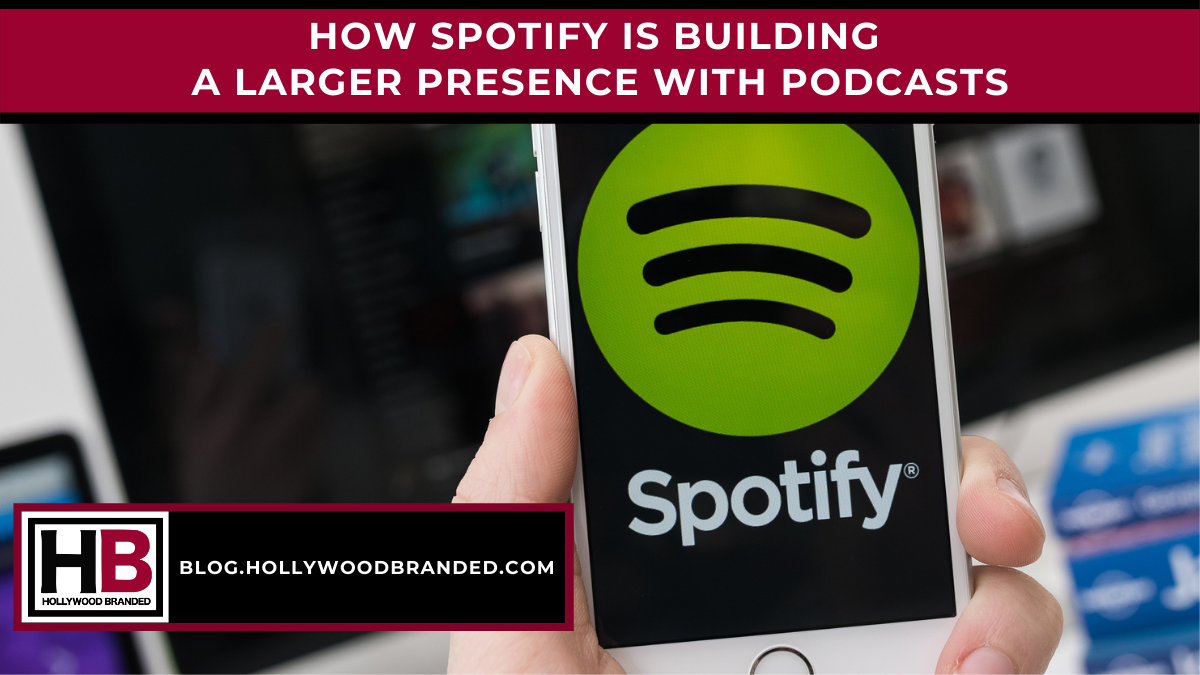 The Podcast Deal Between Joe Rogan and Spotify

The multi-year licensing deal between Joe Rogan and Spotify wasn’t something that was out of the blue. In actuality, many Spotify users were searching for his podcast on their app. So this deal was something that was looked forward to and it really shook the industry as to what an audio company can accomplish. Even though the contract isn’t yet available to the public, this is what we know:

The Wall Street Journal states that the deal was upwards of 100 million dollars. This largely tells advertising companies how profitable podcasts can be when companies like Spotify are willing to put down that much for one podcast. It also is a huge wake-up call for how other companies should look upon their business; seeing how podcasts are another wave that can help build more revenue.

If you do not listen to podcasts nor seen the 2001 hit-show Fear Factor, you might not know who Joe Rogan is. Joe Rogan is a stand-up comedian with specials on Netflix and Comedy Central, former UFC commentator, host of a few hit TV shows like Fear Factor, but now more widely known for his podcast called, “The Joe Rogan Experience”.

Rogan produced the first episode of this podcast in 2009 with another comedian, 11 years before the growth of his audience and the Spotify Deal. During those developing years, he has brought in many well-known people from all different types of backgrounds and career fields. People such as Elon Musk, Anthony Bourdain, and Dr. Rhonda Patrick. But what captured the attention of his listeners is how real, uncut, and different the episodes are. When starting new ventures, people usually look at how others create their platforms and use them as their outline. But instead, Rogan decided to lay his outline exactly the way he wanted to without any outside influence. He wanted his podcast to be as genuine, controversial, and unconventional as he is. Since then, the podcast has had a successful 1502 episodes with millions of views on YouTube and is the most downloaded on Apple Podcasts. Which Spotify had seen and later offered a licensing deal to bring his show exclusively onto their platform.

The deal that Joe Rogan and Spotify agreed to was a multi-year licensing deal. Many Spotify users were searching for his podcast on their app and Spotify definitely delivered. This deal was looked forward to and it really shook the industry for what an audio company can accomplish. Even though the contract isn’t yet available to the public, this is what we know:

The Wall Street Journal states that the deal was upwards of $100 Million dollars. These high numbers further prove the point to other tech and advertising companies, podcast channels are very profitable and should be taken seriously. This should be an alarm for other companies to expand their business; seeing how podcasts are another wave that can help build more revenue. 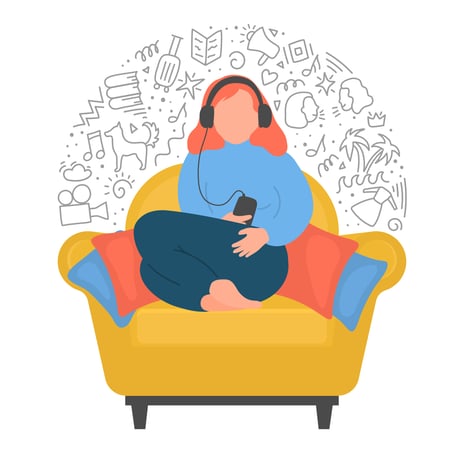 The Future Monopolization Of The Podcast Industry

Spotify, as you now know, has made many strides into being a driving force of the Podcast industry, but what about other companies? This was ultimately a wake-up call for companies like Apple, YouTube, and Amazon to take a firm stand.

In 2005, Apple started focusing on Podcasts, which was an addition to Apple’s iTunes feature, for people to discover new shows. This transition was favored at the time by CEO Steve Jobs, stating “Podcasting is the next radio”, which came to fruition. The Podcast industry and audience started booming but the only thing that supplemented the change was Apple creating a stand-alone app called Apple Podcasts in 2012. It has so much potential to reach and maybe even surpass Spotify is currently making.

Which brings us back to the “Joe Rogan Experience”; it originated from Apple Podcast and published videos on YouTube. It is ranked as the most downloaded and highly ranked show on Apple’s Podcast 2019 list. Seeing that Spotify made an exclusive partnership with one of their most viewed shows, it’s only fair that Apple should become more communicative with their content creators. What they should do now is focus on a strategy to lock down their current listeners and start partnerships with Podcasts already on their platform. Maybe even create new ways of monetizing/creating subscriptions for their downloadable podcasts. This way, they can continue to create new ideas and entice new up-and-coming podcasts to join them.

Now onto another potential player in this podcast industry, YouTube. YouTube has had many great creators join its platform to make a name for themselves. Similarly, Joe Rogan grew his audience by uploading content on YouTube and Apple Podcast which was well-received. But Joe Rogan is not the only podcast content creator. Other Youtubers with large audiences like David Dobrik, Grace Helbig, and Josh Peck are just a few that have their own audio shows.

Seeing that YouTube has a large force already on their platform, really puts in perspective of their level compared to Spotify. Another factor that supports YouTube is their streaming service called YouTube Premium, formerly known as YouTube Red before it was switched to the latter in 2005. This subscription service gives viewers no ads, access to download videos, and exclusive content from their favorite creators. Similar to what Spotify is aiming for in its future.

Stated in the Podcast deal, Spotify will be uploading all of Joe Rogan’s videos on its platform exclusively. This move can be viewed as a direct competition to YouTube, making their viewers stay on Spotify’s app longer. But again, YouTube still has the upper hand when it comes to content creators with large fan-bases. All YouTube needs to do is create exclusive partnerships as well as promote them on YouTube Premium’s mobile app, YouTube Music. In turn, this will balance out how much of each other’s audiences switch from each app.

Overall, Spotify is now a force to be reckoned with as other companies try to see what they can do. Now all that is left for us is to do is wait for new implementations to take place and see how it changes the industry.

Until then, check out these blogs if you want to learn more about starting your own podcast or how your company can implement podcast advertising:

Interested in learning about marketing mistakes as well as how to avoid them? Check out our Podcast that gives you the inside scoop and more!