The Top Female Social Influencers Of The Moment

The Top 10 Women of the World Wide Web

A new era is upon us. Celebrities aren't just coming from TV shows and the silver screen; internet celebrities are becoming as recognizable and influential as, if not more than, traditional celebrities. And according to USC Professor Jeetendr Sehdev and his studies, female influencers, especially, carry a lot of influence.

Whether lifestyle, fashionista, businesswoman, or mom - female influencers typically have more engagement and bigger brand deals, and greatly outnumber male influencers. In this blog, Hollywood Branded looks at the top ten female social influencers: who they are, what they do, why they are so famous, and just how far their reach is. 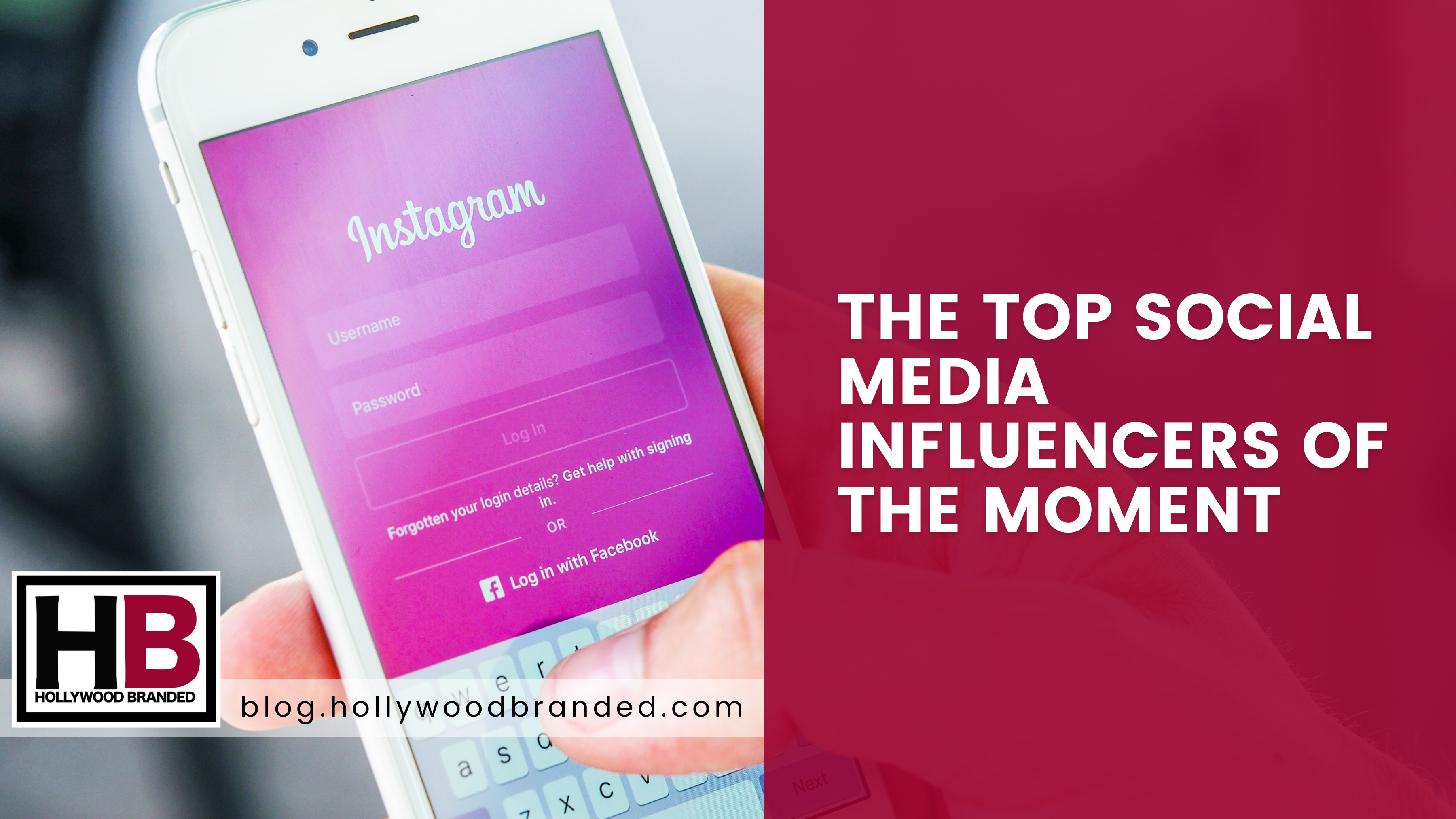 Estee Lalonde is the poster girl for moving abroad and making a successful life for yourself in a new strange country. She packed up her things and moved to London ten years ago, and has steadily grown her social media following since. She regularly shares insights into her life on her Instagram and through vlogs on YouTube and even recently started her own podcast, The Estée Lalonde show, where she chats with other influencers about their careers, pop culture, politics, and more.

Estée's posts vary from looks into her travels, to snapshots into her daily life, to even sneak peeks of her wildly successful jewelry line! Lalonde has built an empire for herself, inspiring hundreds of thousands along the way. Her perfectly curated (but still natural) social media accounts are a surefire way to open your brand up to new consumers.

TV personality, social media influencer, mother, and entrepreneur - Kylie Jenner can do it all! Kylie Jenner may have made a name for herself through her sisters, Kim, Khloe, and Kourtney Kardashian. She got her start as a reality TV star and social media influencer, but expertly took her following to create an empire for herself. In 2015, Kylie launched her makeup line, Kylie Cosmetics, with a line of "lip kits" (including a matte lip color and lip liner) as well as eyeshadows. The uber-successful cosmetics company consistently sells out of products within seconds and are often resold for hundreds of dollars.

With a highly successful cosmetics company under her belt, she is now expanding her reach into skincare, babywear, and swimwear. Soon enough, Jenner might actually take over the world! 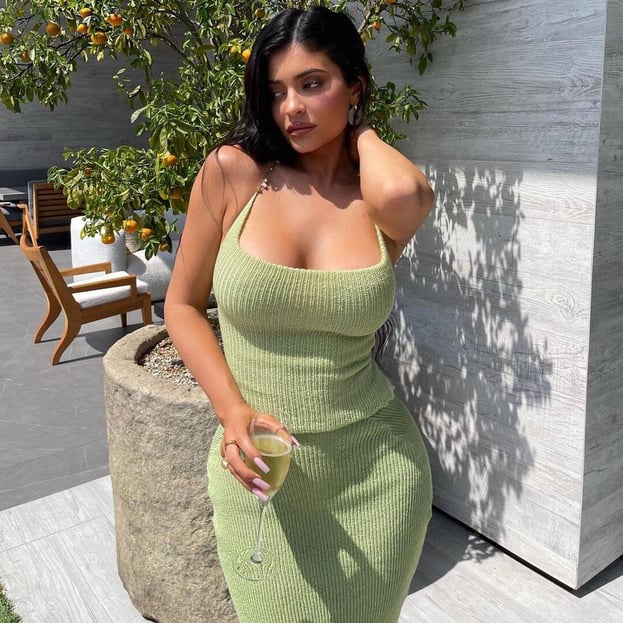 Charli D'Amelio has made an empire for herself. She started her career by posting dancing videos on Tik Tok, and has grown astronomically ever since. With almost 80 million followers on Tik Tok alone, Charli has created a name for herself in the influencer space. After becoming the most-followed creator on Tik Tok, Charli decided to extend her reach to the big screen. She made her feature film debut while voicing a character in the animated film, StarDog and TurboCat and currently has her own show on Hulu, The D'Amelio Show, which follows her and her family throughout their day to day lives.

While still continuing her work on social media, Charli also started her own makeup and nail polish lines, as well as takes part in a myriad of brand partnership deals. The connections that her posts foster helps bring a sense of trust and comfort to her followers, making her another amazing influencer to partner with! 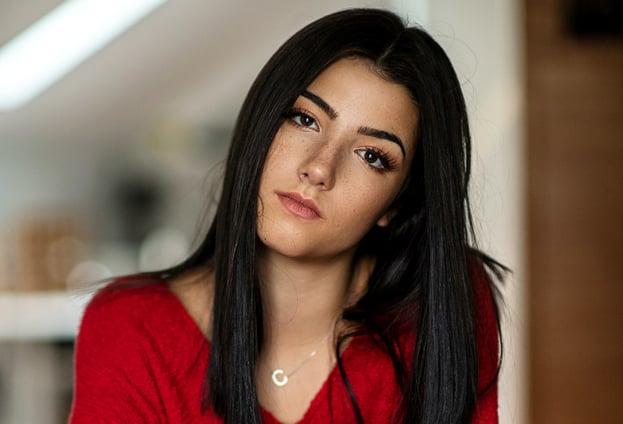 Fitness influencer Michelle Lewin has cemented herself as the queen of fitness on Instagram. With over 3 million followers, her own fitness clothing brand, and a patented at-home workout kit of her own invention, Lewin is. unstoppable.

She has inspired millions to be their best selves by working out and eating healthy while still having fun and taking time to rest and relax. Her inspiring posts and helpful workout videos are great ways to get your product in front of millions of followers who want to better themselves, making her another amazing influencer to work with! 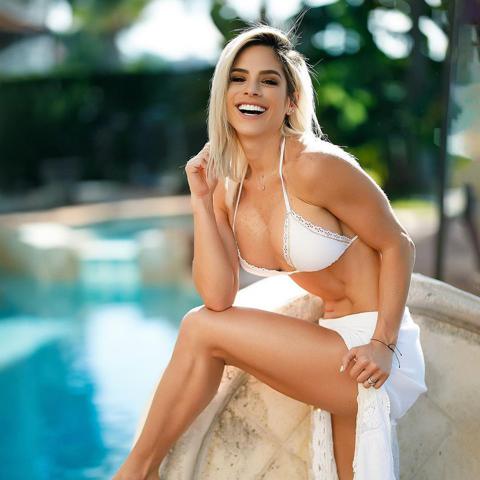 New York-based fashion and lifestyle blogger Chiara Ferragni is no stranger to brand partnerships. From modeling for Guess to partnering with Chanel, Ferragni has made a name for herself in both the fashion and influencer world.

A trailblazer in her own right, Ferragni was the first blogger to be featured on the cover of Vogue and has continued to break barriers throughout her career, inspiring millions along the way. Her effortless style and stunning posts give followers something to look forward to each time they log onto Instagram and also give brands the perfect person to partner with if they want aesthetically pleasing high-quality campaigns.

Christina, better known as "Tinx" on TikTok and Instagram, is a writer and content creator. Her claim to fame is her "Rich Mom" series on TikTok, in which she pokes fun at the culture of wealthy white moms in LA, New York, and London. She also loves sharing celebrity gossip and reviewing TV shows and movies, and is now taking viewers along on her wellness journey.

While her following isn't the largest of the group, she is constantly gaining new followers with her Amazon lists and fashion tips. Her first "Rich Mom" TikTok garnered 1 million views and helped catapult her to fame! 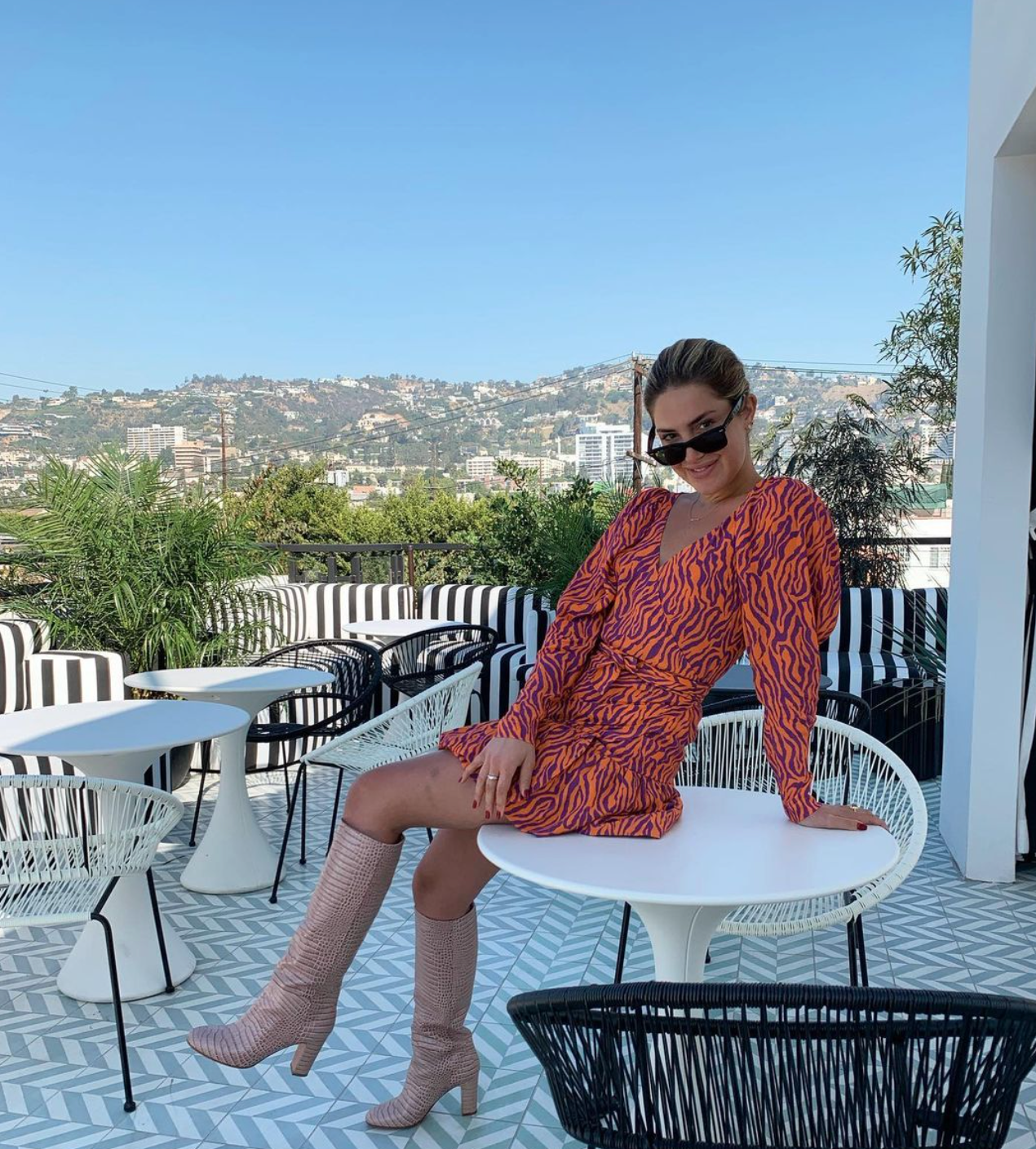 The reality star is known as the first ever influencer, and is famous for her pouty selfies. She has even produced a coffee table book, titled Selfish, that showcases all of her most iconic self-portraits. The socialite has also helped popularize influencer marketing, which has become incredibly popular on a number of social media apps, today. 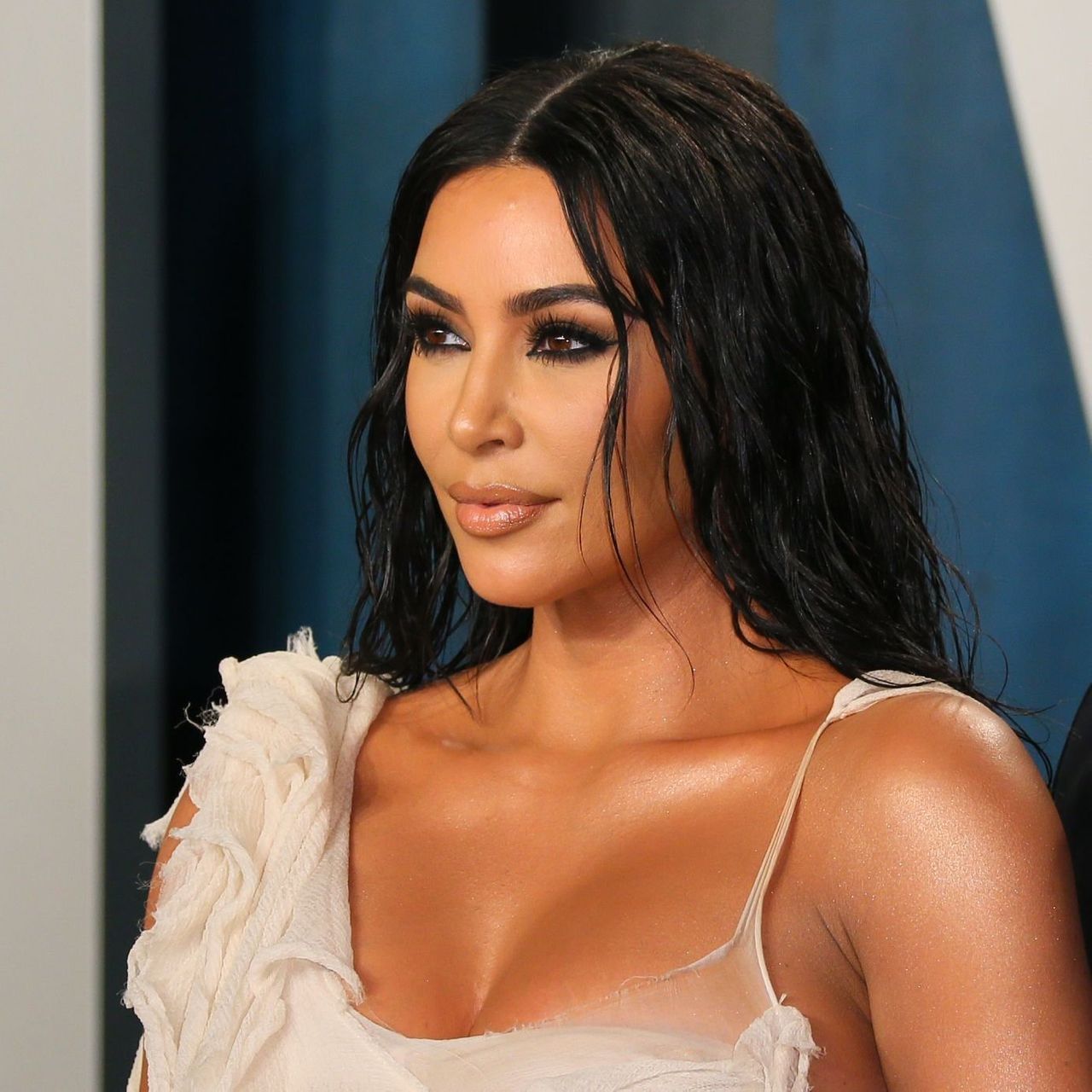 Rae rose to fame through the app, TikTok, where she leveraged her dancing skills to participate in trends that would allow her to make it big. Through her fame, she has managed to produce both a beauty line, as well as a fragrance line. She also recently a mulit-picture deal with Netflix, following the release of her debut film, He's All That. To this day, she is still one of the biggest creators on TikTok. Andrea Russett is a YouTube, Instagram, and TikTok influencer with millions of followers on each platform. She got her start on YouTube 10 years ago, when she was only 13, under the handle "GETTOxFABxFOREVERR."

She started steadily gaining followers as her YouTube career continued, where subscribers loved her vlogs fashion tips, which were both relatable and funny, making followers feel like they were watching a close friend share their life.

Andrea now has 2.9 million subscribers on YouTube and 5.1 million followers on Instagram, where she still shares snapshots into her life, as well as chronicles her career in the music industry. 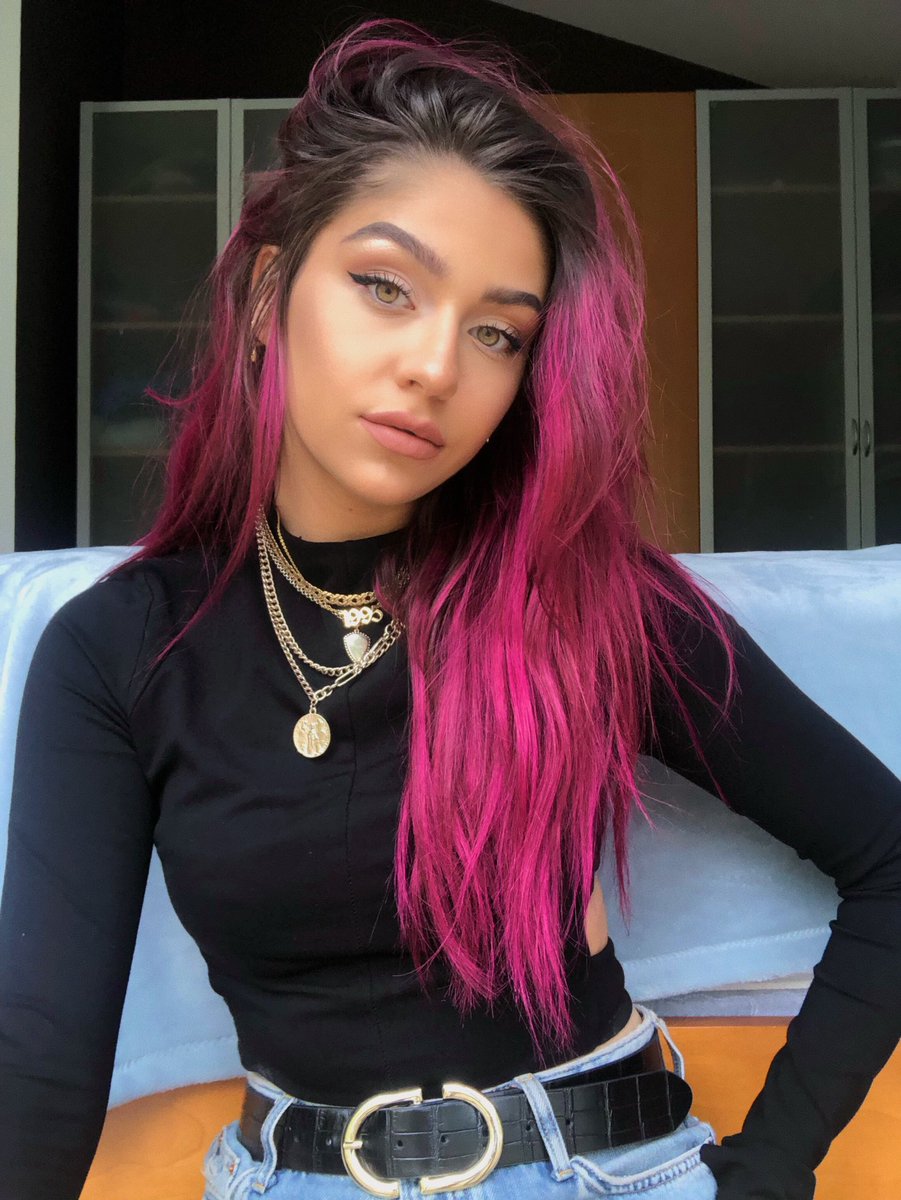 Nikkie De Jager is a beauty influencer who has made a name for herself with her YouTube channel, NikkieTutorials. With 13.8 million subscribers and an average of 2 million views per video, Nikkie has cemented herself as one of the most well-known beauty YouTubers on the site.

As a freelance makeup artist, Nikkie gained a following from her video titled "The Power of Makeup," in which she showcased how makeup can change the way you look, but emphasized the importance of accepting yourself - flaws and all.

Nikkie's positive outlook on life, paired with her stellar makeup knowledge, has made her an amazing influencer and a massive success when it comes to influencer marketing. She has worked with brands such as Too Faced Cosmetics and Orfa Cosmetics and is now the global artistry advisor for Marc Jacobs. 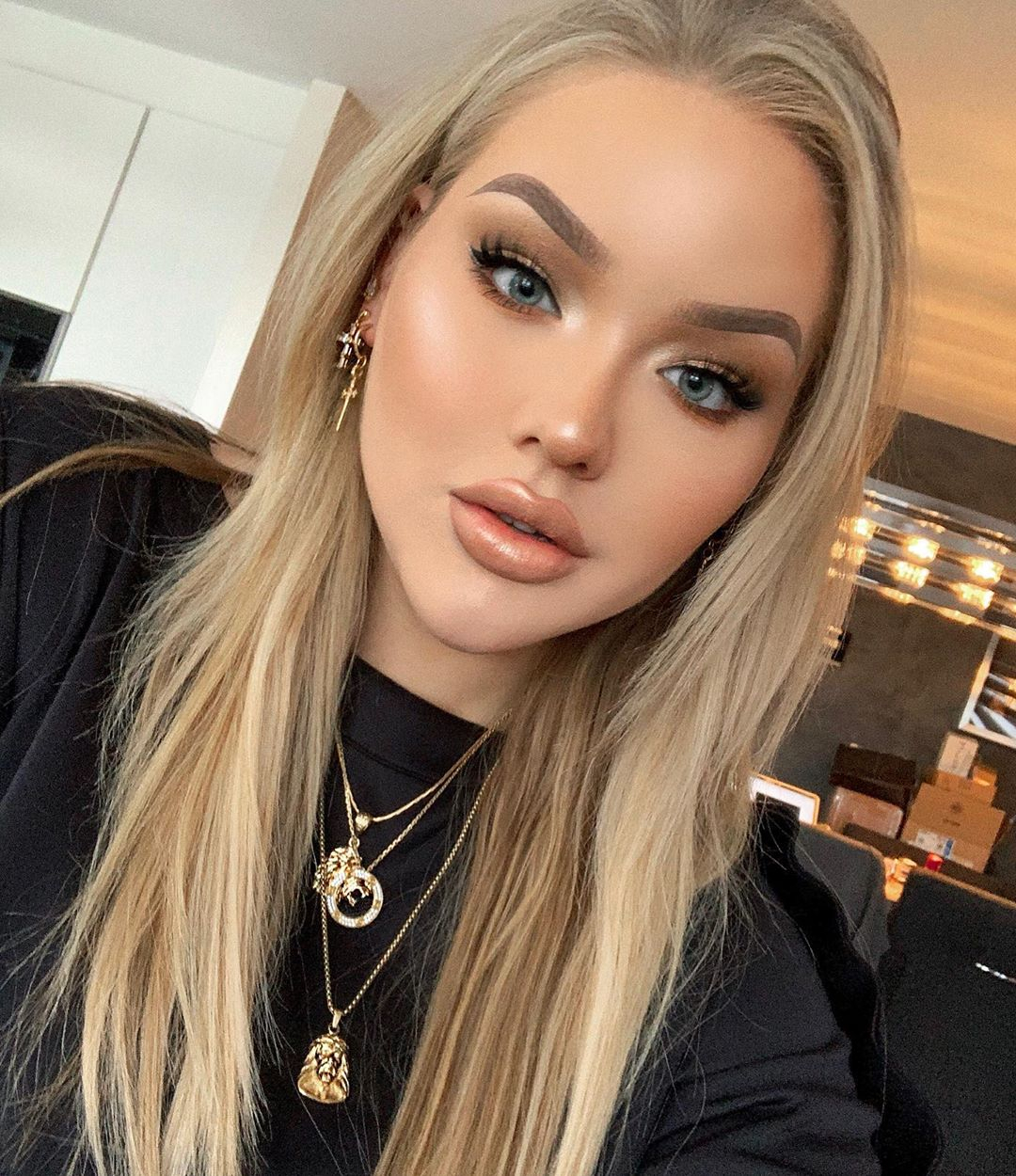 Negin Mirsalehi is a fashion and lifestyle blogger with a massive social reach and an even larger resume of brand partnerships. With 6.7 million followers on Instagram (and another 59.5k followers on her dog's Instagram,) Mirsalehi has made herself indispensable in the world of influencer marketing.

Not only has Mirsalehi worked with brands like Kiehl's, Revolve, Victoria's Secret, and Dior, but she has also started (and funded) her own haircare brand, Gisou, which brought in $3 million in sales in 2017. Despite being in the industry for years, Mirsalehi stays humble and relatable, constantly bringing her followers back for more with every post.

How Social Influencers Can Help Your Brand

These leading ladies of the internet celebrity era that make up our top 5 female social influencers are recognized across the board by millennials and continue to grow in fame and popularity, breaking into mainstream media like film and television.

Want to learn more about social media influencers? Check out these blogs below!