Will You Accept This Brand Deal?

The Bachelor franchise is an iconic one – for 18 years, host Chris Harrison has attempted to help men and women find love (via The Bachelor, The Bachelorette, Bachelor in Paradise, The Bachelor Winter Games, and, most recently, The Bachelor Presents: Listen to Your Heart). Every iteration of the Bachelor brings in hundreds of thousands of viewers each season, and every season is sure to bring more drama than the next.

While not every contestant will find love on the show, almost every person involved with the show has found at least one successful brand deal after being sent home. In this blog, Hollywood Branded explores the multitude of brand deals that come out of the Bachelor franchise. 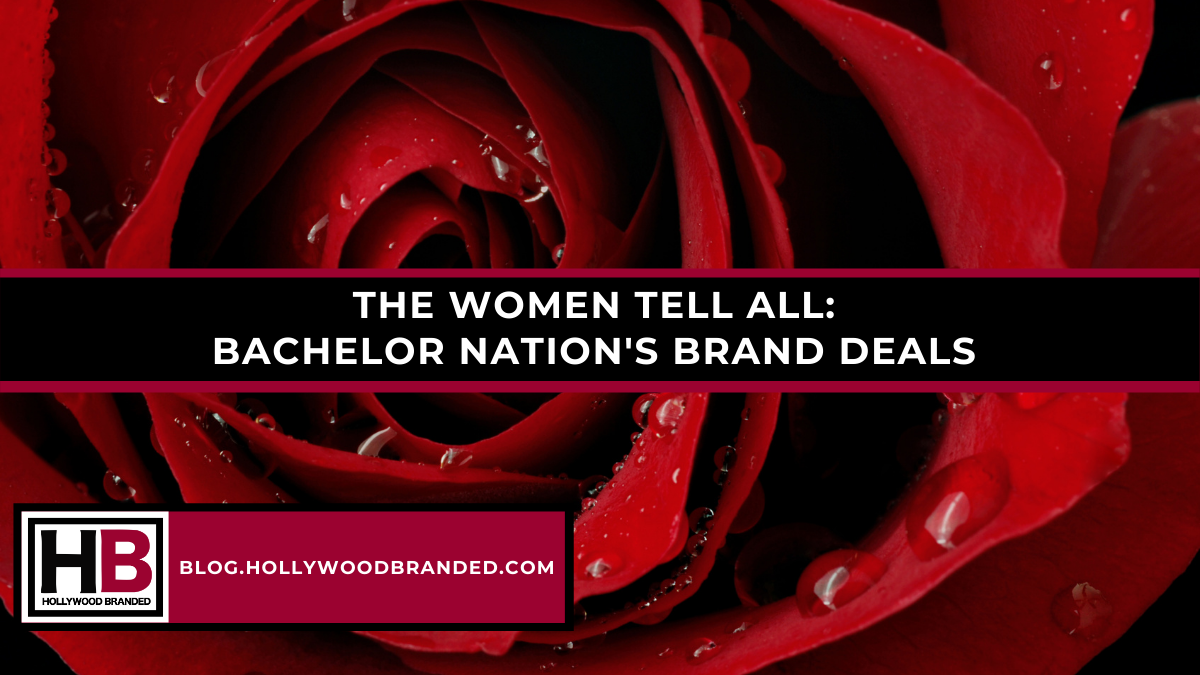 Here For The "Right" Reasons

Although (almost) every contestant on The Bachelor and The Bachelorette come onto the show looking for love, the majority of contestants are, unfortunately, sent home before they can get engaged. However, this doesn’t mean that they are leaving the show with nothing. Many contestants end up bonding with their fellow housemates, and more often than not, leave the show with lasting friendships. On top of that, many of the contestants (especially those who make it past the first few weeks of filming) come out of the show with brand partnerships; they have curated a very recognizable persona on the show and many brands are quick to jump at their newfound fame for interesting brand deals.

The Most Dramatic Partnership Yet

One of the most reliable things about The Bachelor franchise is the inevitable brand deals that come out of the beloved reality TV show. The relationships that the show is based on don't always last or pan out, but one thing is for sure: everyone on the show can use their newfound fame to make some cash from partnerships with fashion, beauty, and alcohol brands. Keep reading below to learn about some of the most notable Bachelor contestants' brand deals!

Demi was a standout star from Colton Underwood’s season of the Bachelor. Her down-to-earth persona and brutally honest demeanor made her a quick fan favorite and, although she was eliminated in the sixth week of the show, brands wasted no time in reaching out to her for potential partnerships.

From UV Vodka to Function of Beauty hair care, Demi has partnered with a multitude of big-name brands in a way that still seemed natural for her. She habitually partners with companies that she already uses in her daily life, so it’s easy for her to create genuine posts that her followers can relate to.

We've mentioned authenticity in blogs regarding influencers time and time again, and that's because it's the cornerstone of influencer marketing! Creating authentic posts about a product help influencers gain followers' trust. When an influencer is genuine about a product, fans and followers are much more likely to purchase the product or service that you're promoting.

After being eliminated from Arie's season in the seventh week, Martinez quickly began gaining followers on Instagram. Her laid-back, bohemian style and brutally honest demeanor made followers feel like they were interacting with a friend rather than a reality TV star when she would post, which made her the perfect person for brands to partner with! As time went on, Bekah honed her craft as an influencer and helped bring new (mini) influencers into the world! Now, with two children, Bekah is more focused on beginning sponsorships with mom-friendly brands (like stroller brands, breast pumps, and baby memorabilia.)

While some of her posts have been controversial, Bekah is unafraid to speak her truth about social issues, politics, childbirth, and more. Some followers have made it known to her that they don't appreciate her posts about breastfeeding, childbirth, or body hair, and she has made it very clear that if they don't like it, they can unfollow her. Her unfiltered posts and unapologetic outspoken nature may not agree with everyone, but her 668k followers and growing number of brand deals don't seem to mind. 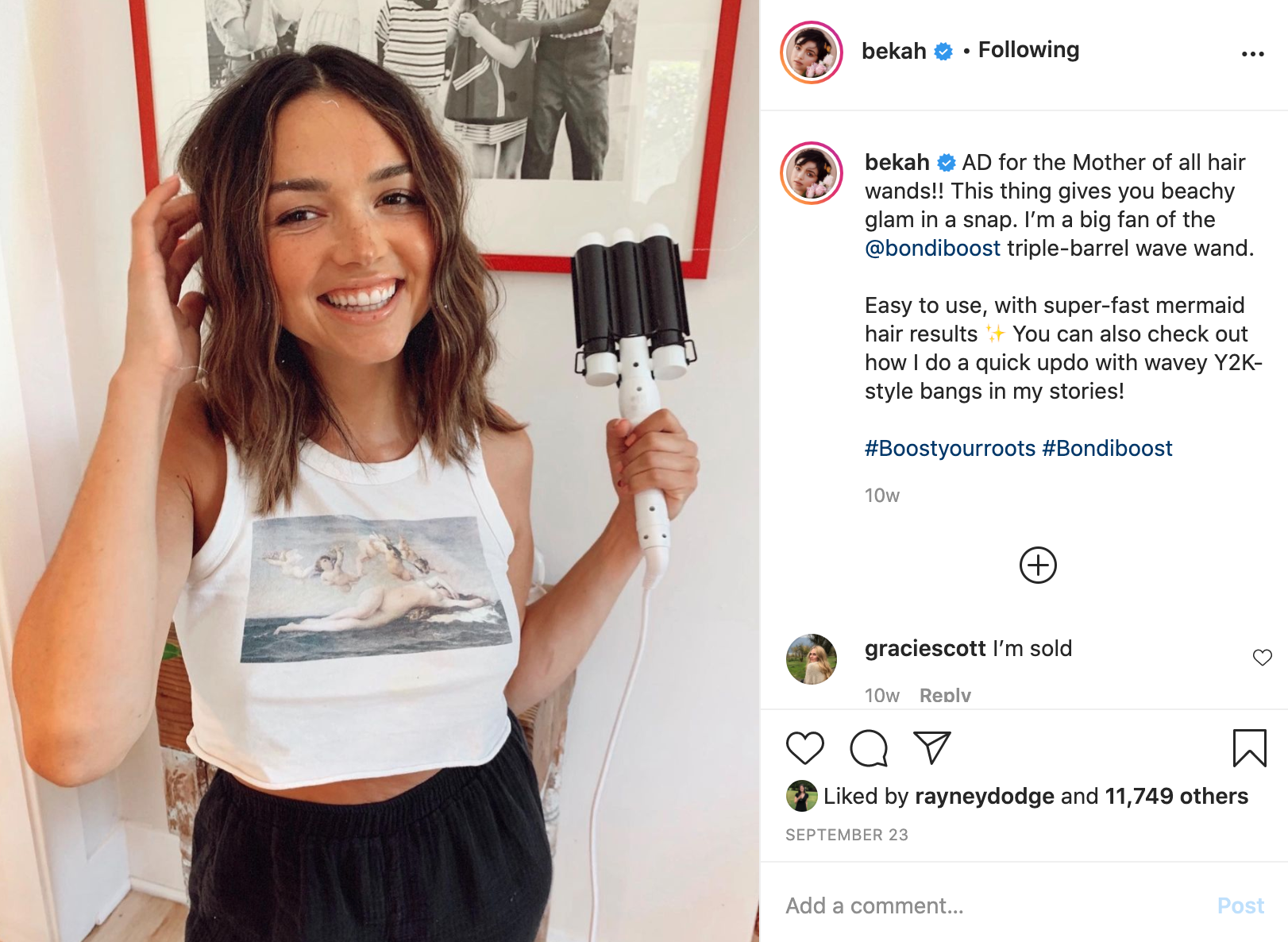 Amanda Stanton is no stranger to The Bachelor franchise. After appearing on Season 20 of The Bachelor, Stanton went on to participate in Seasons 3 and 4 of Bachelor in Paradise. She was eliminated in Week 8 of Ben Higgins' season, where she was able to go home to her two young daughters in Orange County, CA. Similarly to other Bachelor contestants, Stanton wasted little time in getting her Instagram following up and starting brand deals.

Stanton has had a myriad of brand deals over the years, from mattresses to American Girl dolls and everything in between!  Her two daughters, Kinsley and Charlie make frequent appearances on her Instagram, and, because of this, her daughters are able to take part in the influencer lifestyle, as well! Getting her daughters involved in her sponsored posts open up a whole new demographic for Amanda - where most young Bachelor contestants are only well-known to those who watch the show, moms like Amanda can tap into the "mommy blogger" demographic, as well. Not only does this give her a bigger follower base, but it also opens her up to brands who other contestants wouldn't be able to relate to, which is a win-win for both Stanton and the brands she works with!

Thought of by many as Bachelor Royalty, Ashley Iaconetti-Haibon is one of the most easily recognizable Bachelor contestants. Known to Bachelor Nation as the "girl who cries about everything," Iaconetti first found the spotlight on Season 19 of The Bachelor, and, after not being able to find love with Chris Soules, continued her journey on Seasons 2 and 3 of Bachelor in Paradise as well as on The Bachelor Winter Games.

As she continued her search for love, her follower base grew. And with that, came an influx of brand deals. Ads for subscription boxes, wine, clothes, and more can be found on her account, but, similarly to many influencers, her #sponcon doesn't feel forced. All of the items that she promotes on social media are things that Iaconetti uses and loves, and she assures followers that their purchases will not be in vain. 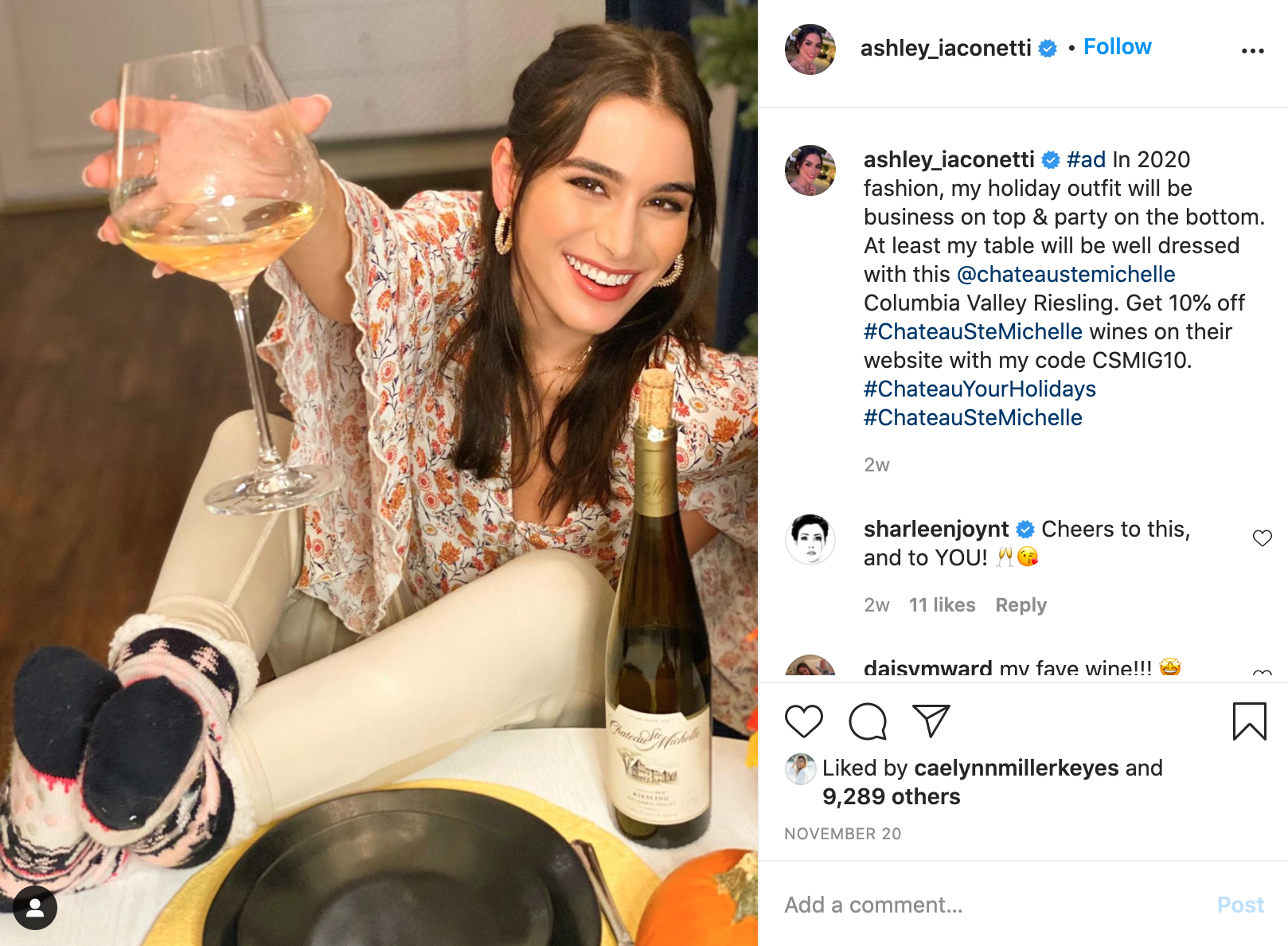 If the blogs above aren't enough for you, be sure to check out our influencer guidebook below! In it, you'll learn how to connect your brand with social influencers (and much more)!