Top 15 Most Followed Celebrities on Instagram For Your Brand

Instagram is one of the most used social media platforms today, having over 1 billion active users around the globe.  It's become the chosen platform for celebrities and influencers due to that popularity, and its ease of storytelling is used to let fans in on their lives.  And in that, it's become a major way for celebrities to have grown their own brand.

Fans can get insider access and insight to their favorite celebrities lives with just a click of a button, and a perceived feel of an exclusive look just from regular posts and Instagram Stories. In this blog, Hollywood Branded shares the top 15 most followed celebrities on Instagram for your brand if you are interested in audience reach. 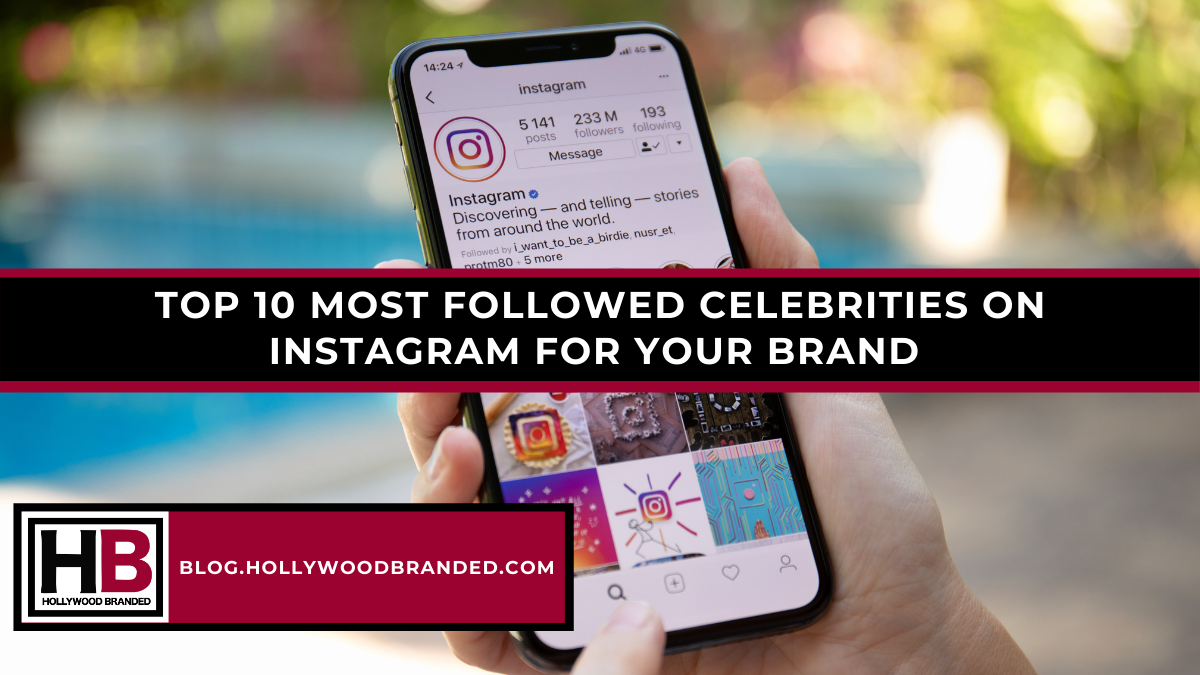 To start off our list, we have none other than miss Miley Cyrus! The singer has roughly 135 million followers, and receives almost 1 million likes, per post. On the 28-year-old's Instagram, you'll usually find memes, throwbacks, promo-photos, or videos of her singing in the recording studio. 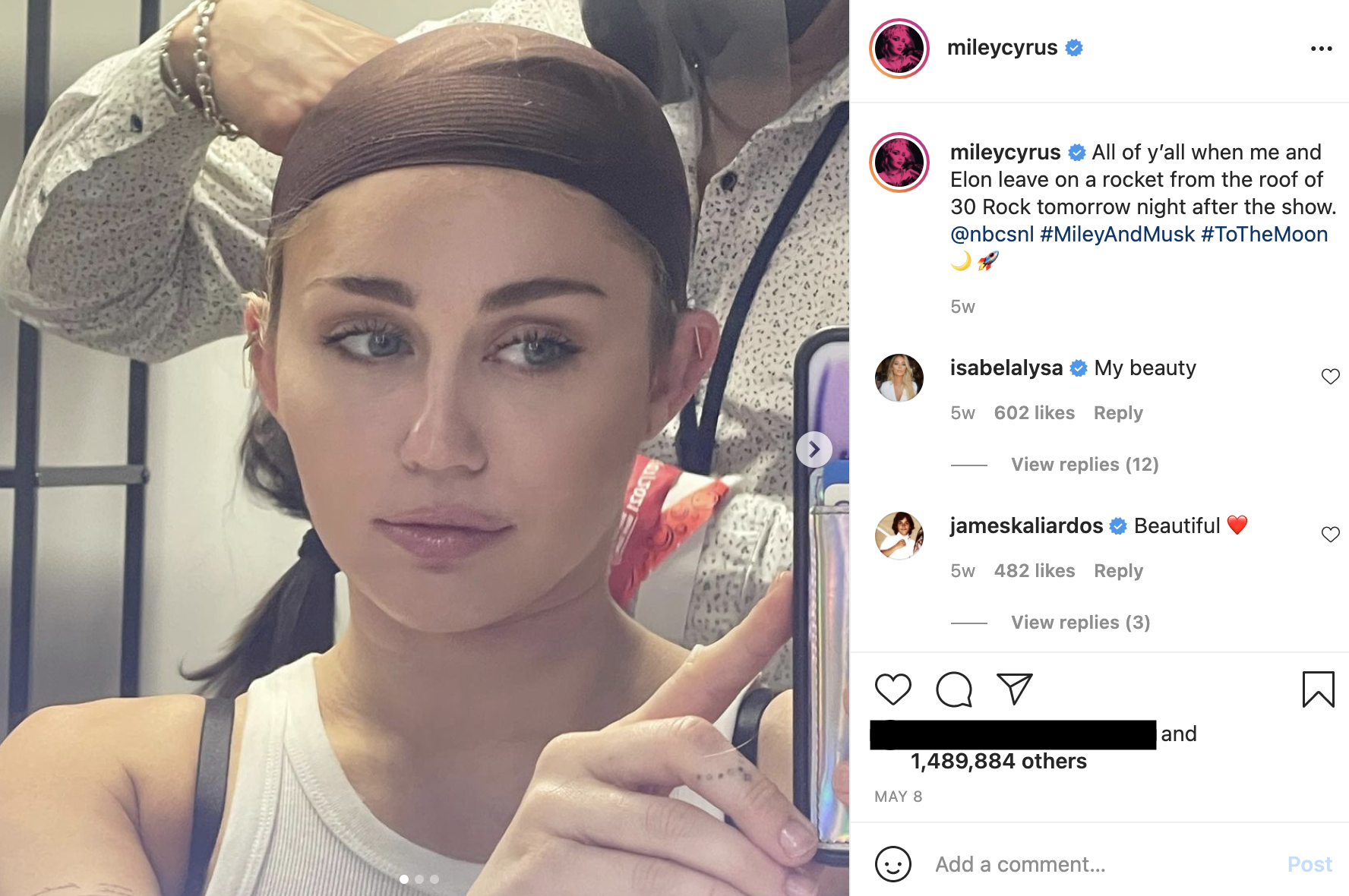 Despite Nicki Minaj's hiatus, the star still manages to maintain a large following on the 'gram, as she has about 141 million followers, and averages about 2 million likes per photo (the Barbz are dedicated!). 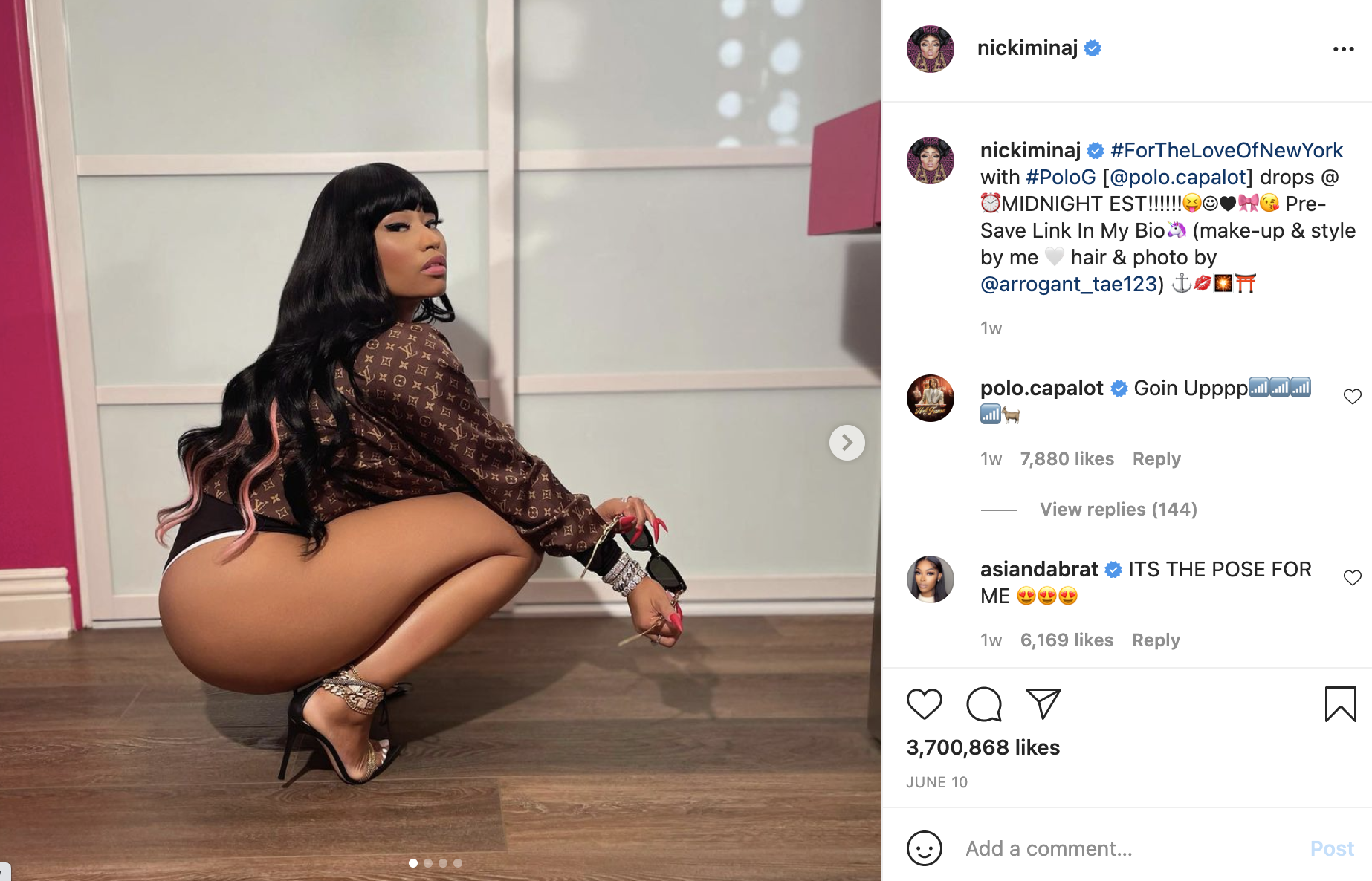 Unsurprisingly, Khloe Kardashian is also, very high on our list. The socialite has about 156 million followers, and she racks in about 2 million likes and 15,000 comments per photo. On her feed, you'll find her posting sweet snaps of her daughter, True, or inspirational quotes and selfies. 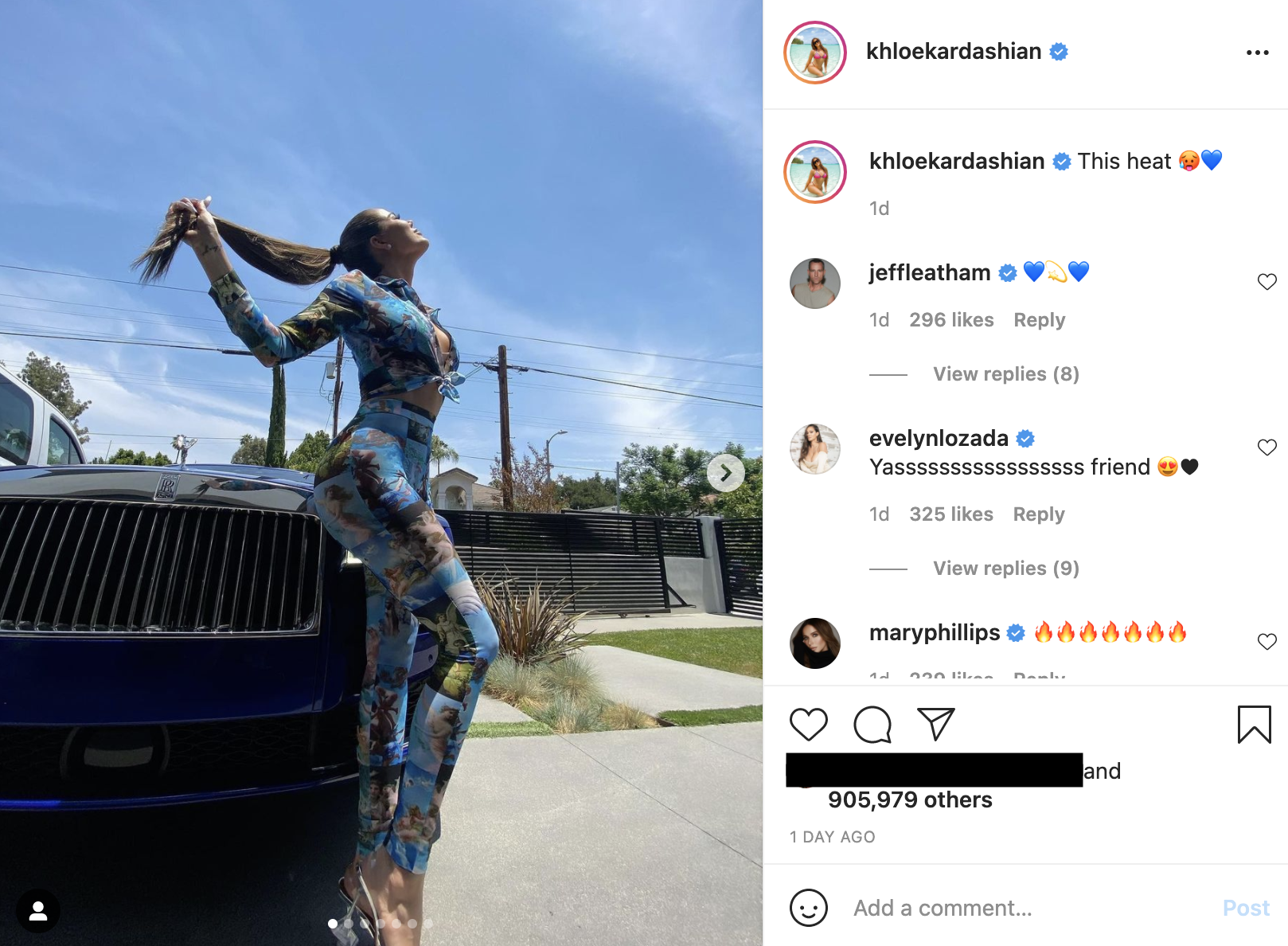 Jennifer Lopez, or J.Lo, has recently reached 160 million followers. The triple-threat averages about 1 million likes and 12,000 comments per pic. 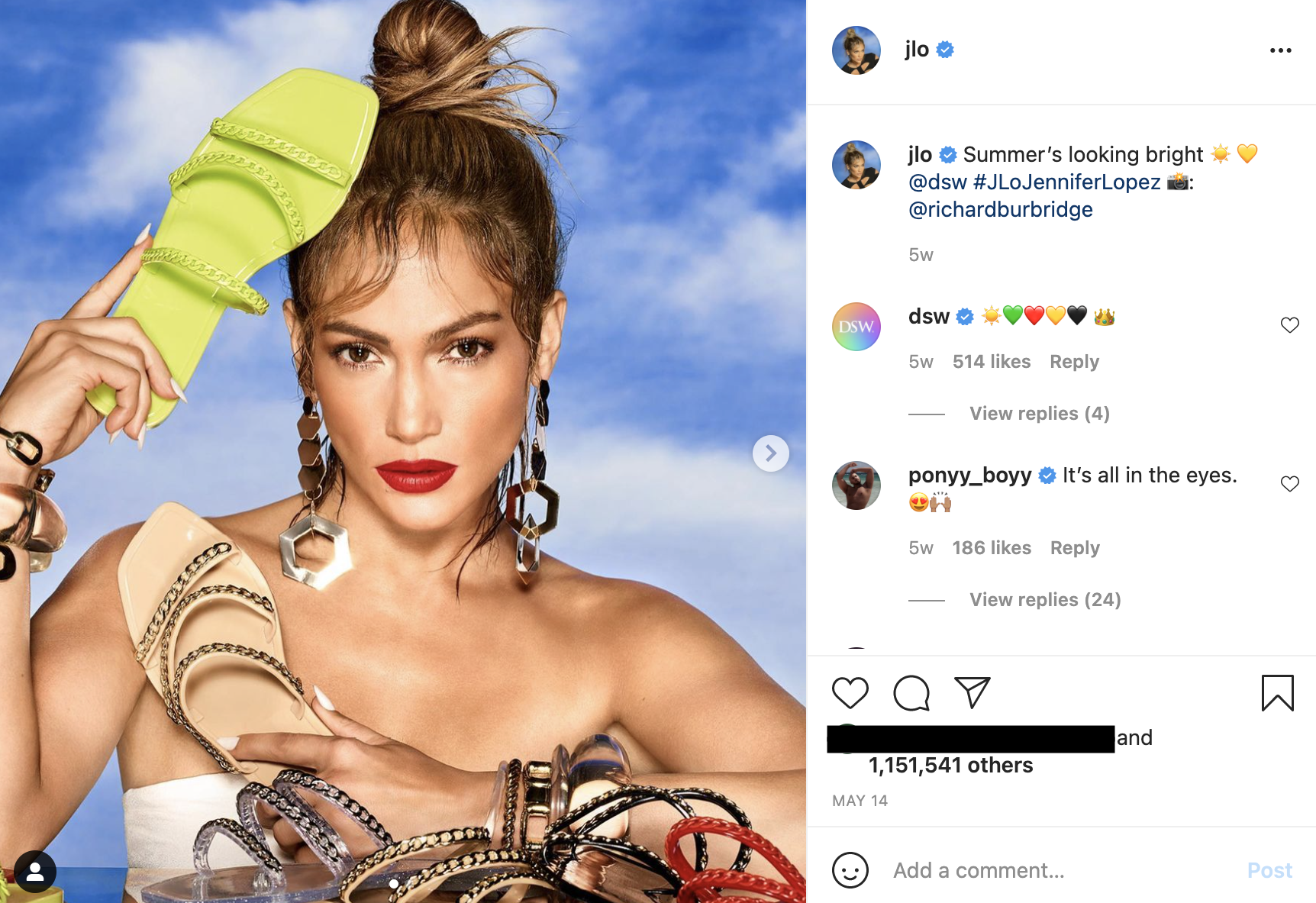 Taylor Swift is a singer-songwriter who allows fans an intimate look into her life through more than just her music. She frequently posts about her cats and baking adventures, and has gotten politically active in the past year. She averages about 2-3 million likes per post. 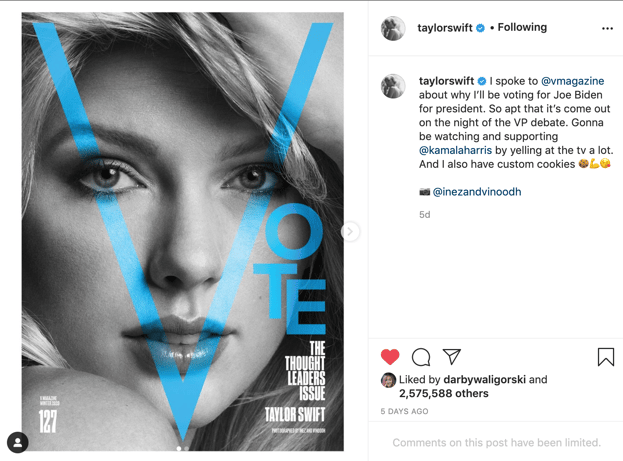 Kendall Jenner has about 170 million followers, and considering that she is part of the Kardashian-Jenner clan, it's no surprise that she ranks so high on our list! The model/reality star gets about 4 million likes, per post. On her account, she posts mainly selfies, snaps from photoshoots, and small, little glimpses into her day-to-day life. 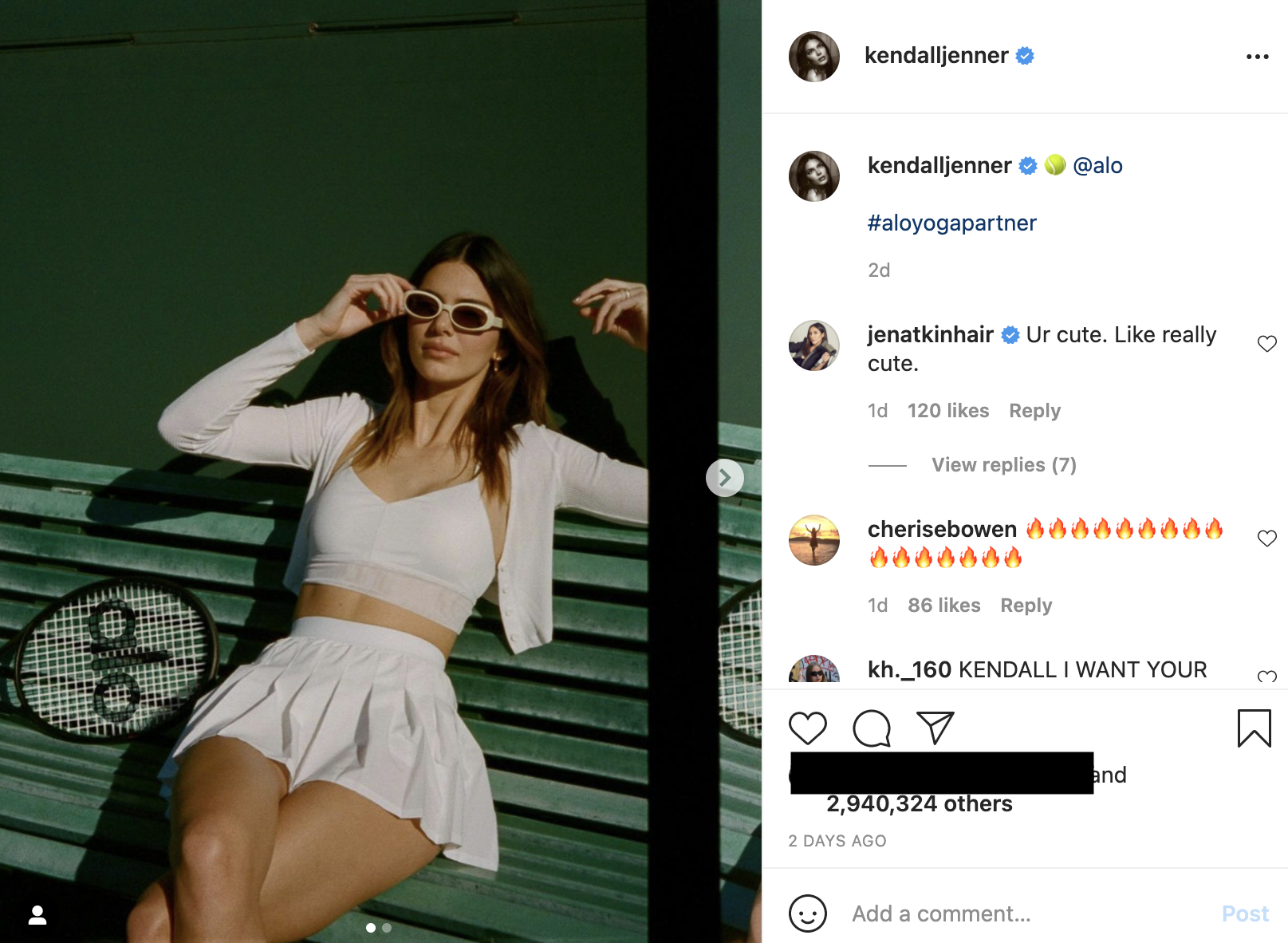 Justin Bieber, the 26-year-old singer/songwriter intrigues his followers with his quirky posts and his motivational short Instagram stories. He gets an average 1-3 million likes per photo. 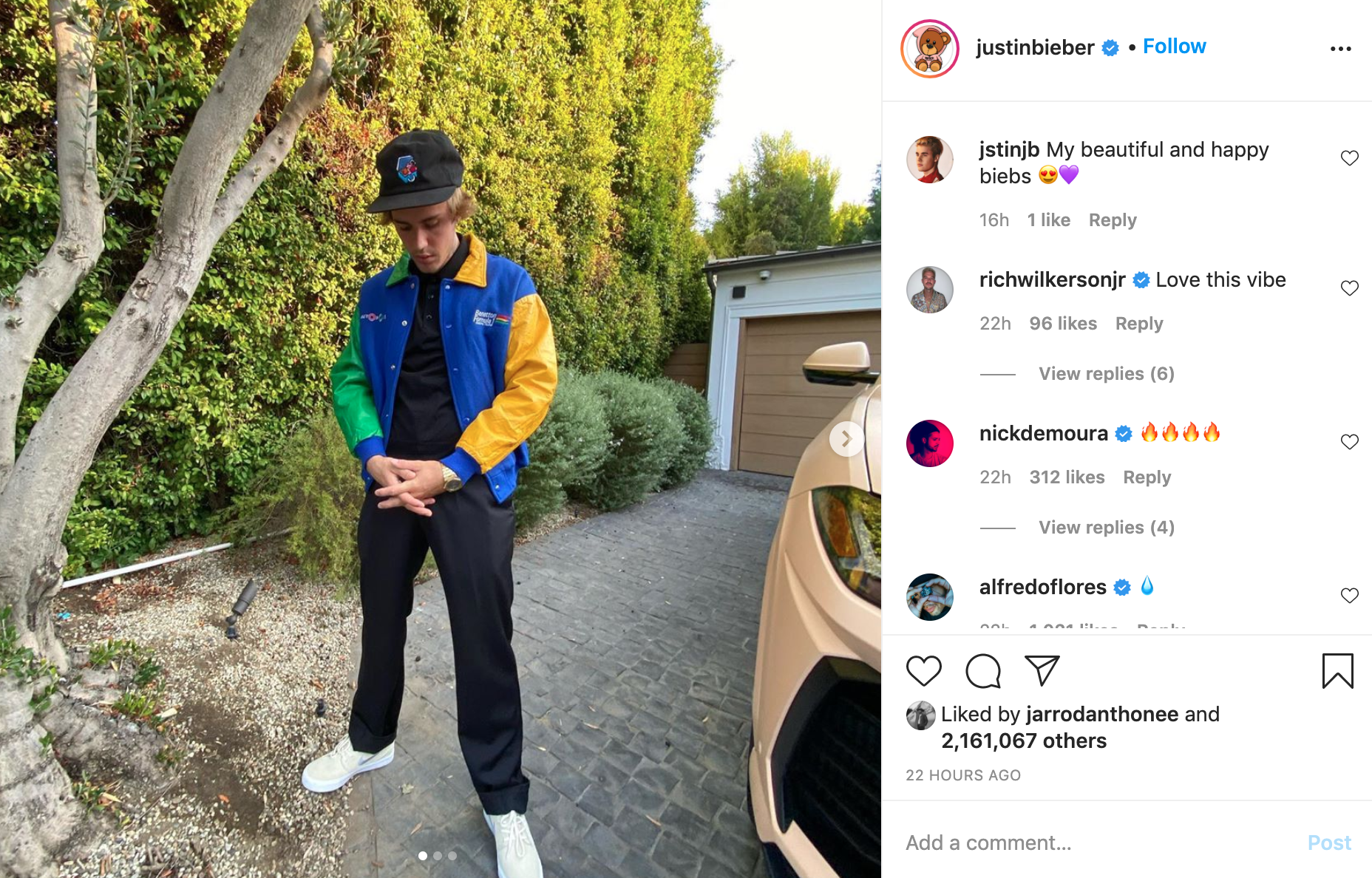 Queen Bey boasts 186 million (and counting!) followers on Instagram. From political posts to looks into her personal life, her social media presence is one to be revered. 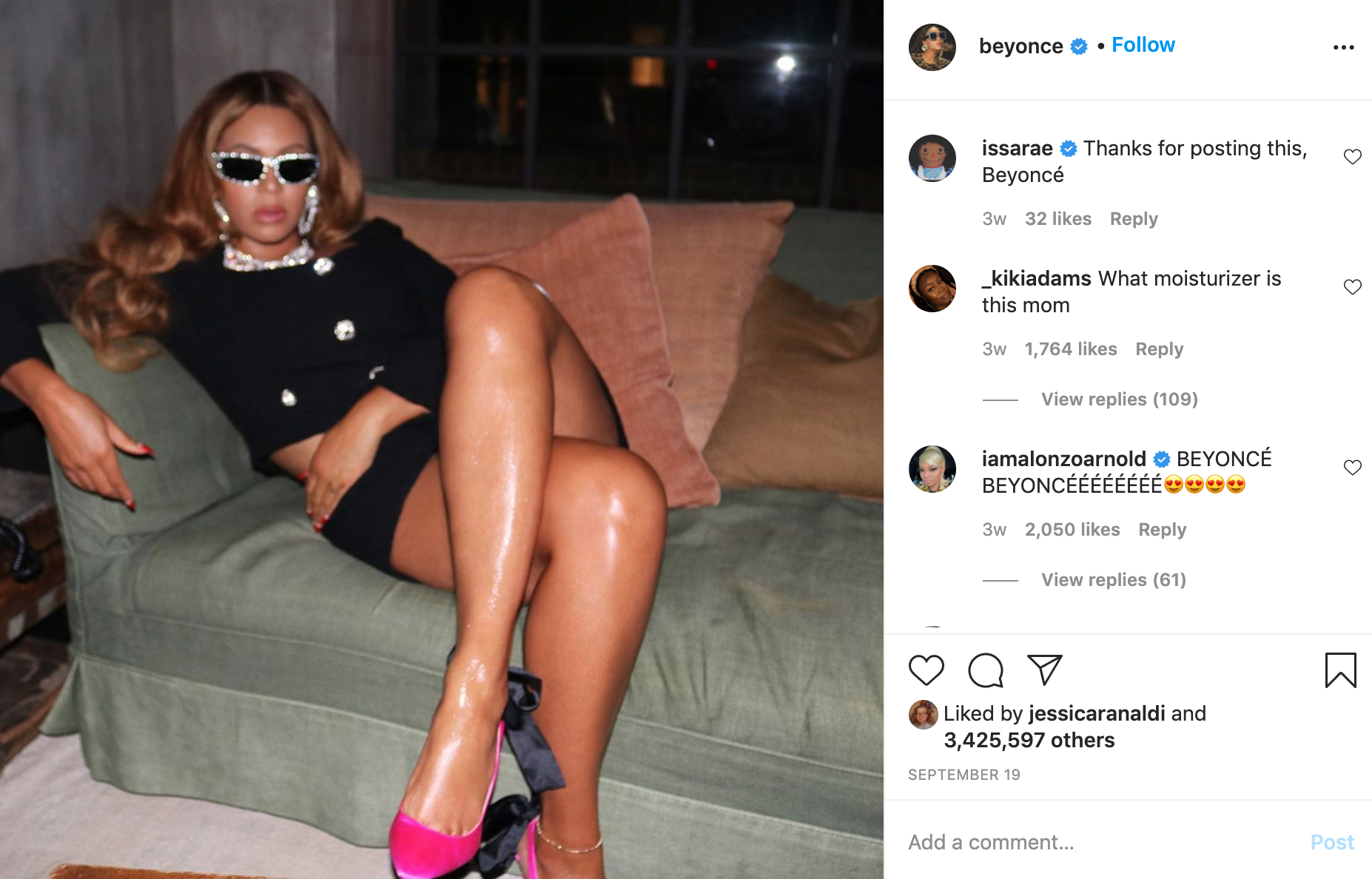 Lionel Messi is a Spanish soccer star who has almost 220 million followers on Instagram. Although he mainly posts in Spanish, Messi has followers from all over the world. He receives an average of 4 million likes per post. 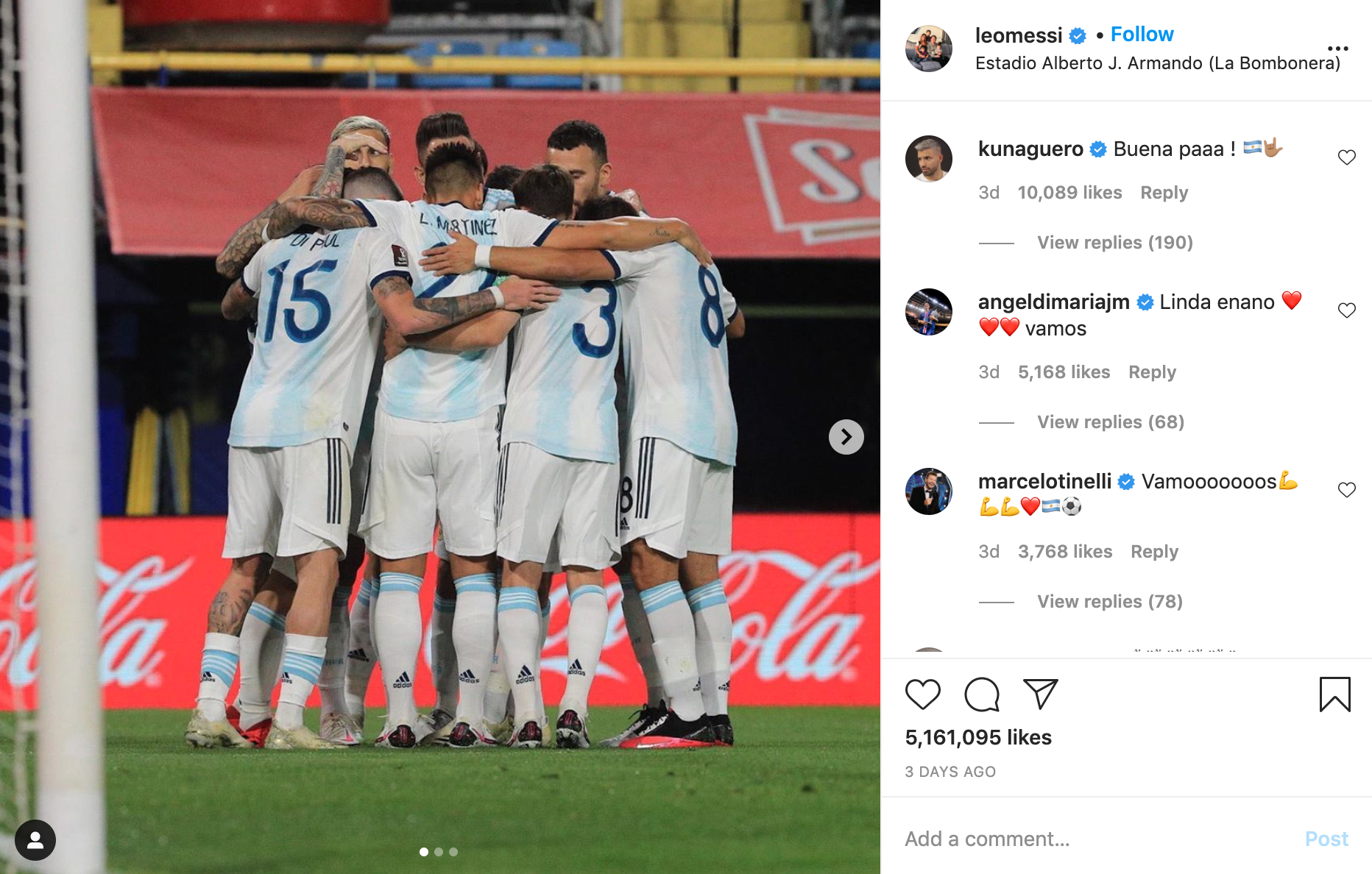 Kim Kardashian is the selfie queen. She is known for her style and frequently posts about her family, both immediate and extended. Coming in at 229 million followers, each of her posts reach about 5,200,000 million people and her photos get an average of 1-4 million likes. 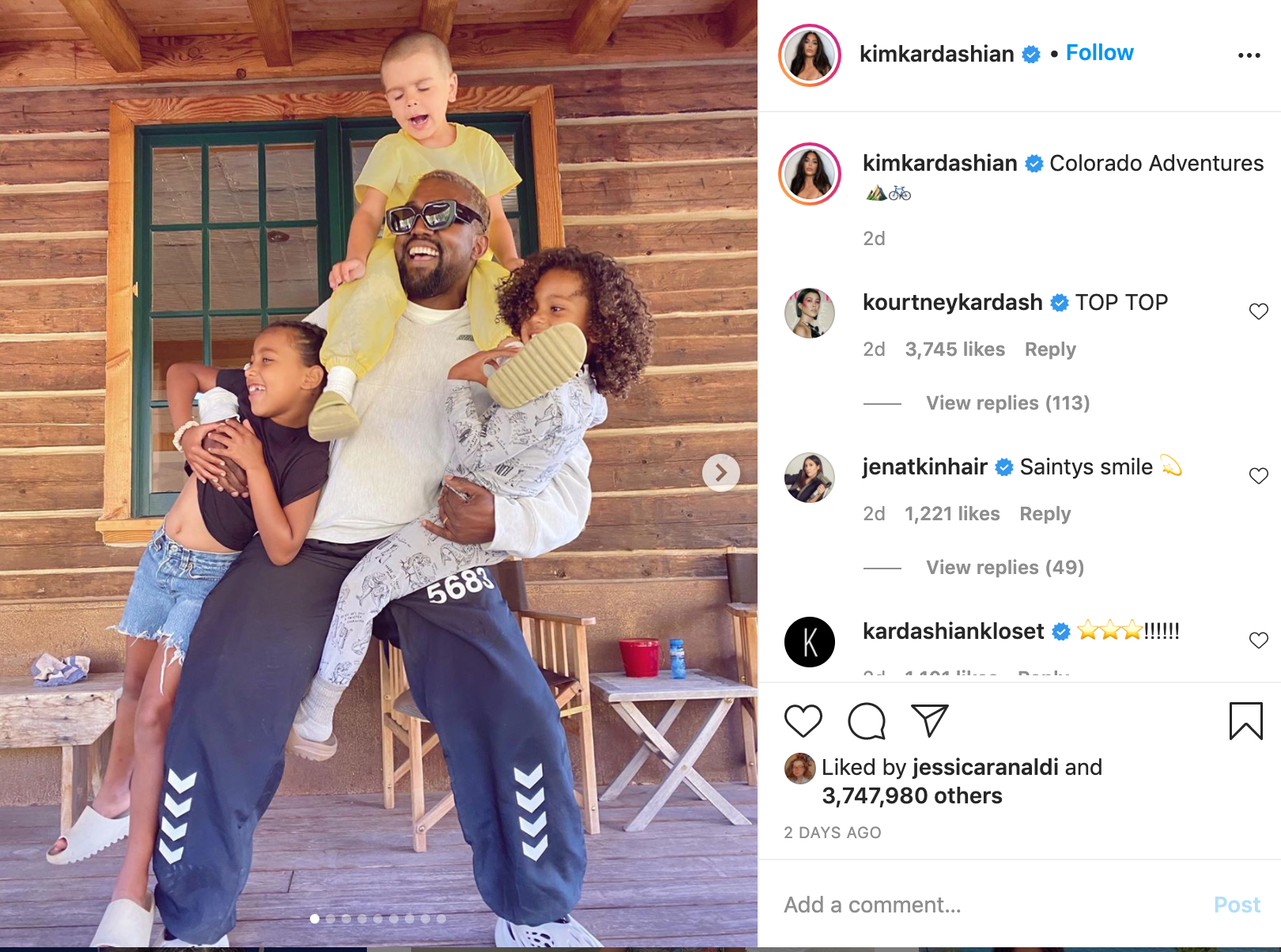 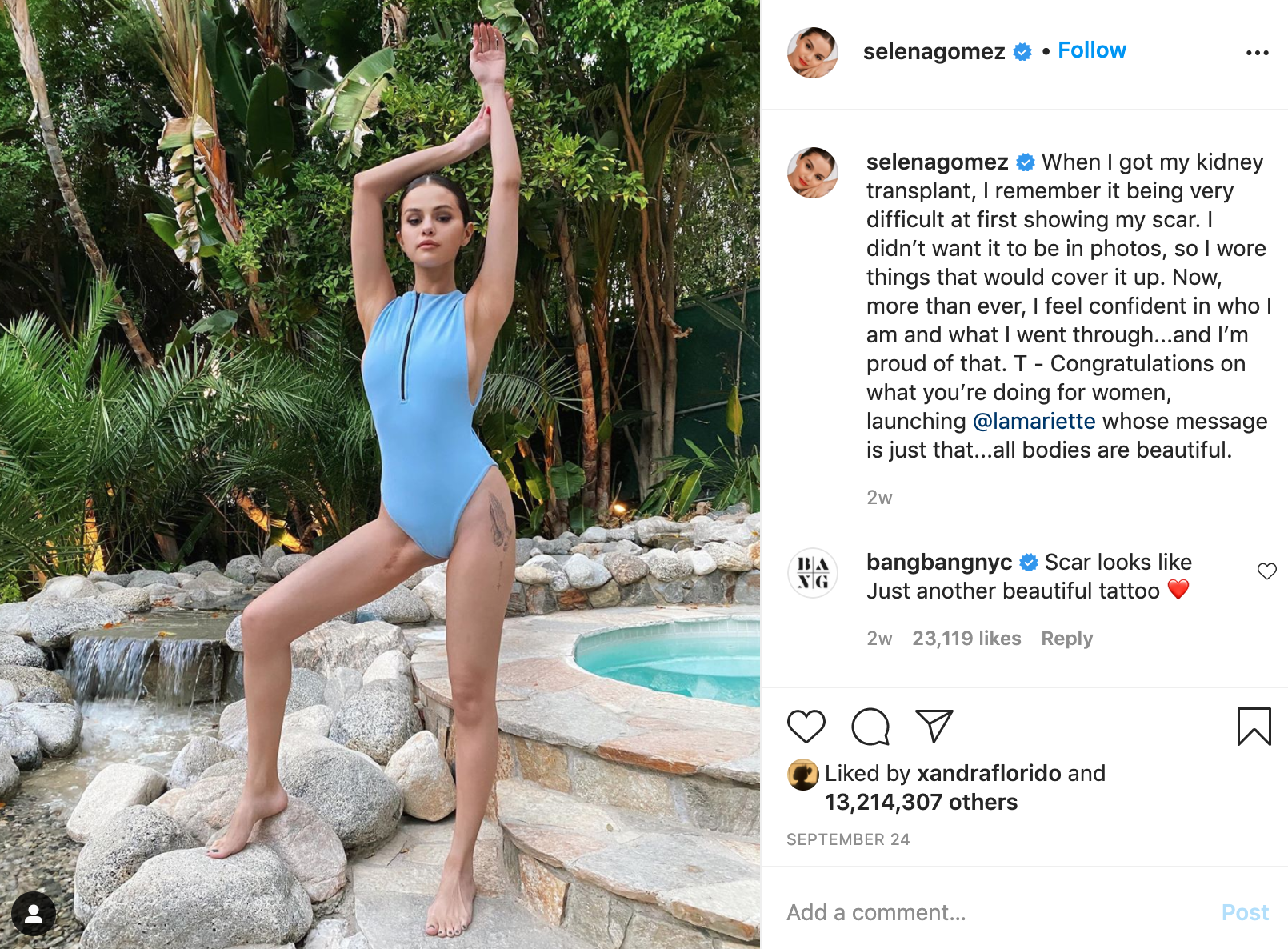 The makeup mogul and influencer is the most-followed of the Kardashian-Jenner clan, with close to 241 million followers. From posts about fashion and beauty to selfies with her daughter, Kylie brings in anywhere between 7 and 10 million likes to each post. 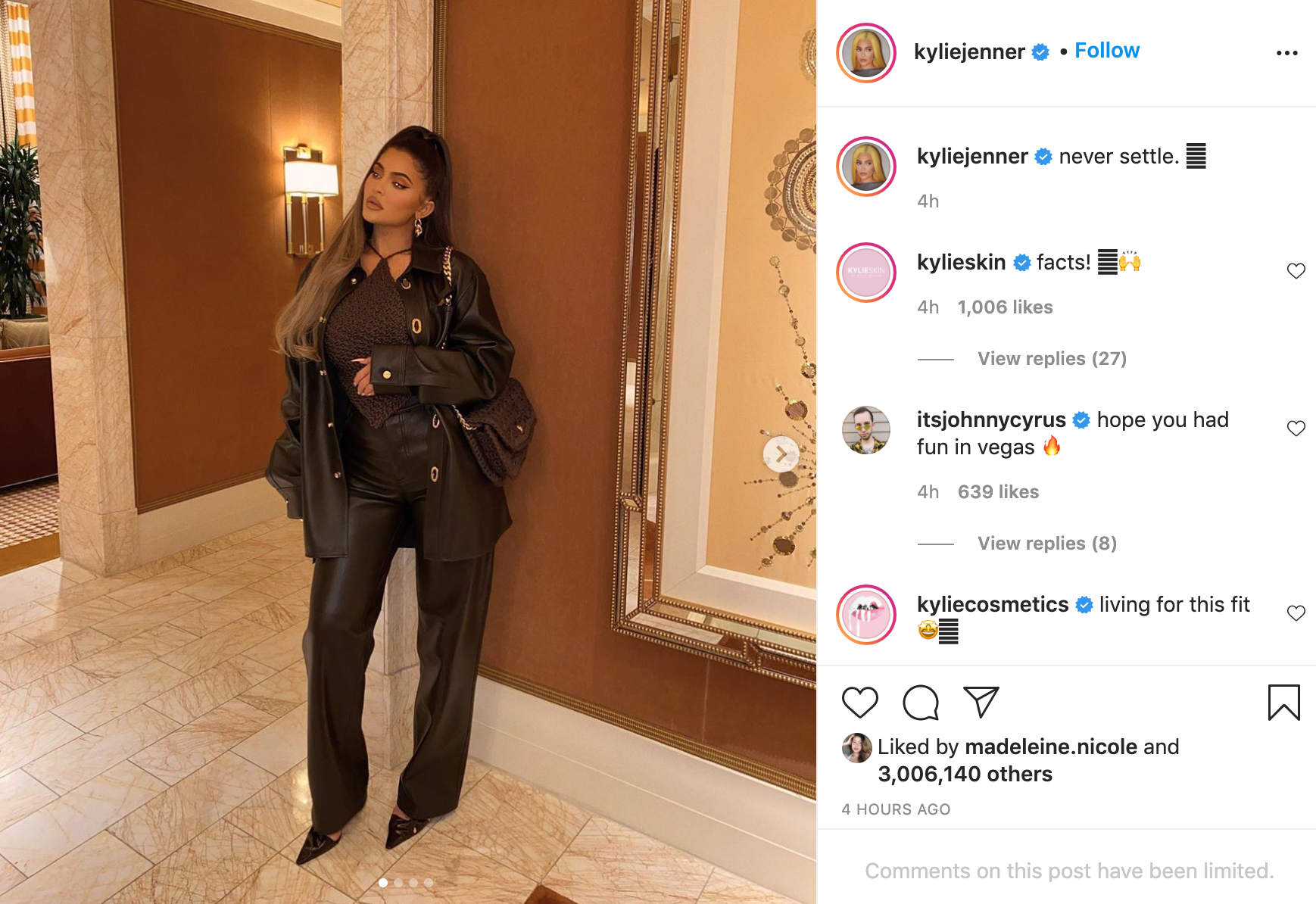 The 27-year-old pop singer-songwriter has made it big on Instagram. She has 244 million followers on Instagram and gets about 7-9 million likes per photo. Grande posts regularly and consistently shares a look into her personal life with fans. 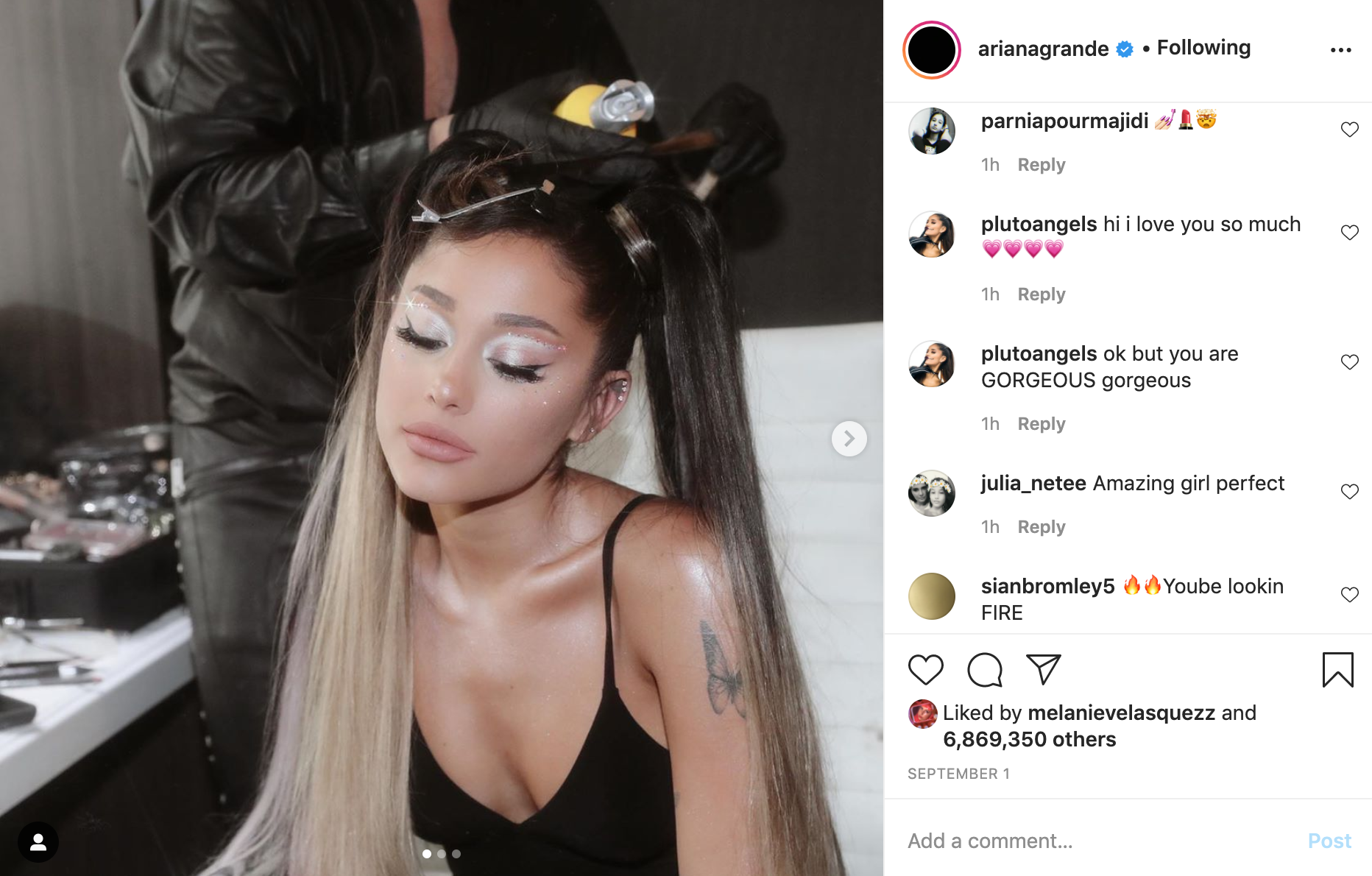 Dwayne Johnson is best known for his workout posts, but he had been posting quite a bit about his cooking endeavors while he was in quarantine. He has 246 million followers, making him the most-followed male actor on the app. He gets more impressions on his more personal videos with about an average of 1-5 million views and an average of 1 million likes on pictures. 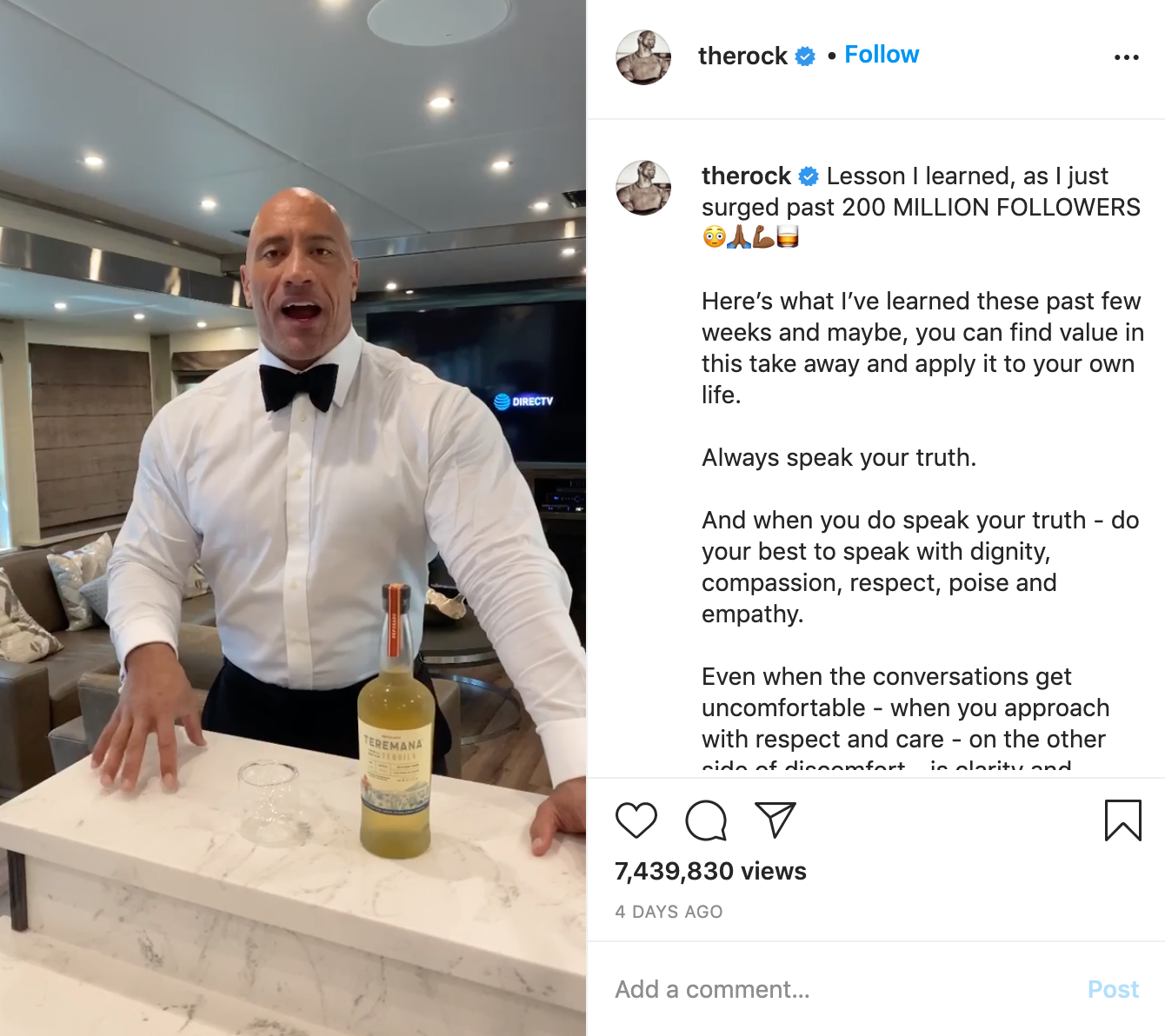 Cristiano Ronaldo is one of the most well-known soccer players in the world, and he comes in first place with 300 million Instagram followers. Devoted  sports fans love seeing content from him and gets about 5.5 million likes per post.

Working With Celebrity Influencers With Your Brand

Celebrities make an enormous impact on Instagram, which is a massive reason why the app is as popular as it is today.  Celebrities with millions of followers get a huge amount of impressions per post, making Instagram one of the most beneficial platforms to brand yourself.

To read more about celebrity influencers and how to work with them, check out these blog posts:

Download our e-book on how brands can best work with social influencers, and get insight that will save you both time and money!