Most of us might not be able to describe exactly what blockchain is or how it works, but we've definitely heard the buzz about it over the past several years. Blockchain has a variety of use cases and is being used in industries such as voting, real estate, food safety, insurance, and banking- just to name a few. Oh! And our personal favorite use case here at Hollywood Branded - marketing and entertainment.

Recently our CEO sat down with a keen brand strategist who has been integral in bringing the value of the blockchain to top entertainment IP holders. In this blog, Hollywood Branded gains an understanding of blockchain uses in marketing, with Mimi Slavin from Greenfence Consumer. 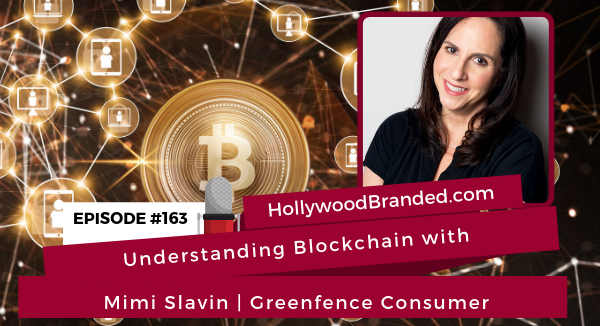 A Little More About Mimi

As the Head of Marketing and Business Development for Greenfence Consumer, Mimi is helping to bring the value of the Blockchain to top entertainment IP Holders. Her past roles include the Head of Global Marketing Partnerships at DreamWorks, SVP of Marketing at CBS Films, and a SVP in Warner Brothers Pictures promotions.

At Greenfence, she's opening new marketing and revenue opportunities, and creating direct consumer relationships while still respecting today's growing need for consumer privacy and control. Mimi’s greatest point of pride is her ability to look holistically at situations and work collaboratively to create optimal solutions, all while maintaining a sense of humor.

Question: So happy to have you here today! I would love, love, love for you to give everyone a bit of a background of, what got you to where you are today? A little bit of your history.

Answer: Sure. I ask myself that often. I spent a large part of my career in the studio system. I started in more traditional marketing, did this sort of MBA thing. Worked for Nestle for five years, and then went to the dark side, as we like to call it.

I started on the home entertainment side, because that was kind of the closest to consumer packaged goods and then went over to theatrical, and I've built my career that way. In 2016, when Comcast bought DreamWorks, my role was already filled by somebody else and I was unable to knock them off the throne. It was time to re-evaluate. There were some personal stuff going on, that had me thinking about, "Okay, what does the next phase of my career or my life look like?" Tech has been a very big area. I remember finding myself in some of the marketing meetings, and listening to our digital people talk about things and use words. Sometimes I suspected they were making them up, just to make sure that we all felt a little bit inferior and we had some job security. Other times I was very intrigued by what they were talking about, and I thought it would probably be a really good idea for me, after so many years in the studio system, to look at expanding and broadening my experience a little bit. I happened to have a very close friend, named Jonas Hudson who is the co-founder at Greenfence. I used to babysit him, not anytime recently, but when we were kids. When we were little kids, I was five years older than he and at the time that was a big difference, it's not now. I used to babysit him and his brother. Then I hired him at Warner Brothers many years later, and we stayed in touch all those years.

I knew Jonas was doing blockchain. I called him up, and I said, "You got to explain this to me." It took him about four hours to get me to really understand it. Then once I did, it was like a light bulb went on. I was like, "Oh, I totally get that. I completely see where this fits in with entertainment. I have an idea. Let me make a couple phone calls."

Honestly, within three weeks we put together our first deal, which was with Atom Tickets and Deadpool 2. We created digital collectibles that Atom Tickets gave to fans who had seen the movie. It was kind of a surprise and delight campaign, and they were very pleased with the results. They got better open rate than they had seen on a lot of their free movie ticket offers, so they were excited about it. We were really excited. It was kind of like off to the races from then. I sort of became the non-technical person working with Greenfence to help bring the blockchain to the entertainment community. That's kind of how I ended up here, at Greenfence.

So, now I'm in a super-technical industry. My role as we like to call it is, sort of the block fence for dummies representative. I actually understand a lot more of the technical part of it than I'm able to really explain to people in a way that they'd understand. I give people the general overview, what they really need to understand in order to be able to sort of grasp the concept, and how it can work for them. I really try to get people to focus on not so much worrying about the actual technical, how does it actually work, and really look at what does it actually deliver? 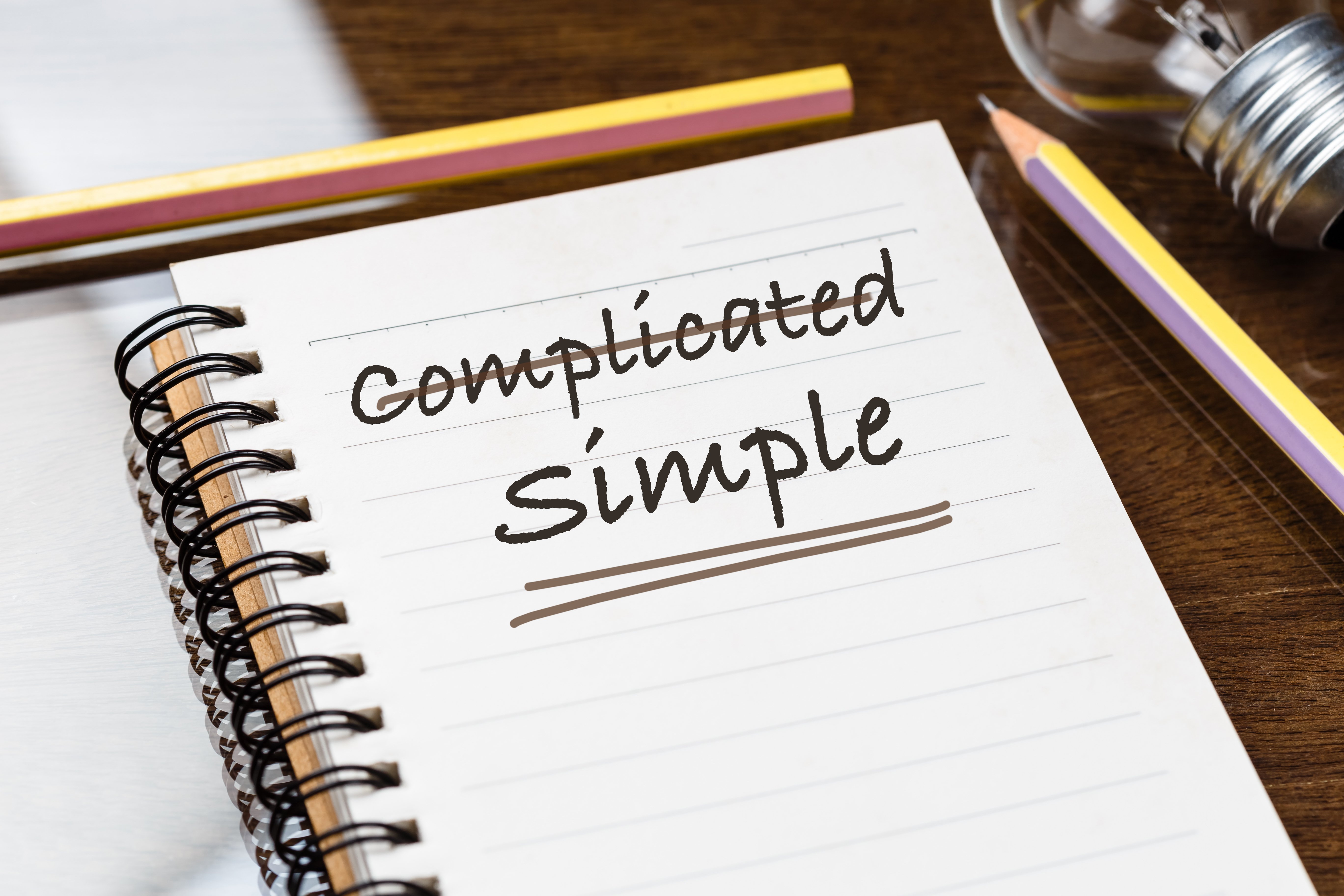 The way I liken it is, if you remember back in the days, this is going to date me a little bit, just a little bit. But if you remember when AOL made a big push to get everyone on email, right? Everybody was getting those disks, and it was very exciting. You would put in the disk. You would download the software, and do some magic on your computer. Then you would hear that or those magic words, "You've got mail," and it was usually an introduction from whoever. You'd set up your email account, and you would start emailing everyone, "Hey, I have email, do you have email?"

It was just very exciting and nobody stopped and said, "Well, how does this get into my computer? Is there a little person in there doing something that I need to know about? What's this going to mean? People were just so excited to have email. I sort of liken it to that. What the blockchain enables, it's really basically a decentralized ledger. It allows for us to take assets on like a JPEG, that would normally be able to be very easily copied and have no intrinsic value. By putting a decentralized ledger behind it with individual blocks, so that there is a unique code, you are able to mint. You can take the same creative, mint it 500 times and even if it looks exactly the same, you have 500 unique assets. That's really what the blockchain enables. Yes, there's a lot that goes into it, in terms of what does minting mean and how is that done, but the reality is, if you're doing this for marketing purposes or for collecting purposes, or promotional purposes, you don't really need to understand all of the mechanics that go behind it.

When people are building websites, they didn't need to understand every single technical aspect of it. They needed to understand just enough, so that they could work collaboratively with whoever was building the website, and give them the assets they needed in the correct format. That's kind of the way I look at it. Question: Okay, so you said it's basically... it's encoded blocks that are being assigned to each item, that is going to live in this digital universe. Where in real life can we see an application?

Answer: For us, it's collectibles and coupons and rebates. The coupons and rebates are... It's sort of the not-sexy part. Right now, most coupons and rebates are not on the blockchain, so they're subject to fraud. If you think about it, if I'm Nestle and I want to produce a thousand coupons digitally, I have to start production at a thousand coupons, because that's all I'm budgeted for. Maybe I'm going to be a little bit more... Take a little bit more risk, and I'll produce 2000 with the assumption that I'm going to get a 100% redemption. With the blockchain, if they're individually minted, once it redeems, it's basically dead and you can track it. You know who used it. I mean, you know a hash of who has used it. You don't have any personal identifiable information. You're not invading anyone's privacy, but you're able to control the amount of cash basically that you're putting at risk.

Question: Okay, so blockchain, if you paint us this picture. We know that it lives in the digital universe. Do you interact with it just like a website? Is that kind of the front page of it?

Answer: Yes, it goes into what's called a wallet. For lack of a better term, we refer to it as a wallet. So similarly if you go on any app for any of, say you shop a lot at Target, you have a Target app, you have a Kroger app or whatever, that it can be housed in something like that or it can be created when you accept a digital asset. If I sent you a digital asset, hey Stacy, Mimi just sent you a Deadpool card and you said, "Great, I'm going to take that." When you accept it, it actually creates a wallet for you that lives in the cloud really doesn't take up any space on your phone and it just sort of houses that asset for you, and it can't be hacked because it's got too many... You'd have to hack about half the world's computers at the exact same time in order to break the block chain. It's super simple and our solution, but Greenfence's solution in particular, is extremely consumer friendly. 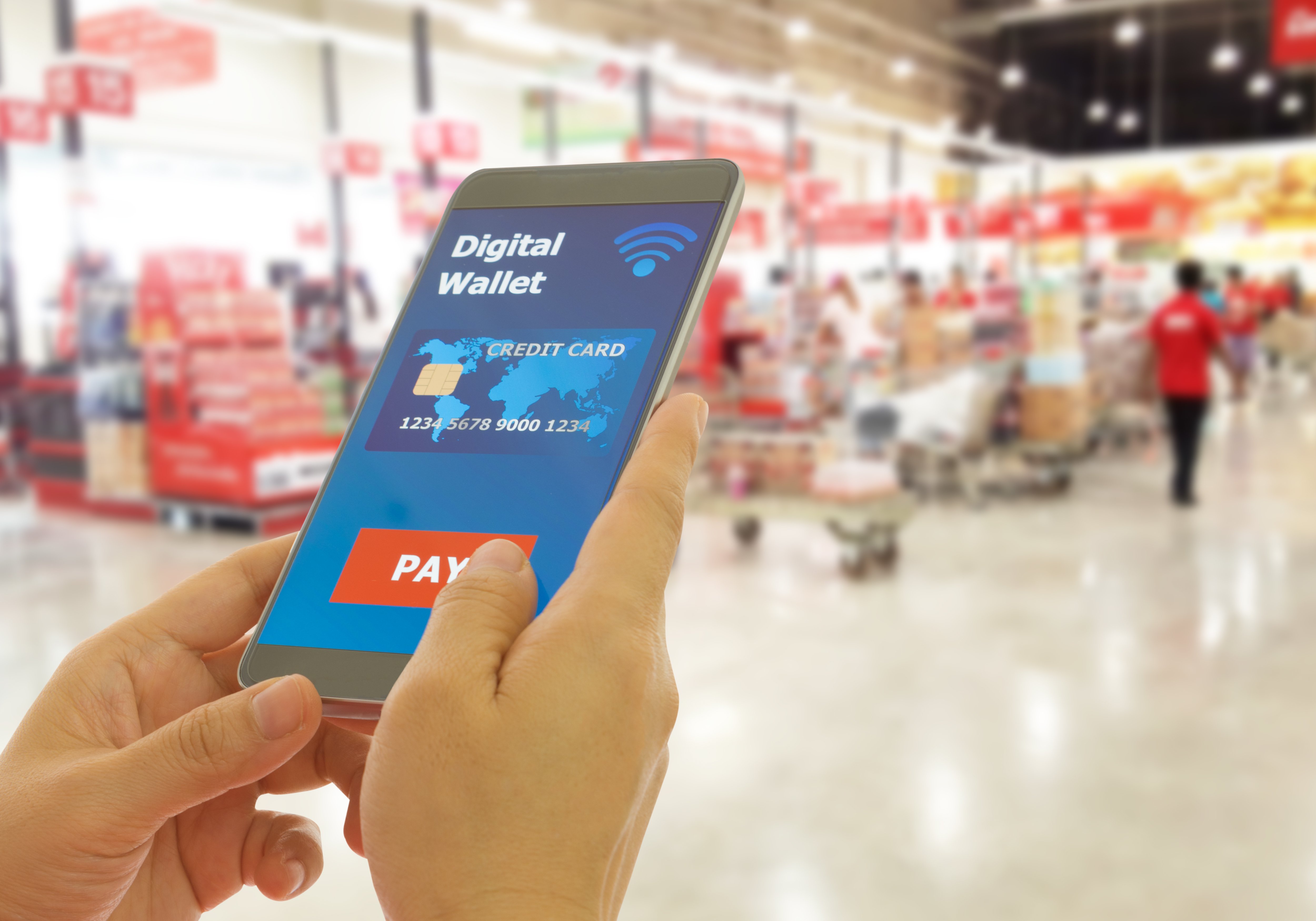 Answer: We're working on a self-service platform, so not too distant future, you're going to actually be able to log into our portal and it'll have all the things you need to create your own coupon, and you'll be able to say where you want it distributed, and you'll be able to send it and how many you want to mint. It'll become very, very easy. Right now it's white glove. We have to do it for you, but it is extremely inexpensive. Certainly, compared to creating an FSI, it's very inexpensive. When you talk about what happened when you were trying to do that promotion, it's worth it.
The amount of time it would take would depend on how you were doing it because we do a private-public block chain, it would be done very quickly. Right now, you have to select a retailer because you're not doing a general UPC code. Everyone is an individual, but very, very shortly that's going to change. Because we have a relationship with basically every POS system in the country and that is being put into place as we speak.

Mimi has so much knowledge to share about an industry that has so much more potential. If blockchain or learning about innovative technologies is something that interests you, then you'll want to check out the full episode below!

Every week, we post a blog featuring one of our recent podcast guests. It's a great way to see interview highlights and learn from experts in marketing. Here are some of our past podcast blogs for you to check out!