Why Spanish-English Crossover Artists Are The Perfect Brand Partners

Music Has No Language

No matter what language you may be proficient in, you can find comfort from music in any language. Even if you can’t understand completely what is being said, the beat and melody of a song can often speak to a person more than the lyrics can. That, to me, is the most beautiful thing about music; it truly transcends all barriers.

Many successful Latin musicians have seen that their success can be world-wide, and decide to capitalize on this by creating music that their English-speaking fans can understand. This successful crossover venture opened up even more brand partnership opportunities for them, and they were quick to jump at these partnerships. In this blog, Hollywood Branded evaluates successful partnerships from top crossover Latin musicians and how brands can be recognized, globally, when partnering with similar artists. 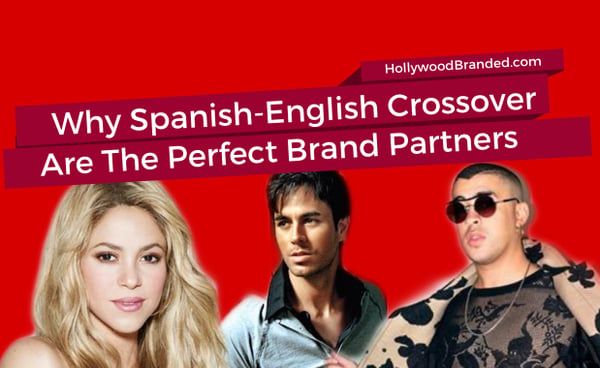 While different types of multicultural music are popular (hey, K-Pop!), Latin music is a genre that crosses music classifications and language barriers more successfully than most. Latin dance and club music is something that has been popular in America for years and Latin pop and alternative music are starting to take Western music culture by storm. According to Jeff Benjamin, a music journalist for Forbes, “Latin music can arguably be considered the fifth-most popular genre in America.” As of 2019, Latin music surpassed country music in yearly streams; according to Nicole Acevedo for NBCNews, “Latin music accounted for 9.4 percent of all album listening in the U.S. in 2018, while country only accounted for 8.7 percent.” While Latin R&B and Reggaeton music are the most successful mainstream Latin music, indie, alt, and bedroom pop Latin music are starting to get more and more streams as people discover new Spanish-speaking artists.

Josh Friedlander, a senior vice president of research and economics at RIAA, says that Latin music popularity only seems to be growing: “‘it was 4% two years ago, 4.4% last year and now 5%. For me, that speaks to the more mainstream acceptance of Latin, the bigger crossover hits.’”

While music is universal, crossover artists have established strong success in multiple countries, not just their home country. This allows brands to have an even larger audience to advertise to. In an article for musically, Stuart Dredge explained that “Nielsen’s stats show 18.4% of music-video streaming in the US is of Latin music, making it the second-biggest genre behind only R&B / hip-hop. ‘Latin music is everywhere: this isn’t just about Hispanics, it’s about its impact on popular music as a whole. It’s not a small, niche market anymore…’” 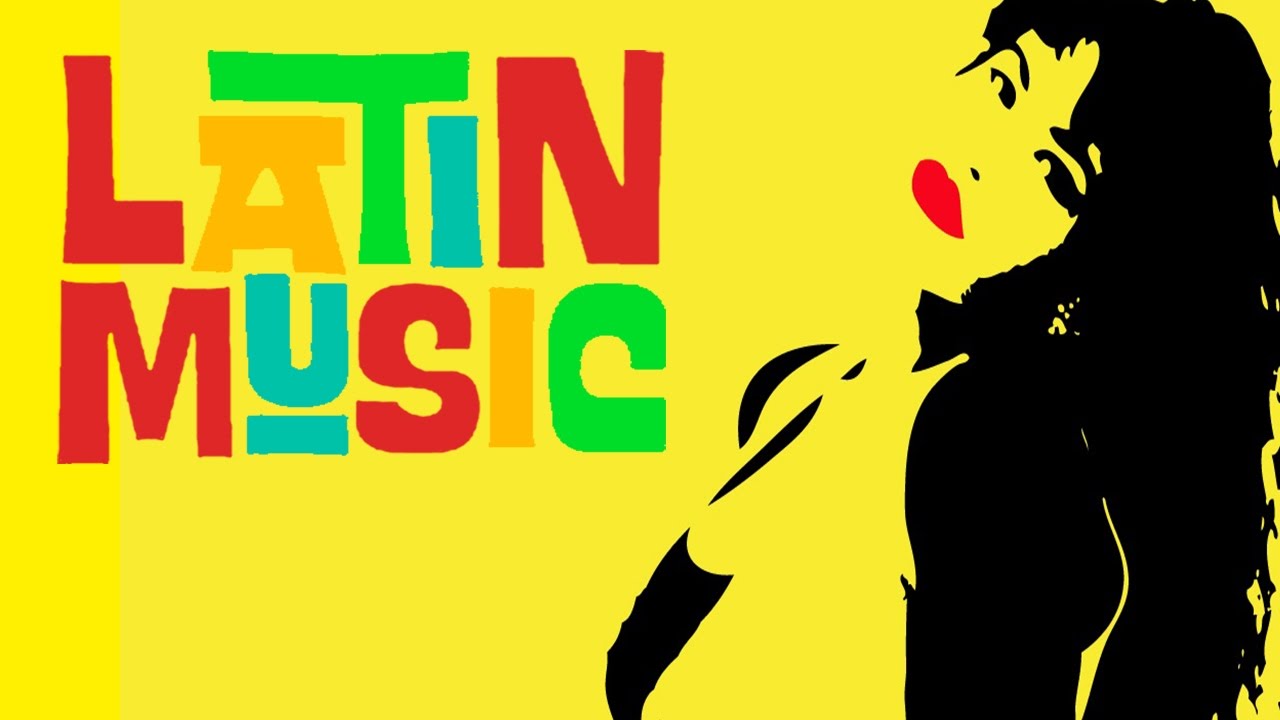 Latin crossover music, or music featuring English and Spanish lyrics, is becoming increasingly popular in the states, especially with songs like “Despacito” by Justin Bieber or “I Like It” by Cardi B. That being said, crossover music has been successful for years; successfully crossing over from one language to another is no new feat. Artists like Shakira, Enrique Iglesias, and Ricky Martin all started off as successful musicians in their home countries of Colombia, Spain, and Puerto Rico (respectively) before they decided to make the move to a more Americanized form of music. Their crossovers were wildly successful worldwide, and this opened up massive opportunities for them all. From sold-out world tours to brand partnerships and sponsorships, crossing genres and language barriers have brought these artists success and new experiences.

Perhaps one of the more well-known Latin crossover artists, Shakira started her crossover career in the early 2000s after a career in music and acting in her home country of Colombia.

While she was able to find minor success in brand deals when her career was first starting, brand partnerships really didn’t start coming through until after she started becoming well-known in the states. 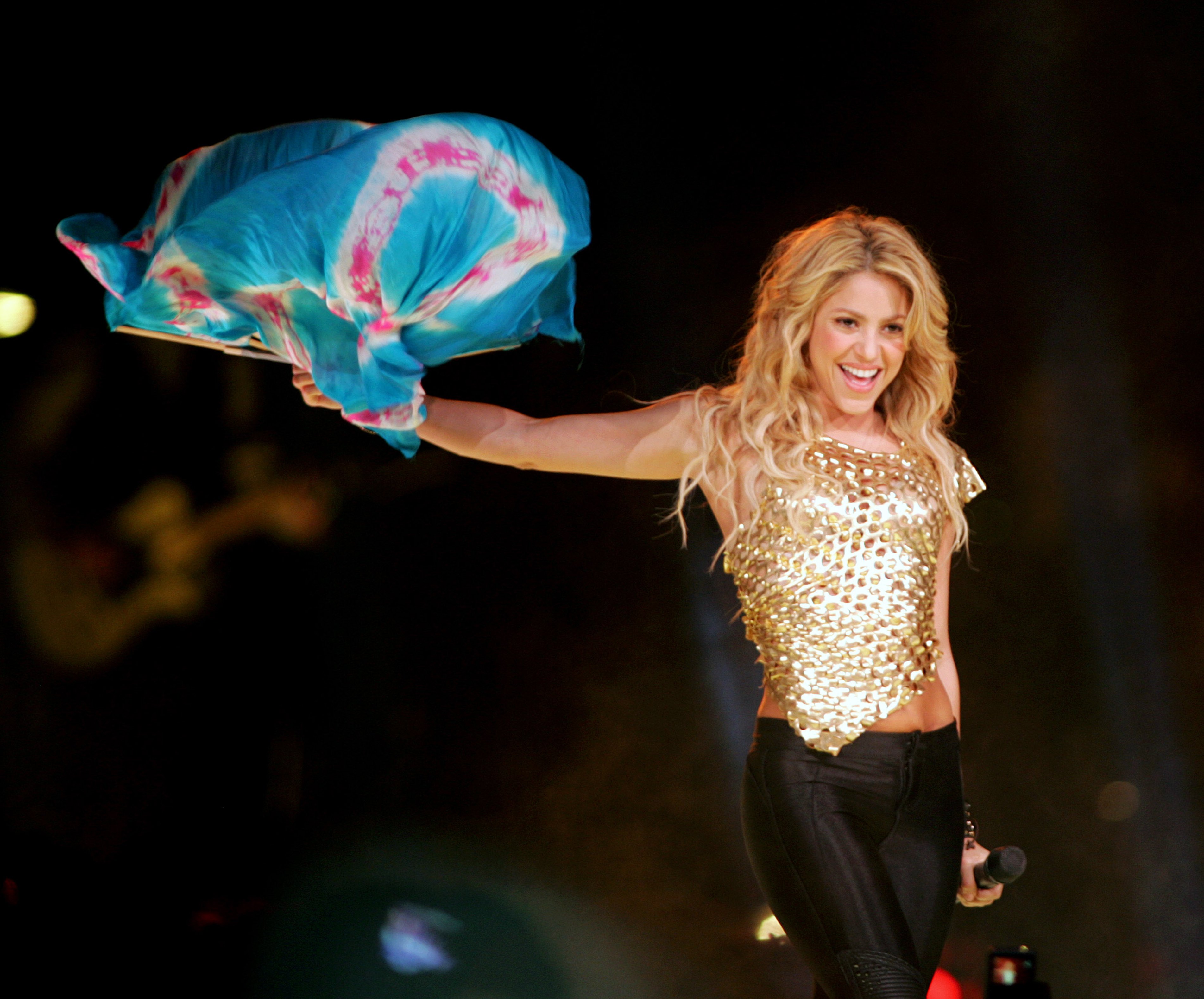 In their first-ever global partnership, Crest White Strips partnered with The Voice judge and named her their global ambassador. As someone who believes that “a smile is one of our most important assets in life,” Shakira is the perfect crossover artist to serve as a global ambassador for Crest. 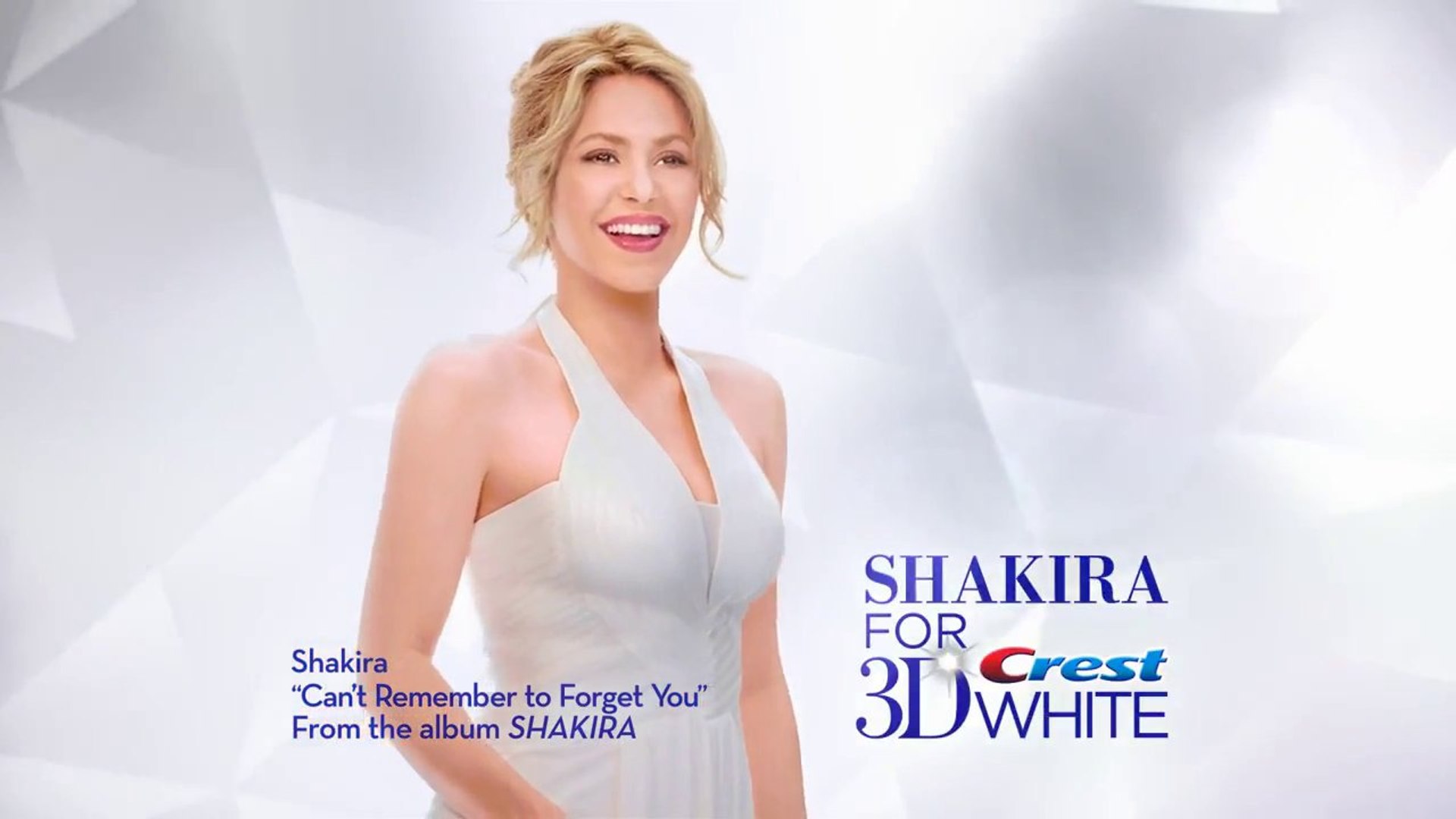 One of Shakira’s first partnerships after crossing over into the Western music scene in 2002 was with Reebok. Her partnership marked the company’s first partnership with a female musician, and she was the face of multiple commercials for the brand for the Spring season. On top of this, Shakira took part in helping design a small collection for the brand; her name wasn’t directly connected to this collection, but it was highly influenced by Shakira and her work. 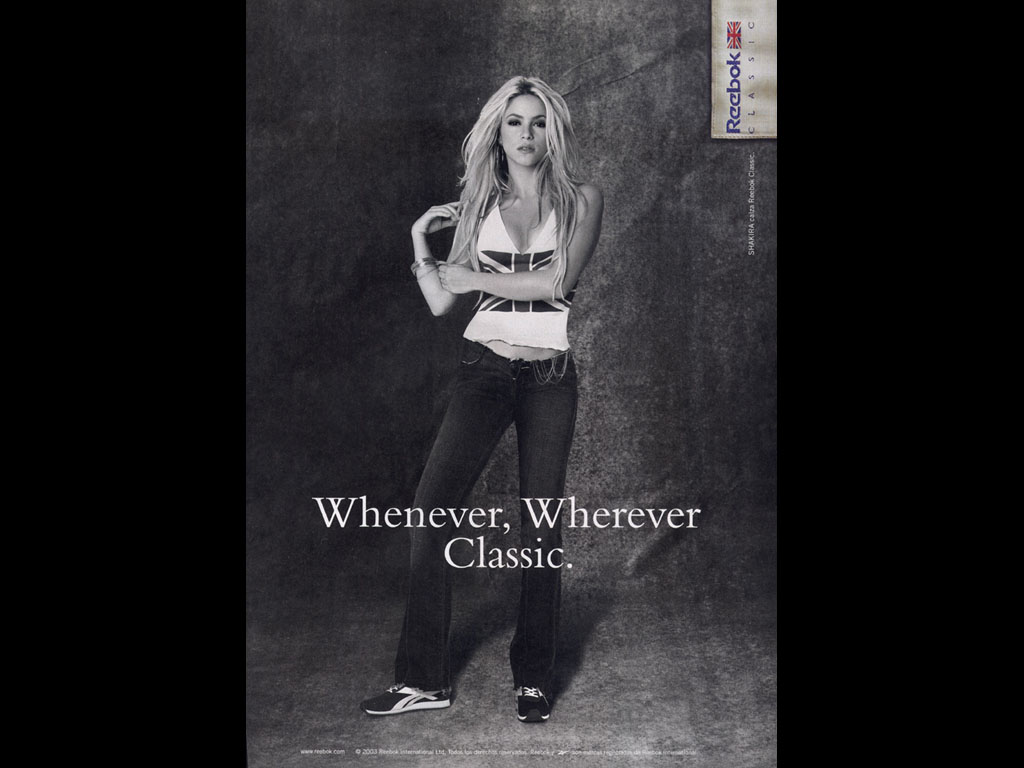 One of Shakira’s longer-lasting global partnerships (lasting for two years), was through camera company, Panasonic. In this partnership, Shakira did multiple commercials and print ads, as well as promoted the products through social media and personal use. The partnership spanned multiple products, including a digital camera, a video camera, and a plasma TV. The print ads and commercials aired in both the U.S. and in Latin America, and there were multiple versions of each commercial based on the product, the country it was airing on, and even the platform in which it aired.

Widely regarded as the “King of Latin Pop,” Enrique Iglesias has been in the music industry for over 20 years, where he has won 1 GRAMMY, 5 Latin GRAMMYs, and hundreds of other notable awards. He started his career in the mid-90s with an American Spanish-language record label and successfully crossed over into the US mainstream market in the early 2000s. As a successful Latin artist in both Latin America and the US (even prior to his crossover), Enrique was able to create lasting partnerships with American and Latin brands for years. 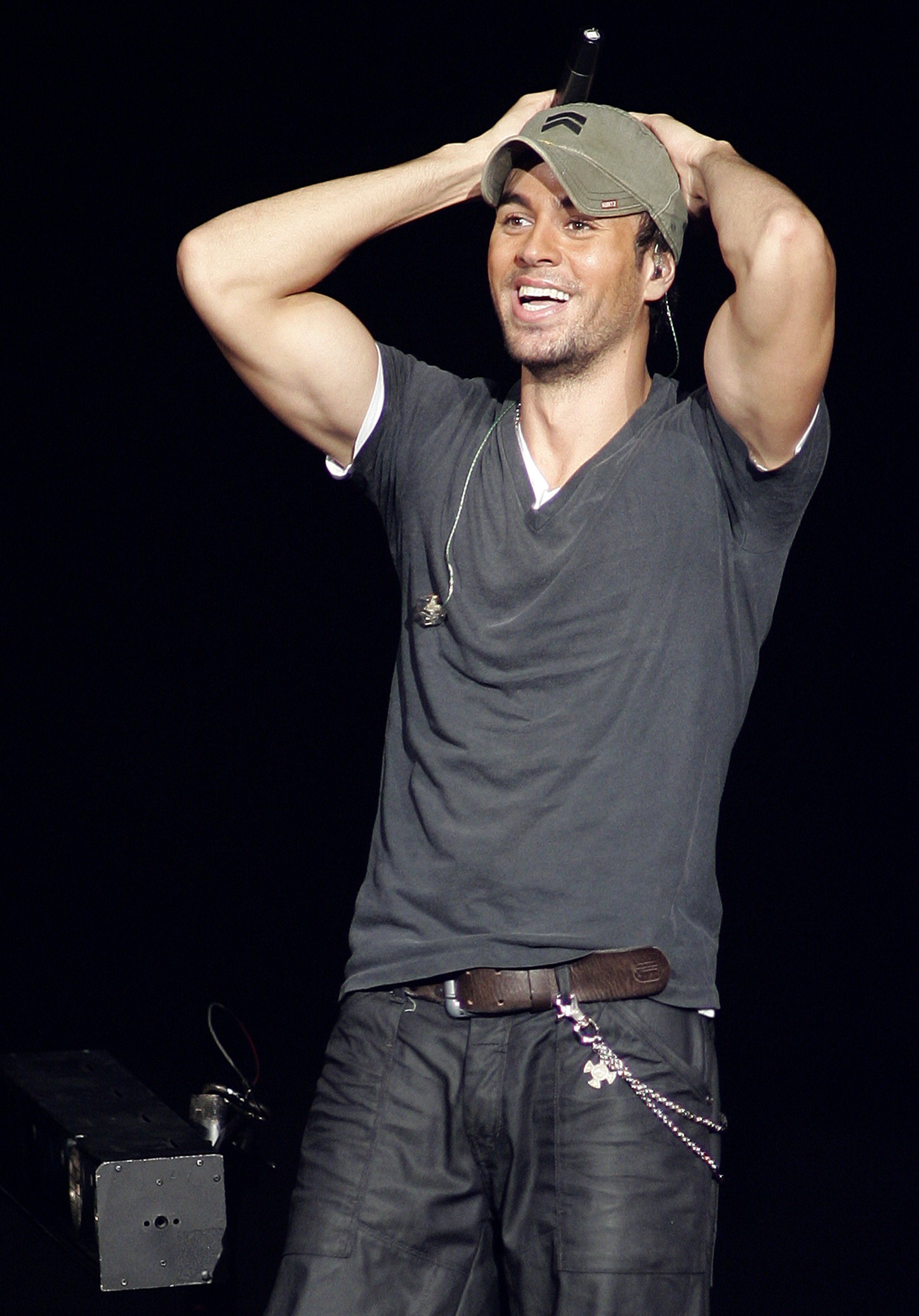 Prior to partnering with Miami-based Atlantico Rum, Enrique was a huge fan of the product and was thrilled to get the opportunity to partner with them. He partnered with the brand in 2011 where he served as the face of the company and did multiple print ads for them, as well. 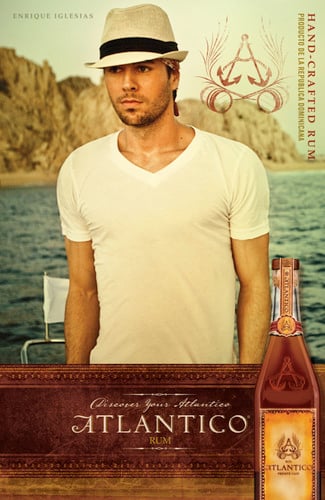 Iglesias’ partnership with fragrance giant Azzaro was not his first venture into being the face of a fragrance; he had partnered with Tommy Hilfiger, which was a partnership that lasted for years for him. This partnership gave Iglesias and Azzaro opportunities to get exposure in different audiences than what they are used to, so it was a mutually beneficial partnership for them both. The fragrance was one that was made to honor their fragrance of the same name that was brought onto the market in 1978, and Iglesias was more than happy to be the newest face of the beloved fragrance. 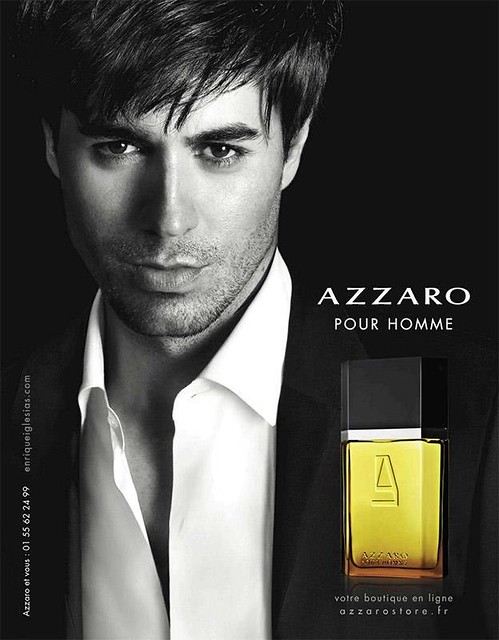 In 2013, beverage company 7UP served as the official sponsor of the Latin GRAMMYs, where they partnered with Enrique Iglesias to give fans an unforgettable experience. 7UP partnered with Iglesias and invited fans to “Live it Up!,” where 7 fans would win tickets to the Latin GRAMMYs and would also get a private concert with Iglesias, himself. While that contest was a once-in-a-lifetime experience for lucky fans, it was not the first time that Iglesias had partnered with 7UP to put on a special private show for deserving fans; he had done so the year prior, as well. It was such a massive success that 7UP quickly jumped at the opportunity to do it again, on an even bigger scale, the year after! 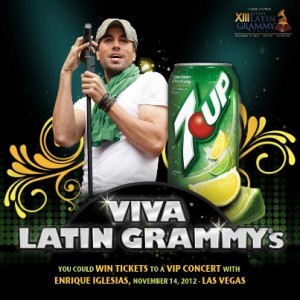 While Puerto Rican-born singer and rapper Bad Bunny is an up-and-comer in the crossover music industry, he is definitely no stranger to brand deals. As a multi-genre artist, Bad Bunny is able to use his diverse following to successfully promote brands that partner with him. He may not yet be an immediately recognizable name to all, but Bad Bunny has already had his fair share of big-name brand deals! 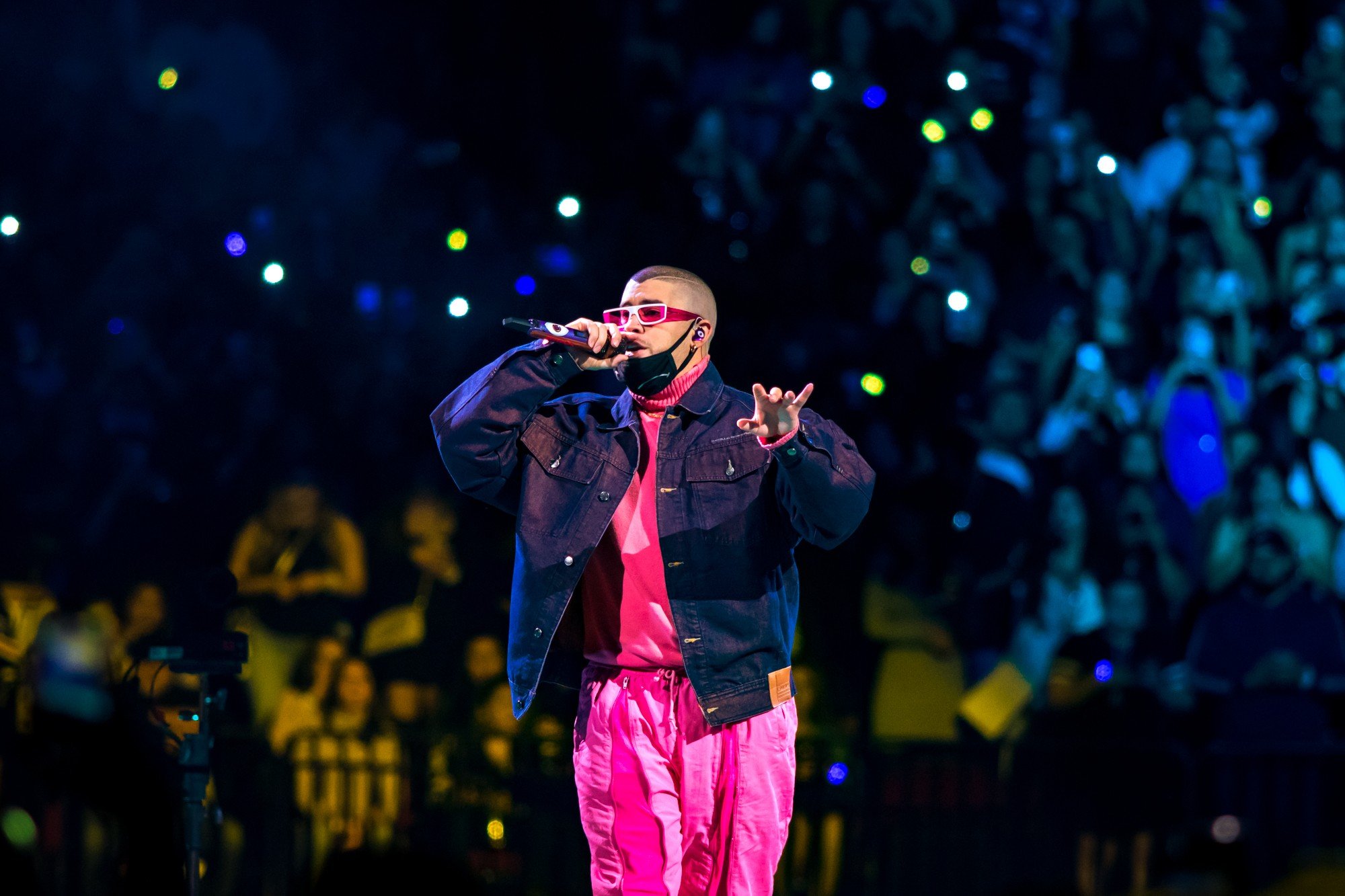 Last year, the GRAMMY-nominated artist partnered with Corona to put on a once-in-a-lifetime, immersive live concert experience to fans. The brand brought back “Corona Estereo Beach” in hopes of bringing a new sense of culture and authenticity to live shows. Corona sponsored the second leg of Bad Bunny’s tour, in which they hoped to bring a new, beachy vibe to his shows, while also acting as the tour’s “official drink.” Along with helping sponsor the tour, Corona ensured that fans would have the chance to win tickets to a show and to even meet “The King of Latin Trap” after a show. 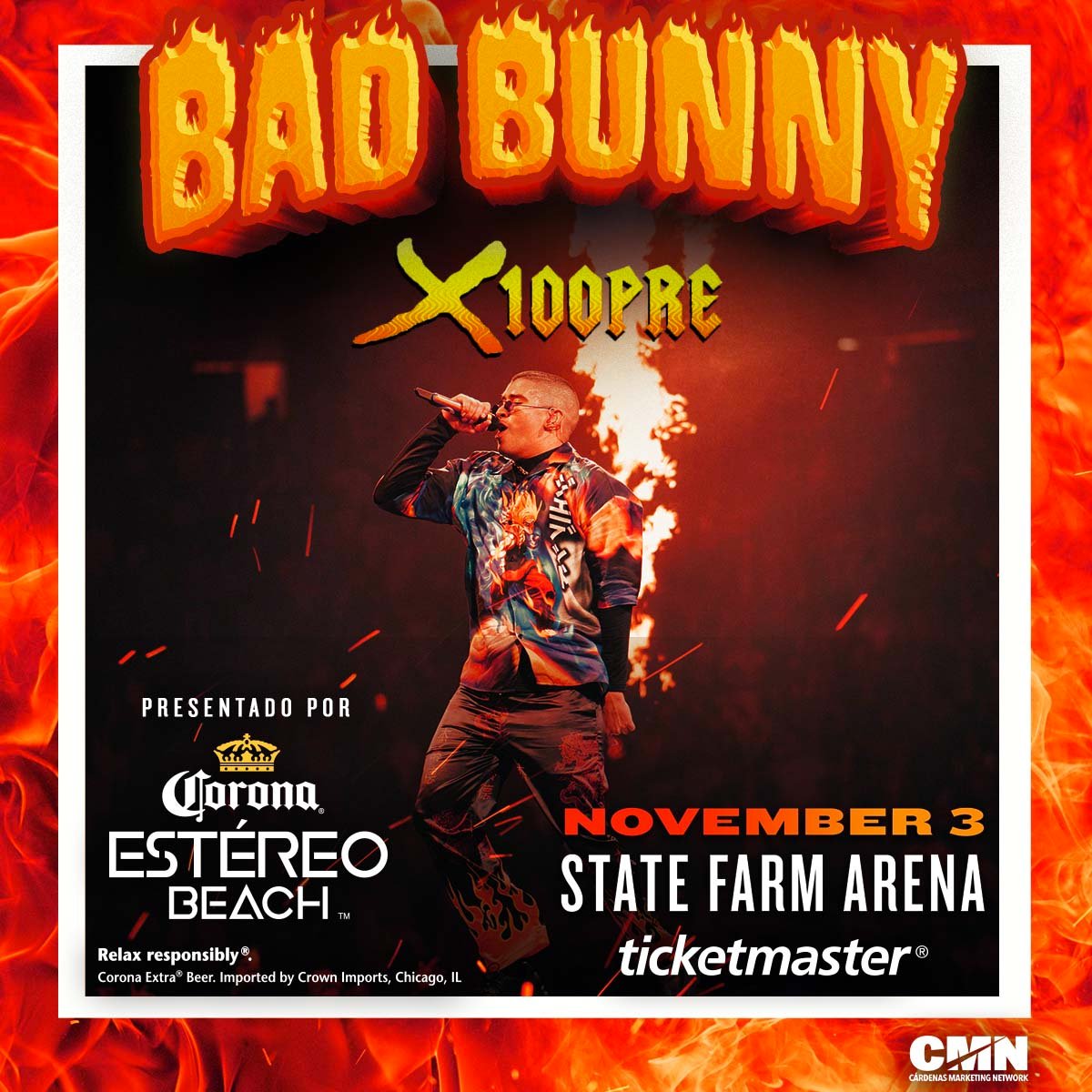 Foot Locker’s 2018 campaign brought together a horde of self-proclaimed speaker heads for their “#BecauseSneakers”  campaign, including Bad Bunny. The TV spots starred different artists, athletes, and actors singing along to the brand’s newest anthem, proclaiming all that they do for sneakers. The multicultural and globe-spanning campaign brought together dozens of celebrities which helped the brand gain different audiences as well as helped smaller artists (like Bad Bunny) get publicity in new platforms.

As Apple Music’s “Most Streamed Latin Artist” in 2018, Bad Bunny quickly became a partner with Apple and Apple Music. In 2019, Bad Bunny released a live EP that was completely exclusive to Apple Music users. While, on paper,  this doesn’t seem like much of a partnership, it allowed Apple to find new consumers who may use the streaming platform. Loyal fans to Bad Bunny were willing to do anything to hear the exclusive EP, and many downloaded Apple Music to hear it. The first month of Apple Music may be free, but giving fans an opportunity to check out Apple Music and see all of the specs they include - all while listening got their favorite artist - is an incredibly smart business move on Apple’s part. 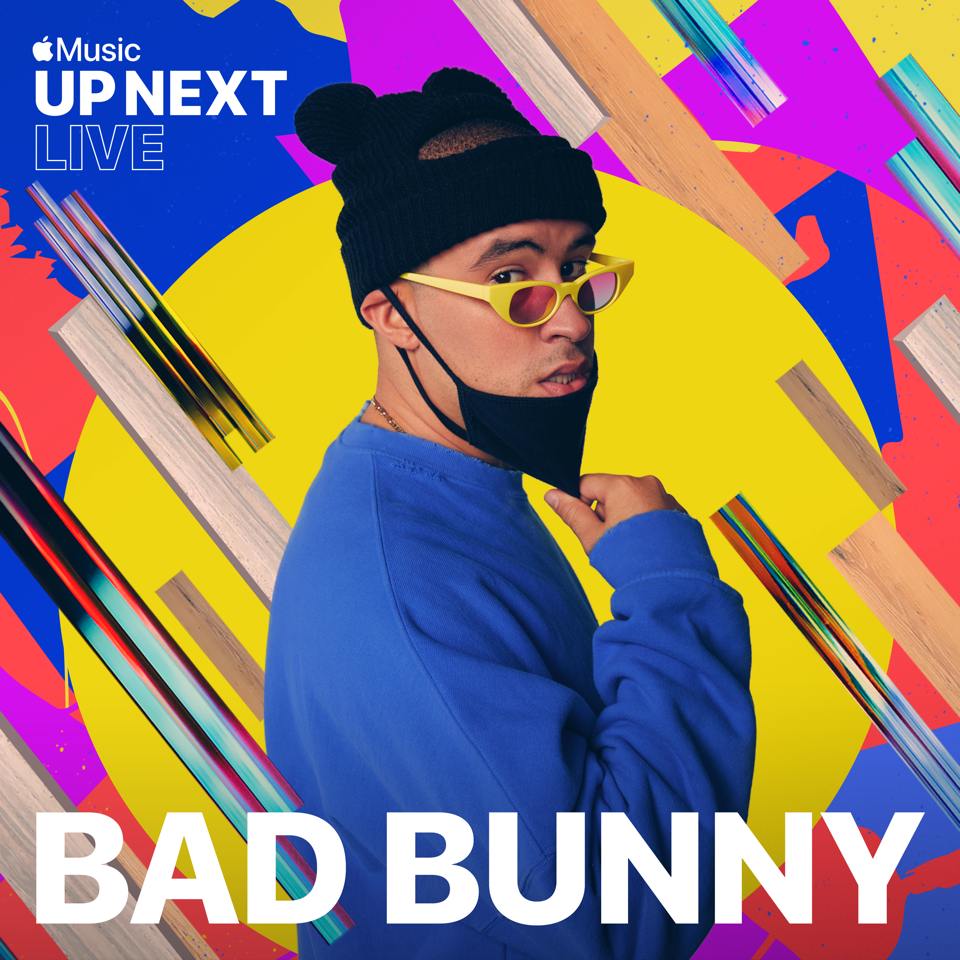 While there will no doubt be people hesitant to explore new genres of music, especially if it isn’t in their native tongue, crossover music is a genre that is quickly and steadily growing. Oftentimes, crossover artists come to the states with double the fanbase that American artists have, and this is a fact that brands are quick to jump at. Brands realize how loyal fans can be, and when they decide to change genres, it only opens up more doors for the artist. Because of this, it is vital for brands to partner with crossover musicians; there is really no situation in which you come out of the partnership without even a few new customers. Crossover musicians give brands the opportunity to advertise to new demographics in a way that allows for fans to trust the brand.

Want to learn more about product placement and brand partnerships in the music industry? Check out these blogs below for more tips and tricks!

Curious about how to begin partnerships with Latin crossover artists (among other celebrities)? Check out our Social Influencer Guidebook!