Because brands are so present in our everyday lives, movies and TV shows have no choice but to acknowledge their presence. However, not every show is looking to give a shout-out to Pepsi every time a character is drinking a soda, so they create their own brand alternative of Pepsi.

And sometimes these brands seem just so real... that you might go online and google to find out where you can purchase them. And be a little surprised to find out... they only exist on screen, and they are fake-outs.  In this blog, Hollywood Branded shares five fake brands on TV that you won't find in real life. 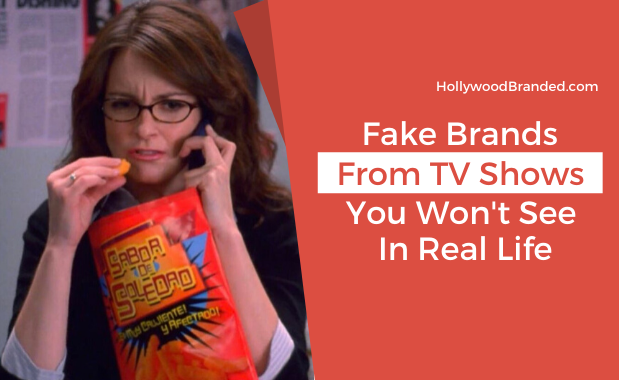 If you kept up over the seasons with Olivia Pope and her crew of gladiators, chances are you’ve noticed the team spending many late nights at the conference table stuffing their face with the fictional fast-food Gettysburger.

One of the restaurant’s most prominent placements occurred when Presidential Candidate, Mellie Grant, went to the restaurant as a PR stunt to appear more likeable to her voters, a tactic we’ve seen with today’s real life presidential nominees. 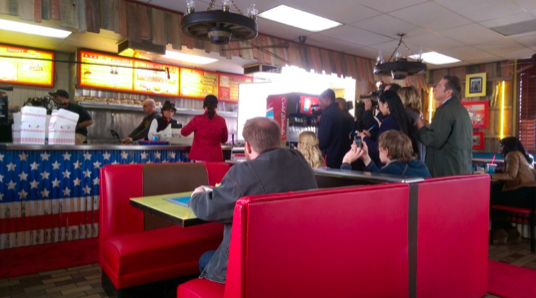 The burger joint, similar to an Umami burger or Steak ‘n Shake, has proven to be a disappointment to many fans when they find out they can’t actually order a Lincoln Burger and Freedom Fries.

The 30 Rock team was often seen chowing down on the Cheetos-like snack, which translates to “The Taste of Loneliness”.

The Mexican cheese puffs played a predominate role in season 2 when Liz Lemon (Tina Fey) thought she was pregnant, but it turns out that the “bull semen” in the chips can lead to false readings on a pregnancy test.

Don’t think you’d find that in your grocery store’s tub of cheese balls. Or want to. 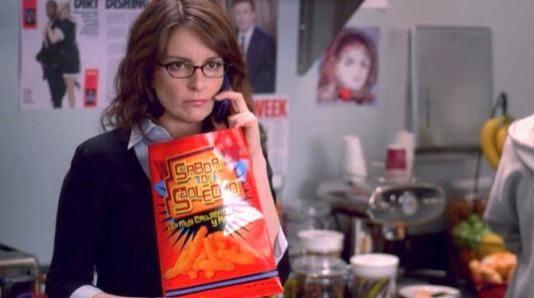 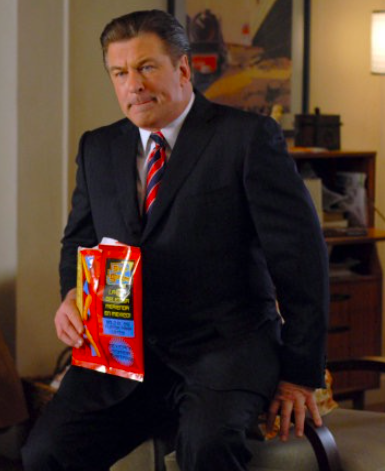 In an attempt to make more money for the hospital, Dr. Kelso (Ken Jenkins), put a Coffee Bucks inside Sacred Heart Hospital. The fictional coffee chain quickly became a common hangout for the hospital staff, where characters would often hold meetings and spend their breaks.

The chain’s big break came in season six when Janitor (Neil Flynn) discovered that the Coffee Bucks employees get dental insurance and the custodial staff doesn’t. As a result, the custodial team leaves their cleanup duties and gets jobs at Coffee Bucks until they’re promised dental coverage. Good for you, Janitor! 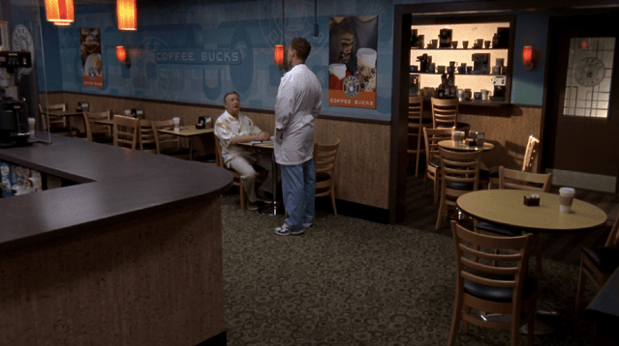 Morley is a brand that has appeared in various films and TV shows since it was first spotted in Alfred Hitchcock’s 1960 film Psycho.

There are a few commonly fake brands like this, but Morley has been around the longest. The name derives from Marlboro’s nickname, Marleys. You’ll notice that the Morley packaging is similar to Marlboro packaging as well.

You’ve seen the nicotine brand everywhere from Thirteen, Beverly Hills: 90210, Californiacation, Breaking Bad, Orange in the New Black, etc… But we have to say our favorite Morley sighting is when Friend’s Rachel Green pretended she was a smoker in order to blend in with her new co-workers. That girl’s smoking habit was faker than the brand she was pretending to smoke!

Oh and by the way.. it's been illegal for real cigarette companies to pay to be in TV shows or feature films... since the 1980's.  They used to give out freebie cigarettes to shows as an incentive, until that little habit was kicked to the curb. 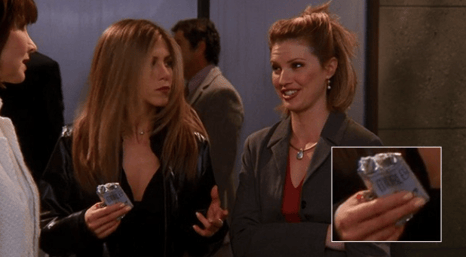 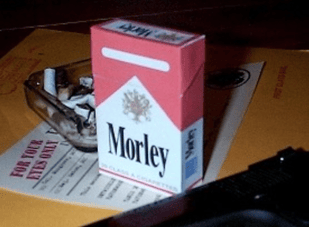 No House of Cards fan can question Frank Underwood’s love for Freddy’s BBQ Joint. The fictitious hole-in-the-wall restaurant played a crucial role in the first few seasons as it was a place Underwood could host secret meetings, get his rib fix at literally any time of the day (more commonly night), and find companionship with the owner, Freddy Hayes.

In the show Freddy ended up closing his iconic restaurant and ultimately reluctantly joined Underwood in the White House… spoiler alert, it doesn’t end up working out too well! 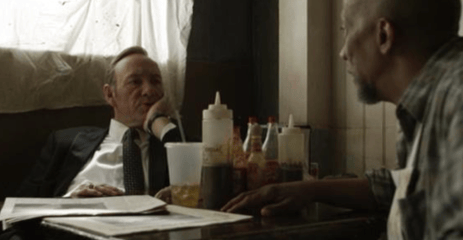 Why Productions Fake It

Coming up with these fictional brands allows production to really have creative license with how the brand is presented on screen.  You have a lot more freedom creating a plot around Coffee Bucks than you do Starbucks, as Starbucks would, understandably, be very concerned with how they’re portrayed on screen - specifically when a brand is disparaged by the characters on screen.

It’s also a way for the production to be able to avoid the demands that come about with a network and their media buy requirements. Whatever a show’s reasoning, there’s no doubt that these brands often leave viewers going, “Wow! Where can I get that… oh booo ☹…”

However, as much as we’d sometimes like to trade a Big Mac for a Gettysburger, everyone should ultimately be grateful that there isn’t bull semen in our cheese puffs. What fake brands did we miss? Let us know!

How To Get Your Real Brand On Screen

Product placement is an excellent way to grab consumers attention on an engaged platform, which we discuss in our blog Easy Affordable Consumer Engagement Tactics as well as in our team's blog 5 Ways Brand Marketers Secure Product Placement To Increase Sales.

And then check out these blogs on product placement: