A Great Case Study Of PR Crisis Control: The Grammys 2020


Every Company Needs An Emergency Plan

We all have heard about PR crisis control management, and the importance of having plans in place, but we rarely see it in action.  On the morning of January 25th, 2020 an event happened with such magnitude, that it could have entirely derailed that evening's Grammys ceremony.

But it didn't. The Recording Academy of Artists already had in place some elements of a plan in case of a major celebrity news driven death, or was able to cobble together a plan that afternoon, to advert complete disaster.  That event was the death of Kobe Bryant, a hero and celebrity star among the Los Angeles community attending the event that included music artists, actors, athletes and the major powerhouses behind them. But that wasn't the only issue going on. In this blog, Hollywood Branded addresses the importance of PR crisis control plans, and shares a phenomenal case study from The Grammys. 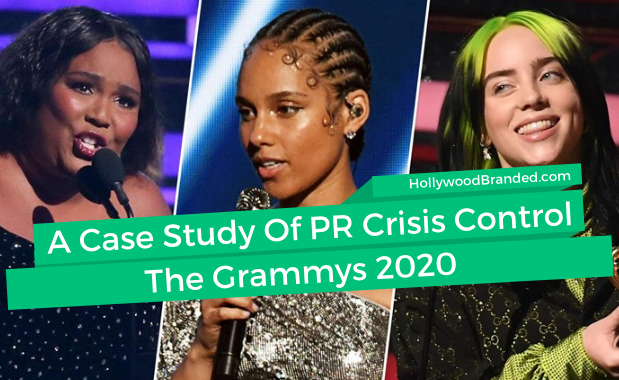 More Than A Celebrity Death

The fact is, Kobe Bryant's death was not the only issue that the Recording Artists was facing for the 62nd Grammys.

Grammys host Alicia Keys started the broadcast off by saying “it’s been a hell of a week”.  And she was absolutely right.

The week started out chaotically for the Academy of Recording artists with a number of events that would have each on their own cast a pallor at the event.  Compiled, they were massive.  Beyond the death of Kobe Bryant that morning, the Recording Academy was already reeling from trying to figure out how to address - or not address, what Sean Combs aka P Diddy said the night before about the organization at a major pre-party, as well as how to handle a mega lawsuit that had just been announced between the current female president and their board of directors.

The venue provided an eerily timed space to celebrate Kobe Bryant, with Alicia Keys calling out the fact that they were all sitting at Staples Center, the house that Kobe helped build, and where the awards show took place Sunday. Already in the works was a tribute for the late rapper Nipsey Hussle, which was extended to honor and include Kobe Bryant as well.

A Voice That Called Out The Academy

The night before the Grammy's is one of the hottest Hollywood tickets in town - the Pre-Grammy Gala that is co-hosted by The Recording Academy and music industry executive Clive Davis.  This is THE party to be seen at, and it chock full of stars and the biggest names behind them, ranging from music artists and actors, business icons, to those standouts from the art and political world.  This is an event that Jay-Z and Beyoncé attend, and even Nancy Pelosi took a step away from the impeachment trials. 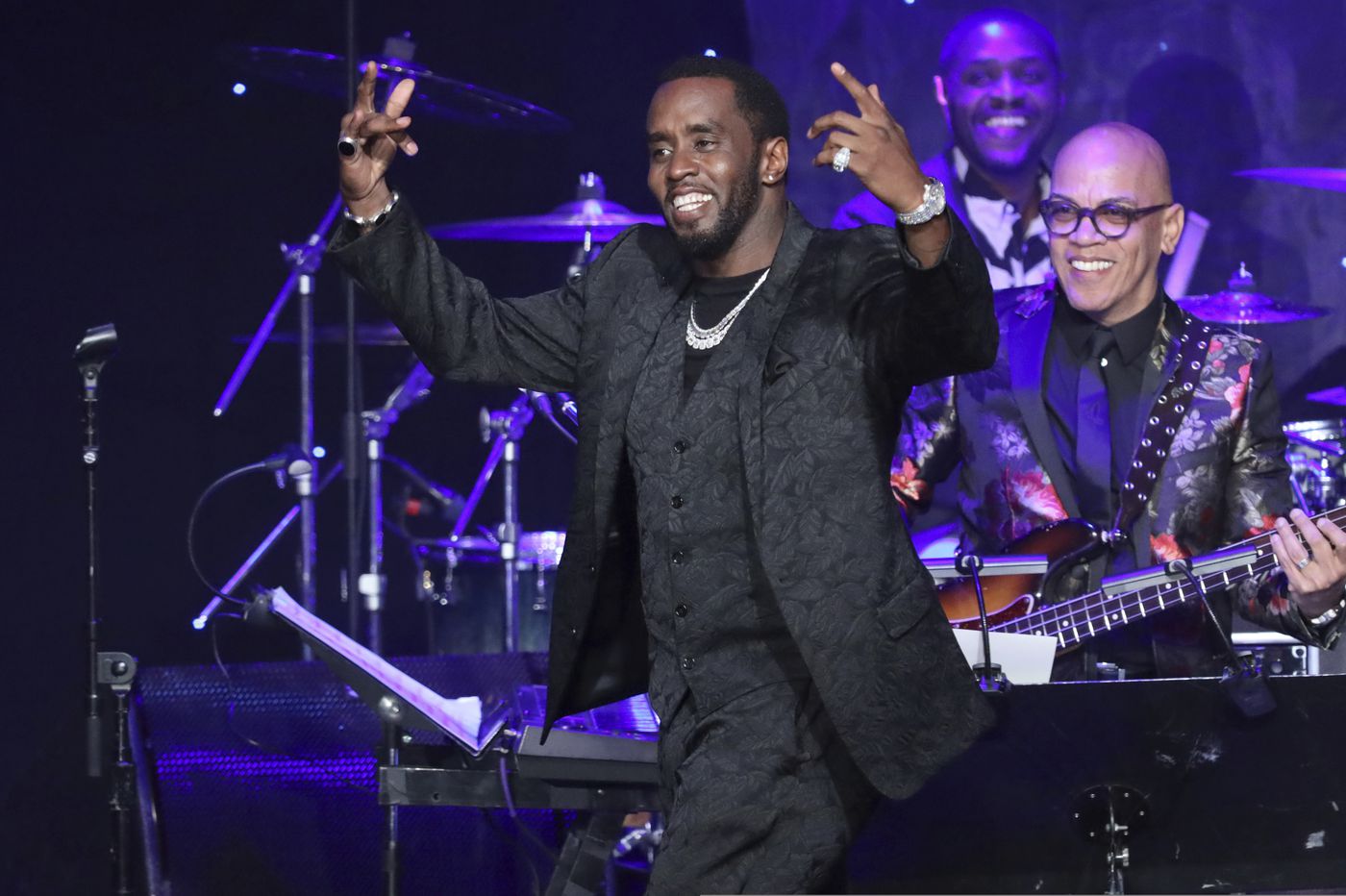 This year, P Diddy, the man known as Snoop Dogg, now Sean "Love" Combs and originally Calvin Broadus was given an Industry Icon Honor at the event with his celebrated in a roast by his peers.  Something the Recording Academy might be wishing they had not done at this point in hindsight.  Always a man to share his voice, Diddy slammed the Recording Artist Academy and Grammys in his speech, and challenged both the music industry and Academy of Recording artists to be more diverse in their awards and honors

"I'm being honored by the industry that I love, the family that I love, but there's an elephant in the room and it's not just about the Grammys... there's discrimination and injustice everywhere.

"Truth be told, hip-hop has never been respected by the Grammys. Black music has never been respected by the Grammys to the point that it should be.... For years we've allowed institutions that have never had our best interests at heart to judge us, and that stops right now... We need the artists to take back the control. We need transparency. We need diversity. This is the room that has the power to make the change that needs to be made. They have to make the changes for us."

While he later stated he did not intend to bash the Recording Academy and Grammys, there were certainly uncomfortable moments felt and which danced around and pretty much ignored during the actual Grammy telecast.  However - they did smartly still name him as the honoree during the broadcast, and Alicia Keys somewhat smartly managed the conversation during her very brief discussion of his award.

A Lawsuit + Massive Accusations Of A Rigged Awards System

Two weeks prior to Grammy night, the Recording Academy fired their CEO, Deborah Dugan.  In a slurry of negative press, Dugan alleged not only sexual harassment, which during this #MeToo movement is now an instant news story, but also stated that the awards show was absolutely positively rigged.

That's a major issue where you already have artists who have felt entire genres of music and talent have been actively chosen to be ignored. This story is still going to play out, and the timing was absolutely dreadful for the Grammys star studded event.

But the event did go on.  And people - and stars - did attend. In droves.

Here's the thing.  No one knew how to best handle Kobe's death, if there would be an uplifted voice trumpeting Snoop Dogg's claims of discrimination, or an all out female led and male supported outcry on the sexual harassment claims. And that is not to say that did not occur.

Media outlets reported that Taylor Swift chose to not perform and attend due to the harassment issue - and perhaps that is true.  But the Grammys handled this with a phenomenal choice in MC's - with Alicia Keys being front and center the entire night. A black woman.  A powerful voice among women.  And someone who managed to unite the entire audience both at Staples Center and home, together to both mourn and more importantly - allow people the ability to celebrate Kobe Bryant's life.

Alicia Keys gave the audience in extremely well thought out singing and conversational moments the permission to celebrate the artists in that room in that moment, and her presence, her songs, and her voice quelled the despair of Kobe Bryant's death, Snoop Dogg's roar of discrimination, and for that moment, the ongoing legal battles of the Recording Academy.

The Night Went On

The evening of the Grammys was by no means their best, and many artists and their fans will have complaints likely about some of the category sweeps that took place, where their favored artists were not honored.  This is to a degree, always the case, and expected.  But the night did not derail as it easily could have.  In fact, the Grammys provided a place for the world to turn to, not only to start the grieving process, but to share it, and celebrate an individual whose time was dimmed all too soon, and felt the world over.

Check out these blogs our team has written about other ways companies manage PR to their benefit.

The power of celebrity is tremendous.  And events like the Grammys allow brands the opportunity to become front and center to major trendsetters through side events leading up to the big night or day, backstage gifting lounges and even sponsorship of the event itself.  Check out some of the events your brand can partner with to make a big splash on our downloadable calendar!