A-listers Are Broadening Their Horizons Beyond The Big Screen

In the not so distant past, when an actor made it to the big screen and transitioned into A-List status, they no longer explored opportunities in TV, and definitely would not return to a show on Broadway.

Tina Fey and Amy Poehler poked fun at this unspoken hierarchy in the entertainment world at the Golden Globes, stating that successful comedienne Julia Louis-Dreyfus, who recently made her film debut, had “really changed” as a result of her recent film success.

The Draw Of TV

But with the standard of TV today significantly raised, many consider modern television to be in its Golden Age - and it’s now become acceptable for Hollywood’s biggest names to return to star in a TV series. This transition offers the star an extremely lucrative opportunity to not only make money, but to return to the art of acting, which has made the practice pervasive in the industry.

Currently, there is a bit of an employment issue that could be contributing to this change. With the film industry so focused on franchises and Oscar gold, many actors would argue that the scripts offered in the TV world are much more gripping than what exists today in film. The story is what pulls in the talent. 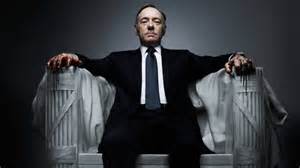 Two-time Oscar winner Kevin Spacey and star of the hit Netflix series House of Cards — who is a great example of this shifting trend — attributed the increasing prestige of TV to a few things: Great talent, compelling character-driven stories, and the power of internet video-streaming.

With the top actors gravitating towards TV, the best of the best from film seem to follow: Directors, writers, and cinematographers. As a result, this trend could turn out to be the new norm, as the quality of television content will only get better. This shift should benefit all involved, as today’s audiences are in love with television.

That said, Spacey made a great point as far as the rise and influence of internet video-streaming, specifically alluding to services such as Netflix:

"We have learned the lesson that the music industry didn't learn: give people what they want, when they want it, in the form they want it in, at a reasonable price, and they'll more likely pay for it rather than steal it."

Spacey’s point pertains to all forms of scripted digital entertainment. The various ways that we are able to consume entertainment today has lent to major changes in the industry, from content creation, to varied talent involvement, to viewership range, to payment and advertising, and beyond.

Related entertainment marketing components, including advertising and product placement, have been directly impacted and will continue to evolve at a fast pace. Those specific changes will be addressed in a separate post. Stay tuned.

Be sure to follow our blog for more updates on industry trends and how they affect entertainment marketing practices!