Behind the Sign Inside Hollywood: Assistant at the AFM Closing Party!

My name is Rachel Stewart and I’m new to the Hollywood Branded team. I started as CEO Stacy Jones’ assistant in early November, and I couldn’t be happier to be a part of the team and the celebrity network! Last Wednesday night I had the pleasure of attending the AFM Closing Party at the W Hotel with seasoned brand agent Shannon Moore.

We arrived at the W Hotel after a treacherous half an hour looking for parking in the Hollywood and Vine area. We circled the different lots several times before eventually deciding on a structure only blocks away from the venue. After a pleasant walk over to the hotel we arrived at the American Film Market Closing Party.

What Is The American Film Market?

The American Film Market is a premiere global marketplace committed to the collaborative business of independent motion picture production. AFM is produced by the Independent Film and Television Alliance and attendees spend over $3 billion annually to produce films. 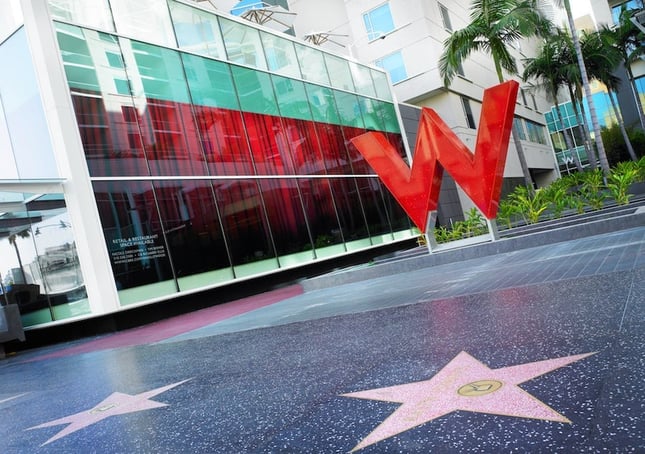 We were immediately approached by a gentleman who Shannon had delivered PassionRoses to on the set of one of his movies.

“You were so nice!” Shannon exclaimed, excited at the memory.

They engaged in a lively conversation, then later Shannon and I moved towards the complimentary appetizers provided for guests. After two plates each of hummus, pita, and tuna tartare we continued to mingle with other American Film Market guests. We met producers, writers, directors and even an interior designer whose husband works in the entertainment industry.

Shannon and I also got a chance to get to know each other better once we made our way to the seating areas located in the W Hotel. We discussed her experience as a brand agent and her take on the best tactics inside Hollywood for entertainment marketing and film making in general. She’s learned a lot over the years about the rules of product placement in film and television and how effective product placement can be in driving consumer sales, as well as the best ways to utilize product placement.

I was really looking forward to the AFM closing party, especially after I had heard about the Hollywood Branded team's previous experience attending the AFI Osage County debut after reading this blog post. I particularly enjoyed the AFM Closing Party at the W Hotel because of the networking, beautiful décor, great food, and overall atmosphere. The party took on the tone of the American Film Market in general: creative people and business executives mingling in order to get feature films written, financed, produced and distributed. I appreciated the collaborative spirit and many of the producers and executives in attendance were surprisingly friendly and open to an aspiring entertainment marketing professional. I’m really looking forward to future events!