Behind The Sign: Mark Wahlberg Opens Up About Hollywood

The Star Of The AFI Film Fest

There is no doubt that Hollywood knows how to create a captivating war film complete with all the right ingredients: Intense stunts, mind-blowing special effects, and of course, an emotional storyline to pull it all together. And as we learned at last week’s American Film Institute (AFI) premiere of Lone Survivor, it was clear that the Peter Berg-directed war drama contained all these necessary elements.

Together, Berg and the busiest man in Hollywood, Mark Wahlberg, brought to life the story of Lone Survivor and US Navy SEAL, Marcus Luttrell. And while we could go on forever about how the film successfully takes the audience into the field of battle, that we give the film two thumbs up, etc...our experience at the AFI Film Fest revealed a raw side to Hollywood that we were privileged to see firsthand, with a heart-wrenching emotional aspect resonating well beyond the film’s end.

As the lights dimmed we prepared ourselves for an emotional ride. Lone Survivor is the story of a failed mission in Afghanistan where numerous US Navy SEALS lost their lives—All, except for one. Mark Wahlberg had the honor and challenge of playing THE lone survivor, Marcus Luttrell.

While the film ends on a high note with a heroic rescue, we were then introduced to the fallen heroes of the mission through a montage of pictures. That’s when the reality of the story hit home. Minutes later, Peter Berg, Mark Wahlberg, and Marcus Luttrell sat front and center for a Q&A session where they explained that their main focus was to make sure the film stayed true to Luttrell’s real-life experience.

Luttrell, after receiving a standing ovation, spoke about how a part of him died on that mountain in Afghanistan. He talked about how he was picked up by the important people in his life, like his wife, family, fellow SEALS and other service men and women. Luttrell was in good spirits, proud of the film, and the audience was feeding off of his theme of hope and “it will get better” mantra. Even then, it was hard to ignore the fact that Wahlberg seemed distracted and uncomfortable, even staring at the floor.

It was then that the tone of the Q&A would change, and it was unexpected for everyone in attendance.

The AFI moderator asked Mark Wahlberg about the strenuous training he endured to prepare for the role. Sure, we thought it was an odd first question considering Berg and Luttrell were all questioned about the authenticity of the film, but no one was prepared for what was going to come out of Mark Wahlberg’s mouth next, including the numerous F bombs.

“I’m not really in a good place right now…” Wahlberg started with a slow deep voice. Wahlberg went on an incredibly emotional raw rant about how ridiculous it is to compare an actor’s preparation to what these brave men and women go through each and every day. To give you all a taste:

“I don’t give a … if you get your ass busted. You get to go home at the end of the day. You get to go to your hotel room. You get to order your … chicken. “For actors to sit there and talk about ‘oh I went to SEAL training’? I don’t give a f-ck what you did. You don’t do what these guys did. For somebody to sit there and say my job was as difficult as being in the military? How f-cking dare you, while you sit in a makeup chair for two hours,” – Mark Wahlberg

Sitting in the 3rd row we were close enough to notice that Berg had reached over to Wahlberg almost to say “calm down” and even half-jokingly reminded him that there were kids in the audience, which did break the tension a tiny bit. Wahlberg continued to speak on the deep connection he had with the film and his developing friendship with Luttrell. He closed out his response with the following statement:

“I’m sorry for losing my sh-t. Don’t ask any more questions tonight.” Then he continued, “No, it’s just getting f-cking started. I’m going to find my f-cking second wind and we’re going to celebrate this f-cking movie. But don’t ask me any more questions.” – Mark Wahlberg

And guess what? There were no more questions for Wahlberg! 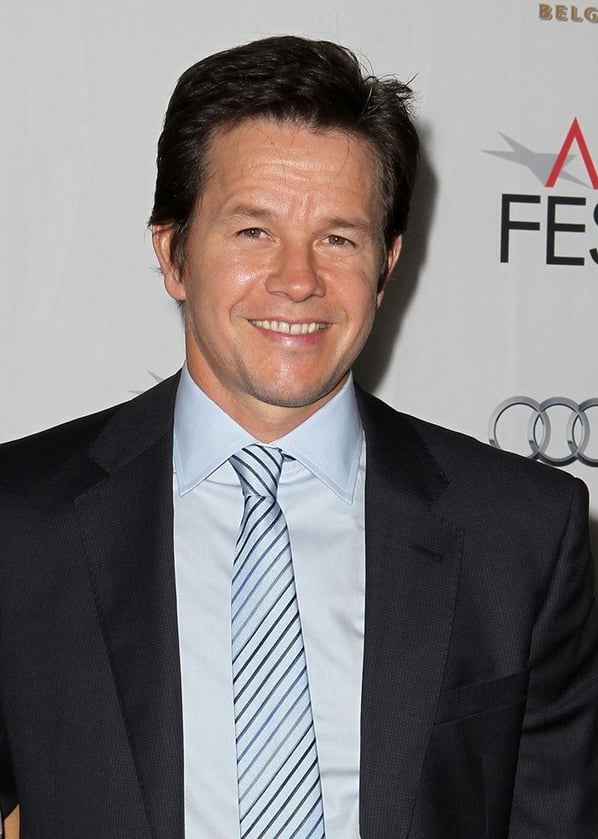 What we witnessed is rarely seen in Hollywood. When you think of the A-Listers you think of what they were wearing on the red carpet, how bad-ass they were in their latest flick, those witty one-liners they drop to TMZ’s cameramen, and how they would clearly be your best friend if they only knew you.

But what we don’t get to see, and sometimes don’t even think about, is a star’s raw emotion. It was clear to anyone who heard the tone of Wahlberg’s voice that making Lone Survivor affected him on a much deeper level than he could ever truly express. Other actors have made comments about how hard they work to meet the requirements of the role they are taking on, but it’s clear that Mark Wahlberg is as modest as they come. And you certainly will not hear him comparing himself to any American Hero.

On that note, we highly recommend checking out Lone Survivor – See the film that changed Mr. Hollywood himself, Mark Wahlberg.

Go behind the sign with more celebrities, events, and industry experts by following our blog!