A Look Behind The Sign: The AFI Film Festival

The 29th AFI FEST will take place in Hollywood, California from November 5 through 12, 2015. Star studded and brand filled, this is an event that brands such as Audi, AT&T, Coca-Cola, Vizio, American Airlines, Dolby, Stella Artois, Dunkin' Donuts, Netflix, New Amsterdam Vodka, Carnivor Cabernet, Kind Healthy Snacks, La Marca Proesecco and others have previously supported - from title sponsors to gift bag seeding.  To get you ready for this year's event, we take a  look into what a few of our team experienced at a screening event.

Starstruck At The Festival

Something pretty major happened when Hollywood Branded attended the American Film Institute (AFI) Film Fest this past weekend. And that something is George Clooney! No, there was no Skype or U-Streaming involved; we actually breathed the same air as Mr. Danny Ocean himself!!! All is well in the universe.

The AFI Fest is a celebration of global cinema and today’s Hollywood, which brings icons, emerging artists and audiences together to experience global cinema in the movie capital of the world.

Hollywood Branded was graced with the heartthrob’s presence during opening remarks for August: Osage County, the highly anticipated adaptation of Tracy Letts' Pulitzer prize-winning play. Director John Wells introduced the film and was joined onstage by Clooney, who served as producer along with his partner Grant Heslov– all of whom were available after the show for an interesting and insightful Q&A session! The legendary Harvey Weinstein, Jean Doumanian and Steve Traxler also produced the film. 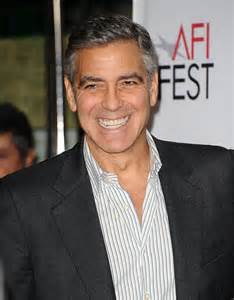 Cast members Juliette Lewis, Dermot Mulroney, Julianne Nicholson were also in attendance for the screening – all of whom gave extraordinary performances!

As always, after the show it’s the after party! Held at the famous Roosevelt Hotel in Hollywood, AFI Fest brought many of Hollywood’s movers and shakers together in one room. The hotel was adorned with decorations and freebies from various sponsors, including Coca-Cola, KIND Healthy Snacks, Audi, AT&T, New Amsterdam Vodka, Stella Artois and many more!

The AFI Film Festival will run through November 14 at the historic TCL Chinese Theatre, the TCL Chinese 6 Theatres, the Egyptian Theatre and the Roosevelt Hotel.

For additional film and ticket information (and to increase your chances of being in the same room as George Clooney), visit http://www.afi.com/afifest/default.aspx. Enjoy!

August: Osage County is a dark and at times comedic picture starring Queen Meryl Streep and America’s Sweetheart, Julia Roberts –which is a pretty big deal to us movie folks! The film that ensues is a story of a family unraveling, spearheaded by the dysfunctional woman who raised them all.

We are first introduced to the Weston family when Barbara Weston (Julia Roberts) returns to her childhood home in Oklahoma with her husband Bill (Ewan McGregor) and daughter Jean (Abigail Breslin). Barbara’s mother and family matriarch Violet Weston (Meryl Streep) is suffering from mouth cancer and a prescription pill addiction. It’s not long after Barbara’s arrival when Violet’s husband and patriarch, Beverly Weston (Sam Shepard) commits suicide. This tragedy brings the rest of Weston family back to Oklahoma for the funeral, which results in family secrets and troubled relationships being exposed.

Be sure to check out our blog for more behind the sign industry insight!