Breaking Down The Types of Reality Shows of the Emmy Awards

What Does It All Mean?

Reality TV isn’t exactly a new thing— shows like Candid Camera (smile!) have been around since the 1940s. But the phenomena of reality television in its modern form has exploded since the early 2000s, with the Academy of Television Arts and Sciences giving reality TV its very own category in the Emmy Awards in 2001. And today, there are four separate reality program categories recognized and awarded each awards season.

In this blog we take a look at the various formats and types of reality shows of today’s television programming, each which offers its’ own unique brand integration partnership opportunity. 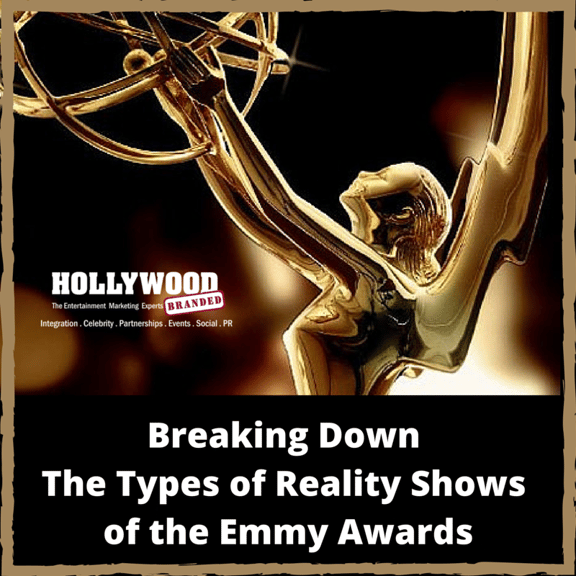 Those seem like very vague categories. What exactly does this mean as to types of reality shows?

The Emmy Awards rules and procedures handbook defines this category for programs that “contain consistent story elements that mostly adhere to a recurring structured template” as opposed to stories with no specific structure that focus more on character reactions.

Some examples of structured reality TV? How about this year’s winner and nominees for the category. 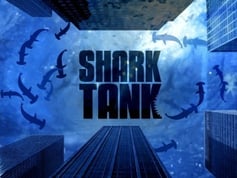 ABC’s Shark Tank has taken this prize both years since the category was created. The show’s premise revolves around entrepreneurs pitching their ideas to a group of expert industry power-houses, the “sharks,” who then choose if they would like to invest in the idea. However, the show’s excitement is largely due to the bidding wars that can erupt when more than one “shark” chooses the same idea…

MythBusters, a Discovery Channel show which features a team of special effects experts testing various urban legends and far-fetched stories of escape or survival, is a popular “structured” reality program, with myths planned out for particular episodes. The show has been nominated in this category for the last two years. Brands who are featured on this show are usually tech-oriented, helping demystify or bust a myth.

Antiques Roadshow is the longest running show on this list; since 1997 the PBS program, adapted from a British show of the same title, has followed the stories of antiques owners who bring their objects and heirlooms to experts who value and appraise them - sometimes for thousands of dollars.

Say what you want about Guy Fieri, his show Diners, Drive-Ins, and Dives is a massive success. The series, which follows Fieri around the United States as he stops in at local restaurants for cheap, good eats, has been nominated for two Emmy awards and has featured guest stars like Adam Sandler, Matthew McConaughey, and Chris Rock.

Undercover Boss was adapted from a similar British series and features a different high-level executive each week from large businesses all over the United States. The bosses go incognito as entry-level employees—and experience what their employees deal with on a day to day basis. This is also one of the largest (and most affordable) brand integration opportunities on national television today.

“Unstructured” reality programs, according to the Emmy’s Rules and Regulations, “contain story elements driven by the actions of characters and lacking a consistent structured template.” These focus more on the reactions of the people in the show, rather than a set story line. This year’s nominees are below:

Deadliest Catch took home the top prize, as it did last year. This reality series from the Discovery Channel is about the dangerous and dedicated lives of Alaskan fishermen as they travel and fish throughout the Bering Sea. The subject matter is gritty and unglamorous, yet portrays their blue collar blight with shocking realism, perhaps giving them the edge to win two years in a row. 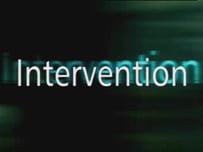 Intervention has been around since 2005 and is centered on the families of people who suffer from addiction and the radical confrontation they set up with help from the show’s professionals to try to turn their loved ones’ lives around. Episodes are often unpredictable and happy endings aren’t always around the corner. 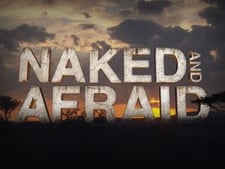 Naked and Afraid is literally a show where two people are dropped off naked and without any supplies at all in a remote location. The goal? Simple. Survive 21 days. We’d be afraid too. This is one show where wardrobe brands don’t have a chance to be featured. 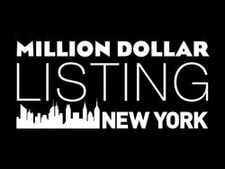 Wahlburgers is a reality program that chronicles the life and business of Paul Wahlberg, father of actors Mark and Donnie Wahlberg, as he runs and expands his Boston-based burger restaurant.

This category, created in 2003, includes “any program with a competition element that gives a prize or title, including game shows.” 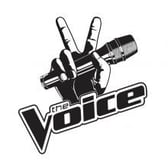 NBC’s The Voice has stolen the title of America’s top singing competition away from American Idol, and won an Emmy for its program to boot - this program features four singing coaches (this season it was Adam Levine, Blake Shelton, Christina Aguilera, and Pharrell Williams), who select singers hidden from sight to be on their team based solely on sound. The unique take on the singing competition has made this show a hit. And a hit with brands like Starbucks and Kia as well. 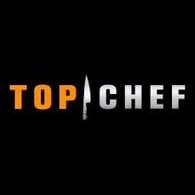 Top Chef, a Bravo staple, shares the same producer as fellow nominee Project Runway, Magical Elves Productions, and focuses on a group of chefs who compete in culinary challenges and are scored by a panel of professional chefs and food connoseurs. 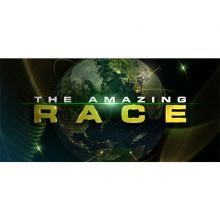 Celebrating 26 seasons and winning this category ten times, CBS’s The Amazing Race continues to be a favorite, with 11 teams of two participate in a race around the world. The winner? Takes home $1 million. Brands are often interwoven into specific race challenges. 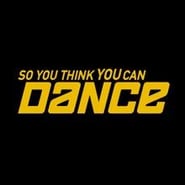 So You Think You Can Dance

This Fox reality series is an audition-based competition, where dancers from many unique styles compete against each other for the broadcast audience and judges’ favor. Each week, famous and revered choreographers create solos, duets, and group pieces for the dancers, with the competition getting narrower and narrower each week. The dancing is very authentic and the show has actually won seven Emmy Awards for Outstanding Choreography over its 12 seasons on air. 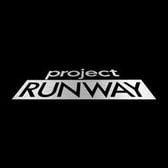 Project Runway is a competition for fashion designers who compete from week to week in a series of design challenges curated by a panel of judges. The top three contestant get a chance to design a full collection for New York Fashion Week… but the show is not just about looks. Aside from its Emmy nods, it won a Peabody Award in 2007 for its ability to, “engage, inform, enlighten and entertain” in a reality contest format.  And brands like HP have leveraged the platform to create storyline integration partnerships focusing on technology and design. 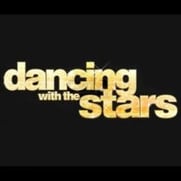 Dancing with the Stars

This dance competition makes use of celebrity appeal- teams of two, made up of a “star” teamed with a professional dancer, compete for a score calculated from a combination of audience votes and scores from a panel of judges.

Outstanding Host for a Reality or Reality-Competition Program

The last is one of our all-time favorite categories. For many viewers, the host makes the show. This can put the heat on the contestants or relieve the tension as many times, they serve as comic relief. The Academy defines a host as a “master of ceremony,” and makes sure to note that judges are not included. This year’s winner and nominees, in all of their witty and emphatic glory are below. 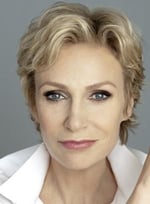 This isn’t Jane Lynch’s first Emmy rodeo - she won the same title last year, and has made many appearances in the awards as a cast member of Glee, using her unique character-type to stand out among her peers. 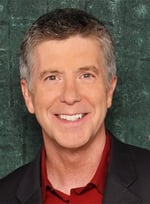 Tom Bergeron, Dancing With the Stars

Tom Bergeron has charmed people since his days hosting America’s Funniest Home Videos (which he was still hosting until just last year) and continues to do so as host of DWTS, using his charm and quick humor to add to the show’s overall experience.

These two are the trademark face of their show, with distinct styles that make them a staple for the fashion competition. The authenticity of their chemistry as co-hosts is what makes this duo such a great team.

Cat Deeley, So You Think You Can Dance

With her British accent and girl-next-door vibe, Cat Deeley is an extremely likeable host - but she is also praiseworthy of shattering the glass ceiling for female hosts worldwide. 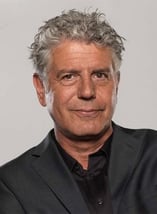 Antony Bourdain is everybody’s favorite bad boy of the genre… seriously, when was the last time you saw “Viewer Discretion Advised” on the Travel Channel. (Did you know his show No Reservations earned that badge due to his profanity and sexual references?) Well-educated and extremely well-traveled, Bourdain adds his own flair to The Taste, and audiences loved it.

Why Is This Important To Entertainment Marketing?

Reality TV is such a rapidly growing and changing monster covering a multitude of different scenarios and topics that it can be very hard to attach broad categories to programs. We can learn a lot about marketing from the way people watch reality TV.

By differentiating between the types of reality shows - “unstructured,” “structured,” and “competition” categories and breaking reality TV down into different parts, it is a bit easier to look at the phenomena as a whole. This way, we can see trends and strategies and how to market effectively on these programs. In fact, reality shows can offer brands a tremendous platform to advertise on and around.  Check out these tips for how to best work with productions.

Fascinating stuff right? Almost as fascinating as the programs themselves…

Why Is This Important To Entertainment Marketing?