Why Brands Flock To Impress Millenials At Music Festivals

It's no secret millennials love music festivals, and Coachella is the most popular music festival in the United States.  In fact, it is the highest-grossing music festival in the world and the attendance numbers continue to rise each year.  Nestled just outside of Los Angeles, the festival draws a huge amount of social influencers and celebrities, which brands have taken full advantage of this year.

In this post Hollywood Branded takes a look at Coachella to recap which brands rose to the top - big and small - by creating stand out marketing campaigns at the festival.

Millennials love music fesivals - check out this blog which tells you why. Until just two years ago, Coachella had a strict cash-only policy on the festival grounds. However, with the rise of mobile and increasing use of online transactions, it was no longer feasible for the fest to remain cash-only... Cue the partnership with American Express.

The credit card giant signed a 3-year deal with Coachella that allows them to be a top-tier partner and provide AMEX members with an exclusive VIP experience complete with members-only air conditioned lounges, passes to exclusive parties with celebrity guest lists and VIP treatment. 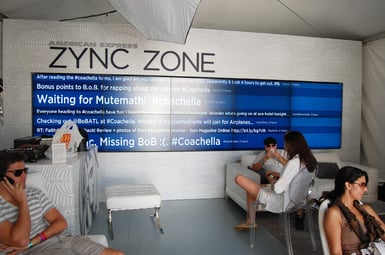 This not only enhances relationships with younger AMEX customers, but also appeals to a demographic of customers that may just be beginning to look into getting a credit card - and has the money to do so with American Express.

At a festival known for pricey drinks and food, Cupcake Vineyards offered full pours of wine for $1 - the catch? In order to get the deal, users had to post on Twitter or Instagram with a particular hash tag while tagging the vineyard's social media accounts. 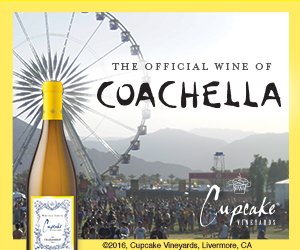 This was a brilliant way to create a massive social footprint at the festival, not only among festival goers but their entire social following as well. They were marketing long before the festival began, too, with a giveaway of Coachella passes and Cupcake Vineyards gift cards. Brilliant!

Clothing brand H&M is no stranger to celebrity and entertainment marketing - stars such as Kristen Stewart and Kendall Jenner have been spotted rocking the reasonably priced clothing at parties and premieres. In fact, Helen Hunt made a bold statement when she wore a gown from H&M on the 2013 Oscars red carpet.

So it was a natural partnership between the clothing store and the famous festival. This year, H&M teamed up with Coachella and released a licensed clothing line named after the festival, using the logo and festival-themed clothing to create the perfect wardrobe for any free-spirited millennial festival attendee. 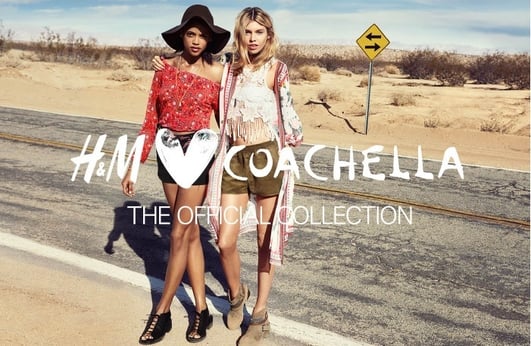 On top of the clothing line, H&M had a massive presence at the festival with booths, parties and lounges complete with the hash tag #HMlovesCoachella.

Coachella doesn't end at the last set each night. Every year, hundreds of outside parties are held and brand marketers take advantage of these to hit their target market - without necessarily being official partners with the festival. Almost every party is sponsored by a brand and many brands team up to host parties.

For example, fashion brand REVOLVE hosted a party where Birchbox had a beauty bar set up in their VIP lounge. With celebrity host A$AP Rocky, the party drew tons of social influencers and celebrities alike.

Pandora and T-Mobile teamed up to host the Indio Invasion party complete with a DJ set, a pool, and refreshments. With branding everywhere, this party was a great way for the streaming service and mobile cellular company to appeal to millennials. 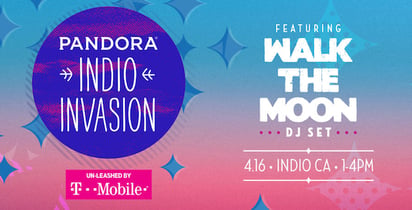 Become Part Of The Trend

Coachella is one of the top annual festivals which lifestyle websites and television shows recap the hottest moments. It is on trend and everyone wants to be apart of it whether it be at the actual event, or getting updates on Facebook and Twitter, it is your brand's opportunity for exposure!

And for some brands, it may be TOO trendy, and a bit hard to stand out.  But there are dozens of other music festivals around the country that offer phenomenal opportunities.