Garnet, Amethyst, and Pearl, and Dove!

How does a brand effectively reach and improve their image to a multitude of viewers? There are so many ways to achieve this feat but recently, brands like Dove have found a slam dunk through partnering with the right media.

The Cartoon Network show, Steven Universe recently celebrated six years of success with a full length film released through the network. Last year Dove's philanthropic project partnered with the show to produce content that was a true win for both sides. In this blog post, Hollywood Branded examines effective branded partnership strategies through the case study of Dove's Self Esteem Project and Steven Universe. 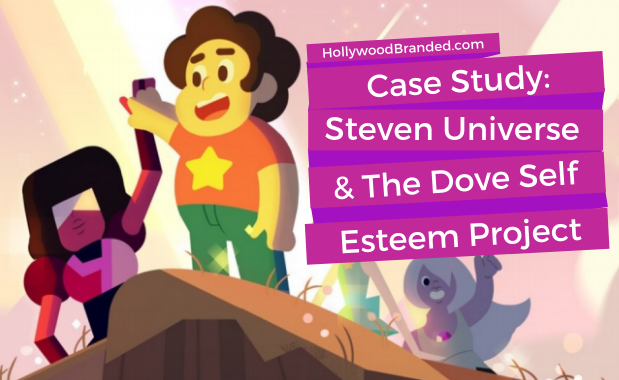 The Dove Self Esteem Project

In 2004, Dove launched the Dove Self Esteem Project, with the mission to "to ensure that the next generation grows up enjoying a positive relationship with the way they look—helping young people raise their self-esteem and realize their full potential." Since then, the project has partnered with leading experts in the fields of psychology, health, and body image to create a program of evidence-based resources, including parenting advice, to help young people form healthy friendships, overcome body image issues, and be their best selves.

Projects like this, of course are not an uncommon practice for larger brands like Dove because they are a great PR initiative for corporations that can budget out philanthropic work. In this specific case, empowering young consumers (specifically women) was a perfect choice because it acknowledges and attempts to combat the body conscious pressures created by the health and beauty industry.

As an adult, I honestly didn't think I would ever become a fan of children's cartoon. In fact, as I wrote that sentence I even felt a little weird admitting it but I must tell you - Steven Universe is an amazing show and truly unlike anything I watched as a child. The show follows the adventures of a young half-human, half-alien boy who is guided by his late mother's female alien friends in their quest to protect the planet Earth. 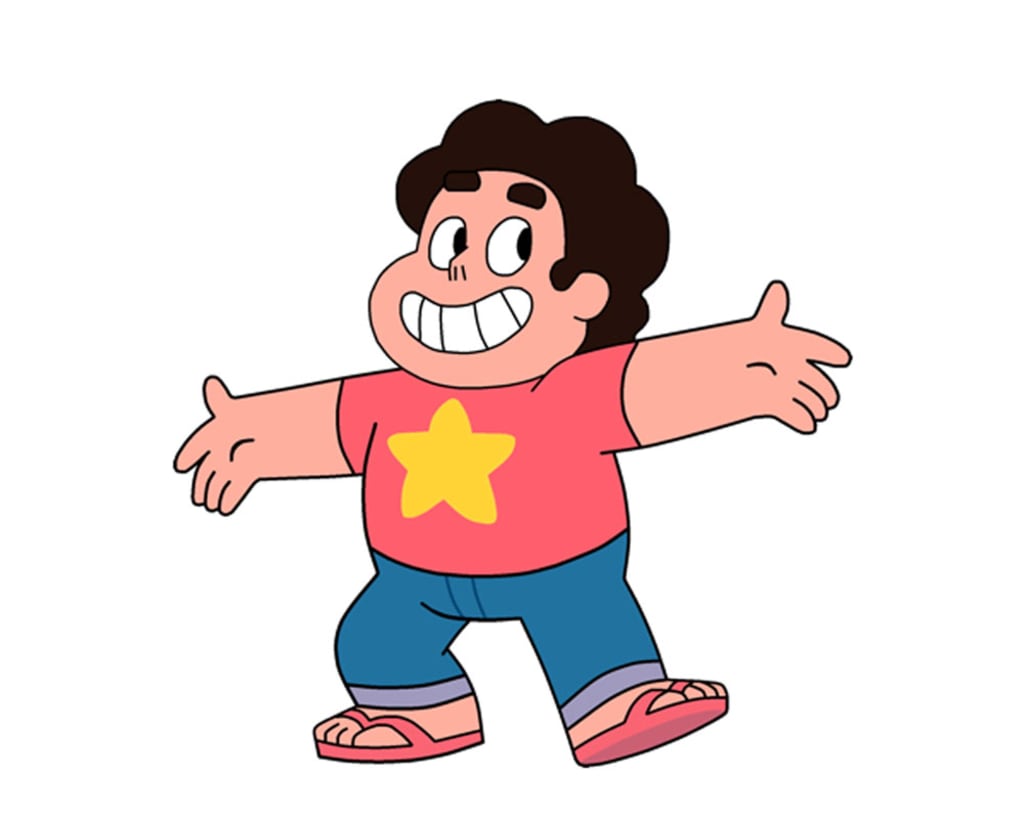 Within the short confines of ten minutes, each episode builds upon the intricate lore of the world created by Rebecca Sugar, teaching life lessons of practicing healthy forms of communication, the art of compromise and the importance of learning how to love and respect others despite your differences. In fact one of the most notable themes (spoiler alert) is that every time more information is unveiled about a new villain or threatening force, the audience becomes aware that in the world of Steven Universe, there are no bad guys - just people who are victims of their own pain and trauma and feel misunderstood.

With Steven Universe's central themes of self-love and self-acceptance, it was naturally the perfect partner for Dove's Self-Esteem Project. Not only was the show right on target for the non-profit's mission statement, its core viewership of young children and teens was exactly the demographic that Dove was looking to reach. This was particularly the target demo because it is now understood that unhealthy views and the self consciousness of conventional beauty start much earlier in life than previously believed.

Thus with such a powerful and positive message, Steven Universe was the ideal partner for Dove's philanthropic efforts. Together, the two created a series of short videos (written by creator Rebecca Sugar) that aired on Cartoon Network with varying messages of the importance of self-love. In fact, that's really the only thing that any of these PSAs are about. There is no mention of Dove and the only tell that the brand is involved is the very brief logo display at the very end of them.

Here are a few examples of some of the PSAs created between the brand and non-profit...

In addition to the videos, the partnership also yielded a free Steven Universe e-book dedicated to the core theme of the differences between humans and the crystal gems (the alien race of the show) and how beautiful all bodies are for their differences. This was a win for both Dove's Self-Esteem Project as well as Steven Universe creator Rebecca Sugar, because Dove provided her with different studies and collections of research that helped her better understand body consciousness, which impacted the way she continued to help send a positive message to her young viewers.

Naturally, philanthropic efforts in and of themselves make collaborations like this worth the partnership but do brands like Dove benefit from such partnerships beyond the means of making feel good? Yes, they absolutely do. One of the biggest benefits of a partnership like this one is the press generated by them. In fact, this partnership easily earned several hundred thousand dollars worth (this is a very conservative estimate and the actual result is likely over a million) of press hits between major press outlets focusing on marketing efforts to the rabbit hole that is the world of parent bloggers.

Parents are more in tune with what kind of media their children are exposed to then ever before.  Millennial parents are more weary of content their children are exposed to, which makes sense being as animated shows like the controversial Beavis & Butthead were popular during our childhood so we're very conscious of the fact that content being a cartoon does not mean it's appropriate for children. With this more cautious monitoring of the content comes the fact that the parents of Steven Universe's audience are also impacted by this PR initiative.

As discussed in a previous blog post, cause marketing is one of the most effective means of advertising that continues to pick up more traction as it gives brands an opportunity to appeal to social causes their core demographics are passionate about. Compared to previous generations, Millennials and Gen Z are in fact more wary of giving money to brands that are not in line with their personal and political values. As parents who are involved in their children's media are exposed to its causes and involvement, that improves the social attitude of both the show and brand alike as the positive association between empowering children and names like Dove and Steven Universe become more synonymous. Parents will remember this the next time they're between Dove and a comparable brand as they decide which one to buy for their families. Thus cause marketing through tangential partnerships as this one are one of the most creative and successful measures a brand can take to elevate their image.

Want to learn more about the ways that your brand can elevate their presence through cause marketing or a mutually beneficial partnership? Check out these other blog posts we've written on the topic!

As we've discussed, identifying your demographic and what resonates to them is EVERYTHING in marketing. Want to know what music will be most effective to use in your branding? The answer will always vary based on who you're trying to reach of course. Check out this video we've made on marketing with music!