While celebrity intrigue alone creates a high degree of incentive for brands to pursue celebrity endorsers, the mass following of these public figures is the truly appealing aspect.

In this blog we look at why celebrity partnership deals - ranging from Paramount Farms pistachio sales, which experienced a 233% increase after Snooki’s endorsement, to Spike Lee’s Kickstarter project, which garnered over 6,000 backers in a month - are so likely to engage fans to respond and act.

Tapping Into The Fan Base 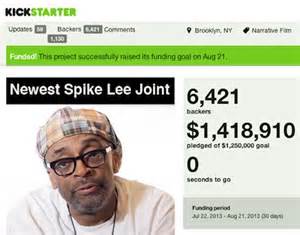 The Power Of Followers

Earned media marketing/word-of-mouth marketing, the backbone of social media, has been proven to be the most effective and trusted marketing tool amongst consumers. Ratings giant Nielson released a survey which deduced that the power is in the followers. It found that on social media, celebrity followers were much more likely to interact with brands than an average adult internet user.

Though there can be high risks involved with celebrity/brand associations, as evidenced post-Miley Cyrus VMAs performance, results and studies support that high rewards can be yielded.

More successful celebrity endorsement campaigns can be seen in this blog about Super Bowl ads with celebrities.