Hollywood Stars Weigh In On The 2016 Political Race

It's political season - which means that everywhere you turn someone is discussing the race, the candidates, and who they believe will be the best leader for our country.  And Hollywood very much so is part of this action.

Which celebrity endorses which candidate is a very important part of politic campaigning.  And that is truly what it is - a celebrity endorsement.  Brands know the value of having a familiar face in their advertising material, and political candidates do too.  In this blog, Hollywood Branded looks at each of the major political players for the 2016 Presidency, present and in the primaries, and which celebrities support them. 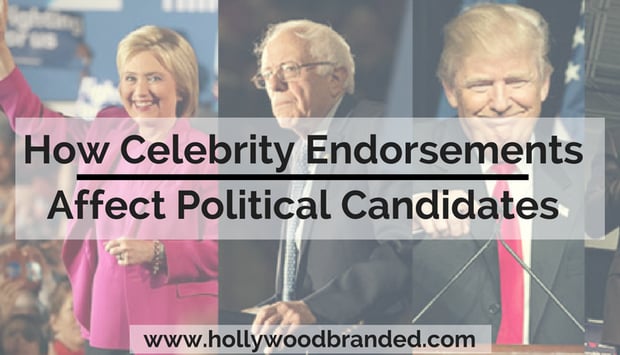 Hillary Clinton: A Hollywood Favorite Going After The Millennial Demographic

Lena Dunham, comedienne, creator and star of hit HBO series Girls, has long been a Hillary supporter - and isn't afraid to show it, sporting various Hillary-themed outfits as well as being an active supporter on social media. 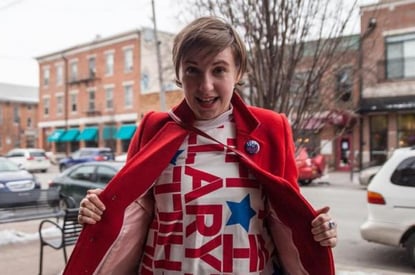 Clinton has also appeared in social media posts by the Kardashians (which means quite a lot for someone going after a millennial crowd) and has had a guest appearance on Comedy Central's Broad City. 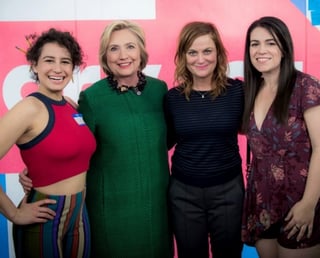 As Hillary fights her way towards the White House, several celebrities have publicly backed her.

George Clooney threw a fund raising party for the presidential candidate and television powerhouse Shonda Rhimes (Grey's Anatomy, Scandal and How To Get Away With Murder) was the driving force behind a Clinton ad campaign featuring Kerry Washington, Ellen Pompeo and Viola Davis. America Ferrera also supported Hillary in 2008 as well as this campaign.

Other celebrities that have voiced their support are Britney Spears, Demi Lovato, John Legend, Jesse Eisenberg, Salma Hayek, Olivia Wilde, Jennifer Lopez, Snoop Dogg, and even Queen Bey aka Beyonce, amongst many others.

Hillary Clinton is certainly a favorite of Hollywood superstars.

Donald Trump: A Celebrity Candidate Himself

Star of the television series The Apprentice and celebrity business man himself, Trump seemed an unlikely candidate at first and yet has risen to be the Republican top candidate.

Teen star Aaron Carter, all grown up now, has been a vocal supporter of the Republican candidate using Twitter as an outlet. Controversial rapper Azaelia Banks also used Twitter to to voice her support for Trump, saying, "Ok so, I think I'm ready to admit that I'm going to vote for Donald Trump," albeit among conflicting opinions on the matter. 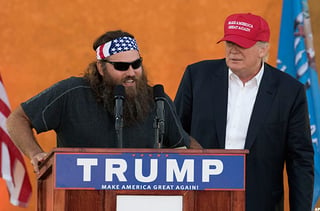 Scott Baio made an appearance as well as a speech at the Republican National Convention in support of the presidential candidate which drew him quite a bit of attention. 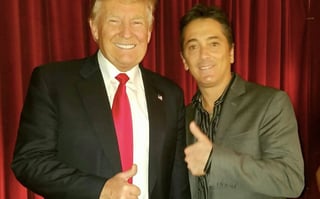 Bernie Sanders may no longer be running for the Oval Office and has since thrown his support behind Hillary, but during the primaries he was a force to be reckoned with, with celebrity endorsements from major stars.

In a video that went viral, Danny Devito introduced the political figure to a cheering crowd, using a step-stool to reach the podium. The Red Hot Chili Peppers played a concert in Los Angeles in which all of the proceeds from ticket sales went to Bernie's campaign. 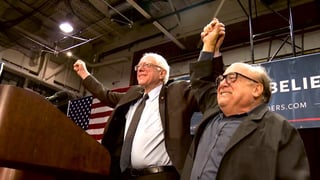 Rosario Dawson was also a major figure on Sanders's campaign trail, making introductions at various stops and saying, "“I've never endorsed a candidate before in my life. Bernie's someone who I've adored and loved for so long.”

Other Celebrity Endorsements Of Primary Candidates

Before Ted Cruz and John Kasich were no longer in the running for the Presidential nomination, they both had celebrity endorsers. Phil Robertson of Duck Dynasty was originally a Cruz fan before he threw his support behind Trump.

Tim Allen, Arnold Schwarzenegger, and Montel Williams all voiced their support for John Kasich while he was in the race. Once the governor of California, Schwarzenegger remarked that, "“He was an action hero when he went to Washington!”

Celebrities Impact The Way We Feel - In Any Situation

Whether it is deciding what clothing to wear or who to vote for in the presidential election, we look to celebrities to consider their opinion.  And that makes them a powerhouse for sales - or closing the deal.

Before you spend another dollar on traditional advertising, consider how you can leverage the power of celebrities as part of your marketing campaigns. Our video provides answers to combat common advertising challenges marketers face daily.!