Not All Their Business Takes Place in Hollywood

When you think of how celebrities get successful, the first thing that comes to mind is their work in entertainment. Either from their acting, singing, hosting, or anything onscreen, their public face is how they got famous and where we see them most of the time. However, to really make the big bucks, a lot of celebs invest their hard earned dollars in other ventures.

From Food to Technology, celebrities have put their name and fortune behind all different kinds of businesses. Some have gone on to massive success, while others have faltered. But one thing is certain- celebs are not just doing business in Hollywood. In this blog, Hollywood Branded looks at some of the different successes (and failures) of celebrities investments in businesses, for brands interested in exploring this alternative endorsement option. 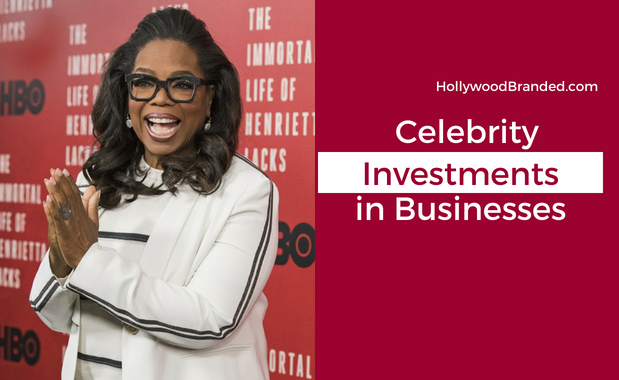 Celebrities Investing In Restaurants And Food

One type of business celebrities love to get involved in is the restaurant and food space. If you think about it, it makes a lot of sense. How many times have you seen a photo on TMZ of celebs coming out of trendy restaurants? If they are actual clients of these establishments, why not invest in them?

Oprah has been investing in the food space a lot recently, with her major investment in Weight Watchers a few years ago. Now she is at it again with her investment in the restaurant chain, True Food Kitchen back in July. Oprah fell in love with the restaurant when she tasted the food at their Palo Alto, CA location, and believed in it so much she decided to invest! With this investment, as well as her stake in Weight Watchers, Oprah has really helped these healthy food brands grow like never before!

Speaking of the celebrity hotspots I mentioned earlier, there is one celeb who helped launch one of the most popular sushi places in the world, Nobu. That celeb is the one and only Robert De Niro! De Niro loved Chef Nobu Matsuhisa’s original restaurant and believed in him so much he invested in him. That investment helped him launch Nobu, and now there are over three dozen of those restaurants across the globe! This shows how good food as well as famous fans can lead to worldwide success! 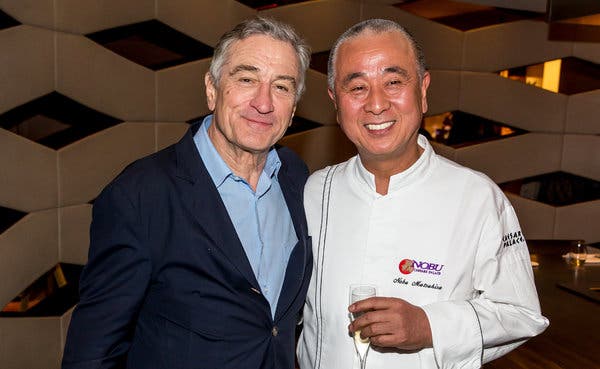 Another industry celebs love to invest in is a field that is always on the hunt for the next big thing is technology! People in Silicon Valley and beyond are always innovating and changing the way we use our technology, and some major celebs have gotten in early on some of the tech and apps we all use in our everyday lives! The top celebrity investor of them all, especially in tech, is none other than Ashton Kutcher. Ashton is the most prolific celebrity investor out there, and in an article in Forbes back in 2016, they wrote about his portfolio, which is worth over $250 million! He has amassed that fortune by making some smart and sound decisions in the companies he believed in. As he wrote for Atrium, “I’m proactively funding brilliant people trying to solve hard problems.” That mindset worked when he decided to invest in companies like Uber, Airbnb, and Spotify, among many more. He has an eye for what the future of the tech space is going to be!

Another major tech investor is one of the greatest rappers of all time, Nas, who has invested in many companies in the tech space, and has become more of a venture capitalist than rapper in recent years! He even has his own venture capitalist firm, QueensBridge Venture Partners, named after his native Queens. The firm has invested in many successful companies, including Lyft. Clearly Nas is more than just a great rapper!

There are other celebs who have invested in tech companies that really took off such as  actor, Jared Leto who has a great investing record, with Uber, Airbnb, and Snapchat. Even Justin Bieber made an investment that panned out greatly, investing in one of the top music streaming services, Spotify all the way back in 2009! These celebrity tech investors made some very smart investments and made it in the very tough tech space.

Celebrity Investors Who Got In Early

Now that we have seen two different industries celebs have had successful investments in, let’s look at some famous people who got in early on some huge companies. These celebs had some amazing foresight to see how successful these brands would become and even if they were one hit wonders, these celebs hit it big with these brands!

Interestingly, a lot of celebrities who made successful, early investments put their capital into beverage brands. I guess these celebs were thirsty for success, and beverages from water to alcohol has made them big bucks.

Maybe the most notable early investor is 50 Cent, who is almost as famous for his early investment in Vitamin Water as he is for his amazing career in hip-hop. His foresight to invest early in this popular and tasty water brand reportedly netted him $100 million after Vitamin Water was bought by Coca-Cola! Even though he did not spend that money wisely, eventually filing for bankruptcy, 50 should be applauded for his shrewd investment in this flavorful water brand!

Two other celebs made early investments in beverages as well, like Madonna, a very early investor in coconut water brand, Vita Coco, which now is the leader in the coconut water market! Another famous rapper also made a smart investment, as Diddy agreed to be the face of Ciroc Vodka as a part of his investment. With his help, Ciroc is now one of the top vodkas on the market.

Finally, arguably the most successful investment ever made by a celebrity was done by Dr. Dre. Dre invested in Beats headphones back in 2008, and now when you think of those popular headphones, Dre is what first comes to mind. When Apple bought the company for $3 billion, Dre made a cool $500 million from the sale! That early investment has turned Dre into one of the most successful people in entertainment! Not So Successful Celebrity Investments In Businesses

From everything mentioned above, it seems like when a celebrity invests in something, it will turn to gold. That is not the case at all! A lot of big name celebrities have made investments that have gone completely sideways, as having a big name attached to these businesses doesn’t mean it will pan out.

Leonardo DiCaprio is a great actor, and has made some decent investments, but one of his biggest business failures was investing in the app, Mobli. Even with DiCaprio’s backing, the app shut down and filed for bankruptcy in 2016. Investing in tech can be risky, and for every success like Ashton Kutcher’s portfolio, someone else will fail, and that is what happened with Leonardo.

Kim Kardashian has turned herself into a global brand, but one investment she made in did not turn out well at all. Back in 2008, Kim launched the “Kardashian Kard”, a prepaid MasterCard that was made in the Kardashian's likeness. It only lasted a few months before shutting down due to criticism and astronomical fees. Not everything can be made successful with celeb involvement, and credit cards don't seem to be the best way to brand yourself. 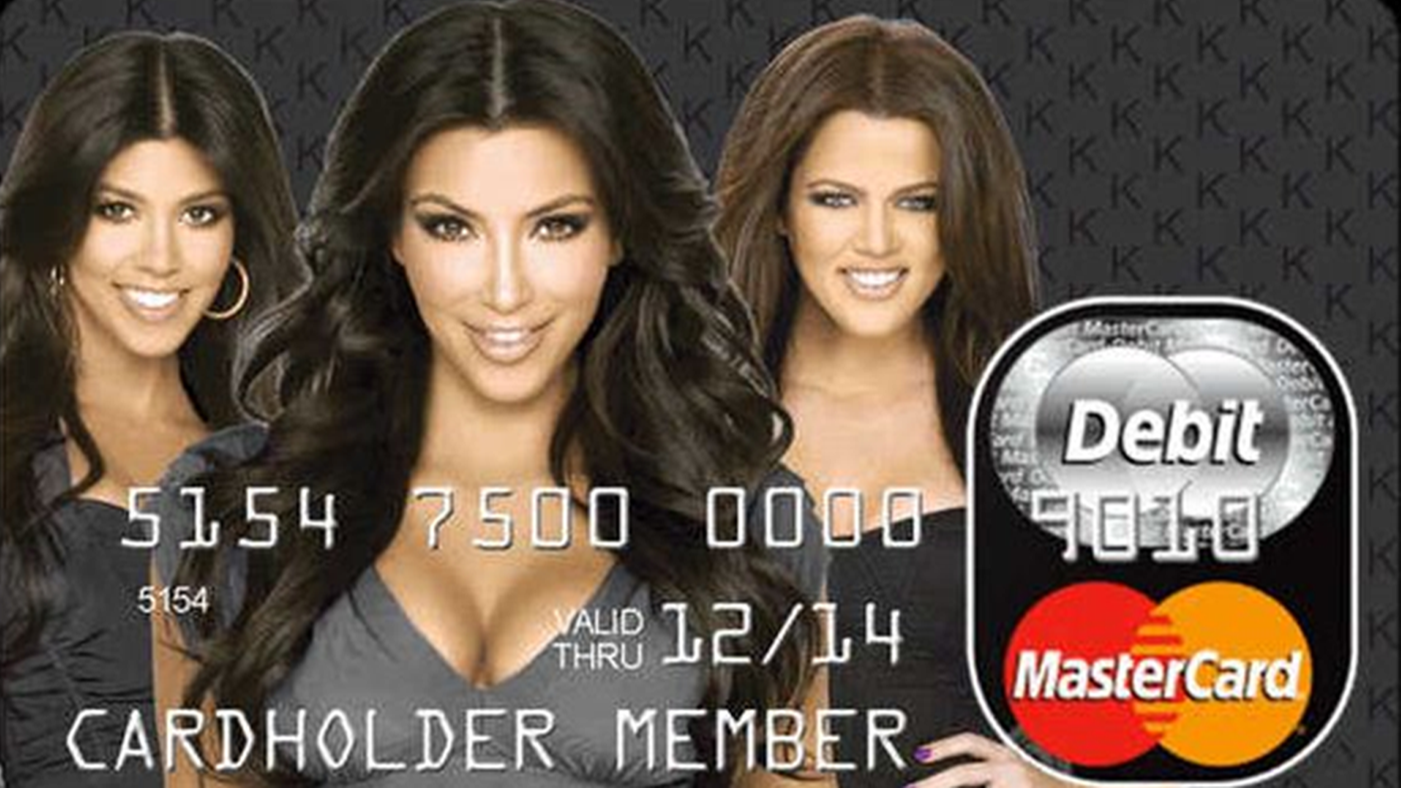 As you can see above, having a celebrity attached to your brand might not always pan out. However, with a little help, you can partner with the perfect celeb for your brand! At Hollywood Branded, while we are not an investment firm, we do have the relationships to introduce your brand to relevant celebrities who may be interested in exploring a larger partnership.

Check out our blog, The Top Four Celebrity Brand Investors, to see more on Celeb Investors! Also, check out these blogs below:

Our team created a series of courses which will help you better understand how to work with celebrities for your brand.  Check out our Influencer Marketing School where we deep dive into best practices and the mistakes you want to avoid from happening.