Creating Partnerships for Massive Success On Screen with David Norton

Placing Your Brand in Hollywood

Product placement can be an absolute game changer both for your brand's awareness and ROI. The right exposure in film and television can make your brand top of mind for consumers when they make their next purchase. Not only that, increased exposure makes your brand more relevant.

Recently, our CEO Stacy Jones sat down with a colleague in product placement and the two discuss their experience, and share their perspective on what brands should be doing to create massive success on screen. In this blog post, Hollywood Branded learns how to drive your business product placement and the massive success it can create for your brand. 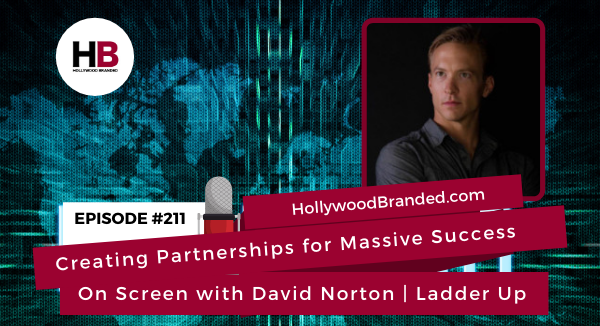 A Little More About David

David Norton is a television producer and the founder of Ladder Up. He has over 14 years of working in the entertainment industry helping television productions find brand partners for product placement and integration, sponsorship, pricing, and licensing partnerships.

Question: Would love for you to start off sharing with our listeners how you got started in the space. What got you to where you are today to doing brand deals on behalf of productions?

He says, "Don't worry about it, you'll be great at it. You got a production background, you've got your MBA. So you've got the business background. That's all it is. It's just production meets business." So like, "Okay, great." So jumped into a show that was hosted by Amy Grant called Three Wishes. Short-lived show from Glassman Media.

So we did about $3 million in trade outs for that show. We traded out everything from cows for a dairy barn, to a firetruck. I think Liberty Mutual gave us a 150 grand to buy a firetruck to make a little girl's dream come true. So there's a lot of fun. Nobody said no to us. I thought, "Okay, trade outs are cool. Let's do more trade outs."

The Biggest Loser was such ... NBC is such a great partner for brands because they allowed a lot to happen in the show provided the brand was in good standing from a media perspective. So we tried to make it organic. We tried to make sure that you didn't see the money changing hands, but that was kind of what got it all started. The Biggest Loser I think really put Ladder Up Media on the map as a major player in brand integration and trade outs.

Question: How do you think way back when, it's not been that long, but way back when has changed from then to now?

Answer: Surprisingly, I think in the last 15 years, things have not changed very much. You see a lot of the same, this production is open to this type of brand integration. This production is open to that type of brand integration or trade out. Some shows are willing to do guaranteed exposure, some shows aren't willing to do guaranteed exposure.

The biggest change of course is with streamers like Netflix and now HBO Max and Amazon coming on the scene, and they really have a whole sort of bevy of guidelines for what you can and can't do and what works and doesn't work. Honestly, we see this pendulum swinging and it's swinging very fast on the streamers. They look at best practices probably a lot faster than a network. Networks seem to be more entrenched and the pendulum swung a lot slower on NBC, for example, in terms of what you could and couldn't do for brands in shows. 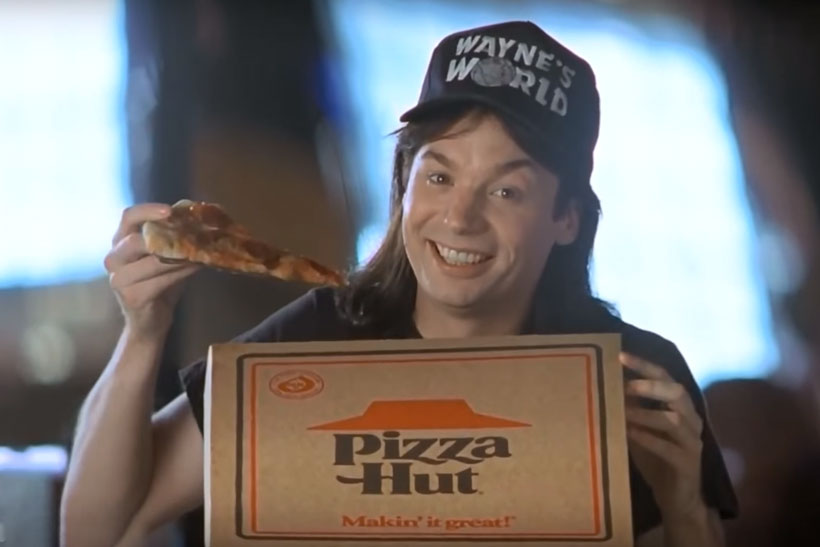 Question: In your opinion, do networks have restrictions on what brands are willing to work with because they're not willing to just give advertising and space, and exposure in a show to a brand who's not actually paying for 30-second ad spots to run?

Answer: Yeah, with the networks, their main business is selling advertising. That's why they exist is to create. Content is supported by advertising and it's free content. I mean, we don't have to spell this out for your viewers, but you're paying for Netflix. You pay your subscription. They have billions of dollars in subscription fees so they can spend billions of dollars creating content.

With NBC, you're not paying for it. You don't have to pay for it. Most people do pay for it, but you don't have to pay for NBC. You're getting it over the air, that's paid for by commercials people. That's just how it works. Brand integration is there to, and trade outs are really there to defray the cost of production or to make a show that's too expensive more affordable and more capable of being produced.

Oftentimes, I'll get a company that comes to me and they're like, "Oh, you know, we were deficit financing this." So we need to come up with a quarter million dollars or we need to come up with, you know, a hundred thousand dollars per episode to break even because the production company is deficit financing it. So we're going to go out there and get the money for them, but still, they need to be in good standing. Those brands need to be in good standing with the network so that the network can either say, "Yes, we can do this brand integration with no additional media buy or here's this small, additional media buy that's required," or they got to catch up.

A dozen years ago I was in a situation where an office supplies company was needed for a big show. We had that the perfect company and it was so great. The network said, "Listen, they don't spend as much as this other major office supplies company. In fact, they don't spend it all. So if they want to be in the show and they want to get this incredible brand integration in this incredibly popular show, they've got to spend an extra $10 million with us just to catch up." You know? So it really depends on what's happening in the upfronts and what's happening over the years, and what kind of relationship does the brand have.

Question:  Do you have any tips or suggestions for brands trying to get the best placements in productions?

Answer: I think my biggest tip for brands in terms of what's working is be flexible. Go into it with that expectation of your brand is going to be portrayed positively, but give the producers creative leeway. They're the creative whatever's behind this thing. The more leeway and the more positive you are, the nicer they're likely to be to your brand in the show.

The more you spell it out, this has been my experience a lot, the more it's spelled out so specifically, you're only going to get that. The more specific you are, you're never going to get more than that. If you give guidelines and suggestions and maybe some guardrails, but you're cool about it. Like don't underestimate the power of being cool as a brand, like be cool about it, the producers will be cooler about what they're able to give to you. It'll come across more organically. The more organic it is, the more likely the network will say, "Yeah, leave that in for the whole thing." 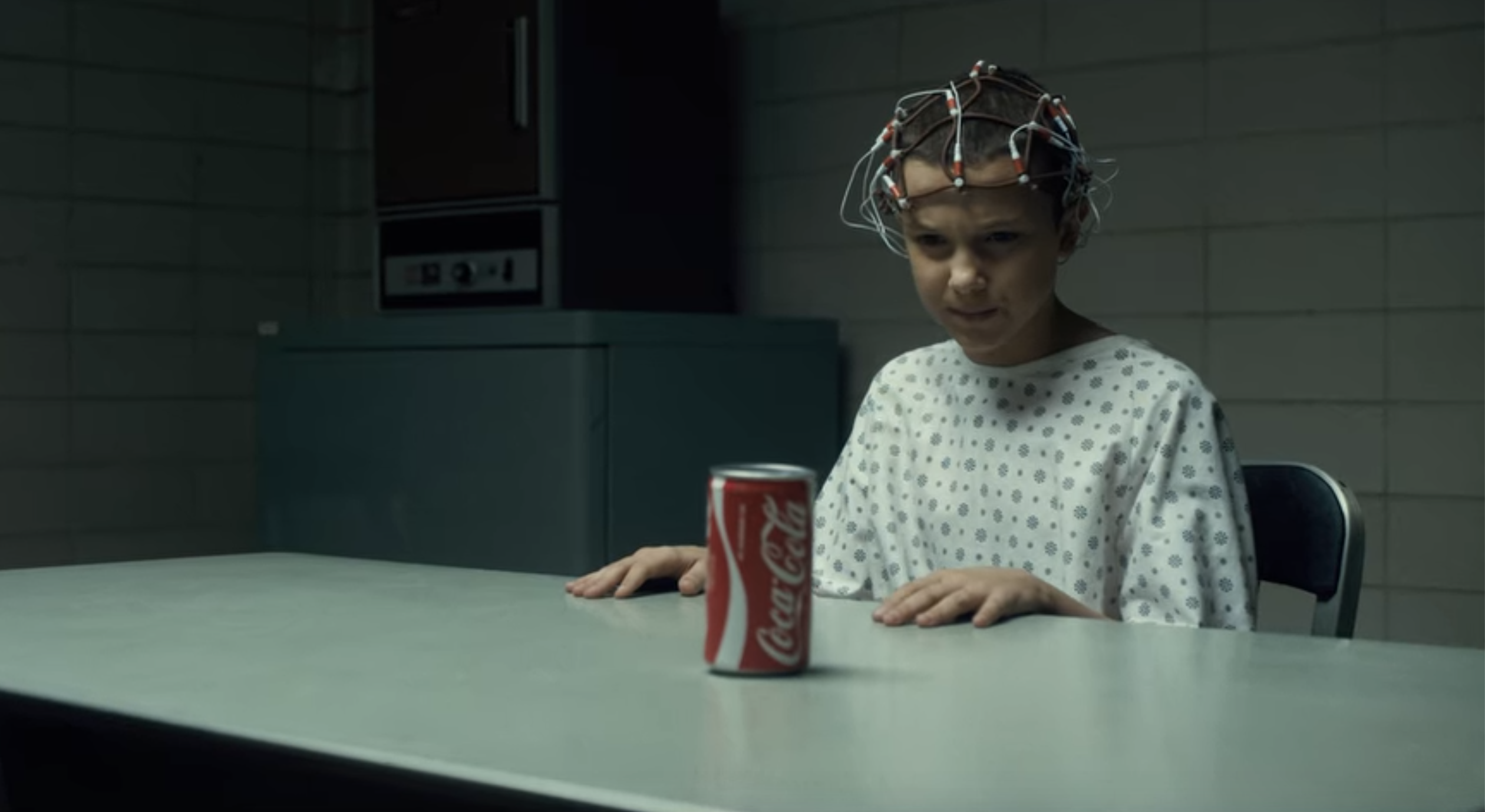 Question: What are some of the other issues you sometimes see with brands? What are the mistakes they make beside asking for too much creative control?

Answer: I see brands missing out on big opportunities because they want more information than is available. You have to understand, Netflix does not gather demographic information about their subscribers. Netflix doesn't know how old their subscribers are. I mean, they might know, but they don't ask for that. They don't ask for a birthdate when you sign up for Netflix. So if a brand comes to me and says, "Oh, I want the 18 to 24 demographic," all I can do is sell them a show that's targeted at that demo.

I can't give them any data. I know Nielsen is working to create that data, but you know, Netflix disputes, whether their numbers are accurate or not, there's other big brand integration agencies who are trying to come up with data. As I compare it to Netflix's data, there's a lot of disparity and not that Netflix actually gives me any data.

I don't have any data. I don't know how many people are viewing it, but we know given that subscriber base on a streamer like Netflix, everyone, everyone has a Netflix subscription now. There's billions of hours of Netflix being watched every week. They just added, I saw the number, they added like 18 and a half million subscribers last quarter. Just incredible the reach of it.

So the biggest mistake I see brands making is sticking with older channels that don't deliver the exposure that we believe these streamers are delivering just because they have data on it. So you end up paying more for less because you can confirm that you've got less, but you can't confirm that you got the more, even though logically we know you did. So that's a big mistake.

The biggest mistake I also see is being too specific about your creative or holding too firmly to specific creative instead of allowing brands creative control. Another mistake I see is taking too long to close a deal. Brands need to learn to move faster. This is such a small percentage of their budget in most cases, they just need to move more quickly and close the deal and get it done.

Be comfortable with uncertainty, like in terms of a tip for brands, be comfortable with uncertainty, especially with streamers. They're not going to tell you when something's going to air. So just know that it's probably going to be a year after you are in production on that particular integration. You're probably not going to see it air for a year. So go with evergreen or go with something that's coming out next year. Don't tie two releases. If you want flight dates and you want specific release dates you're going to spend more and go with a broadcast network.

David has so much great information from his experience in digital marketing, check out the podcast below to learn more about driving sales and brand awareness through product placement!