How The Long-Awaited Album Brought The Spotlight To Nike

Frank Ocean, after a long and suspenseful wait, has finally released two new albums, Blonde, which debuted at No. 1 in both the United Kingdom and the United States as well as an accomanying visual album entitled Endless.

Following Beyonce's lead with her perfection of the 'visual album', Frank Ocean has been making waves all over the internet, radio and world with this new album. One song and video in particular titled "Nikes" has especially caught our interest due to it's product placement - which we know is hugely successful for brands in music videos.  In this blog, Hollywood Branded looks at how the brand integration featured in Frank Ocean's new video is a prime example of successful music video product placement. Frank Ocean is an enigma. Without saying a word he can have the whole world hanging by a thread. This is perhaps best demonstrated by the fact that everyone in the music world has been anxiously awaiting for four years to hear new music from him.

In a world where trends and musicians' popularity are as fleeting as a summer rain shower, Ocean's staying power, without so much as a single for so long, makes him an anomaly - and a star. 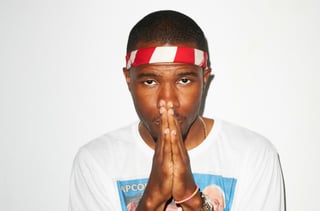 Yet he is as unconventional as he is innovative, edgy and sophisticated. As his music video and lyrics demonstrate, he is not afraid to go near hot topics (lyrics "RIP Trayvon" refer to the late and controversial Trayvon Martin).

His artistry and work have resulted in numerous nominations and wins including two Grammys, a Soul Train and UK Music Award. And he appeals to the millennial demographic Nike - like so many other brands - is clearly going after.

Besides the title of the track being "Nikes," the shoe and sportswear brand is featured heavily in the song's lyrics as well as the music video. Check out the lyrics:

As you can see, Ocean doesn't shy away from controversial lyrics. However he clearly casts the shoe brand in a positive light, referring to both their popularity and their authenticity. For a brand who found a niche market in hip-hop diverging from their history as an athletic-oriented company, Ocean's inclusion is great for their brand image in this new market.

The music video also heavily features the shoe brand with Ocean wearing the shoes in multiple scenes as well as close-ups of the sneakers on his feet.

Oh yeah, there is also a Nike car. You can watch the music video here (heads-up, this video is NSFW):

As the lead single off his new album as well as the most talked about video from his visual album, the song has certainly made a huge impact - and Nike has with it.

Other Product Placement Sightings in "Nikes"

Nike wasn't the only brand benefitting from the "Nikes" music video release. It would be impossible not to notice the multiple Michelin logo sightings throughout the music video. Alongside it can be seen logos for Gulf Oil and Ueno Clinic, a Japanese plastic surgery clinic. 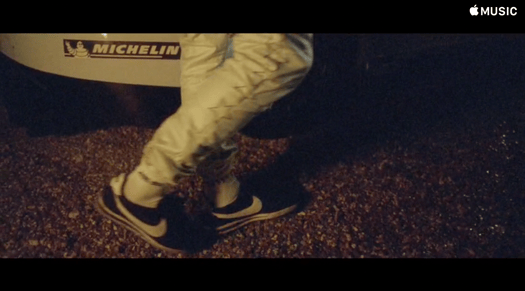 These placements feel organic because they go with the theme and decorate the cars which make up some of the set. They don't feel too obvious or forced in a way that impedes the flow or message of the visual song.

As an exclusive Apple Music release, Apple got a piece of the brand integration pie as well. Throughout the video, as you can see, in the top right corner we see the famous Apple logo. And because it is an exclusive release, fans who wanted to watch the album had to go there first.

As many music and video services are learning, exclusive releases are extremely effective in marketing a brand. Especially with an album as highly-anticipated as Frank Ocean's.

Want To Get Your Brand In The Next Hot Music Video?

Have you ever wondered how a comprehensive product placement program works?  Or do you want to know how to create a promotional partnership strategy with a music video partner?  This video will answer all of your questions as it shows the steps and processes taken by Hollywood Branded that lead to your brand increasing both consumer engagement and sales!