Did you watch the 2022 Grammy Awards this past Sunday night? The ratings would imply you didn't, but that's a bigger issue with all awards shows.

Don't worry though, I am breaking down some hits and misses of "Music's Biggest Night" so you know what to hunt down on YouTube. In this blog, Hollywood Branded discusses the hits and misses from the 2022 Grammy Awards. 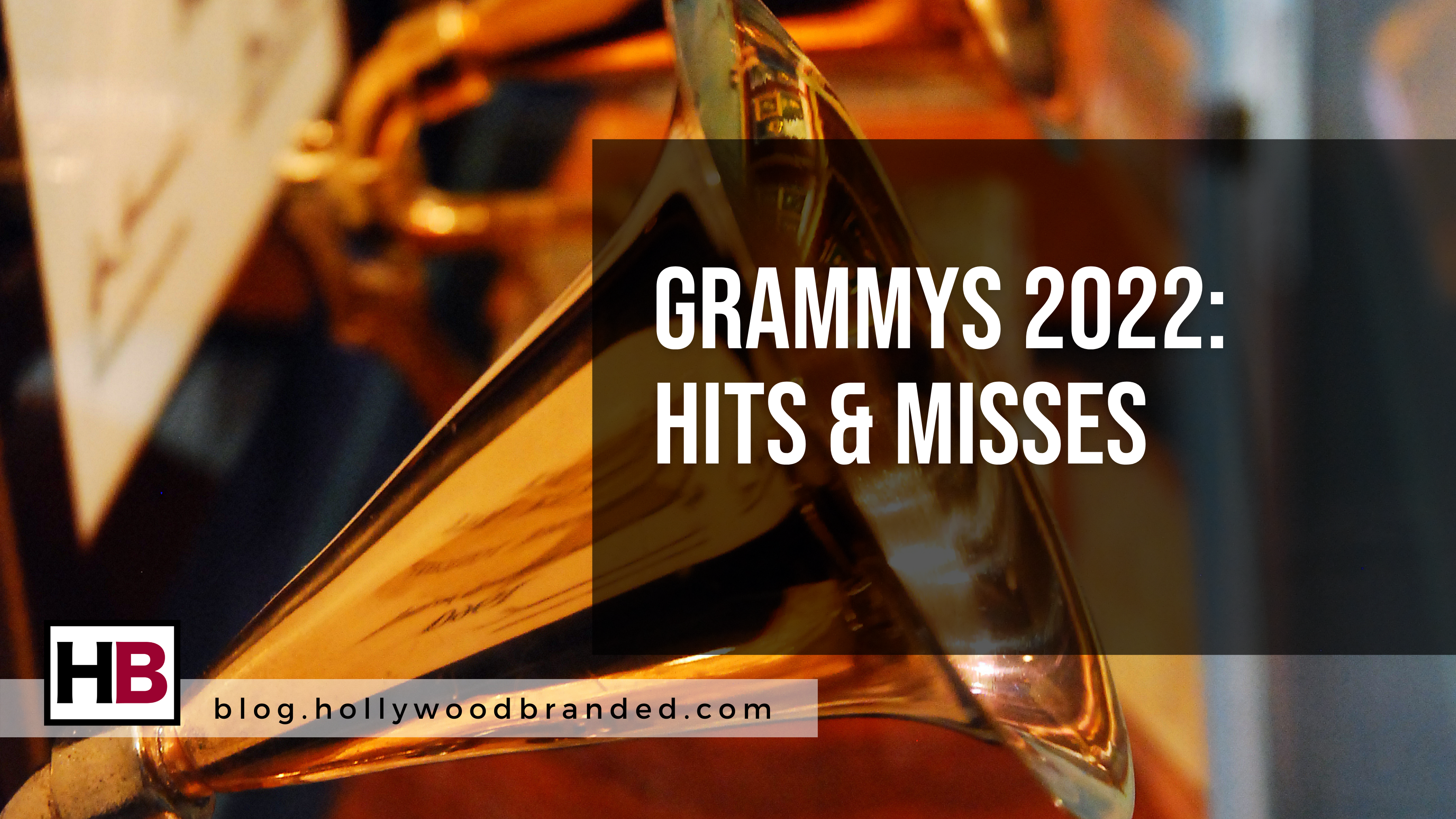 I love Grammy night. Always have. As a music lover since I was a kid, I always look forward to “music’s biggest night” and all things surrounding it (big shout out to MusiCares and all the great work they do). A few years ago, the Grammys went from being an awards show with performances to more so being a concert with some awards handed out, which I believe was a smart move to keep viewers engaged. It may not always work, but it leads to lots of memorable moments, both good and bad. The 2022 Grammys were no different. Here are some hits and misses from the 2022 Grammy Awards.

Silk Sonic and Olivia Rodrigo had huge nights winning 4 and 3 awards respectively. Olivia Rodrigo exploded on the music scene with her single “Driver’s License” and at the Grammys, she showed that she is more than a passing fad by taking home the coveted Best New Artist award and delivering a stellar performance of that aforementioned single.  As for Silk Sonic, I wonder how many people watching the broadcast finally discovered that one-half of Silk Sonic is Bruno Mars? To that same effect, then how many took the time to find out more about the other half of this project, Anderson .Paak? Sadly that second number is probably lower than it should be but hopefully as people dive a bit deeper into the throwback soul sounds of Silk Sonic, they will also discover the incredible music that Anderson .Paak has been making for years. I mean, the Grammys are as much about music discovery as they are celebrating the massive hits right? This brings me to my next Grammy night “hit”, exposure for new talent. Now I know that we all have the music that we love and really dive into but the Grammys should also be an opportunity to find something outside your comfort zone that is just so damn good that you had to run to Spotify or YouTube to at least investigate. Did anyone have more of a breakout than Jon Batiste? Did you think he was just the bandleader and musical director for The Late Show with Stephen Colbert? Surprise! Batiste has been putting out jazz and funk music for years and ICYMI, he also won an Oscar last year for his work on the Disney movie Soul. All those accolades aside, his performance of “Freedom” had the MGM Grand Arena feeling like Bourbon Street in his hometown of New Orleans.  Even Billie Eilish, Finneas, and their dad couldn’t help but throw their hands in the air and have a good time.

Brandi Carlile was another artist whose name you’ve probably heard, but you didn’t really know from where or what she sang but hopefully, after her moving performance of “Right On Time”, you took a deeper dive into her catalog.  Lastly, if you still haven’t realized how damn good H.E.R. is, I’m not sure you ever will. She has been a favorite of the Grammys for years now and even performed on, and won at, the 2021 Oscars for her original song from Judas and the Black Messiah so she certainly hasn’t lacked for mega-exposure. Letting her rip on the guitar with another guitar legend in Lenny Kravitz was a great look and an opportunity for those who only want to hear what they already know to realize what a true talent H.E.R. is.

Exposure on the 2022 Grammys didn’t just come in the form of largely produced performances like the ones that I mention above. I give the Grammys a lot of credit for showcasing some of the more niche genres as part of the bumpers going in and out of some commercial breaks. There will never be enough time in a 3-4 hour awards show to give every single genre the time that their fans believe it should get. Fun fact, there were 86 different Grammy categories this year. By adding performances from Salsa artist Aymee Nuviola, worship  band Maverick City Music and bluegrass artist Billy Strings, the Grammys gave viewers a reminder that there is music out there that isn’t just pop, rap or country. What I wonder though is how many fans of these artists were actually watching the Grammy broadcast to even see these artists get their moment in the spotlight? 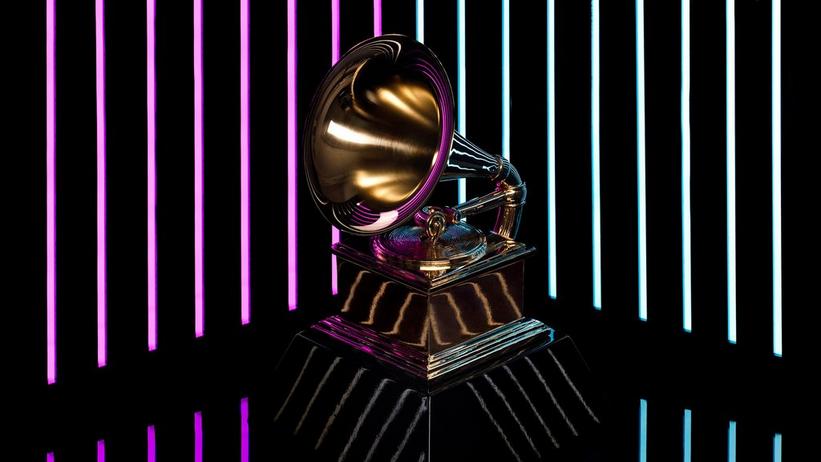 MISS: Where Were the Grammy "Moments"?

Now that we’ve covered some HITS, we have to discuss some MISSES. First, in my opinion, was that there weren’t enough special performance moments throughout the night.  The H.E.R./Lenny Kravitz/Travis Barker/Jimmy Jam/Terry Lewis performance was a great combination of new and old and blending genres. The Grammys used to deliver a full night of these special types of performances that you could only see on the Grammys (does anyone else remember Elton John performing with Eminem in 2001?) and that was just missing this year. For lack of a better example, wouldn’t it have been a cool moment to have Olivia Rodrigo perform “Driver’s License” followed immediately by attendee Avril Lavigne performing one of her new tracks (with constant sit-in drummer Travis Barker) and blending that into a duet of Avril and Olivia performing one of Avril’s throwback smashes like Sk8er Boi or Complicated to celebrate the 20 year (yes, we are all that old) anniversary of her “Let Go” album? Hopefully the Grammys returns to form with these unique performances in 2023. 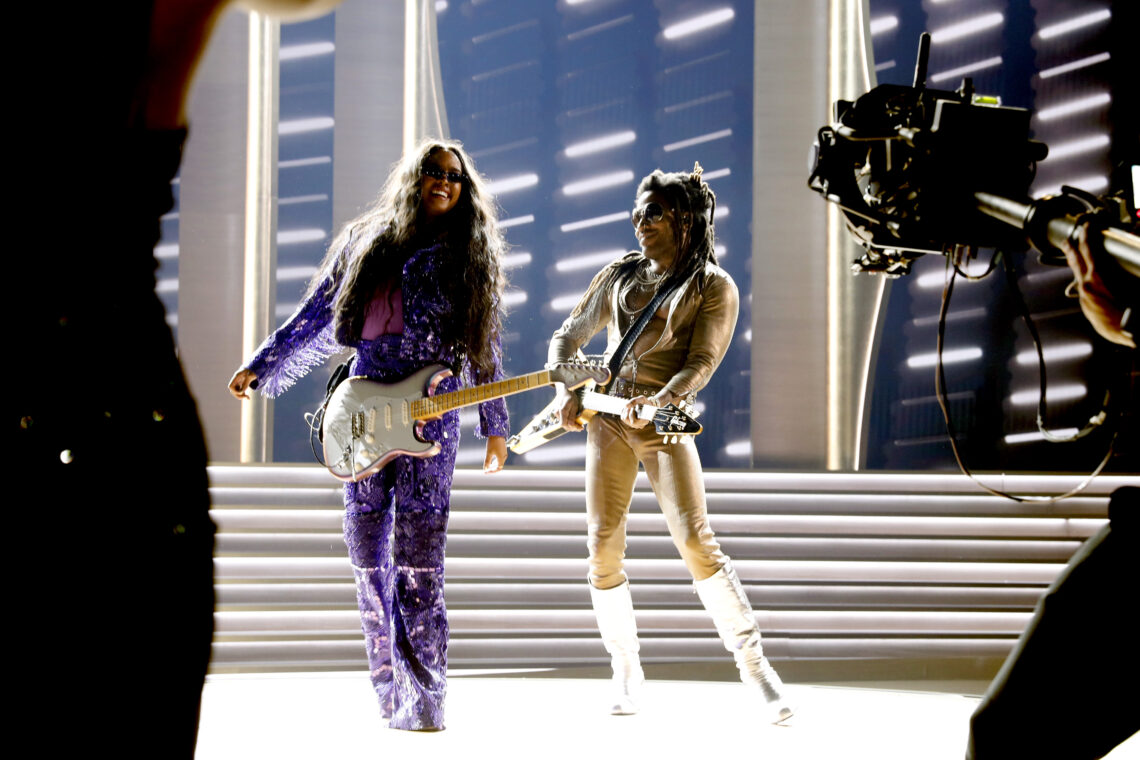 HIT: The Crew Deserves All The Credit

My final thought on this year’s Grammys is a huge HIT and that was showcasing some of the hard-working touring crew members as performance presenters throughout the night. COVID wreaked havoc on live music touring crews and it is great to see them get some credit for all the hard work they do night after night on the road. Special bonus accolades for all these presenters being women. Ask any woman who tours in music and I am sure they will tell you that they had to work twice as hard to get where they are even when most of them can do the job twice as good as some of the men in similar positions. Just remember, when you go see a live concert at an arena or a stadium, that there is what amounts to a small town’s population of people who bust their ass night after night to make sure that the Billie Eilish’s and Justin Bieber’s of the world can come out and entertain you for a few hours. For smaller acts, it can be just a few people who are responsible for making sure a show goes off without a hitch and that you can have a memorable night so if you see those people at your next show (they are usually the ones literally running around and have a radio attached to their ear), just say thank you to them. They are just as happy to see you back in venues as you are to see your favorite artist back on stage and I’m glad the Grammys took some time to showcase the hard work they do.

Why The Grammys Still Matter

Segway the reader in an exciting way to our blog library. Connect the topic of the blog to other similar content we have. Share 5 linked blogs below.