Another music festival season is in full swing, and it’s hard to escape the surrounding buzz and chatter in anticipation. From Coachella to EDM to Rock the Bells, it seems that each year, the music festival culture continues to grow in popularity. With increasing popularity comes increased interest from marketers.

Why? For one, music festivals are extremely valuable to brands who want to tap into the coveted, hard-to-reach millennial group, as they tend to make up a huge chunk of festival turn out. But the reach capabilities don’t stop there.

Festivals As A Hub Of Culture And Brands


With a festival for virtually every category and genre of music, the overall music festival audience is growing increasingly diversified. Music, as we previously mentioned, has the ability unlike any other to transcend age, gender and culture, and through music, brands can target the demographic of their choosing in a very specific way. 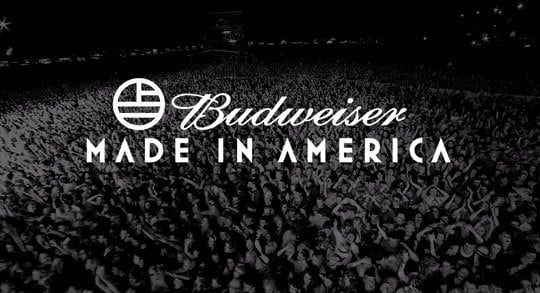 An example: Jay Z and Budweiser’s “Made in America” festival is expanding to Los Angeles, California this year in order to strategically target the Hispanic population as a response to beer competitors who have dominated the market. Not only will the festival itself be held in California in addition to Philadelphia, but the “Made in America” music parties held in LA leading up to the event will be specifically catered to Hispanic culture.

As festivals like “Made in America” expand, growing in popularity and size, so do the dollar amounts brands are required to pay for sponsorship. This year, an estimated $1.34 billion will be spent for music event sponsorship this year, up 4.4% from last year.

Coachella earns millions from big brand sponsors such as Heineken, Red Bull, H&M and more. And then there are the walking billboards - celebrities who are not just being paid by brands to wear apparel, but to attend the festival. Reportedly, Glee’s Lea Michele will be paid $20,000 by Lacoste just for wearing the brand to the weekend festivities. It was rumored that Vanessa Hudgens was being paid big bucks as well just to attend in partnership with McDonald’s.

But for brands that may already be counting themselves out due to the high dollar amounts involved, DON’T! The benefits of a vast reach and heavy celebrity attendance can be tapped into, regardless of budget size, with a little bit of creativity.

Though the festivals’ organizers may not be a fan of the idea, there are a multitude of event ideas that can be held outside festival grounds as part of the parties that occur both during the day and night during festival weekends. Brands can host their own events, or better yet strategically partner with other brands and event producers to share costs. The downside of not being actually on the festival grounds is often highly outweighed by the fact that these off sight events have major celebrity turn out. As in any situation, being an early adapter and tapping into these grassroot opportunities give a marketing advantage. Garnier took advantage of the sandstorms at the Indio Valley grounds and met the needs of dirty, sweaty festival-goers by creating booths for hair washing stations.

Music festivals engage and offer the benefit of millennials armed with social media recording their every moment - including their interactions with your brand for all to see.

Great, out-of-the box ideas have the ability to not only put your brand in front of influencers, tastemakers, and even celebrities, they create scenarios for those very key consumers to become your brand’s content creators and endorsers by way of organic engagement.