Why Brands Should Partner With Fitness Influencers

The match-up between brands and fitness professionals is a partnership made in heaven. Why?  Because people like to see visually appealing content that is creative and unique, and fitness influencers implement all three of those qualities in their social media platforms.

Today, brands have so many opportunities to create new product extensions, and one sure-fire option that is working well for many is to partner with a social media influencer to be not only the face of that brand, but also to have an ownership stake. This is a step beyond your traditional endorsement or influencer marketing partnership. In fact, it's many steps beyond, and only works for companies who are ready to create stand alone product lines for an influencer to market. In this blog, Hollywood Branded shares how three fitness influencers have created successful self-owned product lines, and why brands should consider creating this next level influencer stakeholder endorsement opportunity.

Who Are Fitness Influencers

Fitness influencers post a variety of content on their feeds like daily workouts, healthy recipes and most of all create a community where people feel they belong. With fitness influencers being so prominent on Instagram, brands have found ways to endorse these professionals to help sell their brands, while they are selling their own personal brand simultaneously. As stated earlier, the matchup is unparalleled, and has led to some amazing partnerships. 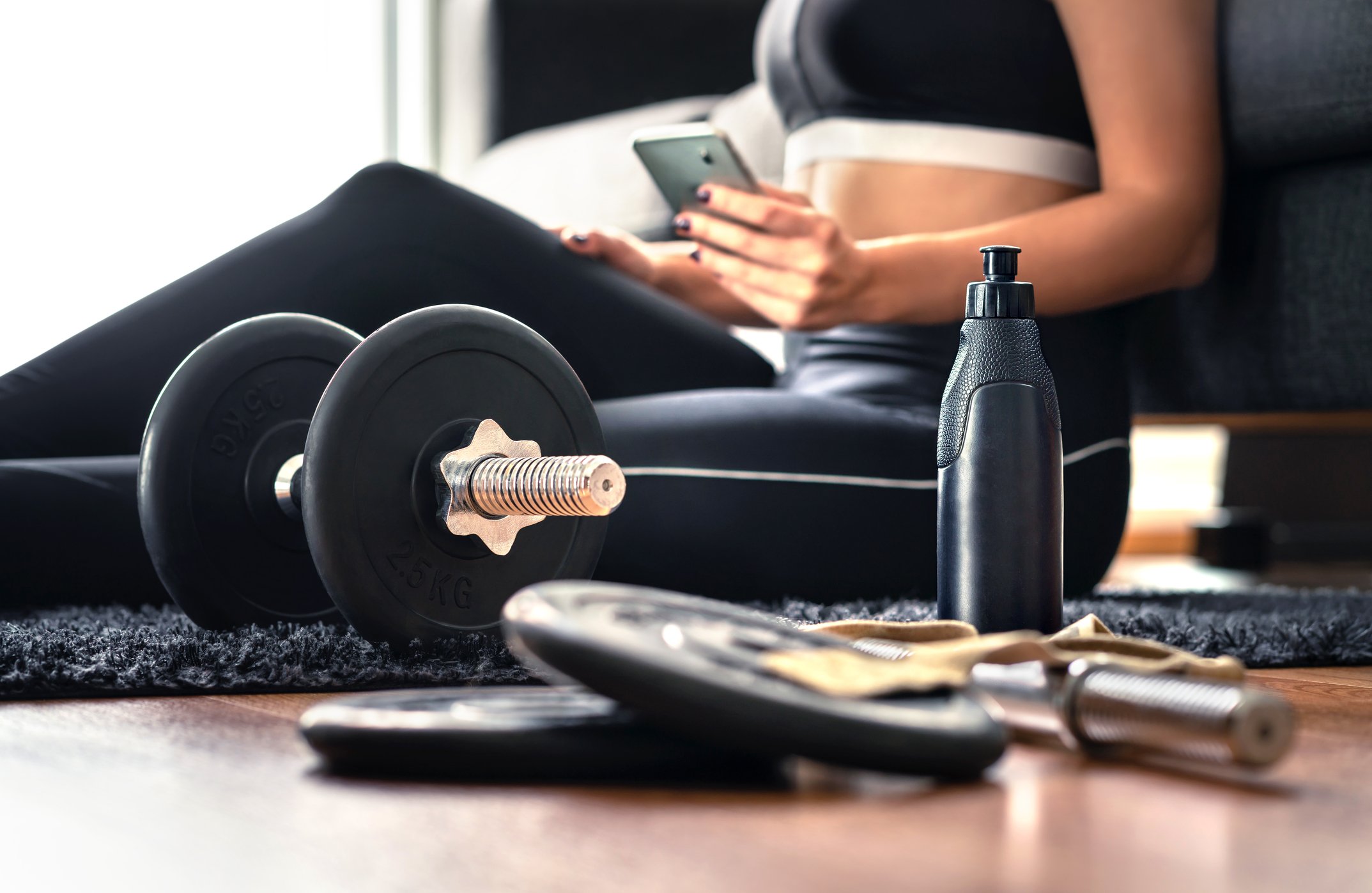 Kayla Itstines is one of the top leading fitness influencers on Instagram and has a following of 12.5 Million people. In 2017, Itstines was named the top fitness influencer by Forbes, and her app, Sweat with Kayla had a revenue of $17 million in 2016. Itstines started her career as a personal trainer and quickly realized she wanted to help even more women, so Itstines and her co-partner created BBG guides and since then has been very successful. On Itstines' Instagram, she posts a variety of workouts, either at home or in the gym, as well as aesthetically pleasing pictures of food and a lot of progress photos from the people who are part of her fitness community.

Itstines may have her own personal brand, but how she markets it counts as a brand endorsement. Luckily for Itstines, she is successful enough to endorse herself in order to promote her business. With her business, Itstines has created a very large community and following of people who are motivated and driven to achieve their fitness goals.

Itstines even has a trending hashtag #BBGCommunity with over 2.5 million posts of people from her programs who share their fitness journeys. Kayla Itstines is much more than a fitness influencer to her community, but she acts as an inspiration and motivation to prioritize health within a community of people who are there for one another. Istines is a tough influencer to partner with, due to the high success of her own, but brands should consider reaching for people like her because she alone could take any brand to influential heights.

Simeon Panda: Ceo and Founder of Just Lift and Brand Ambassador for Innosupps and boohooMan

Among male fitness influencers, the one who stands out by far is Simeon Panda. With over 6.6 million followers on Instagram, 5.7 million likes on Facebook and 1.92 million subscribers on YouTube, it is safe to say Panda has a huge following and that did not happen by chance. Panda’s “career” started in 2011 at the age of 15, while on a quest to put on some extra muscle. He would upload the content to YouTube, for his own benefit and people wanted more, so he continued and ended up creating a fitness empire.

Featured in Forbes in 2017 as one of the top 10 fitness influencers, Panda is not only popular due to his great physique, but his positive and motivational attitude toward all he does in life and the fitness world. In an interview Panda states, "The term fitness influencer fits perfectly with what I’ve been trying to do from the start.”

Panda is greatly endorsed with two big brands such as Innosupps and boohooMAN, but of course he is approached constantly with brands wanting him to represent their product. Due to Panda’s large following and the community he has built around himself, it is his duty to advertise brands that are true to his values and only show products he believes in.

Because Panda holds a great identity for himself in the fitness world, he has a right to be particular and selective when it comes to creating a partnership with a brand. The up-side for companies to land a deal with an influencer like Panda, is the high exposure and commitment of his community. Panda’s rule of thumb is to stay true to himself and his followers know this about him, so any product he uses will most likely be sought after from his fan base.

What I appreciate most about Panda is his authenticity. For example, on Instagram he was giving tips to his followers about the 5 things he did to improve his skin that genuinely worked and at the end of the list he stated, "I’ve purposely not mentioned the brands of any products as I’m not trying to sell you anything, I just wanted to pass on some tips that helped me.” As a follower, I value his realness, and this makes me believe that I can trust Panda when he does post a product on his feed.

Along with Panda’s partnerships, he also has his own fitness apparel line called Just Lift, created in 2012. The fitness line ranges from both men and women's clothes, bags, training accessories, bottle shakers and much more. From a trending hashtag, to now a favorite fitness clothing and accessory line, Just Lift is supported worldwide amongst millions of people. Fellow fitness individuals recognize the Just Lift products and associate Panda's face to the brand.

When a company has a recognizable and likeable face to represent their brand, people are more inclined to trust and buy the products. A marketing strength of having an influencer endorse their own brand is that the products being sold are being used by the influencer, making people more inclined to invest in a purchase of this company.

Simeon Panda is a favorite fitness influencer of mine, not only because of his expertise, but his motivation and support he gives to his followers. He is a trusted individual with his community and any brand would be greatly validated by partnering with Panda.

Whitney Simmons is a prime example of what a successful fitness influencer should aspire to be like. Simmons went from quitting her full-time job to pursuing a YouTube career in fitness; Without taking that leap of faith, Simmons would not have been able to build a following of 3 million people on Instagram and 1.9 million on YouTube.

Her content ranges from workout videos, meal prep, product hauls and most important of all motivation and love for her tribe of followers. Simmons stated in an interview with one of her brand partnerships Tula, “I have been sincerely shocked by the impact that I have made on women across the world. We’ve built this amazing community that is full of inspiration chasing after the same goal of finding mental and physical happiness."

Simmons is highly endorsed with Gym Shark, so much so that they even created a Whitney Simmons x Gym Shark line of clothing. Gym Shark stated, "Known to many as the queen of style, fashion and fitness, it was only a matter of time 'till we collaborated with Whitney Simmons to create a bespoke, hot fire flames collection." Gym Shark took the Whittney Simmons stakeholder endorsement opportunity and became very successful with her line. Gym Shark even arranged a Whitney Simmons pop-up store, where fans got to meet Simmons and purchase her clothing line simultaneously.

In any of Simmons' workout videos she posts you will find her repping Gym Shark and constantly tagging them in social media posts. In the partnership with Gym Shark, she is able to reach out to an extra 3 million of Gym Sharks' 4.5 million followers, totaling to over 7 million people in which they are able to influence. Tula, a skin care company, is another brand that has endorsed Simmons. Simmons is very particular when it comes to partnering with brands and states that her goal is to remain as honest as possible when reviewing products.

Simmons recently came out with the launch of her own app, Alive, which contains workouts, programs and a log to journal a user’s fitness journey. Although Simmons' app is new, her personal brand was large enough for her to be able to successfully start her own product. Simmons is a great influencer because people trust her to help guide them to their fitness goals and remains as open to her community as possible. People commend the transparency Simmons exemplifies, which is a big reason as to why she has so many people looking to her for health and fitness goals.

I respect the way Simmons views her brand endorsements because a lot of influencers will partner with anyone just to make some money, but Simmons remains loyal to the trust of her fans and in doing so she stays true to her beliefs.

Health and fitness is a topic that has become extremely popular. People are constantly looking for ways to become healthy, but a lot of times people feel lost and look to others for guidance. This is where fitness influencers come into play. The rise of fitness influencers has been tremendous on all social platforms, but we see this especially on Instagram.

Fitness influencers have huge followings, where they post workouts, recipes, motivational insight and even personal information about them, so their users can get to know them and feel as if there is a real relationship. The leading fitness influencers are not only skilled at what they do, but they are also great marketers. These influencers are trusted individuals among their community and people truly listen to the advice and insight they give. Which is the reason why brands should partner with fitness influencers to endorse their product or brands.

The influencers mentioned in this blog are credible people in the fitness industry and their followers believe and trust what they recommend for people to buy. The amount of influence these individuals have on their platform is incredible and with the right partnership, brands can be greatly advertised by these fitness influencers.

Fitness influencers are already meticulous in choosing who they partner with, and by creating their own lines of products, they could greatly change the way influencer marketing works.

We know these fitness influencers have found a way to touch the lives of many and people like Kayla Itstines, Simeon Panda, and Whitney Simmons have done this successfully and personably and this is only the rise of something even bigger.

Your company might even benefit by taking traditional influencer partnerships to new heights and endorse an influencer to create their very own brand. These three influencers are the living proof this strategy works, and this might be the tactic your brand needs to break through.

Check out other blog written by our team about social influencers and partnerships:

Want to learn more about how to connect Social Media Influencers with your brand? Check out our awesome user's guidebook!