What is one thing that almost everyone can relate to? Their love of food! Everyone needs to eat, so finding new and creative ways to cook has made food content some of the most popular to watch on social media.

Influencers are making millions of dollars a year posting videos and sharing content all about food, and brands help to make it possible for everyone to enjoy their favorite foodie’s content by paying them to do so. In this blog, Hollywood Branded looks at the top 10 (according to Forbes) Food Influencers and the Brands that they have partnered with. 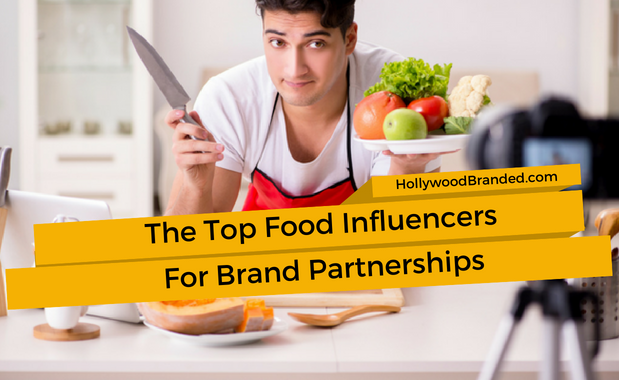 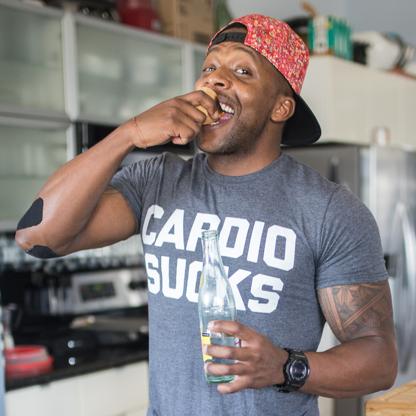 Kevin Curry is an influencer best known under his @FitMenCook handle. He started the FitMenCook blog back in 2012 and it quickly grew in popularity. His first cookbook is slated to come out later this year.

Kevin has integrated some brands into his social content, like in this Instagram post, where he went on the Wendy Williams Show to promote one of his partners, Hilton, as well as giving himself exposure on National TV.

Kevin also has a partnership with Kohl’s, and in this video on YouTube he is testing out different air fryers that Kohl’s provided to him. 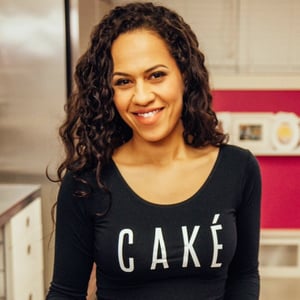 Yolanda Gampp first rose to prominence on a Food Network Canada show that was cancelled. The show’s creators helped her launch a YouTube channel, How to Bake, and has gained a massive following across multiple platforms.

In this video, Yolanda makes a Nutella themed cake featuring the product itself. She also features the chocolate treat, Ferrero Rocher, to bring multiple brands into this delicious creation. She gives the brands exposure by sharing the video and tagging them on her Instagram. 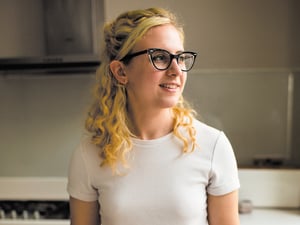 Izy started her blog, Top with Cinnamon, in 2011 and since then it has become one of the most popular go-to food sources online. She has published two cookbooks by the young age of 21 and is finishing up her bachelor’s degree in food science and nutrition.

Izy is based out of the UK, but that does not mean the brands she works with do not have global appeal. For this recipe (Waffled Brioche French Toast) on her blog, she teamed up with Cuisinart for a month of recipes she called a “Classic Dish with a Twist”.

In this Instagram post, Izy isn’t cooking, but she is enjoying some chocolate from Loving Earth and is promoting a giveaway for them to all her followers. Who doesn’t like free chocolate! 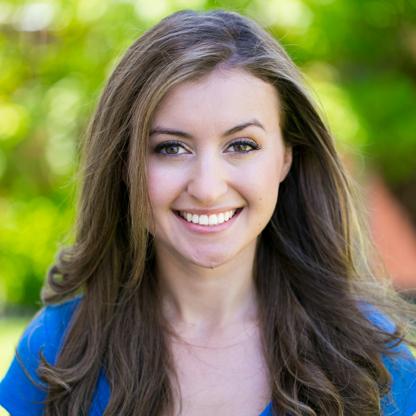 The Ukrainian-born Natasha wanted a source to find some Slavic cooking in English but could not find it, so she decided to provide that to the world herself! Her website is the place to find some unique recipes from this mom of 2.

To Celebrate over 200,000 subscribers on her YouTube Channel, Natasha partnered with cookware company Zwilling J.A. Henckels for a giveaway worth almost $1,000!

As mentioned in the Forbes bio of Natasha, one of her partners is KitchenAid, and in the video above, she subtly promotes the brand in this video for one of her more popular recipes. She has a clear shot of the mixer and then provides a link to buy it, among other kitchen utensils, down below in the description. 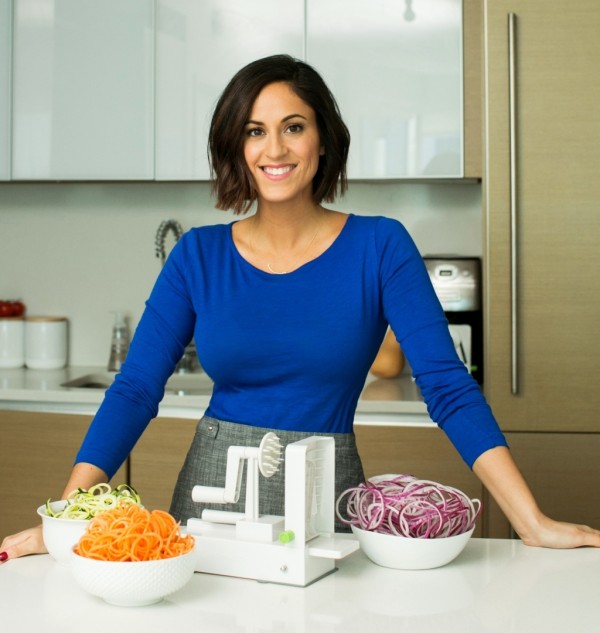 Ali started her blog, Inspiralized back in 2013 after learning about the kitchen tool, the spiralizer, and has been the queen of spiralizing ever since. Now she has produced 3 cookbooks.

Back in 2016, Ali partnered with the restaurant chain, Houlihan’s, to create a spiralized specials menu at their restaurants. This was a great opportunity for exposure for Ali’s brand, as well as a way to incorporate healthier options into the Houlihan’s menu.

For the holiday’s this past year, Ali partnered with Daily Harvest to do a giveaway, above is a post from Instagram promoting this giveaway to her followers. 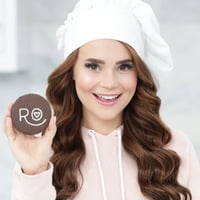 Probably the most widely known name on the list, Rosanna is one of the highest-paid women on YouTube and has created an empire out of her Nerdy Nummies brand. According to Forbes she makes millions a year from ad revenue and branded content on her channel.

In this video, Barbie sponsors an unboxing of their new baker and pizza chef playset, and Rosanna makes her own mini pizzas at the end in honor of the mini pizza oven in the playset.

In this video, Rosanna gives her fans a tour of her brand-new home. It is cool to see how your favorite youtuber lives, and Amazon wanted to get in on the action by sponsoring the video and providing her with products for her house. In the description, she provides an Amazon link to buy all of the items featured in the video.

Deb started blogging in 2003, and has been a mainstay online with her blog, Smitten Kitchen. She wrote her first cookbook in 2012, The Smitten Kitchen Cookbook, and it became a New York Times bestseller.

Deb partnered with The Food Network to create a digital series on the Food Network website based off her brand, Smitten Kitchen, and made some recipes. Above is an example of an episode from the web series. 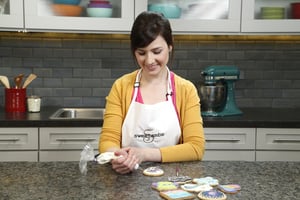 Known for her cookie art, Amber posted her first video on YouTube in 2012 and has not looked back since. Since then she has published a cookbook and is the go-to for cookie art on the web!

In this video, Amber partnered with KitchenAid to have a giveaway for her subscribers and fans. She makes a cookie that looks like a Blender! That’s a creative way to get brand exposure! 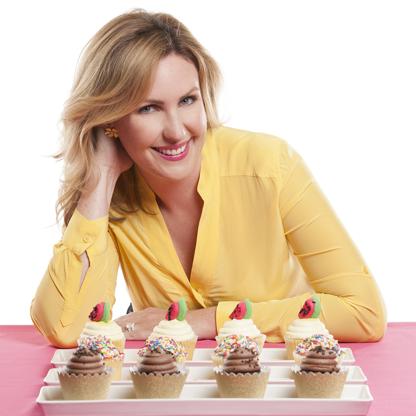 The only Australian on this list, Elise started her YouTube channel in 2011 to promote her baking business and has turned her brand into a global phenomenon.

In this video sponsored by Oscar Mayer, Elise shows us how to candy Oscar Meyer bacon and teaches us a cupcake recipe using the product.

In this post, Elise shows a picture of a challenge posed to her by Sara Lee to upgrade one of their desserts. Even food companies can get in with these amazing influencers by making their products stand out with a simple upgrade! 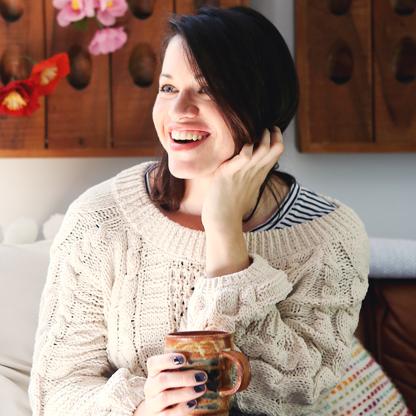 Joy started blogging on her hit website, Joy the Baker, in 2008 and has been a mainstay in food circles ever since. She has written 3 cookbooks and runs classes in New Orleans.

On her blog, Joy the Baker, Joy posted a recipe for Brown Butter Chess Pie that was sponsored by Land O’ Lakes Butter, and provides a link to their website.

In this post, Joy shares a picture of a frozen mule she made featuring her sponsor, Black Box Spirits.

Taking That Next Step With Influencer Marketing

There are a lot of creative ways to get your brand out there, and one is partnering up with an influencer. We here at Hollywood branded are ready to help your brand reach the next level with brand integration.

Check out some of our other blogs below:

Our team has pulled together some of our educational guides to create comprehensive course options built around how your brand can better work with influencers.  Check out the class options below!