How Harry Styles Has Utilized Unique Marketing To Grow His Fanbase

Harry Styles. His name needs no introduction. No matter what you may think about him or his career, Styles deserves some accolades for his marketing tactics. Unlike his peers in the music industry, he isn’t incredibly active on social media (which, for many, can make or break their career). And yet, Styles consistently sells out stadiums in minutes.

While a lot of his fame and fans can be attributed to his success with the boy band, One Direction, that’s not to say that his only fans are from prior ventures. Styles has made a name for himself in his own rite and has done so in a unique way, from a marketing standpoint. In this blog, Hollywood Branded explores the ways in which Harry Styles has implemented successful marketing strategies into his career - even without having a heavy social media presence. 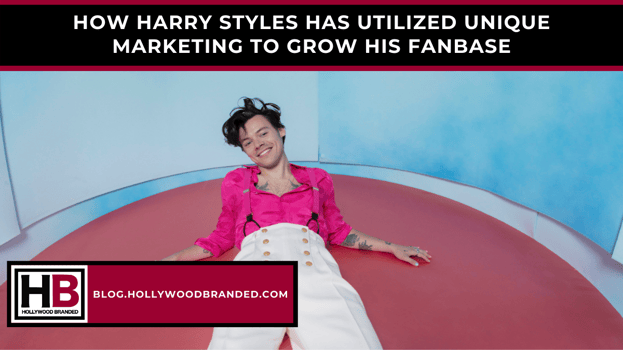 Harry Styles is a worldwide superstar. At 16, he auditioned for the British talent TV show, The X Factor, where he was drafted into a boy band, and he quickly rose to stardom. From the years of 2010-2016, it was almost impossible to not be bombarded with mentions of the band. One Direction, quite literally, took over the world and showed no signs of stopping. That is, until they announced their hiatus in 2016, which in turn launched the solo careers of each band member. While each member has had their own individual successes, Harry is the most successful member (having come out with 4 chart-topping singles and two best-selling albums). 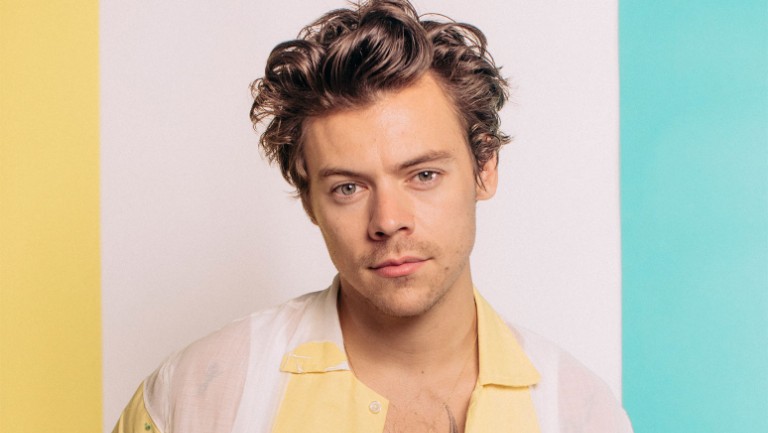 One Direction had an incredibly loyal fanbase when they were an active band. From traveling the world to see the band in concert, to somehow hacking into hotel hallway and airport security cameras to catch a glimpse at the boys living a normal life, One Direction’s fans (or, Directioners, as they were more affectionately called,) proved that they would do virtually anything to support the band. That support didn’t stop when the band went on hiatus; many fans grew up with One Direction, so it was difficult for them to part ways once they went onto their solo careers.

While many of One Direction’s fans stayed with them as they went onto their own projects, that’s not to say that the boys (especially Harry) have not gained new fans with their new ventures. Harry, himself, finds inspiration from older musicians (FIND QUOTE TO BACK THIS UP), which has brought him new listeners. He has an eclectic style that has been likened to David Bowie and Elton John and a lot of his music is inspired by Fleetwood Mac (and Stevie Nicks’ solo work), so many older consumers have found nostalgia in Harry’s personality and music style. 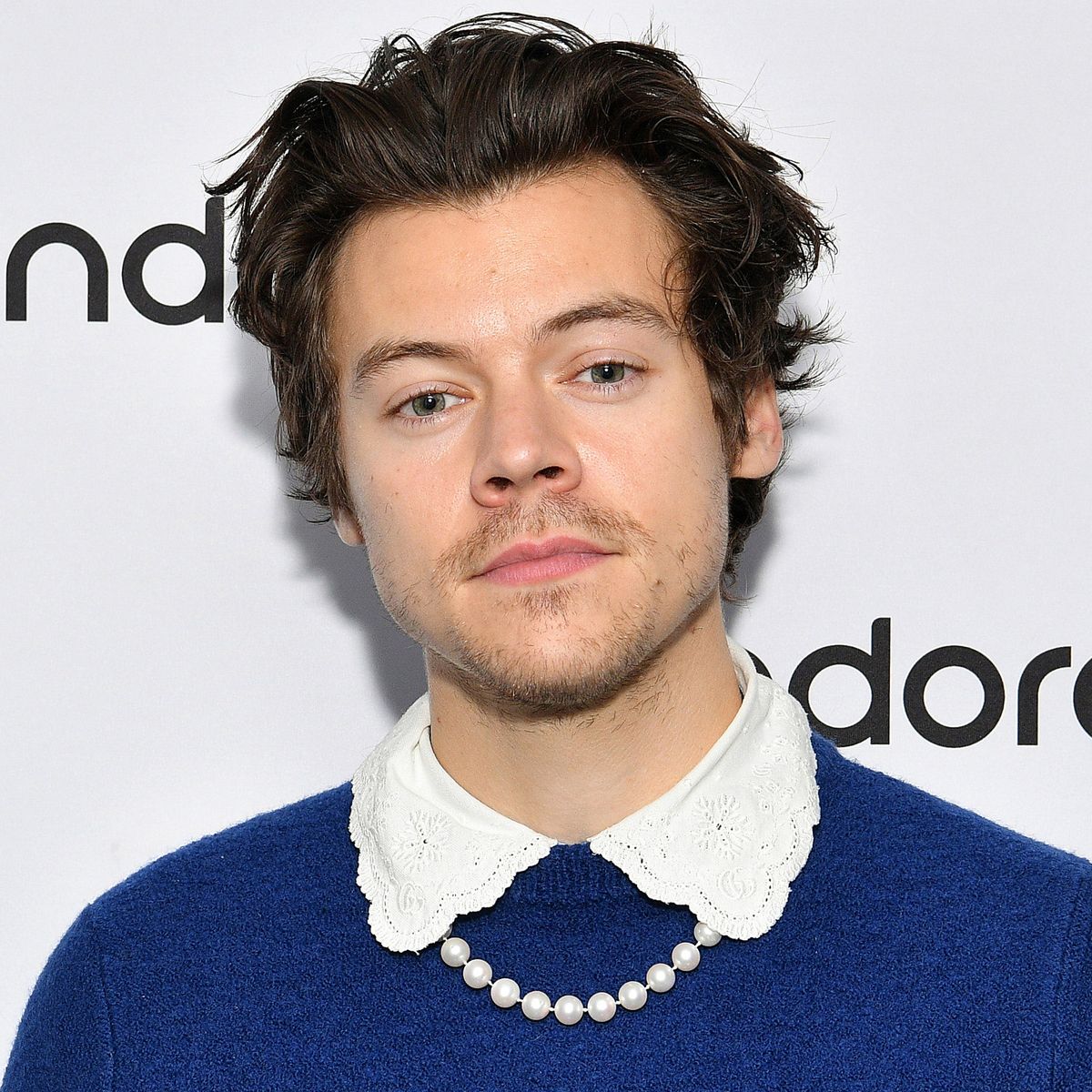 Harry’s fans, both old and new, have proven that they are willing to support him through any of his ventures. Because of this, Harry and his team have chosen more unique ways of marketing himself and his music. From made up islands to personalized notes on a website, Harry has utilized marketing tactics that should be revered.

One of Harry’s most recent marketing ventures was a massive one: he and his team made up an entire island (complete with its own travel agency) as a way to promote his singles and accompanying music video for “Adore You.” 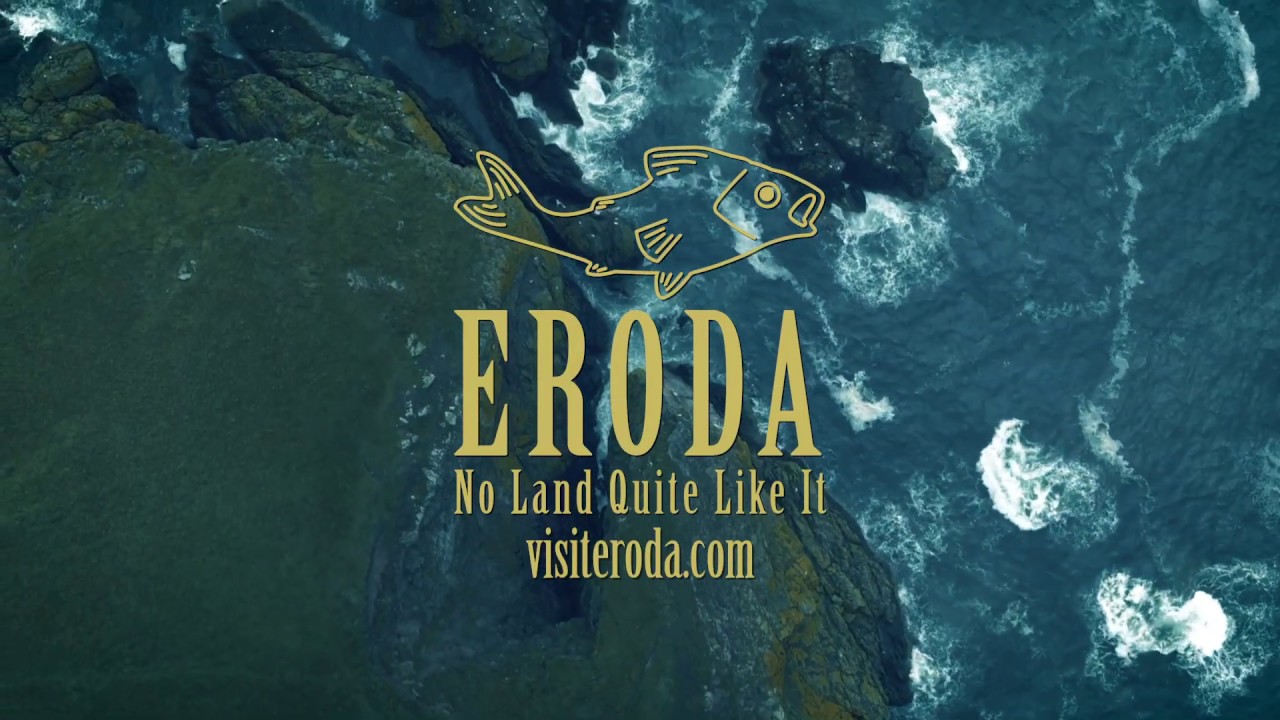 His team started this project by creating a social media presence for a fictional island called Eroda (adore spelled backwards). The “ad campaign” rolled out weeks prior to the single and music video release, and left fans (and even just average social media users) questioning everything. The ads mainly ran on Instagram, Twitter, and Facebook, and included fake reviews, as well as travel tips and short history lessons about the island.

Fans quickly learned that this had to do with Styles, learning that specific dates and aspects of the island mentioned were dates and lyrics significant to Styles’ life (and album release). This project is obviously done on a much larger scale than many companies can afford to do, but it created massive amounts of buzz for the song and music video, even with people who hadn’t listened to Styles’ music before. 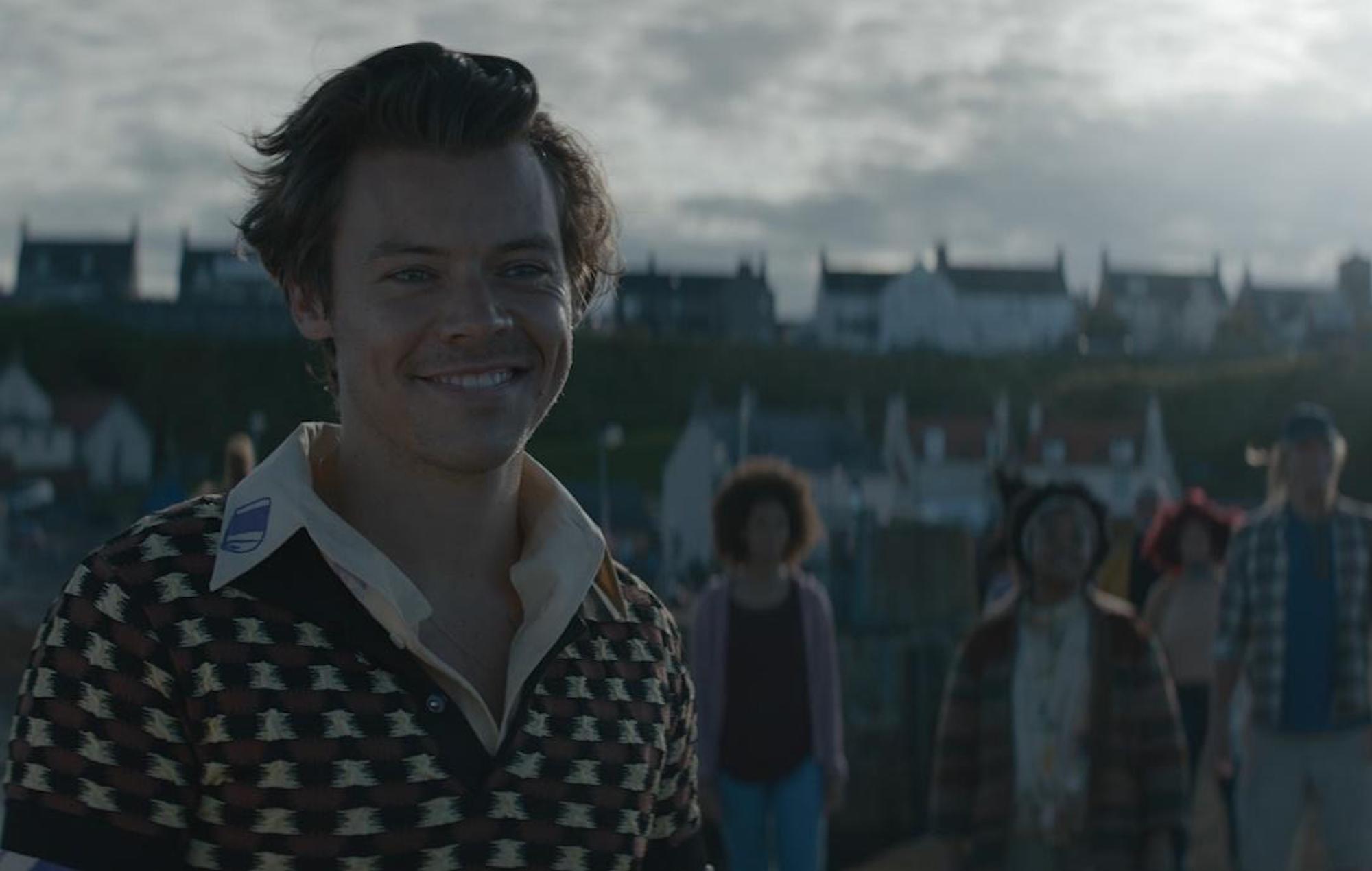 Do You Know Who You Are?

Another one of Harry’s more interactive fan experiences that created even more hype for his highly anticipated sophomore album was his “Do You Know Who You Are?” campaign. This campaign was done online, via a website that Harry and his team created, based off of a lyric from his single, Lights Up, but before it was made live, posters around Los Angeles, New York City, and London began to pop up with the same set of lyrics. These promo campaigns were all done well before Harry even announced that he would be releasing “Fine Line,” but fans were quick to figure out that they had to do with Styles’ plans for new music. At the bottom of the posters, the acronym “TPWK” showed up, right under the logo for Columbia Records. Because of these two small details, fans realized that the posters had to do with Styles; Harry is signed with Columbia Records and a huge aspect of his merchandise from the year prior included the quote, “Treat People With Kindness” (or, TPWK, for short). Along with the mysterious posters, the accompanying website allowed for fans to receive personalized compliments from Harry, himself. 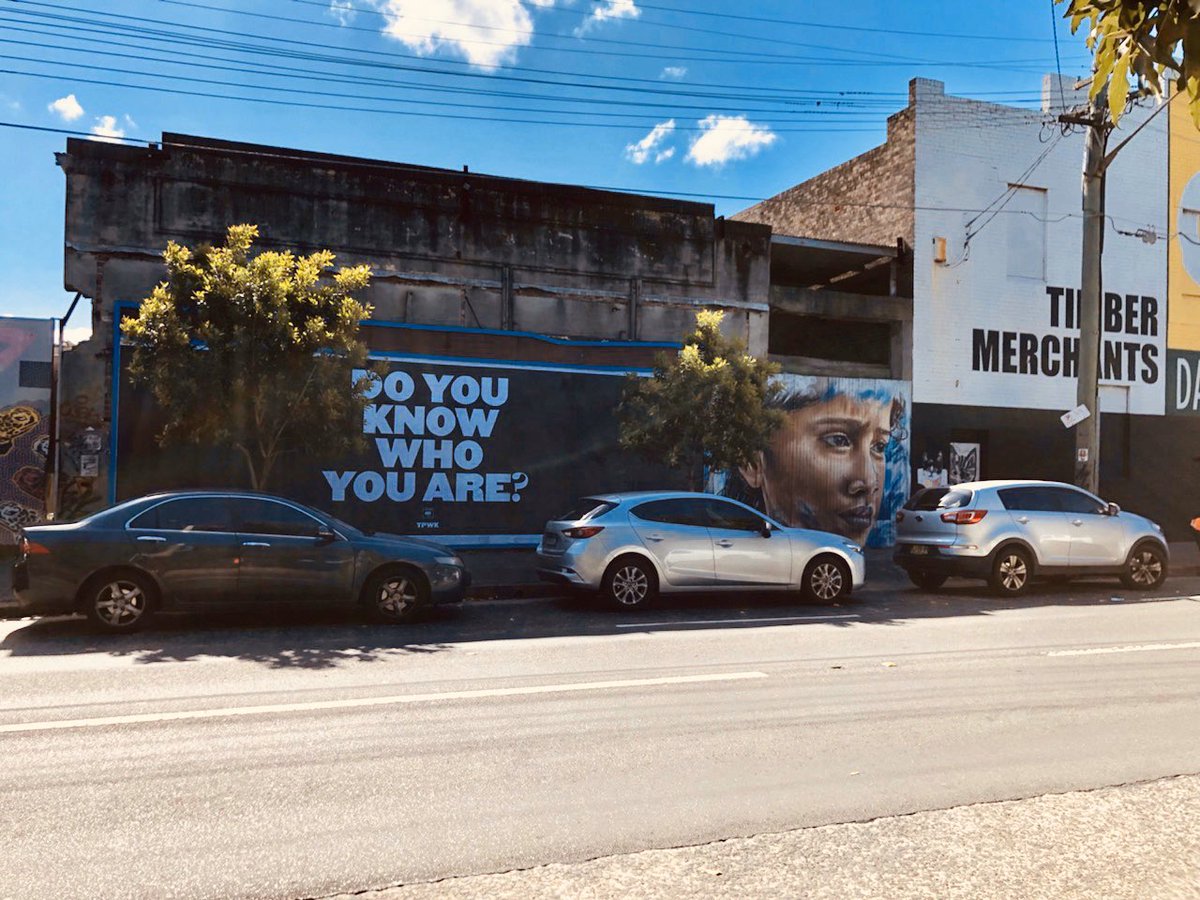 While this small, seemingly inexpensive marketing tactic may feel like a strange way to promote an album, the interactive aspect of the campaign proved successful. Fans traveled from all over to find signs around the world, and they even managed to crash the site, multiple times! Since this campaign was done prior to Harry releasing any information about his upcoming album, it allowed for fans to get even more excited about new music, and even gave news outlets an opportunity to speculate about the new album before Harry announced anything. 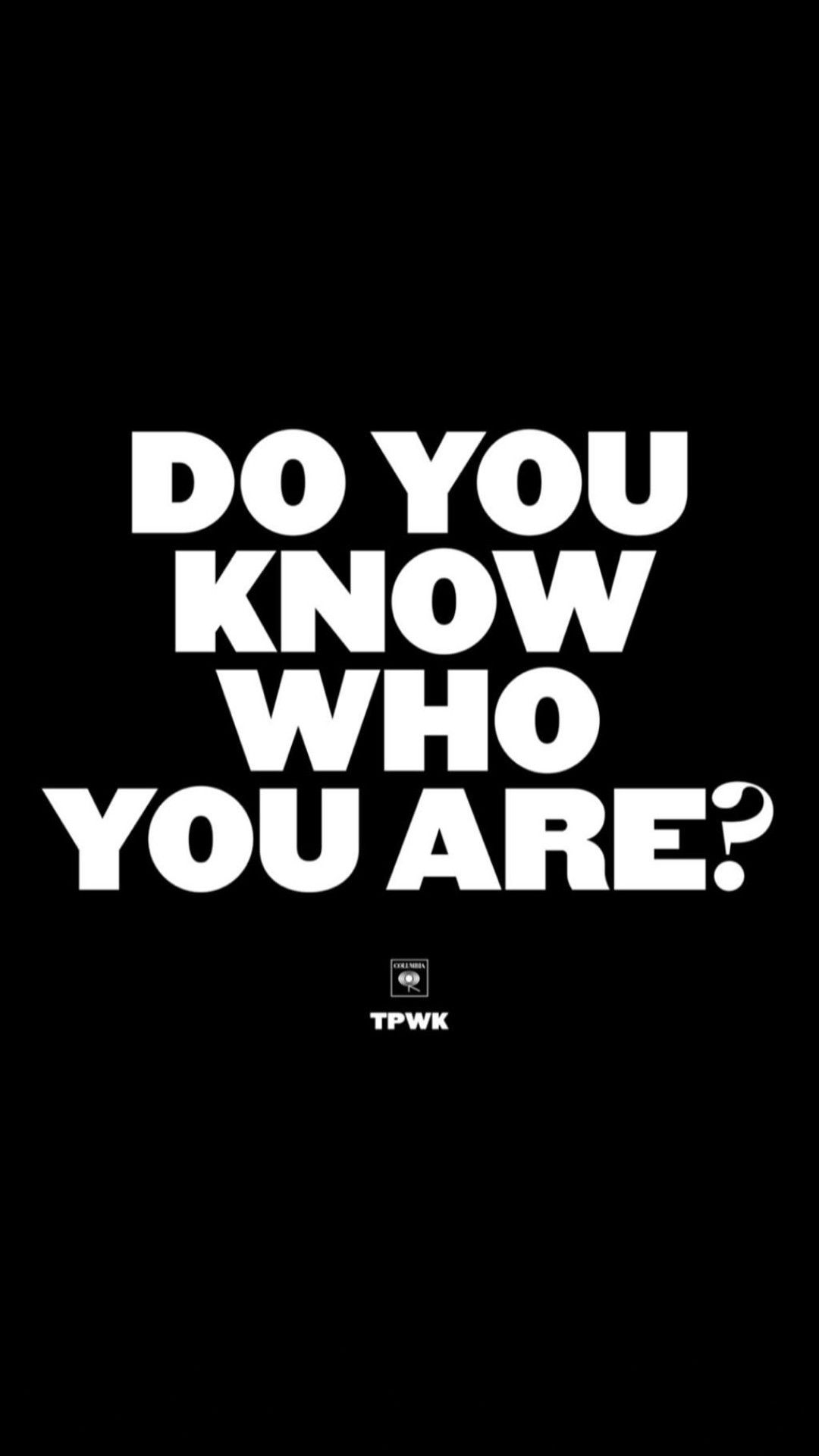 Fine Line At The Forum

Although every show that Harry puts on is one that is highly sought after, there were two shows that he put on that fans were willing to do anything for to attend. As a way to thank fans for supporting him, Harry put on a show at The Forum in Los Angeles on the day that his second album, “Fine Line” was released. Tickets were only $25, but to make sure that as many people who wanted to could attend, only two tickets were allotted per person. This one-night-only show promised to be a night that would never be forgotten for attendees, and Harry more than delivered on that promise. Harry’s team decorated the venue with special “Fine Line” related decorations, specialty drinks and food items were sold, and unique items of merchandise were available to purchase for only that night. 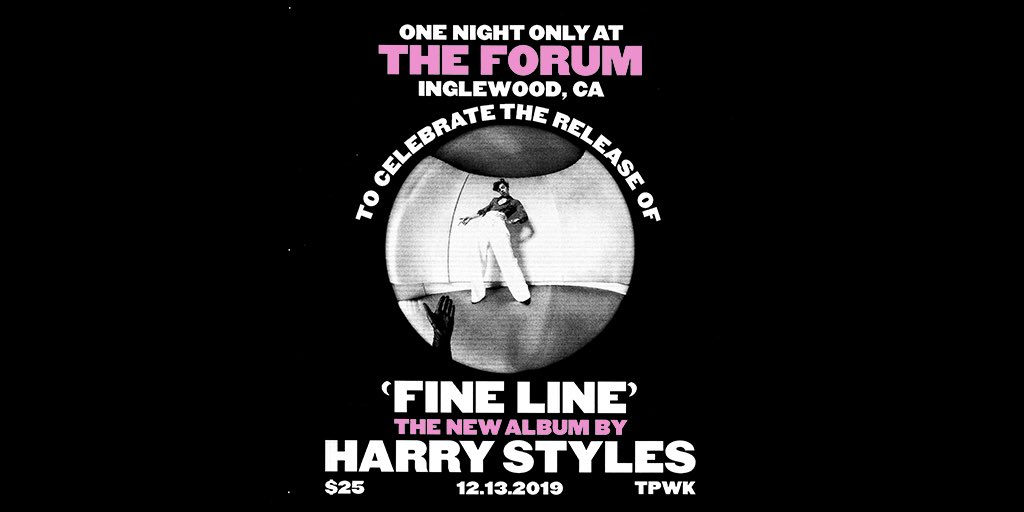 Not only did he play every song off of his new album, but he also brought out some special guests, including Stevie Nicks, to sing some of his favorite songs. Even though not every one of Harry’s fans could attend this show, Harry and his team were sure to record the show and post clips and behind the scenes photos and videos on social media, so that everyone could have access to the event. One-night-only concerts with special guests are a surefire way to bring positive publicity to a celebrity or an upcoming release, and Harry’s “Fine Line at the Forum” show proved exactly that. 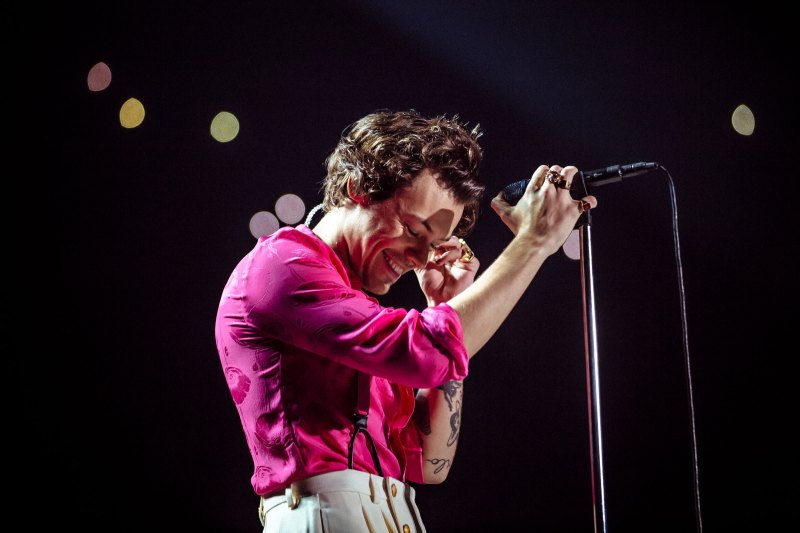 While this special concert has been postponed for the time being due to COVID-19, it is definitely worth mentioning when talking about genius marketing tactics. "Harryween," Harry's special, two-night only Halloween concert, promised to be a night fans would never forget. Tickets for the concerts sold out in seconds, and fans spent hundreds of dollars on resale tickets (and even plane tickets in order to get to New York), perfectly showcasing how in-demand Harry's live shows are. When announcing the show (at the iconic Madison Square Garden), Styles encouraged fans to join him in dressing up in costumes for the occasion, which only got fans more excited for the event. Styles dressed up as Elton John last year, so fans could only imagine what he has in store for this year!

The show may have been postponed for the time being, but that doesn't mean that it will never happen. Who knows, maybe next year, Harryween will be even bigger than what was originally planned! 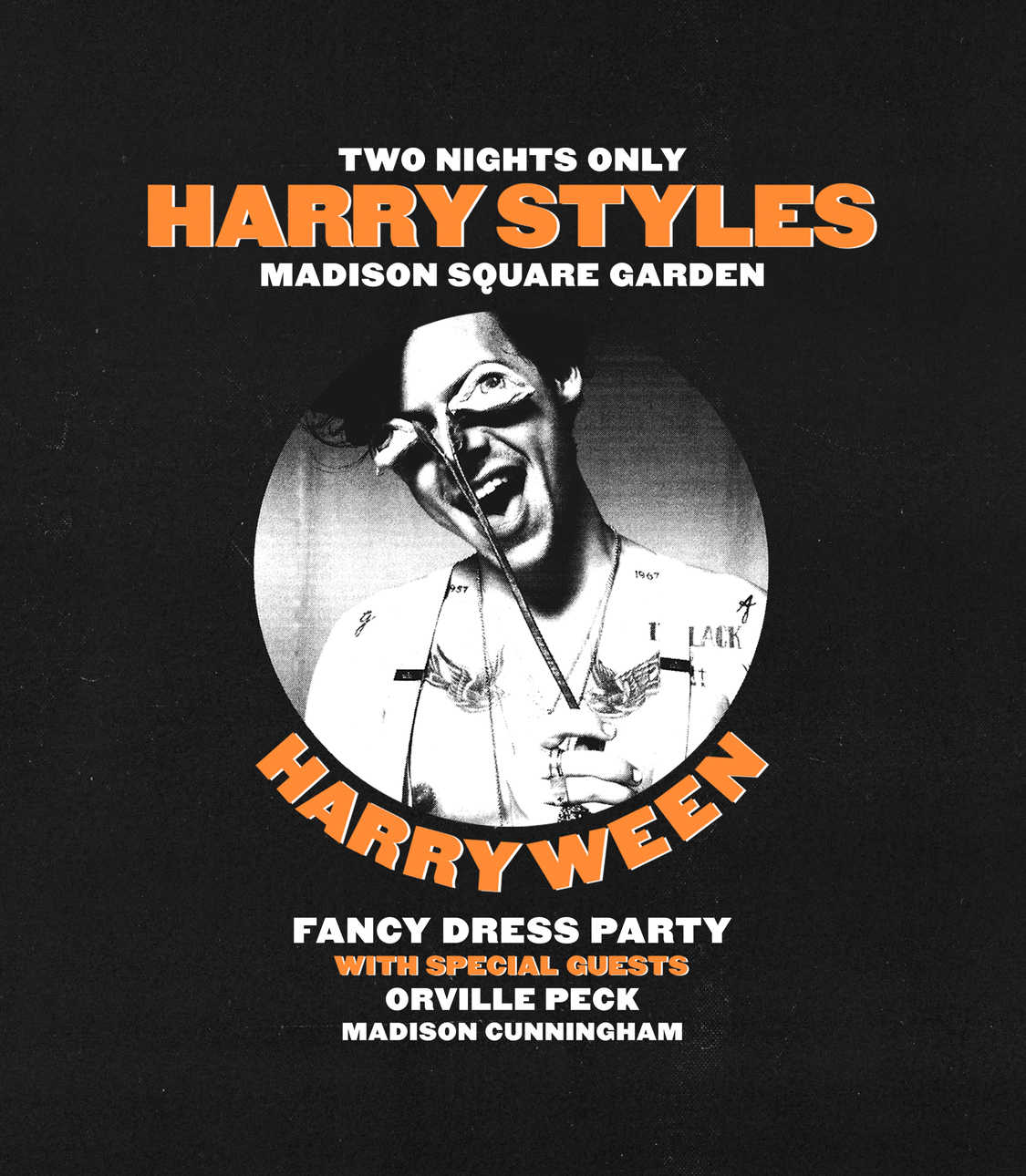 Styles, himself, isn’t on Tik Tok, but the majority of his fans are, and many of them spend hours upon hours posting about him. From audio trends (like the “Watermelon Sugar” high trend, in which fans post photos of themselves before and after they have smoked weed) to photoshoot trends (where fans recreate scenes from Styles’ newest music video for “Watermelon Sugar,” among others), Styles’ reach is far and wide. 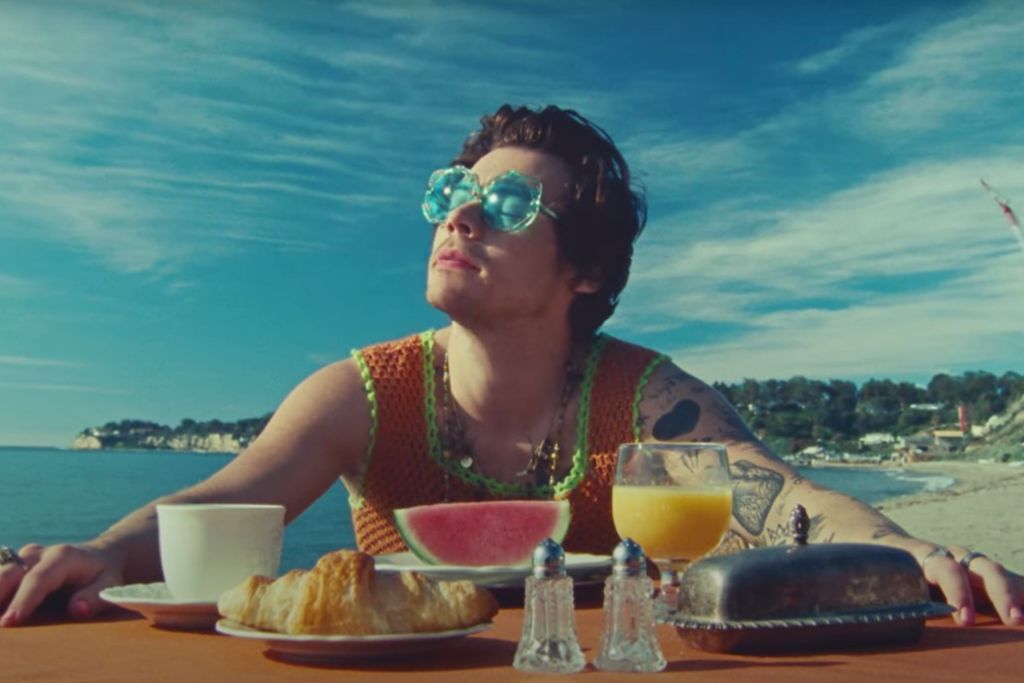 Without him even trying, Styles has even helped different brands gain sales, from Target to Tom Ford. Fans have found the scent that Styles often used (Tom Ford’s Private Blend Tobacco Vanille) and quickly found the Target dupe for the scent in the form of a candle (which subsequently sold out in a matter of days). Due to the massive amount of sales, candle makers on sites like Etsy are also finding success, for they are recreating the candle and marketing it to fans via Tik Tok, as well. 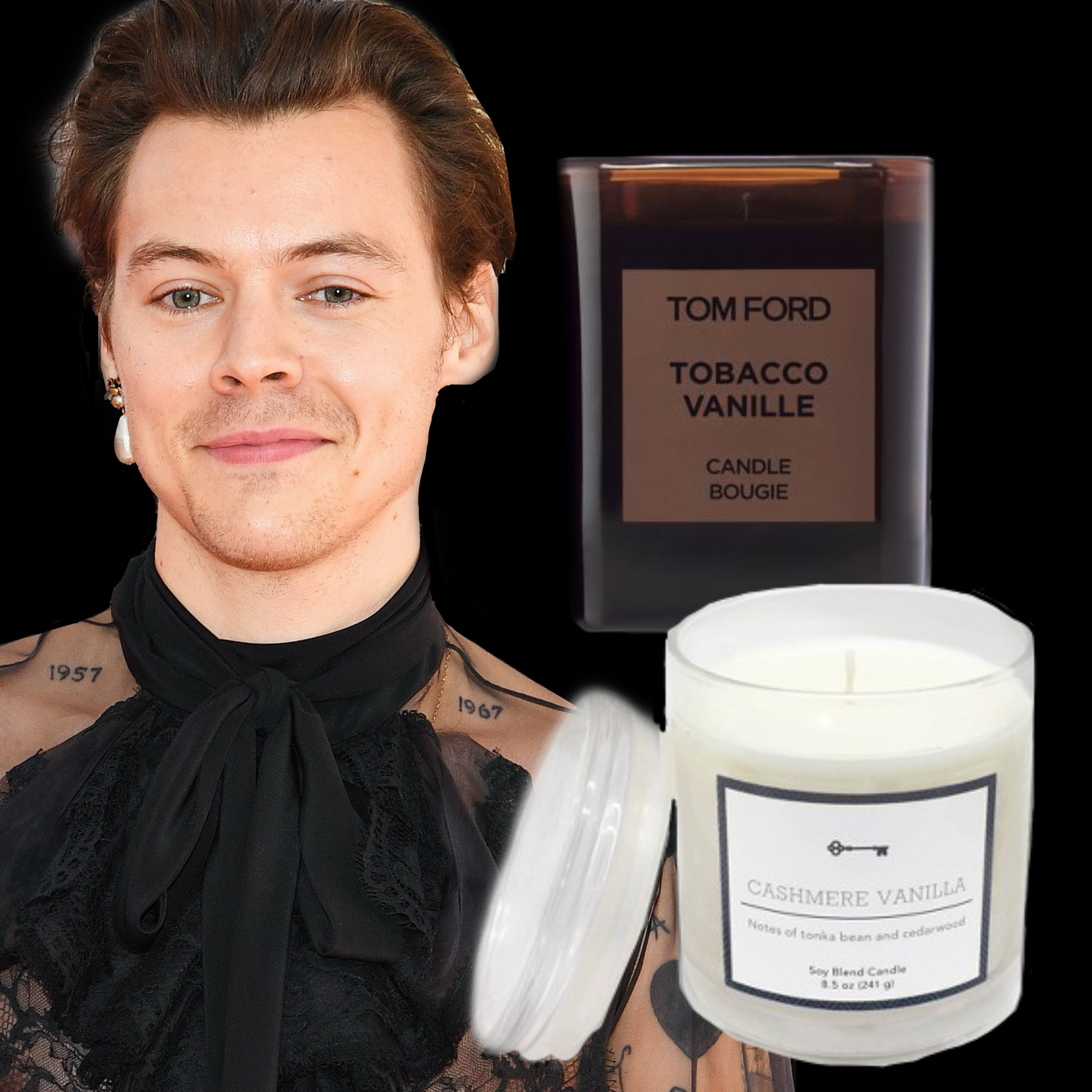 Fans are also taking to Tik Tok to recreate different iconic Harry Styles looks, on a budget. Styles is known for his eclectic style that many fans try to emulate, and many have successfully done so. Fans have created a trend in which they recreate Styles’ JW Anderson sweater worn on a taping of Ellen (before being sold out, the sweater retailed for $1,560 online). The trend got so popular that Harry contacted the designer to convince him to release the pattern of the sweater, so that more fans can make it at home! Similarly to the candle “dupe,” many creators on Etsy are using Harry’s generosity to their advantage; thanks to the free pattern, many creators are able to make and sell their own versions of the sweater. 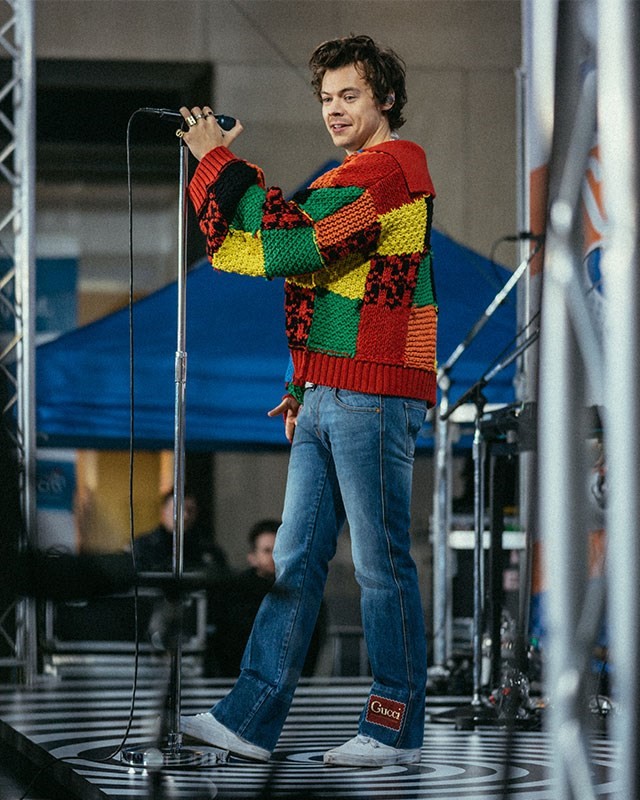 While Harry Styles might not be the most accessible musician for you to pursue a brand partnership with, his unique marketing tactics are definitely something to admire. He does not fit the mold of many of his pop musician peers, and his marketing tactics showcase that quality perfectly.

Be sure to check out these blogs below to learn more about marketing and other branding tips within the music industry!

Want to learn more about branding in music? Check out our video on the best artists to align with each generation below: