Behind The Sign: How Hollywood Branded Got FLIR In Sicario [Case Study]

Night Falls As The Agents Prepare For Battle

Armed with bulletproof vests and automatic weapons, the Department of Justice soldiers prepare to descend into a small, pitch-black tunnel on the border of the United States and Mexico. Central to the plot of last summer's critically acclaimed Sicario, this scene had the soldiers equipped with another important piece of gear - thermal imaging and night vision scopes from FLIR, one of Hollywood Branded's clients.

So how does a brand manage to become central to an action scene and incredibly important to a film?  In this blog post, Hollywood Branded shares a case study and behind the scenes look into the tunnel scene from Sicario and how our team achieved the placement not just in the film, but as a central part of the cinematography of the movie. 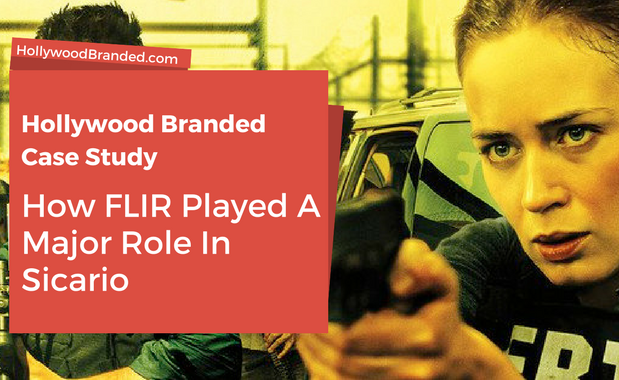 In A Movie As Intense As Sicario, Every Shot Counts

If you haven't seen Sicario, it's an intense drama film that centers around a group of agents tasked with bringing down the violent and ruthless Mexican cartel that has crossed the border and is carrying out violent acts on American soil. The film is filled with thrilling overhead shots of the Juarez landscape, as well as a scene shot completely in thermal and night vision.

In this particular scene, the soldiers have been tipped off that there will be an important trade off in an underground tunnel between the United States and Mexico. The tunnel, however, lies in complete darkness and is filled to the brim with armed cartel members and body guards. The only chance would be for the soldiers to make it would be to use night vision and thermal imagery to take the tunnel. 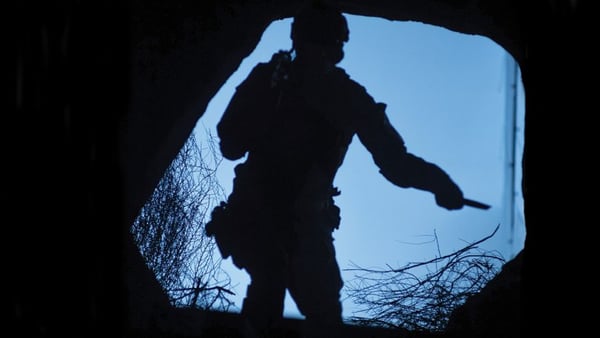 Getting FLIR Onto The Production

Because of our pre-establisehd relationships within the entertainment industry, and our proactive diligence in keeping filmmakers up to date on the clients we work with, when cinematographer Roger Deakins decided he wanted to shoot the scene in thermal, his team for Sicario reached out to our agency to explore the opportunity.

The production sent the script over so our team could review for positive association (and ensure nothing negative would exist.)  when we read this scene in the script, bells went off in the reader's brand agent brain. This would be a perfect place to feature our thermal camera client in the film, and provide a solution the production needed.  A win-win for all!

One of our amazing brand agents (great job, Michelle!) took over from there. It became a back and forth of correspondence between the cinematography team, production resources, Hollywood Branded, and the client.

The production wanted cameras that could film an entire scene in a dark tunnel in thermal imaging - from the DEA agent's point of view. And FLIR had the perfect camera to provide that solution.

The camera needed to film the scene not only had a high cost associated with it, but also needed a FLIR camera operator on hand for training. Our team drew up the proper contractual agreements to safeguard and insure the brand, and once it was signed, the cameras were provided to production! We were steps closer to getting FLIR product placed in Sicario.

Nearly a year after sending the cameras off, the film was nearing release, and as hype around the film built, we were all eagerly awaiting the premiere date. As the first round of great reviews came in from the early screenings, we were excited, hoping the scene would be as good as it seemed in the script.  And that it made it through final edit - as that is not always the case.

The day before the movie was wide-released, some of the Hollywood Branded team were invited to a pre-screening of Sicario. When it came to the tunnel scene, one of the most climactic moments in the film, we happily saw that almost the entire scene was shot using the camera we provided production - nearly ten minutes of the film.

Not only was the camera used, but it added another element to the film, the feeling of total darkness that would not be achievable using standard camera technology and filming procedures. As the end credits rolled and FLIR's logo made an appearance, it was a job well done for the filmmakers, our agency, and our client.

The success of the placement didn't end after the movie was completed. Roger Deakins, a 13 time Academy Award nominee for cinematography was already getting Oscar buzz for the gritty and intense film.

With that Oscar buzz came interviews and, of course, everyone wanted to know how Deakins had shot that brilliant scene in the tunnel. And Deakins credited FLIR in many of his interviews.

This is a quote from an article the Hollywood Reporter wrote about Deakins and the film: 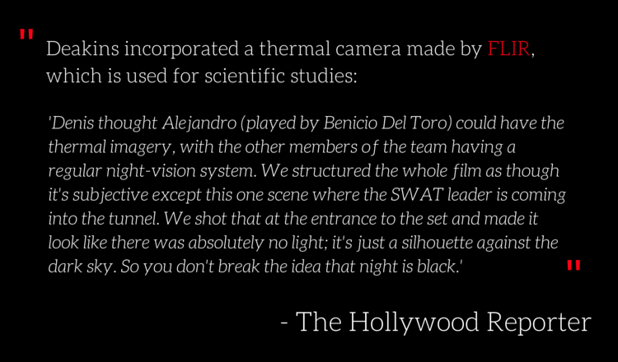 Of course, when Oscar nominations came out, we were not surprised at all to see Roger Deakins nominated for an Academy Award for Best Achievement In Cinematography; and we were elated to share the news with our client.

What followed were various interviews, IMDb trivia that credited FLIR for the tunnel scene, and other press coverage that specifically mentioned FLIR as the camera of choice, which we and the client were ready to amplify.

The way to get the most out of a placement is to use any additional assets that can be created and built upon them to their full extent to promote the brand that received the placement. Read more about how to take those placements to a next level with our article, 7 Ways To Use Product Placement Assets To Amplify Success Onscreen.

Do You Want Your Brand To Be In The Spotlight?

Check out some of our other agency blogs that talk about best marketing practices for product placement and brand integration partnerships:

Have you ever wondered how a comprehensive product placement program works? Do you want to know how to create a promotional partnership strategy with a movie partner? This video will answer all of your questions as it shows the steps and processes taken by Hollywood Branded that lead to your brand increasing both consumer engagement and sales!

All screenshots from Sicario are property of Lionsgate.