Ever since Nike introduced their Air Jordans in 1984, celebrity basketball players have been the inspiration for sneaker styles all over the world as well as an important part of sports marketing. And, after all, what better way to market a shoe made for basketball than by designing it after a celebrity NBA player?

Adding a celebrity to the branding of a product is a great way to market it by using their skills, personality or style to sell the product. Sneakers and basketball stars are a natural example of the perfect pairing of a celebrity to a brand, and there has been no shortage of shoes co-inspired by brands and players. In this blog, Hollywood Branded takes a look at how the pairing of celebrities and sneaker companies leads to sports marketing success,and how specifically NBA players endorse shoe brands. 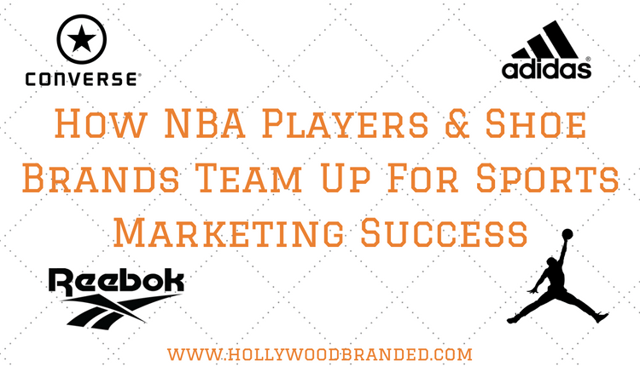 Perhaps the most famous case study by far when looking at celebrity NBA players and brands would have to be Nike pairing with the greatest player of all time, Michael Jordan.

Michael Jordan was an American hero. After leading the Dream Team to Olympic victory, as well as breaking numerous records as an NBA player, and even rallying the Tune Squad to victory over the Monstars in Space Jam, Jordan earned his spot as perhaps the most famous basketball player ever.

Nike saw his potential, and inked a deal with him even before his rookie season with the Cavaliers. And, in 1984, the legendary Air Jordans were launched.

Since then, there have been many reiterations of the original shoe, as well as "Jordan" lines inspired by other players. For example, Carmelo Anthony sports the Jordan Melo M12s, and Chris Paul has his own CP line of Air Jordans.

The brand and its logo are one of the most recognizable in the shoe wear world and continue to grow in popularity, even after Jordan's retirement from the NBA.

Shaq is one of the biggest players in the history of the NBA, and has the personality to match. Originally playing as center for the Magic, Shaq played for several teams during his career and is regarded as one of the best centers of all time.

Over the years, he has been the spokesman for several brands including Pepsi, Gold Bond and IcyHot. But one of his most lucrative endorsement deals was with Reebok. Shaq famously rocked the shoe brand and in 1992 the company released shoes named "Shaq Attacks." However, it was the line "Shaqnosis" that found the most success. 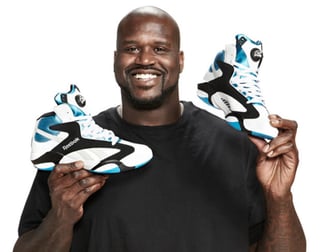 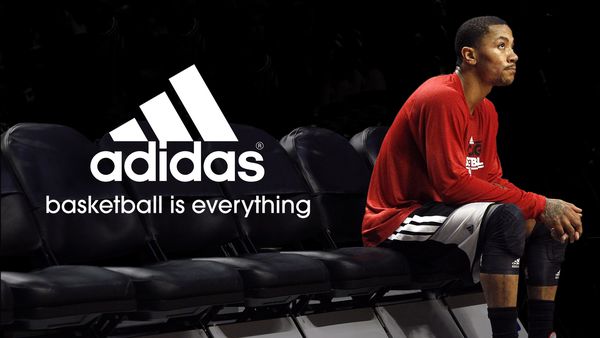 Adidas has had several other NBA stars involved with their marketing over the years including Dwight Howard and Kevin Garnett and is no stranger to sports marketing on the basketball court.

While Converse may no longer be the shoe of choice for NBA players, its Chuck Taylors represent the iconic original basketball shoe style. With short shorts and Chucks on, Erving, also known as Dr. J, rose to fame on the court.

In 1976, Erving signed an endorsement deal with Converse, making him the very first professional basketball player to officially endorse a sneaker. Converse's Pro Leather shoe was his shoe of choice, and a special line of them featured a monogram of his signature in the leather. 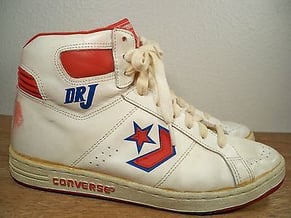 These shoes were dubbed "The Dr. Js" and kicked off the sports marketing tactic of pairing brands with basketball stars. 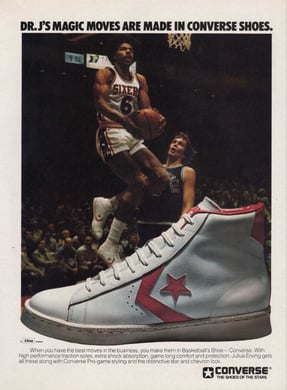 How Can Celebrities Improve Your Sports Marketing Strategy?

Celebrities can have a huge impact on a brand's recognition and popularity, whether by endorsing a product or even investing in one. Check out our blog on Top Celebrity Sports Investors to see what brands your favorite athletes invest in.