Katy Perry hasn't exactly gotten super positive hype for her most recent album release, including singles that debuted to so-so reception and an extremely awkward, very confusing SNL performance. However her latest music video might make up for the shaky start by channeling something her audience loves - the internet.

In the music video, Perry uses fellow celebrities, social influencers and internet jokes to poke fun of herself (and throw a little shade towards Taylor Swift)... and it seems to redeem her odd couple of months. In this blog, Hollywood Branded breaks down all that we see in the Katy Perry Product Placement filled music video packed with social influencers and celebrities, and why it works. 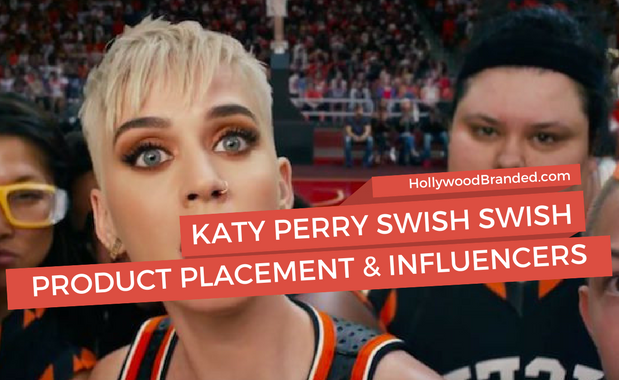 To a good many of us watching at home, this music video makes very little sense. Especially if you aren't 20.  So lets unpack it and break down just exactly how much Millennial and Gen Z pop culture is in this music video.

For the generations who spend much of their day on social media and the internet, this is basically a HUGE cast of social influencers that are immediately recognizable. We are talking MILLIONS of people follow these influencers.  They are "celebrity influencers" in their own right - with no apparent acting, singing or dancing talent.  And this works perfectly for Katy Perry - the generation that understands these jokes is her target audience.

Another internet celeb that is in both the video AND her SNL performance is the Backpack Kid, an internet sensation who got famous simply by dancing strangely.

So why, besides being relatable, did Katy Perry include them in this video?  Because these celebrity social influencers are a motherload of marketing machines.  They SHOUTED FROM THE ROOFTOPS about their experience with this pop star queen.  And helped catapult this video to massive success.

As we've said before, Netflix and SVOD original content are the way of the future. And this video is one giant ad for Netflix original series.

One of the stars is Gaten Matarazzo, who plays the beloved Dustin in Stranger Things. And the main ensemble of GLOW, their new show about female wrestlers, is seen as a cheerleading team on the sidelines.

THIS is marketing that engages. 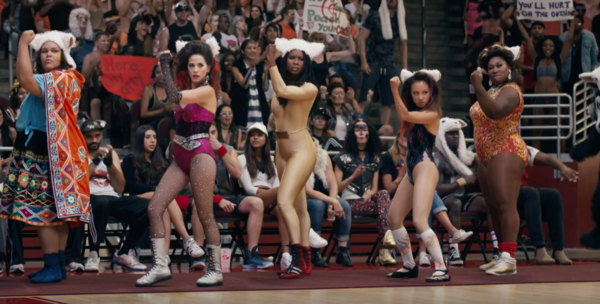 Netflix is constantly expanding their empire and it helps when they show up in huge pop stars' music videos.

Just because internet stars dominate the music video doesn't mean traditional celebs don't make their way in. Molly Shannon of SNL coaches for Perry's team and actor Terry Crews coaches for the other side. We also catch Rob Gronkowski and Jenna Ushkowitz.  All of whom have become quite popular with the celebrity social influencer world, often working and making cameos with those influencers in digital movies.

These familiar faces appeal to all ages and add to the fun of the video.

This video certainly doesn't fall short on the product placement game, but some are more obvious than others.

Just Dance 2018 is probably the biggest product placement, making two appearances on the arena's big screens as the audience dances along.

However more subtle product placement partnerships include the #NuggsForCarter kid at the beginning who won a year's supply of Wendy's nuggets simply for receiving over 18 million retweets. And of course, Terry Crews is the spokesman for Old Spice - a fact certainly not lost on younger generations.

Interested In Incorporating Your Brand Into A Music Video?

For more on integrating your brand into music videos, check out our blog, Brand Partnerships Increase Product Placement In Music Videos, Lyrics.