2016 may have been a wild year for many people, but it was a good one for actor and environmentalist Leonardo DiCaprio. From (finally) winning his first Oscar to releasing his critically acclaimed docmentary on climate change, Before The Flood, DiCaprio will round out the year with a lucrative endorsement deal with a brand not known by most North American audiences - Chienese automotive company BYD.

Chinese brands love Leonardo DiCaprio and other A-list talent, and pay quite a high price tag in order to compete within their categories against much larger brands for the image rights for marketing.  In this blog, Hollywood Branded shares why Leonardo DiCaprio a good brand ambassador option for Chinese automotive manufacturer BYD, whether or not he'll be able to help sell Chinese cars. 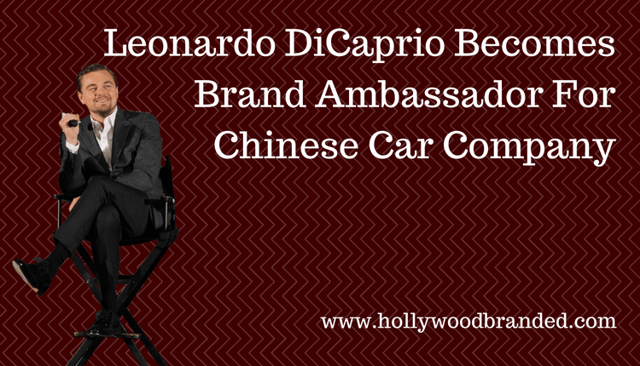 BYD is a Chinese car and rechargeable battery manufacturer whose tagline is, "The Official Sponsor Of Mother Nature." Headquartered in Shenzen, China, the company is widely lauded for its innovations in sustainability and eco-friendly technology.

BYD stands for "build your dreams," and has certainly found success, topping the 2010 Business Week Top 50 Most Innovative Companies.

This makes Leonardo DiCaprio a perfect fit for the company  as brand ambassador. Dedicated to environmental reform and climate change awareness, his ideals and public persona are closely entwined with those of BYD as a company.

Leo And BYD: A Match Made In Heaven

Of course, as one of the biggest celebrity activists in the world, DiCaprio is a fine fit for the brand. However, it is with their new line of energy vehicles that he will truly shine as a brand ambassador.

This new announcement also foreshadows a move by BYD into US markets. While the brand may be unfamiliar to many US consumers, the company has actually manufactured quite a few zero-emissions buses that are in play all over the nations from a manufacturing plant in Lancaster, CA. 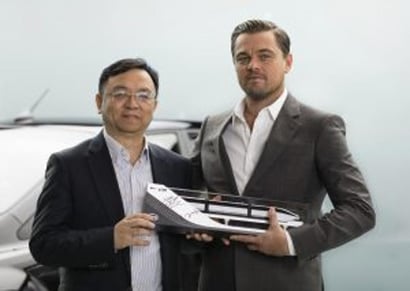 But this partnership also signals a commercial introduction of BYD cars into the United States. Boasting a zero-emission footprint (and now an A-list brand ambassador), the company will likely be very appealing to those who worry about their carbon footprint and the environment - which is a group of people that grows larger and larger each year.

Reportedly, DiCaprio will work with the brand throughout 2017 to highlight innovations and make announcements regarding the brand. In a statement about his partnership with BYD, DiCaprio remarked:

"All over the world people are realizing that cars that run on fossil fuels are inefficient and a major threat to the planet... I am very pleased to be joining an effort to increase the number of clean vehicles on the road in China and beyond."

This is a great example of a marketing campaign that uses a good cause to partner with a celeb and sell their brand. For more, check out our blog post, "Cause Related Marketing Campaigns Getting The Celebrity Treatment."

Could Your Brand Use The Star Power Of A Celeb Brand Ambassador?