Movies Based On Video Games Have Massive Brand Partnership Potential

With a built-in fan base it is no wonder that studios have taken a liking to video games as a platform to build potential blockbuster franchise hits. With their rich backgrounds, universes, and characters, along with tons of die-hard and adoring fans, video game franchises are a popular source material for production companies to turn into big Hollywood movies. Studios have built in promotional partners at the ready with brands who recognize the potential of these proven hits.

Hollywood Branded takes a look at both past and upcoming movies based on video games and how they use creative brand marketing to promote both the films and the games.

Perhaps two of the most popular video game franchises that have been adapted for film are Lara Croft Tomb Raider and Resident Evil, both featuring strong (and very attractive) lead women.

The two Lara Croft films (plus one upcoming) and five Resident Evil films (and counting!) have brought onboard a myriad of brand partners for both product placement and co-promtions.

The most notable brand partnership of the Lara Croft franchise was the massive partnership with Jeep. In the second film, Cradle Of Life, the titular character drives a fully tricked-out brand new 2003 Jeep Wrangler Rubicon. 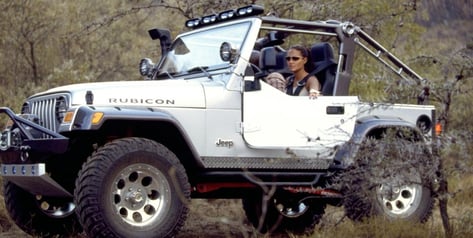 Not only could you see Lara driving the Jeep throughout the film, you could also use a tool on the brand's website to trick out your own Jeep Wrangler - the way Lara's is and buy the movie edition version of the SUV.

With the upcoming Tomb Raider reboot, starring Alicia Vikander as the new Lara, there are sure to be huge opportunities for brands to get on board as well.

Another big winner for brands was the action-fueled Prince Of Persia. To quote a blog post we published in April 2015:

"Prince of Persia: Sands of Time seems to have won the battle for publicized branded premiere coverage. The world premiere for its 2010 release featured sponsorhips by Westfield Londonand Sky Movies HD, likely among a slew of others that may not have been as fortunate to make the tabloid photos. Sprint sponsored a Hollywood premiere event for the film, putting its brand stamp on the thriving action-fantasy bandwagon. Additionally, as this film series corresponds with a video game, tech giant Ubisoft jumped on the opportunity to affiliate with the Prince of Persia name by co-sponsoring a sweepstakes."

Current Adaptations And Their Marketing

The Angry Birds Movie, which will be released May 20, targets a slightly different and younger demographic than classic video game movies, but has huge international appeal and boasts an impressive list of promotional partners. McDonald's, Citroen, Ziploc and Menchie's are among the top brands doing co-promotions with the film.

Hitman was first made into a movie in 2007, but it's follow up Hitman: Agent 47 was released this year and featured a huge deal with luxury car maker Audi. The cherry red Audi RS 7 was impossible to miss throughout the movie as the primary vehicle used by the film's main character. 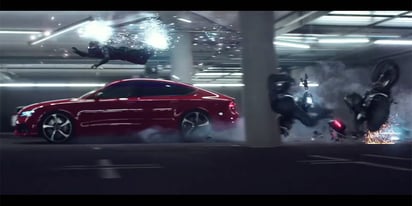 In fact, one trailer for the movie (released by Audi itself) basically doubled as a commercial for the car company itself. Check it out below:

Coming Soon To A Console - Uh, We Mean Theater Near You

Many other video games are slated to be released by various studios in the upcoming year and will no doubt bring a plethora of brand partners on board for promotions.

Warcraft, the film adaptation of the popular online fantasy game World Of Warcraft is set to be released this summer and will be working with Wanda Cinemas to promote and market the film with a heavy push in China. This is a big deal because Wanda recently purchased Legendary Entertainment and is further proving its interest in Hollywood Cinema. It also shows the huge international appeal of this type of film.

The film version of extremely popular game Assasin's Creed will be released December 21st of this year and with stars Michael Fassbender, Marion Cotillard and Jeremy Irons will no doubt be one of the most highly-anticipated films of the Christmas movie season - which means huge brand partnerships will certainly be a big part of the film's marketing as well. 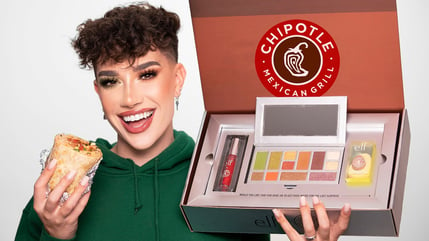 Built In Fans Are Ready To Be Capitalized On

Of course, one of the most obvious benefits of a strategic partnership between a video game developer and the studio making the movie is the fact that they both benefit each other. Movie ticket giveaways with purchase of the video game or discounts on the game with movie ticket stubs are built-in ways to co-promote the game and the film, especially with loyal game fans.

This genre of film - video game turned moved - have mass appeal as well, especially in an international market and are great opportunities for brands to get involved with product placement and promotional partnerships.