For the first time ever, the National Collegiate Athletic Association (NCAA) is implementing new policies that will change the basis of sports marketing. As college athletes gain the ability to engage in partnerships, promotions, and endorsements, brands will have to pivot the way they attract the college demographic. Student athletes have the opportunity to capitalize on their career and bring another dimension to college sports.

Whether it be high potential earnings, localized influencer campaigns, or an increase in competition; there are many beneficial aspects for brands, consumers, and athletes alike. In this blog, Hollywood Branded explores new and upcoming business opportunities as collegiate athletes are able to enter into brand partnerships and influencer marketing. 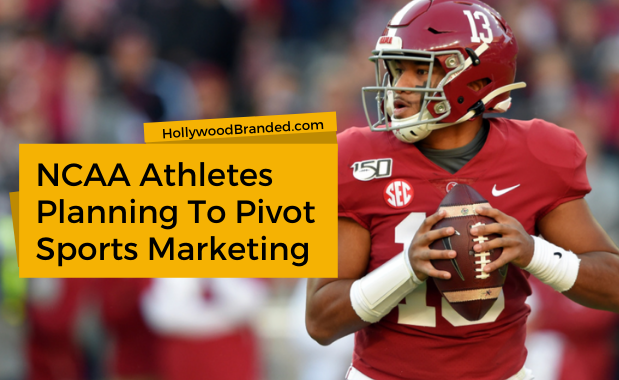 After years of controversy and legal battles concerning whether or not NCAA athletes should get paid, there was finally movement to allow for some change. The Board of Governors motioned to support collegiate athletes in accepting endorsements, promotions and partnerships. Specifically, they will move toward allowing student athletes to earn financial compensation off of their name, image, and likeness (NIL). This could range anywhere from becoming an Instagram influencer to starring in a commercial. This would also allow outside brands and companies to have the opportunity to use collegiate athletes in marketing for the first time ever. So far only Florida, California, and Colorado have written a bill to accept this rule change between 2021-2023. Other states are on their way to doing so. And colleges are worried if their state isn't behind this initiative, as they may have student athletes choose programs other than theirs, where they can make money.  Multiple college divisions are predicted to accept the rules to go into effect by next January in the 2021-2022 school year.

Many supporters of the change previously challenged the NCAA, asking; Why wasn’t this adapted earlier? About 3 years ago Central Florida kicker, Donald De La Haye, was caught in the middle of this legal conflict. He was given an ultimatum: shut down his profitable YouTube channel, in which he makes ad revenue, or quit college sports. Shutting down his channel would leave him with no way to be financially successful on and off the field. Although allowing name, image, and likeness would have been extremely beneficial in past situations like this, we can look toward the future and the many opportunities that will open up. 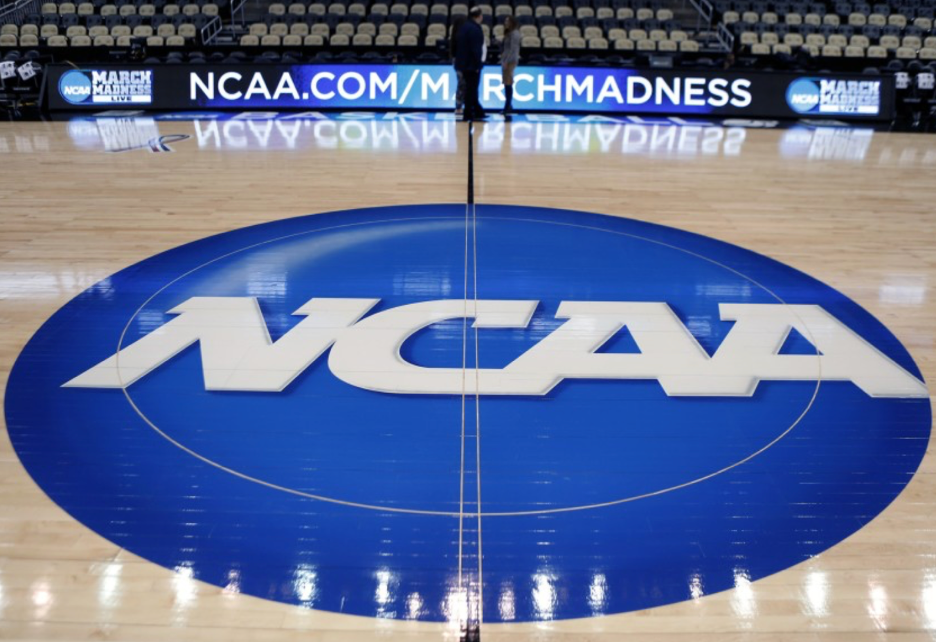 With over 460,000 NCAA collegiate athletes, it is difficult to determine who would be most successful. In terms of platforms, most influencer efforts will be focused on Instagram and Tik Tok, as they tend to take less time to make but have equal monetary benefits. According to Mae Karwowski,  college-age sports influencers can earn an average of $200 to $5,000 per post. But that number really comes down to reach. How much a student athlete makes will be determined on their overall fan reach, and the  amount of content and posts they are doing on behalf of the brand.  It really is dependent upon a Cost Per Thousand formula - so $x for every 1,000 followers. However, it is also important to think of the type of content (whether it be photo post, short video, or long video) that they are making, as that can take time, and creativity.

The most marketable athletes will likely be seen with the greatest following, highest engagement rates, and highest quality of content. Division I athletes in Power 5 conferences will have a greater chance to achieve this success based on the popularity of their programs. More distinguished universities, such as Duke and Alabama, have the national fanbase that allows for larger followings.

Something important to note in this scenario is the athlete does not have to be a top 10 player in the country to be the most marketable. Although popularity amongst fans is heightened by their athletic ability and program success, it is not dependent on those factors. One example of this is former University of Rhode Island Basketball walk-on, Will Leviton. With a following of over 11k, he grew to be one of the teams most notable members. Although he didn’t touch the court for more than a few minutes, his sideline personality and community engagement drew in a large following.

Former Alabama quarterback, Tua Tagovilia, could be seen as the ideal sports influencer for top earnings. At 749k Insta followers, he maintains a 19% engagement rate on all posts. This would have made him an ideal candidate for highly successful endorsements and partnerships. His per-post commission would average about $25,000, easily allowing him to reach 6 figures in a year of work. Here are a few more popular college athletes who could reach high potential earnings through NIL promotions.

Although we see the big-name, draft-worthy athletes predicted to capitalize on these new opportunities, lesser-known athletes have the ability to utilize their local fame. For college students, the names and faces of athletes are recognizable on campus. Many children grow up idolizing their state teams and wear college athlete jerseys everywhere they go. Although name, image and likeness promotions leave large margins for national endorsements, many athletes and brands will benefit more from localized partnerships and influencer programs long after they graduate college.

As Illinois Men’s Basketball Coach Brad Underwood says, “Some people will automatically think: It will be just the stars, but that is not the case, especially for in-state kids”. The ability to use college athletes as advertising material is beneficial for those who thrive off their local popularity. Even though they may be nano-influencers with a following of only 10k, their fanbase may be comprised of the exact locational demographics that brands look for. This could range from restaurants, fitness clubs, clothing brands, and the list goes on. Even now, having the opportunity to teach a sports camp or host an event could allow athletes another creative avenue on social media. Utilizing these athletes as local celebrities can provide opportunities not only for themselves, but for smaller brands and agencies as well.

Being that only Florida, California, and Colorado have signed an NIL bill into effect, it poses major competition for those 47 states who haven’t. The ability to make additional earnings from playing college sports will now become a recruiting factor that athletes look at. So, when a baseball player is deciding between UCLA or Vanderbilt, they might be more willing to choose the California school where they can engage in more endorsements. According to author Thomas Baker, we may even see dominating programs hire “brand coaches” who assist the athletes in building their personal partnerships. The speed in which states capitalize on name, image, and likeness may affect which teams succeed in the conference and which teams gain the most worthy recruits.

Once we see that all states and all athletes have equal NIL opportunities, there will be overwhelming competition to gain those partnerships. In states and areas with many sports programs, both collegiate and pro, athletes are going to be fighting for opportunities. According to Teddy Greenstein of the Chicago Tribune, “Smaller schools lose out as players at bigger schools get more notice and larger opportunities” The big fish will be the winners especially in towns with no other sports teams. The small fish stand to lose, especially schools like DePaul and Loyola who are out-ruled by the dominance of professional sports in the area. 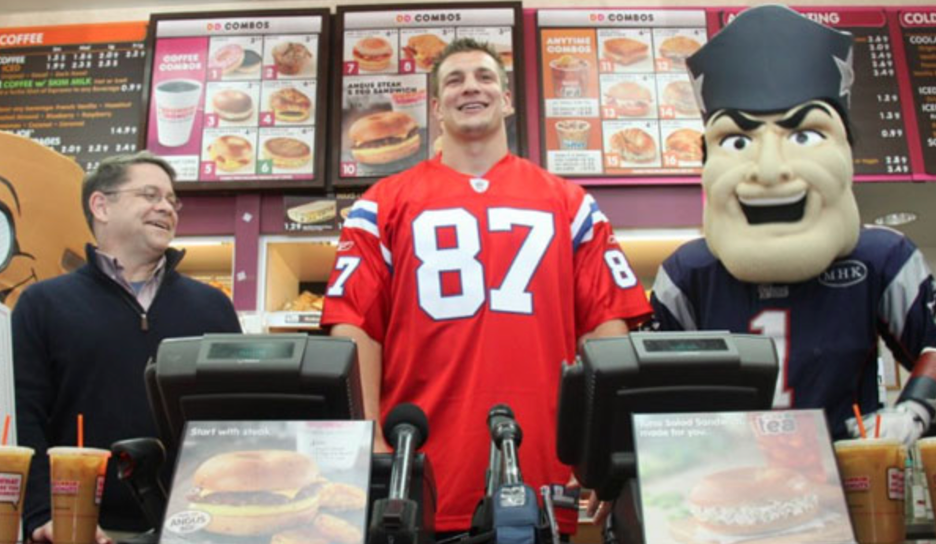 What Should Brands Look For?

In working with college athletes in the near future, brands should be aware of their audience and potential reach to engage a younger-age demographic. Potential outreach could be toward local followers, audiences with similar interests as the talent, or fans of the larger stars.

According to author Kristi Dosh, “When brands look for an endorsement, they should rely on the popularity and affiliations to help elevate the athlete across brand-owned marketing channels and public outlets.” Higher-profile athletes are a great way to market nationally to a younger generation. The smaller ones can be financially beneficial for local brands. Tyler Farnsworth, founder and chief growth officer at August United, says his agency would generally be looking to partner with student-athletes who have at least 10,000 followers on Instagram. In any scenario, potential partners need to find athletes who match their company’s message and demographic.

One highly discussed drawback of utilizing collegiate athletes in the future is their marketability after college. Because only 2% of them continue on to a professional sports team, this leaves a large number of students who will lose traction and following after graduation. In some cases, yes, college sports can be a platform for career opportunities. However, agencies and companies should focus promoting with athletes only during the duration of their sports career. Marketing experts encourage brands to use short-term contracts as the most beneficial option. It provides less risk and less contingency on athletes’ post-college plans. 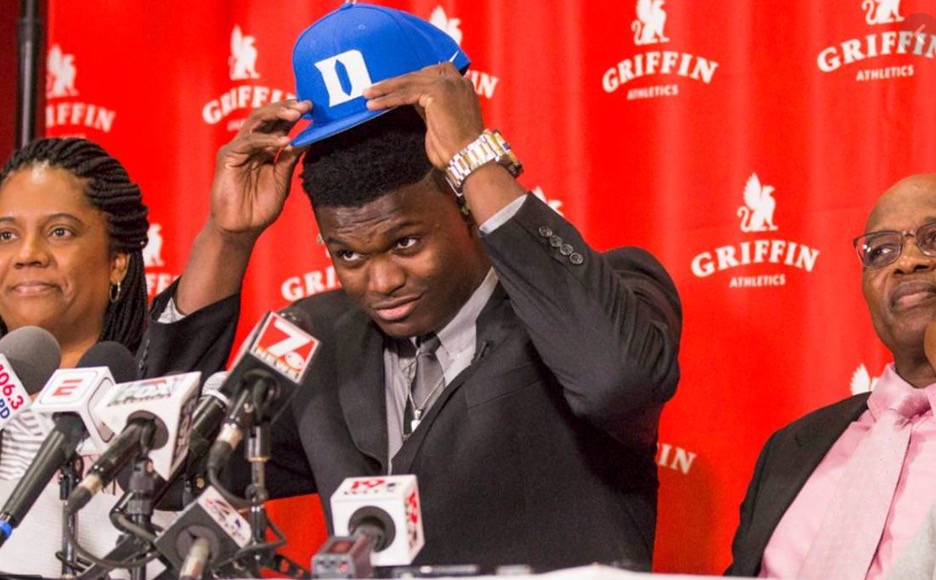 As stated earlier, 98% of college athletes will not play after college, so it is important that they can capitalize on their career while they have the chance. This 4-5-year opportunity is all they may have. Even those star players and Heisman winners are not guaranteed successes that could lead to a pro career. The future of college athletics is more than playing a sport; now it is a chance for students to capitalize on their short-lived fame.

In enabling the NIL ruling, brands have an easy and simple avenue to reach the younger-age, college demographic. NCAA athletes are the perfect combination between B-list celebrities and relatable students. Their growing influence on the sports industry has already proved to be monumental. Now, adapting brand partnerships will allow them to use their platform to provoke influence on their loyal fan base. In the next few years, the number of partnerships that can come of the NIL regulations will be huge on both sides. There are many new opportunities emerging for brands, and a new beneficial avenue to reach the college demographic with ease.

Check out some of our other blogs highlighting smart ways to utilize influencers and brand partnerships.

Want to learn more about other how to successfully leverage influencers to create content for your brand?  Enroll in our Influencer Marketing School to get your certification. Just click below!