Not Only Do Audiences Love Scary, But Brand Marketers Should Too

As we discussed previously, the horror genre is on the rise. Not only do scary movies bring in big audiences to the theaters, but due to the low costs generally involved in creating them, the ROI is staggering.

This news alone is great for brand marketers, but now, research conducted by Lea Dunn at the University of British Columbia’s Sauder School of Business should make these brand marketers even more enthusiastic about investing in horror films. According to the study, brands are more remembered when a person is scared, and even more so when the viewer feels alone.

In the experiment, participants were exposed to various brands under different emotions: Excitement, sadness, humor, fear, neutral, etc. At the end, these individuals were surveyed in order to determine the resulting sentiment toward each brand.

The study proved that when respondents were scared, they developed an increased emotional attachment toward surrounding branded products, resulting in a higher recall rate and a more positive association.

Why? The emotional instinct a child feels to cling to a teddy bear when he/she is scared is the same type of instinct all humans share – whether it be to potato chips in-theater, or even just ten seconds, according to the survey findings, of visual brand recognition on-screen.

Humans naturally cling to other humans when scared. But while watching a movie at the theaters, when you’re typically not conversing with anyone and are fully engaged in the movie screen in front of you, this counts as feeling alone.

What this means it that brand marketers who previously shuddered at the thought of horror films should embrace the genre – especially with the millennial demographic – to gain an engagement factor that will strongly influence future brand sales. 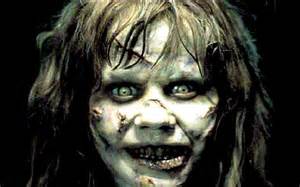