If you're like us, you've been glued to the television watching nations from around the world compete for the famed Olympic medals in Rio De Janeiro. With around-the-clock coverage, you can tune in at any point in the day to watch the games - and the inevitable commercial breaks which primarily center around Olympic atheletic celebrities of past and present.

But here's an interesting fact - if a brand is not an Official Partner to the Olympics, at the cost of millions upon millions of dollars - then it is illegal to have a current Olympic athlete featured in the commercial spot.  Or even a social media post.  In this blog, Hollywood Branded takes a look at how Olympic atheletes take center stage in celebrity endorsement ads featured during the 2016 Rio De Janeiro Olympic Games. 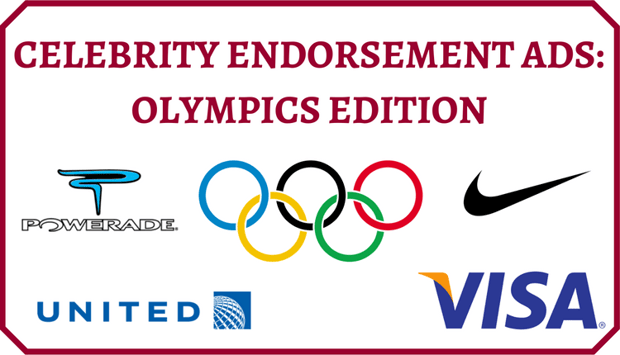 United Airlines - All Aboard Team USA

The US rowing team uses the moving walkway with oars as relay runners pass off boarding passes. Pole vaulters and gymnasts hurdle their way onto the plane. Yet as they all take their seats on a United Airlines flight it is clear they all have a common goal - to win big at the Olympics.

Check out the spot:

Team USA's first transgender athlete to go to the Olympic takes center-stage in a riveting new spot from Nike.

The commercial entitled, "Unlimited Courage" features the Olympian running, training and biking as the narrator asks questions like, "How did you know you would be fast enough to compete against men?" and "How did you know they would even allow you to compete?".

His answer to each of these questions is "I didn't." When asked at the end of the commercial if he ever wanted to give up he answers, "Yes. But I didn't."

The commercial not only appeals to our pride as a nation during the Olympic games but our heartstrings as we watch a man succeed against all odds. Check it out:

After taking a particularly nasty knock to the head, a dazed Shakur Stevenson, ears ringing flashes back to his childhood. His mother aides him with a bloody nose.

She tells her son, "They ask me how I can watch you fight. I tell them, 'That boy's from Newark. He's been fighting his whole life.'" We return to the ring where Stevenson, drinking some Powerade, recovers and retakes the ring.

The commercial is short but powerful, showing both the power of the athlete and his humble roots.

Visa - The Carpool To Rio

Team Visa is a group of Olympians chosen by the massive credit card company as the face of their brand's Olympics campaign. What makes this ad different is that while Visa is an American company, Team Visa as well as their TV ad feature athletes from all over the world.

This ad catches viewers attention as it celebrates the gates as a whole, uniting nations behind the 2016 Olympic Games. The fun and lighthearted spot captures the vibe of the entire event itself.