The New App That Has Huge Brand Potential

If you've been noticing people wandering around your neighborhood, phone in hand, you've caught on to the new app that has swept the nation by storm - Pokemon Go.

In fact, within three days of its release, the game app had surpassed Twitter in the number of users. Twitter. Let that sink in. And with that many eyeballs, there are so many opportunities for brands to partner with the app to market themselves. And so many more to come.  In this blog, Hollywood Branded looks at the phenomenon of Pokemon Go and the brand partnership potential that may be possible with this insanely popular app, and localized mobmile marketing.

What Is Pokemon Go?

Pokemon Go is an Apple and Android app which allows users to walk around and collect Pokemon characters, based off of a 1995 franchise that included collecting cards of various characters with different powers that could battle other players.

The widely popular card game went out of fashion for most people after a few years in the spotlight... yet has become the biggest smartphone sensations since Snapchat - with the Pokemon Go app.

Users travel around their local area to catch various Pokemon, gaining more points for rarer creatures and collecting points for their "teams."  And this game is NOT just or kids.  Take a look around the next time you are in a public area - and see all of the twenty, thirty AND fortysomething year olds wandering around blindly holding up their phone. 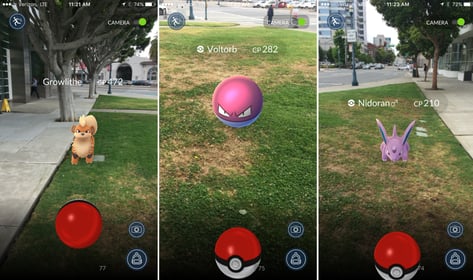 So How Can Brands Use This To Their Advantage?

Because the app uses your phone and GPS to help you locate various Pokemon characters, your local business or storefront could transform into "Pokemon Gyms" (where trainers go to train and battle other teams) as well as "Pokestops" where players stock up on supplies.  And those supplies mean something - as the user can get them from your stop for free, versus actually paying hard cash dollars.

Obviously, this is a huge opportunity to monetize this incredible game. If your business happens to be lucky enough to be a stop in the game (you can make it happen on purpose too), make sure to open up your store and be welcome to those playing the game. 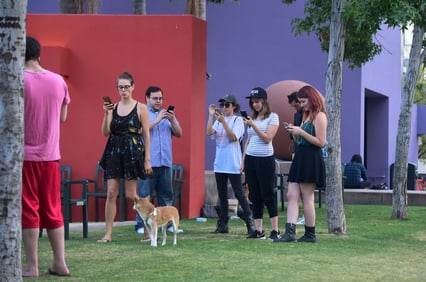 If they collect a particularly special character there, they may be more apt to spend money in your store - as celebration or as a thank you.

Lures - What Are They And How Can You Get One?

"Lures" are a feature in the game which users can purchase to cause more Pokemon to be in your area. This is great if you want more in your neighborhood or front yard... or say your restaurant or small business.

In the app, all you have to do to get a lure is purchase

On top of this, you can capitalize on your brand being near a Pokestop or gym by creating a social media post about it and catering to fans inside the store. 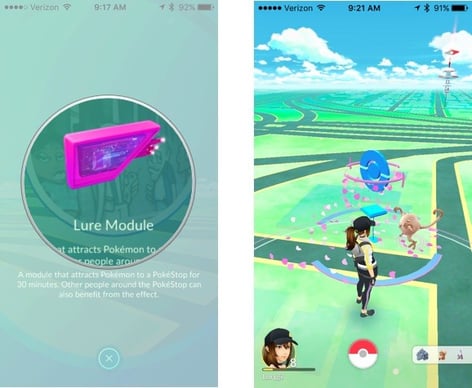 If the trend keeps up - which it's looking like it will - there's no doubt brands will be able to become a part of the Pokemon Go craze. In fact, we believe it could become similar to the way brands are using Snapchat to promote their image.

In fact, according to the company's CEO John Hanke, it won't be long before advertisers will be able to pay for "sponsored locations" which will allow brands and business to have direct influence on their Pokemon traffic.

However, until the app has a direct integration opportunity, brands can capitalize on the craze with their marketing and image.

We think the game - and local mobile marketing in general - is the future of marketing.  You can't find a more engaged player - and having your brand be part of this world truly will create some strong brand loyalty and interest.

How Can You Spice Up Your Marketing?