The Social Media App That Is Becoming An Original Content Leader

Snap, Inc., known most commonly for its photo-sharing app Snapchat recently went public.  That is, they began trading shares on the New York Stock Exchange, taking a step and making it abundantly clear they plan on continuing to grow as a media company.

Now in a recent announcement, Snap, Inc. announced their plans to begin producing television-like content within their mobile app setting for their massive young audience.

In this blog, Hollywood Branded looks at Snapchat's latest foray into original content and what this means for brand marketers.

Over the course of the last few months, content giants like Turner, A + E Networks, NBCUniversal, Vice Media, Discovery, BBC, ABC, ESPN, Vertical Networks, the NFL and Metro-Goldwyn-Mayer have all penned deals with Snap to produce original shows. And Snap is in talks with CBS and Fox as well, according to industry insiders.

We've already seen Snapchat content from many of these companies via their Snapchat "Stories," but Snap TV will be a completely different beast. 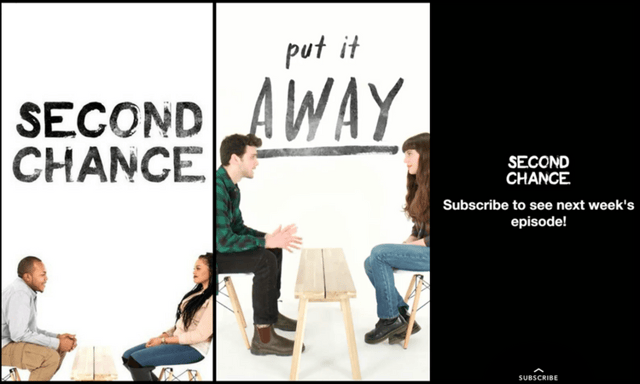 In our first peek at Snap TV, A+E realeased "Second Chance," a story told in short bursts about a real-life couple dealing with why they broke up. The story is told like a reality show, in interview style with videos of the couples talking. However, what makes this different is the timing, format and graphics. The style fits the style of Snapchat, while the content is more like a TV show.

At the end is a preview for next week as well as the option to subscribe to the story. And while A+E's show is the only one up at the time this blog was written, tons more are sure to follow. Judging by the amount of media companies working with Snap TV, there will be many many more. In fact, BBC announced recently that they will be bringing six episodes of Planet Earth II exclusively to Snapchat.

What This Means For Brand Marketers

Snap TV is just another example of how technology is changing the way we consume media and content. And these changes aren’t slowing down. However this is great news for brand marketers who want to stay ahead of the curve and stay involved with original content.

For more on how brand marketers should use Snapchat to their advantage, check out our infographic, Brands Should Know How Snapchat Is Being Used.