Ikea does plenty of entertainment marketing. From their extensive placement in Deadpool to their recent influencer marketing campaign on Snapchat, the Swedish DIY furniture company has certainly found success marketing their brand through Hollywood and social media.

However, the brand received an unexpected placement from arguably the biggest show on television, Game of Thrones, after their costume designer revealed that capes from the show were made from IKEA rugs. This dispells the myth that you have to have a logo appear in order to make sales occur. In this blog, Hollywood Branded looks at IKEA's unlikely Game of Thrones product placement and how the brand capitalized on the product placement moment. 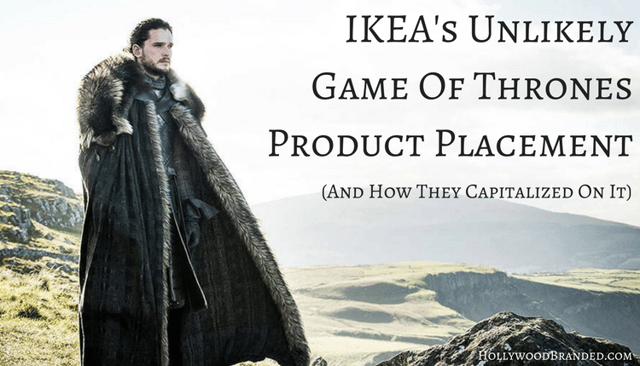 The Biggest Show On TV Uses IKEA For Costume Design

Last year, it was revealed in an interview with Game of Thrones's costume designer Michele Clapton that the crew often uses IKEA rugs for costumes for characters like Jon Snow and the members of the Night's Watch. “These capes are actually IKEA rugs,” Clapton said. “We take anything we can; we cut and we shave them and then we added strong leather straps. I want the audience to almost smell the costumes.” 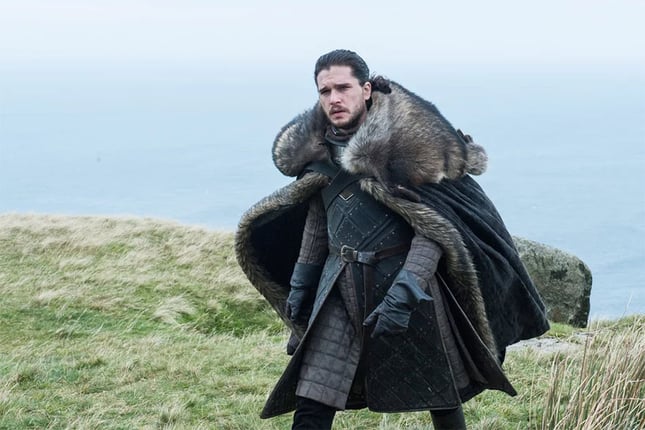 After working them over a bit until they fit into the Thrones universe, the costume crew turned them into part of the most iconic show of our current time. And in a show that can't include obvious product placements, this is massive for the brand. However it wasn't until recently that the internet went absolutely nuts over it.

All because IKEA took an action which became the most important part of their inclusion in the show - how they capitalized on it. There are many ways a brand can capitalize on their product placement, which we discuss in this blog post: 8 Ways How To Use Product Placement Assets To Amplify Your Brand.

How IKEA Amplified Their Placement

As social media went nuts over discovery the news, IKEA decided to capitalize on their placement as much as they can. They published a how-to on creating a cape in their signature DIY style. They then published it on social media - one of the best ways to amplify a brand placement, especially when logos or branding are left out of the show. 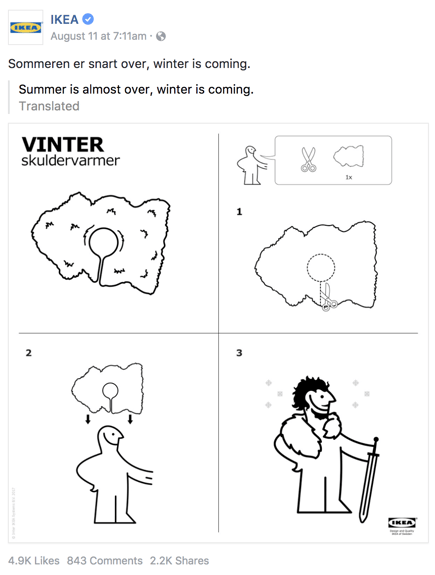 While the rugs are flying off the shelves - at $79 a pop - what's far more valuable is their exposure and the social media frenzy surrounding it.

We have a feeling Halloween costume do-it-yourselvers will be making some Ikea purchases.

How Can Product Placement Help Your Brand?