Why Brands Benefit From Product Placement in TV Pilots

The broadcast TV industry has an 88% failure rate when it comes to creating TV shows that will last longer than a single episode - not to mention a single season. With 90 scripted pilots paid for by ABC, CBS, FOX and NBC, only 41 were picked up to continue as a series.

That series order may mean 6 episodes, 13 episodes or a full season of 22 episodes. And of those 41, only 11 will return this year for a second season. This means that 88% of the 90 pilots were either never seen on air, or could not get an audience engaged enough to meet advertiser minimum requirements.  In this blog, Hollywood Branded explains why brands benefit from product placement in TV pilots, and why a brand should ‘risk’ it versus holding out for a ‘sure thing’. 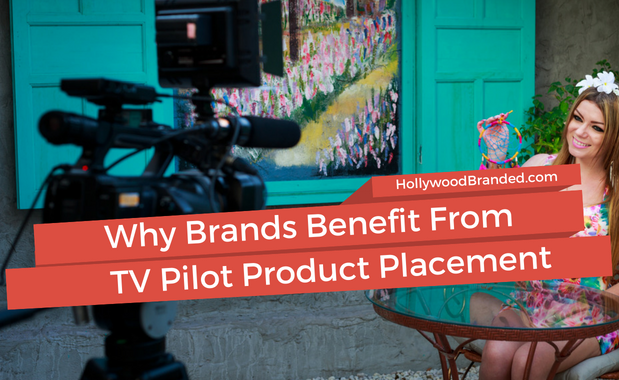 How A Pilot Is Born

As an example, for the fall 2015-2016 TV season, there were 84 pilots in the contender race for being picked up. That’s a budget of over $800 million dollars being spent by TV networks to test a storyline concept, and to see if advertisers they are selling to will bite. Pilot season is strictly for advertisers – there is no other reason it exists. And for the same reason, the lack of advertisers is why Amazon and Netflix are able to skip pilot season and go to full episode orders.

Networks either craft their own ideas from teams working for them or hire story ideas created by third parties. They then gear up a production company to produce the idea – and cast some of the biggest talent they can find to take the lead roles, in the hopes that the story idea plus casting will drive advertisers to commit to purchasing millions of dollars’ worth of commercials around the content. Only a single episode is committed to, and a “Pilot” is born.

Depending on the production, the pilot may have a chance to air before being put into the agency pitch rotation. Typically, that only happens if the show is a potential spinoff of a previous hit – such as 2015’s Criminal Minds: Beyond Borders – which is what is known as a “backdoor pilot”.

In this case the pilot is filmed by the production crew and airs as part of the Criminal Minds original series.  Advertisers are roped into buying it because it's a similar time block on the hit series it's being spun from, and not a big risk.   If the buzz is big enough, and if people like it, well… it will likely get a life in the following season on air. 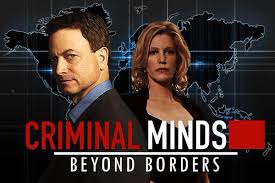 For all the other pilots, the future is far less certain. The pilot will be tested by consumer marketing departments for how it performs with sample audiences. It will also be shown one-on-one to large advertising agencies to get their early buy-in.

Then in April or May of every year, the networks participate in a week of pitching to advertisers in New York City. Each network gets a morning or afternoon time slot to literally dance out their popular casts, and debut their chosen new shows that they have decided are ‘advertiser friendly’.

These chosen shows will have typically only have up to a 6 episode pick up - sometimes only 3. The network wants to get them on air, see how they perform, and make sure their advertiser partners are happy, as the last thing the network wants to do is have to make good on guarantees given during the commercial sales process.

Some shows may have such word of mouth that they get a 12 or 13 episode pickup, but rarely does a full season commitment of 22 episodes occur until after the show has debuted, and all parties contented to see true potential in consumer viewing.

Why Participate In Pilots

So why should brands participate through placement in these TV pilots where so many likely won’t make it on air? Well, because the upside is just so compelling.

By providing product to a prop master, set decorator, stylist, or transportation coordinator, the brand is investing in its own potential future on screen. Hollywood is all about relationships, and scratching someone else’s back by making their life easier to get what they need on a not-so-sure TV show yields results in the future when the brand is remembered and the favor returned.

Why Productions Use Brands On Screen

Brands appearing on screen help make the content more true to real life. Productions have limited budgets to spend, and product placement not only helps the production save money for other items to make the content better, but also provides them with a quick and easy way to get cleared product on air (even more so with entertainment marketing agencies who have roster clients).

On one hand, the production could go to the store, buy a product, and slap tape over the name (or something a little classier, like changing 5 of the 12 letters to “Greek” the brand). Or they may have to take (a lot) of time to track down the brand point, share the fact that they are interested in having the brand in the TV show, provide education to a point who may not be familiar with the process, and coordinate getting the product shipped. Productions generally prefer working with product placement agencies as they make the entire process quick and turnkey. They have clients at the ready, they know the legal paperwork requirements, and they can get product out literally the same day if needed.

The Real Relationships Are With People

The reality is, TV shows come and go, but those people working on the production crew - the producer, director, stylists, prop masters, set decorators and more – are in the entertainment world for their entire career. When they are on a show that is at the top of the charts, brands come running, eager to provide product. But when they are on shows that are not known at all, and that might not even see the light of day, brands can often be resistant to participate. It’s in these moments that relationships are forged, and favors created that are leveraged and payable later – often that same year when the individual moves on to work a production that has been picked up after the network upfronts.

Make Your Brand A Star

TV makes stars – both that of celebrity ilk as well as brands. Having your product featured on the set, and in the scene of a TV show, is a guaranteed way to engage consumers and create conversations. But many brands waver about this participation in TV pilots – despite the possibility to strictly loan product to the production versus gift it forever to never be seen again. To ensure your brand’s success, start creating relationships that will last, and lend a prop master a helping hand.

Are you interested in integrating product placement into your entertainment marketing mix, but simply don’t know where to start? There is so much more to product placement than you may think,  and we can help educate you with this detailed e-book, our Product Placement & Promotions 101 guide!  Download our e-book today to start learning more!