With the success of the number one show The Walking Dead, which AMC has renewed for another season, it is no wonder that we’ve seen many a zombie imposter this Halloween. Inspiration for many other spooky costume ideas have come from some of the top TV shows – Breaking Bad, American Horror Story, Dexter… – all very dark in nature.

Fright At The Box Office

Some of this year’s most profitable films, happened to come from the horror genre: The Purge, The Conjuring,and Insidious: Chapter 2. More impressive than the fact that these films brought in big numbers is what little money they needed to make them in the first place. For example, this year’s The Purge debuted at number one at the box office and has grossed $64.5 million. It’s production budget? Just $3 million.

What Does This Growth Within The Horror Genre Mean For Brands?

In the past, brands have been hesitant to attach their name to horror films. And today, scary movies have taken an even more gruesome turn: bloodier, gorier, and more twisted.

Yet brands are much more willing and eager to work with such productions due to a significant commonality these horror films share: Their young, male-driven audience.

The young male – from teen to 35 – is often elusive. They don’t sit in front of the television set watching comedies and dramas as much as they are sitting in front of their monitors playing video games. But they are sitting in theaters watching their favorite horror films – and then re-watching them twenty times over at home after DVD release. And having the opportunity to be front and center in a starring role in that movie? A golden opportunity to influence and drive brand sales.

This is why so many brands are willing to make exceptions to their typical marketing practice of making sure content is clean and wholesome. Scary movies reach a very specific audience, and with appearances in horror productions from the Paranormal Activity franchise, to recent zombie apocalypse thriller World War Z, big name brands are capitalizing on this profitable marketing strategy. 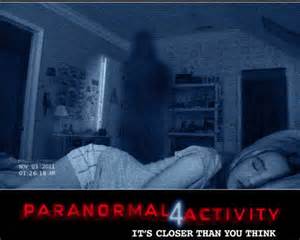