The Miley Cyrus Effect: How Does Celebrity Controversy Impact Brands?

Since Miley Cyrus’s scandalous MTV VMAs performance, it seems that talk of the star has been incessant. From the major news networks to social media, it seems impossible to get away from the topic, regardless of the fact that it happened nearly a month ago now.

It is undeniable that the young singer's behavior, which most currently consisted of a hysterical meltdown while performing at the iHeartRadio Music Festival this past weekend, has attracted attention.

Her VMAs stunt set off an absolute frenzy in the Twitter-sphere with over 300,000 tweets per minute. Soon after, her next released single “Wrecking Ball” went to number one in the U.S. and the music video broke the Vevo record previously held by Cyrus herself.

But how does the nature of this attention affect brands?

It was rumored that Cyrus lost out on her Vogue cover opportunity as a result of her racy VMAs performance. Similarly, The Teddy Bear Fund was less than thrilled with the singer’s on-stage collaboration with their cuddly, childhood icon at the VMAs. 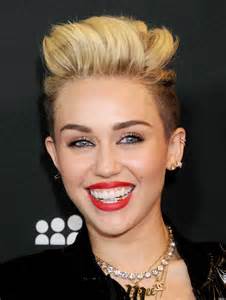 Though it appears that Cyrus’s current public image is more negative than positive, one thing is for sure: If it’s Miley-associated, it will get numbers.

While Cyrus may have her fair share of haters, she still has die-hard fans: When the former Hannah Montana star appeared scantily clad on the cover of Cosmopolitan’s March 2013 issue, she urged her 11.9 million Twitter following to push her cover to the center of newsstands, and received an overwhelming response.

So is endorser following really more valuable than endorser image?

The lip balm brand EOS appeared in Cyrus’s viral “We Can’t Stop” music video. She is the cover girl for Harper’s Bazaar October 2013 issue to be released September 24. Time will tell what the result will be for these brands, but based on the past non-stop-Miley month, one can only assume that consumers, whether naysayer or supporter, will eat it all up.