Three Reasons For The Success of “Fifty Shades”

The Fifty Shades trailer earned the spot as the most viewed of the year with 36 million views in less than a week. The film itself was a wild box office success, and the next film in the series will doubtless reign in popularity. Not only have the books sold millions of copies, but the first movie passed the $500 million dollar mark at the box office according to Deadline.  We take a look at what made this franchise so successful.

1. Women are a Valuable Consumer Group

So far this year, the summer blockbusters have not performed as well as the industry had hoped. The Hollywood Reporter attributes this to the fact that Hollywood is catering to young guys to rule box office sales. But with films like Transformers: Age of Extinction and Amazing Spider-Man 2, both of which skew male, females as a target market –half of the population – are being ignored.

As pointed out by Jezebel, moms and girls helped turned Frozen into one of the greatest box office successes ever - the film is the 5th highest grossing film of all time with $1.27 billion. Similarly, girl power brought Disney’s Maleficent's box office to nearly $670 million, more than any other film aside from X-Men: Days of Future Past. Another film that targeted younger girls was The Fault in Our Stars, which also performed phenomenally at the box office.

Women are typically the decision makers when it comes to heading to the theaters, whether they’re deciding which movie to see with their significant other or with their families. Fifty Shades of Grey opens on Valentine’s Day, but many predict that it will be more of a social event with girlfriends than a romantic date night-type of movie.

With a script created based upon the content of a book, especially one which has already proven to garner high consumer interest, studio amps up the marketing dollars to the already established fan base. Even more attractive to the studios is if a book has been on the New York Times Best Seller list, as this means that it has likely already developed strong national, even global, readership.

The Fifty Shades book series by EL James sold more than 100 million worldwide, and has been translated into 52 different languages.

Lynn Comella, gender studies professor at the University of Nevada Las Vegas, believes that the film will be a huge success at the box office despite the fact that they’ll be choosing to view it in public as opposed to the privacy of reading a book. Her prediction is based on the reaction to the book she saw in adult stores and interest she believes lies in the explicit scenes which predominately appeal to female fans.

Female interest is what fueled the major success of the book series. “I think people who read the books, and enjoyed them, will be the first ones in line,” says Comella. And those same people were likely the ones replaying the trailer over and over.

As if the franchise itself wasn’t buzz worthy enough, enlisting the talents of Beyoncé for the music for the trailer and on the soundtrack was a brilliant move.  The day of the trailer release, the pop star shared the teaser on her social media channels.  With over 14 million Instagram followers, 13.5 million followers on Twitter, and more than 63 million likes on Facebook, Beyoncé clearly has major influence.  In a time where celebrity social media followings are taken highly into consideration, Beyoncé couldn’t be the more perfect choice.

Not only does she have a large following, but a following that is extremely enthusiastic and willing to engage.  Artists are still trying to replicate her latest album release strategy - by announcing the surprise album drop via social media, Beyoncé’s self-titled album sold 828,773 copies in just three days, shattering iTunes sales records.

Beyoncé’s recent release of material more sexual and explicit in nature has become widely accepted by women and is being considered as empowering. That same female target market aligns perfectly with what appeals to the Fifty Shades franchise.

50 Shades Of Anticipation That Led To BlockBuster Success

Not only was there a huge following and interest, but enthusiasm to engage from consumers. Fans of the book were emotionally invested in every bit of news revolving around the film, from casting that led to a petition to change the male lead, to the music created for the movie, to the trailer released last week.  It will be interesting to see how excitement continues to build up as the film premiere approaches. 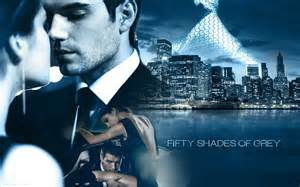