Space Jam: A New Legacy should really have been called Space Jam: The Film We All Needed After The Craziest Year We’ve Ever Had. Releasing both theatrically and on HBO Max for the first 30 days of its premiere, the movie proved to be both family and COVID-friendly. The film was super fun and entertaining, which is why it’s no surprise that the accompanying brand partnerships were equally fun and entertaining. They were creative and some of them truly out of the box – like the $100,000 watch.

Though the film is competing with some major summer blockbusters (Black Widow, Suicide Squad, Snake Eye: G.I. Joe Origins), it’s tough to beat the combination of LeBron James and a 90’s classic riddled with nostalgia. And from a marketing perspective, let us tell you that Warner Brothers has been BUSY. Poised to release in 2019, thanks to traditional film delays combined with COVID, the studio had even more time than usual to bring partnerships to life. The film has over 200 brand collaborations supporting it! Below is a sprinkle of some of our favorites. In this blog, Hollywood Branded takes a dive into our favorite brand partnerships with Warner Brothers’ Space Jam: A New Legacy. 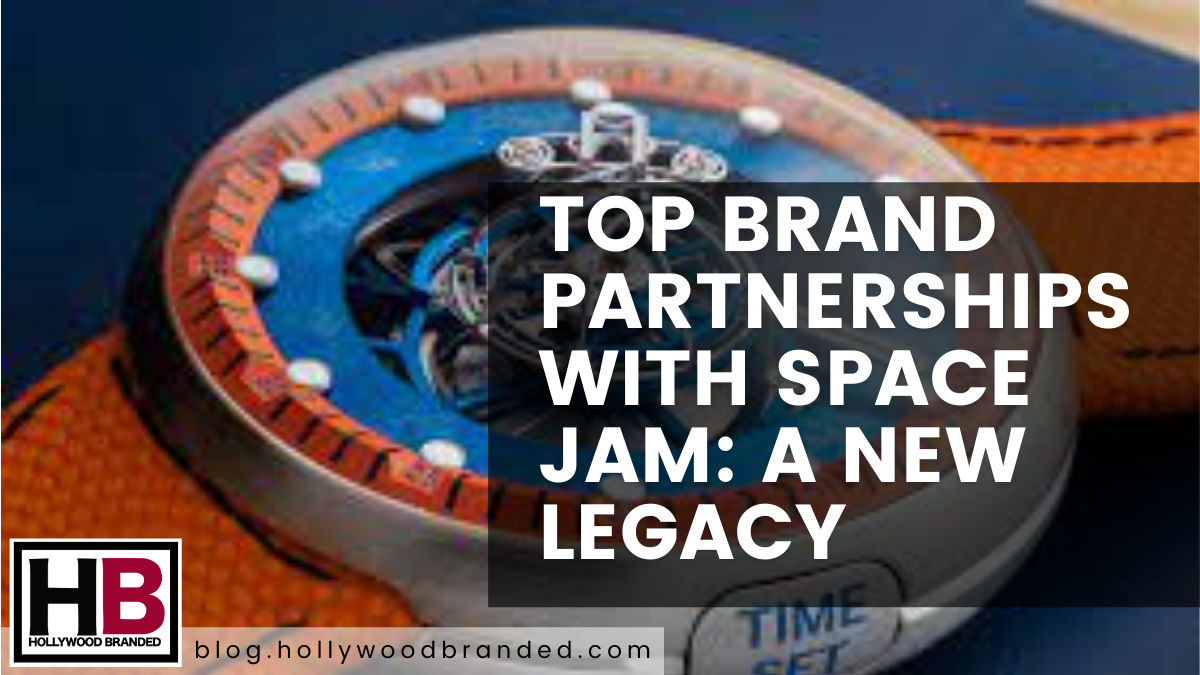 Nope. We were not kidding about the $100,000 watch. The timepiece comes from the fairly new, luxury streetwear watch company, Kross Studio, founded in 2020 and based in Vaud, Switzerland. Extremely limited edition, only ten of the piece were created. Coming in a special boxed collector set and produced completely in-house, the 3 Hz KS 7'000 caliber watch has a 5-day power reserve that’s placed in the center of the movement. The brand has called it the Space Jam Tourbillon.

If you look closely at the watch, you’ll notice some amazing gems. For starters all of our favorite Looney Tunes have made an appearance - Bugs Bunny, Lola Bunny, Sylvester the Cat, Tweety, Marvin the Martian, Daffy Duck, Yosemite Sam, Taz, Speedy Gonzalez, Road Runner, Wile Coytote, Granny, Elmer Fud, and of course, Taz. The hour hand transforms into a free throw lane or “key” (for those none sports peeps like me, that’s the outlined area on a basketball court that surrounds the basket). The back of the timepiece features both the Kross emblem and the film’s iconic title logo. 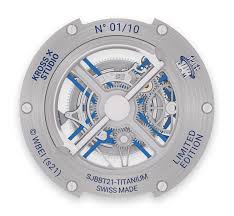 The back of the timepiece.

Speaking to Forbes about the partnership, one of the brand’s co-founders, Marco Tedeschi said, “We at Kross Studio have been fond of the Space Jam universe since we were kids, and the film shows how a team of unconventional partners unites to achieve a common goal. This is something that our brand does with each partnership.” We’re excited to see what comes next from this Avant Garde brand.

Yes, you read that right. In addition to of course boxes of basketball and bunny-shaped versions of the pasta, Kraft Mac & Cheese created a co-branded adult pajama onesie. Not for sale, the brand gave away 500 pairs of “Space Jammies,” along with the co-branded boxes to select fans who entered their personal information on a special website.

This partnership is no surprise as Kraft partnered with the original Space Jam as well. The at-home release with HBO Max is an added benefit to a brand that relies on at-home dining, making the co-branded PJ’s an especially great fit. The partnership was announced 9 weeks before the film’s release, giving fans time to receive their pajamas. Kraft’s brand activations lead, Maya McDonald, said it best, “Through the comfort of jammies and our deliciously cheesy mac & cheese, watching ‘Space Jam: A New Legacy’ at home when it premieres will be a fun experience for the whole family.” 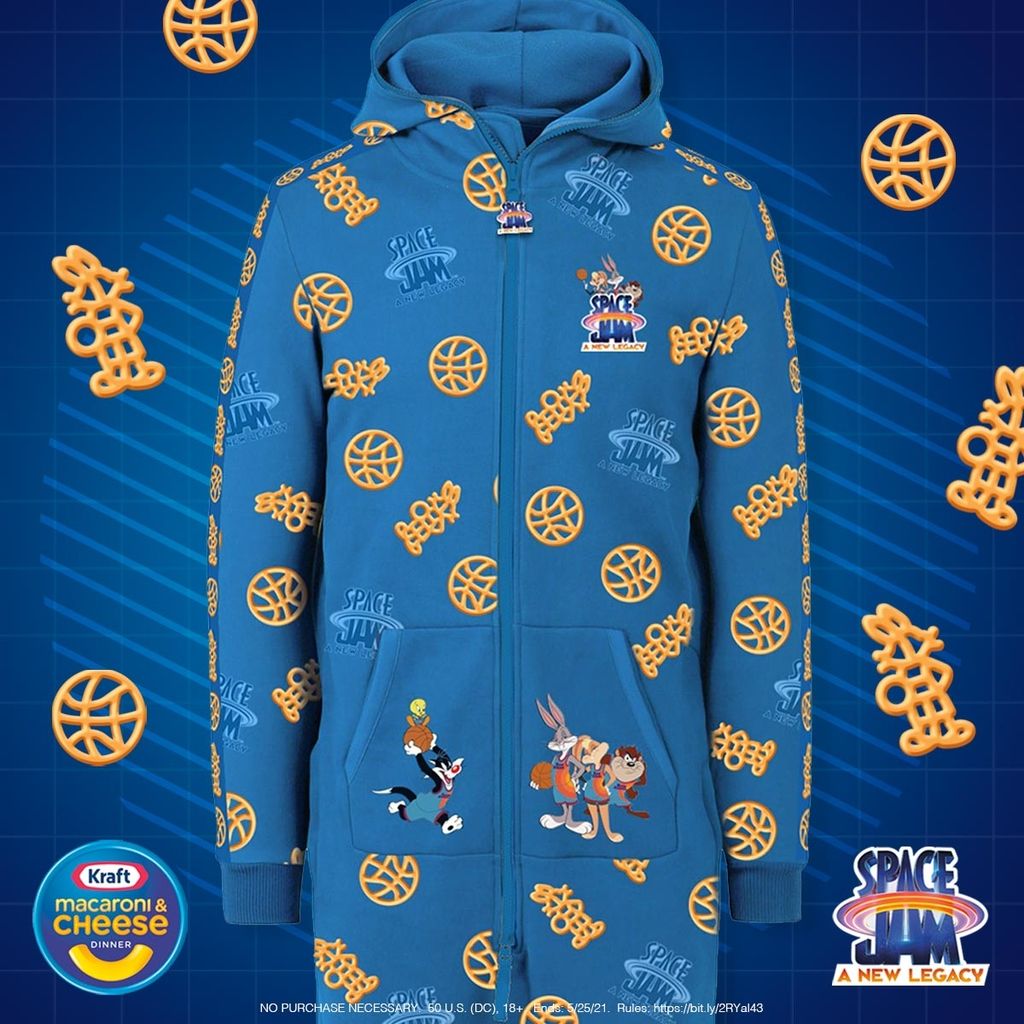 Is it even a co-branded marketing campaign without a major QSR partnership? No one was surprised to learn that McDonald’s jumped on board for this release. After all, they were the OG fast food partner with the original Space Jam. To celebrate the latest version of the blockbuster, McDonald’s reprised its 1996 Happy Meal collaboration with specially designed boxes featuring one of the twelve characters from the film. 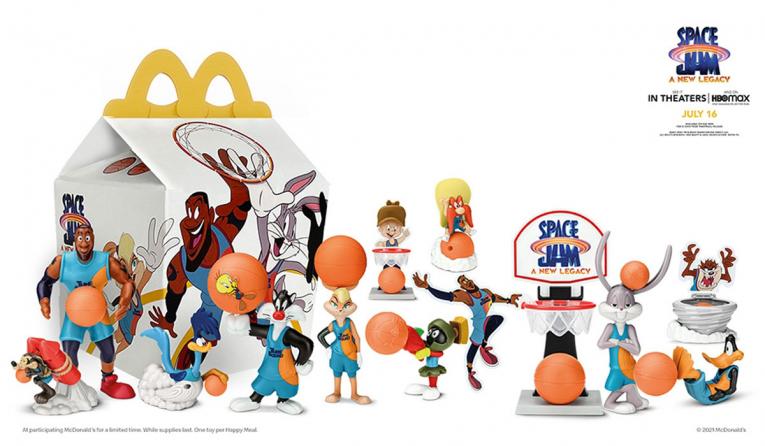 You think they’d stop there? Not with a property this hyped up! The family staple also collaborated with skateboard lifestyle brand Diamond Supply Co. for a collection of not-so-cheap streetwear featuring the film’s iconic cartoon characters. This co-branded collection is similar to what we saw McDonald’s do with Travis Scott. Partnering with UberEats, McDonald’s gifted a select few pieces from the collection to those who purchased a Happy Meal through the app.

Of course we couldn’t make it through this blog without mentioning Nike, the brand that quite literally is the reason the Space Jam franchise even exists. For those that remember, this all started with a 1992 Nike Superbowl commercial featuring Michael Jordan playing a game of one-on-one again Bugs Bunny. The commercial was such a success that Jordan’s agent ended up taking the idea for a film to Warner Brothers. The Jordan 11 Retro Jam shoes that Jordan wore in the original film have become one of the most coveted pairs of Michael Jordan Nikes ever.

Thankfully for Nike, this reboot aligned nicely as LeBron signed a lifetime deal with Nike in 2015, making this the perfect opportunity for another slam-dunk success (see what we did there ha!). For the first time ever, Nike chose to reveal a new pair of sneakers in the film. So the shoes that LeBron wore to take on the Good Squad were debuted in the film before they were available to the public. 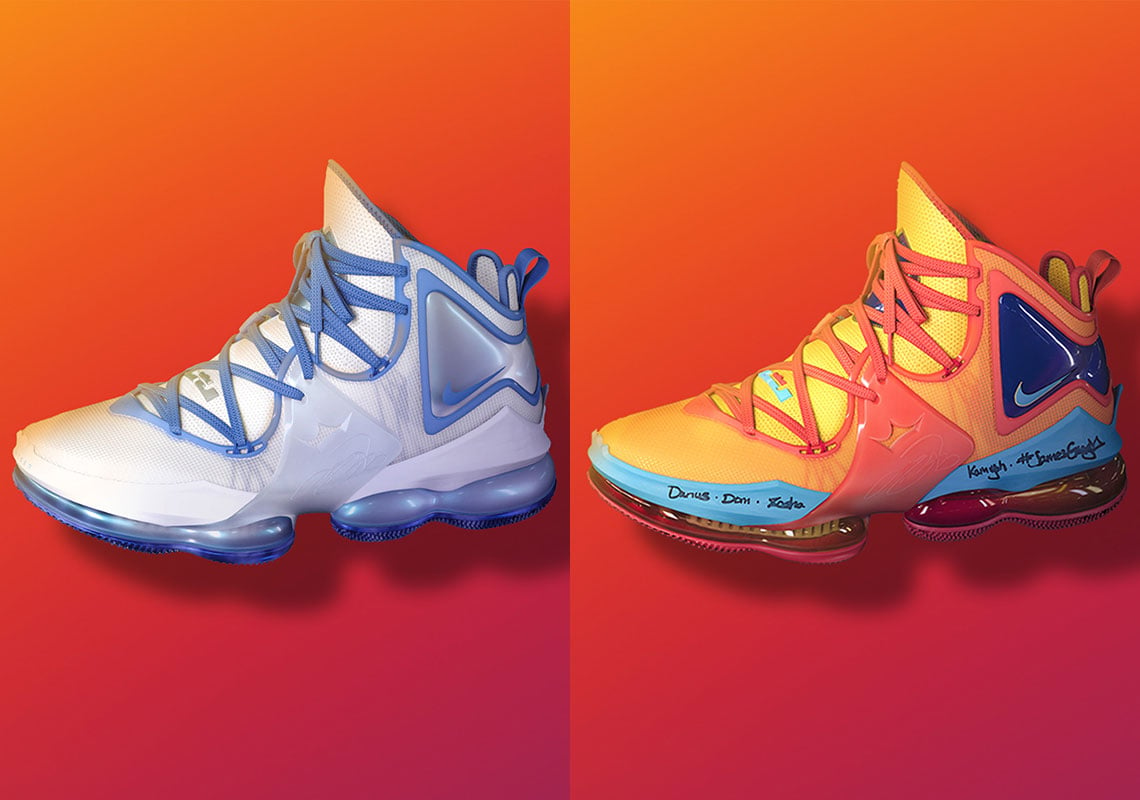 Also unique for Nike, the brand released not just one sneaker, but an entire Space Jam-themed collection inclusive of multiple shoes, jerseys, and shorts. 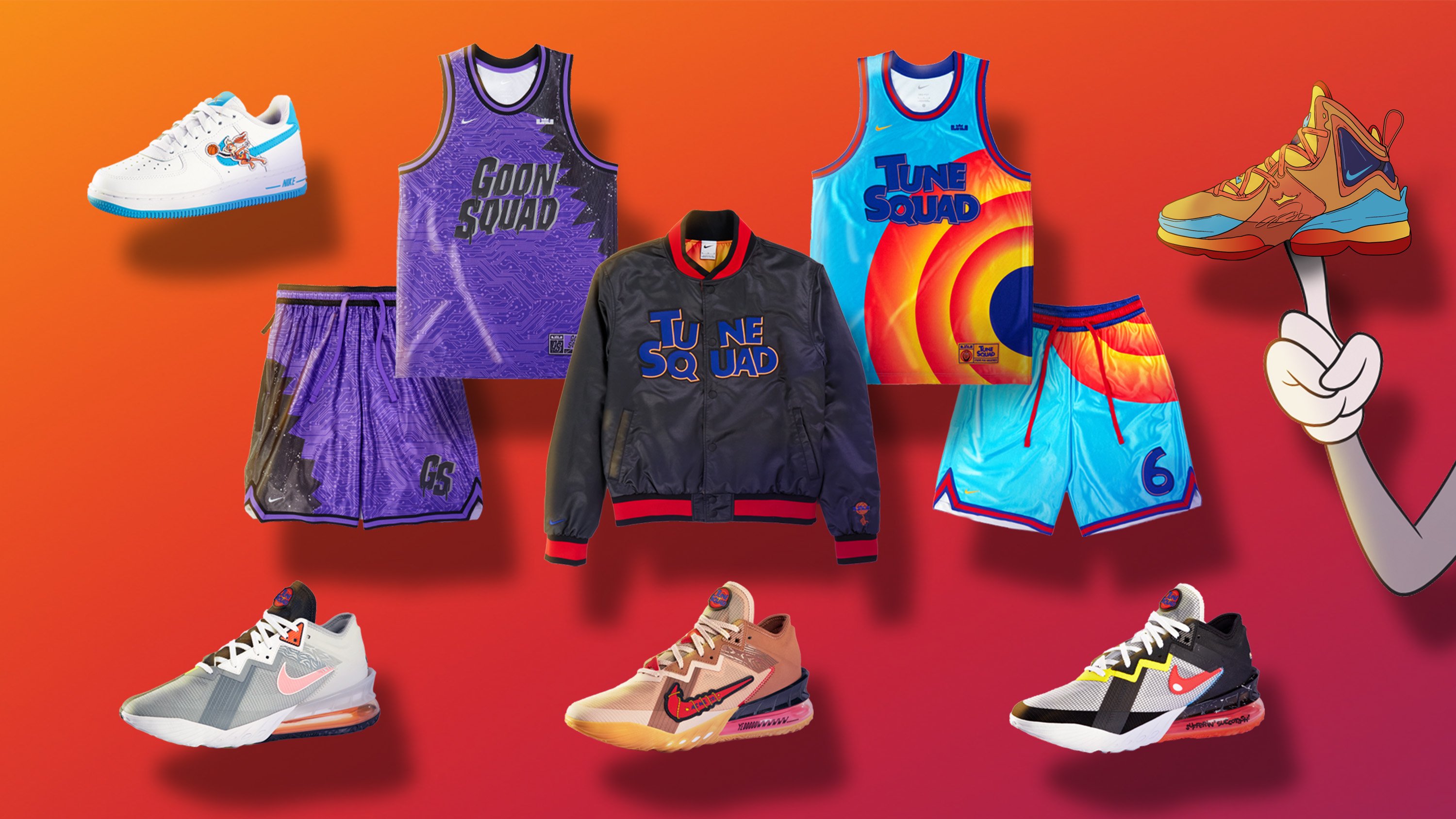 Spanning across all categories – jewelry, apparel, food and beverage, video games, etc. there was certainly no shortage of creativity. Not only did these partnerships serve brands up with timely, limited-edition products, but it also ensured that this film was EVERYWHERE. Warner Brothers knew they were sitting on a gold-mine with this one, and they did a great job of capitalizing on it. Take it from Warner Brothers’ SVP of worldwide digital marketing, “This is a rare property that means a lot to different people in different ways. Even within a single partnership there are several layers that are as appealing to a kid in '96 to today's kids. It's such a cultural event.” And we can’t disagree.

There's More Where That Came From

Eager to learn about other great partnerships like this? We got you covered! Check out the below.

If you want a deep dive into what these partnerships entail and how to bring them to life, we've got the answers! Check out the below to become an expert!