Coachella Is More Than Just A Music Festival

The Coachella Valley Music and Arts Festival, held at the Empire Polo Club in Indio, California, is arguably the most popular music festival today. Held every year, well before the COVID-19 pandemic shut down the world, Coachella was a getaway for music lovers, artists, and celebrities, alike. For two three-day weekends, attendees are able to escape reality and transported into the world of music.

Many people think of Coachella as just a music festival, but from a marketers standpoint, Coachella is a goldmine when it comes to opportunities to increase brand awareness. According to Insider, in 2019, Coachella had an attendance of 99,000 people per day, and a total of 594,000 people for both weekends.  With the right amount of money and strategy, brands are able to capitalize on this heavily publicized event. In this blog, Hollywood Branded shares three brands who have used Coachella for successful activation and marketing campaigns. 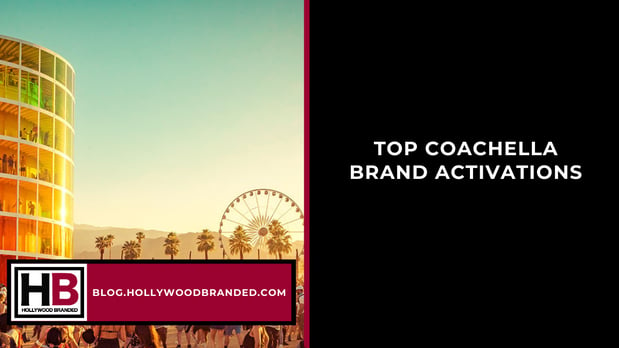 Coachella was created with the hope to become the most popular music festival in the world and perhaps now it is, but the path to become a household event was not easy. In 1999, the first Coachella was held and ended up not being profitable. At all. Even with headliners like Beck, Tool, and Rage Against The Machine, the festival only sold 25,000 tickets in total (50,000 less than expected). Goldenvoice, the founding brand of Coachella, attributed the lack of success to Woodstock, which occurred just a few months earlier.

Coachella did not return in 2000, but in 2001 the festival was back and has had a massive upward trajectory ever since. The first major growth of the festival was the addition of a second weekend in 2012. Adding a “Weekend 2” increased Coachella’s revenue by $47.3 million.

Coachella was able to sell out for the first time in 2004 with headliners Radiohead, Pixies, The Cure, and the Flaming Lips. But in 2019, the first weekend of Coachella sold out in 40 minutes with top A-list artists set to perform; Ariana Grande, Childish Gambino, and Tame Impala. Even with General Admission tickets selling for $399 (without a shuttle pass), people are eager to spend their hard-earned cash on this event.

Now that we've learned a bit more about the history of Coachella, let's dive into 3 brands that have capitalized on Coachella’s popularity to help advertise themselves. 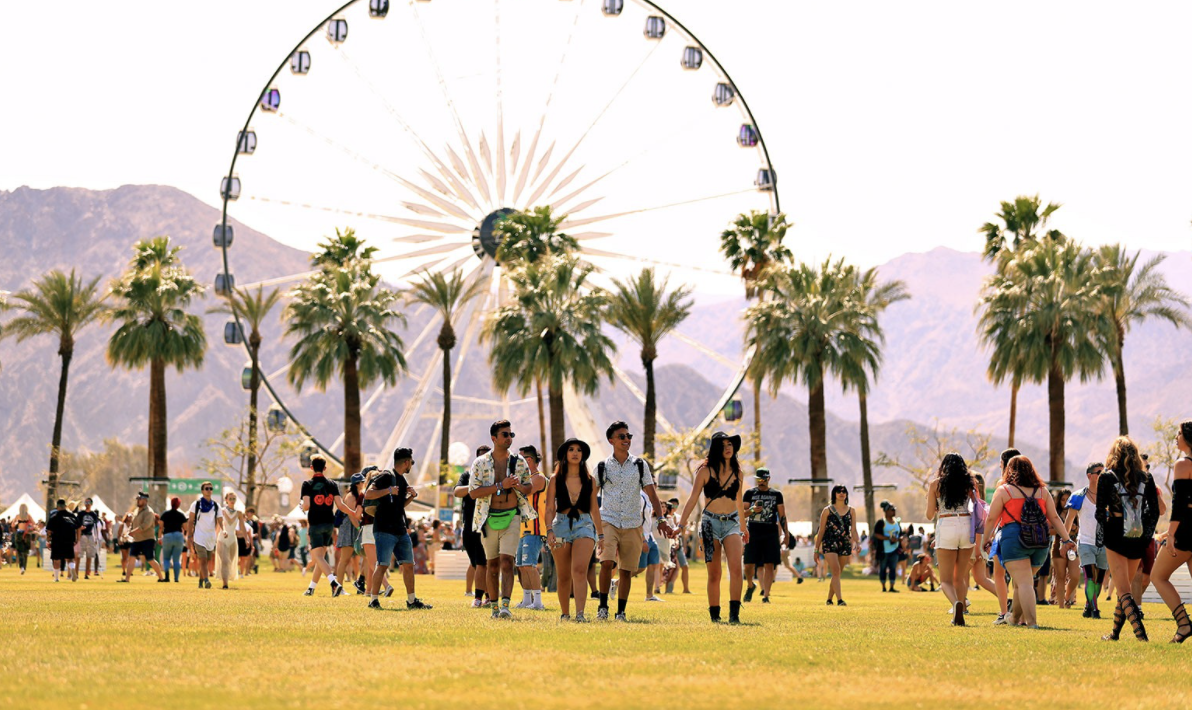 BMW created a strategic social media campaign, #RoadtoCoachella, targeted at celebrities and both micro- and macro-influencers. The goal of this campaign was for artists and social media personalities to document their travels to Indio in a new BMWi. In 2019, BMW’s biggest-name partner was Khalid, who was also a performer at Coachella. BMW decided to partner with Khalid because the brand was inspired by his “Free Spirit” album cover - a photo of him on top of a car in the desert. During Coachella weekend, fans were able to go to the BMW dealership in Palm Springs to meet Khalid. In addition to Khalid, BMW partnered with Paris Hilton, dancer Jade Chynoweth, blogger Nina Schwichtenberg, influencer Jacqueline Mikuta, and many more!

As one of Coachella’s official sponsors, American Express has created tons of marketing opportunities. The company has used the power of social influencers with the hashtag #AmexAccess, they purchased an off-site house dubbed “The American Express Platinum House,” and had a members-only lounge on the Coachella grounds.

The goal of #AmexAccess was to increase American Express’ awareness as an official sponsor of Coachella through social media. The brand partnered with Adam Gallagher, Paolo Alberdi, Sophie Elkus, and many more to encourage attendees to log in to the Coachella app with their American Express card information in order to make paying for food, drink, and merchandise at Coachella that much easier.

The American Express Platinum House was an off-site house that continued the aesthetic and theme of “luxury” that both Coachella and American Express are known for. This house was for card members only and had DJs, food from celebrity chefs, a beauty lounge, and a networking bungalow.

Lastly, the American Express Card Member Lounge was available for use once card members have entered the festival. This exclusive lounge was branded from the outside for other attendees to notice, but inside was full of resting stations, water, food, charging stations, and more perks. 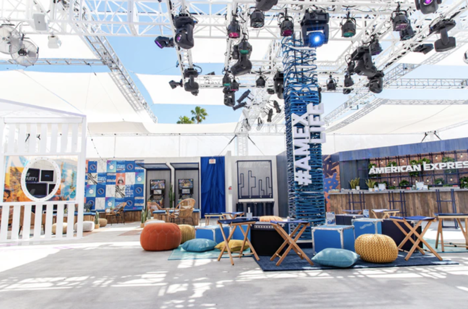 This brand may have created the best Coachella activation to date. REVOLVE, a high-end fashion retailer, took a tool right out of Coachella’s box; they created their own mini-event, “REVOLVE Festival.”

The brand first started their festival in 2018. This invite-only event had performances from A$AP Rocky and Snoop Dog.

In 2019, REVOLVE stepped up their Coachella marketing and collaborated with celebrities like Kendall Jenner and Cardi B. The “REVOLVE Kick-Off Party” was hosted at the V Palm Springs. This event attracted over 150 celebrities, models, influencers, and artists.

Also in 2019, REVOLVE teamed up with TAO for an exclusive after party on April 12th. Paris Hilton and Diddy were a few celebs in attendance. At the event, Casamigos tequila cocktails, a cannabis bar, and cognac room were all provided for guests.

In addition to “REVOLVE Fest,” the company also teamed up with social media influencers to showcase the clothing that they sell through the platform. Celebrities like Madison Pettis, Shay Mitchell, and Janice Joostema all contracted with REVOLVE and posted about the company on their social media outlets. 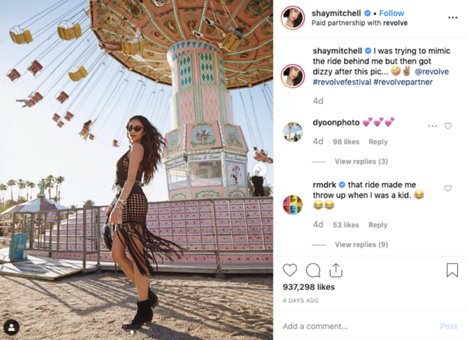 Coachella Is More Than Music

From an outsider perspective, Coachella may seem like just a place to go to listen to music and dress to impress. But from a marketers standpoint, Coachella is a place to spread your message, get new customers, and make an impact. Coachella also offers a space of creativity, one that doesn’t come naturally during a “normal” weekend throughout the year. Companies are able to go outside of their comfort zone with branding and advertising and partner with new celebrities and influencers. The creative strategies are endless. Whether your brand begins to market at Coachella, or any other music festival of that matter, always remember to be creative and try new things that will attract the “festival demographic.”

Check out other blogs written by our Hollywood Branded Team!