Winning The World Cup Of Brand Awareness Without Spending The Dollars

A History Of Athletic Sponsorships

For the past 66 years Adidas has been paying teams, players, and leagues to wear its football apparel and to use its signature three-stripe ball. The 2014 World Cup was no different for Adidas or any other official World Cup sponsor like Hyundai, Kia, McDonalds, Visa, or Budweiser. Corporate team sponsorships totaled almost $400 million with both Adidas and Nike fighting head-to-head for the most brand representation. While Adidas did beat Nike in overall brand presence, for the first time ever, Nike successfully garnered 10 teams to wear its brand – one more than Adidas. Who wins?

Both Nike and Adidas implemented successful World Cup marketing tactics in order to promote their individual brands throughout the tournament. Despite the companies’ incredible investments, the real brand winners were the unofficial World Cup sponsors.

These were brands such as ACHTUNG!, an Amsterdam Ad agency, Beats by Dre, Havianas, and Volkswagen. These brands successfully created brand awareness without the multi-million dollar official sponsorship buy-ins.

The success of these unofficial World Cup sponsors proves to be a testament to the power of creative social media marketing and its ability to generate significant brand awareness. These brands utilized the World Cup’s international platform, implemented effective marketing strategies, and as a result, garnered significant media traffic without spending hundreds of millions of dollars on the seal of “official sponsorship”. 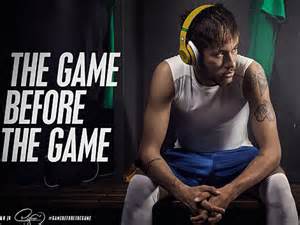 World Cup or otherwise, product placement doesn't have to cost your brand to get a big win! Increase brand awareness, positive perception, and sales through entertainment marketing with these low cost tips.