Your Entertainment Marketing Strategy: Your Brand And Which Show?

Genre: Comedy, Drama or Other?

The choice of which television show brands choose to place their products depends on a variety of factors. What is the audience target of that particular show? What is the message that the show sends, and how will that reflect on the brand? What is the caliber of the show’s talent who will be seen interacting with the brand? And then there’s the question revolving around the common objective of brand exposure: Which shows get the most viewership?

When brands choose to partner with a television shows for their entertainment marketing strategy and product placement opportunities, choosing the right show matters. We explore the recepitivity to genre by consumers

Of course, no one really knows how well a show will do in terms of viewership until ratings are revealed after the show airs.

Typically, dramas turned out to be the most successful. That statistic reflects the success of multiple drama shown year over year.  And in fact on an international scale, drama is the content format that is most widely resold around the world.

Product Placement By The Numbers

Not only have drama shows brought in great viewership numbers, but the genre had the second highest product placement activity with 29% of placements.

Dramas typically make up around 40% of prime time viewership, followed by sports at 20%.

Sports content generates a much higher share of ad spend to viewership. At the same time, sports shows hold a small share of time-shifted content, which is important to note in today’s age of the DVR. According to Nielsen, prime time shows held 22% of time-shifted viewership as opposed to sports content’s 8%.

Of time-shifted prime time broadcast programming, 42.9% is played back the same day recorded, with 87.6% played back within the next 3 days.

So would it be more worth it for a brand to be placed within the content of a show that will likely be watched following its recording – perhaps even stopped, rewound and replayed – or a live sports game that commands a high viewership initially, but if not watched right away, will likely be thrown out?

Reality shows may not yield the high viewership numbers and ad spend dollars as that of drama shows and sports, but they have nonetheless been proven to be ideal for product placement.

Of all genres, product placement was most prevalent on reality shows, with 58% of all placements.

What Does It All Mean? 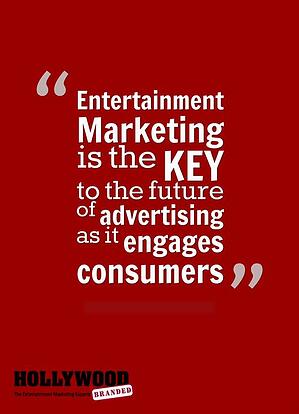 It is almost impossible to estimate whether or not a show will be successful,. A show that is on top one year could easily drop the next depending on a variety of unforeseen factors. Keeping atop industry trends and ratings is important, as Hollywood Branded Inc. constantly aims to do.

Remaining current with these industry trends, as well as choosing shows whose attributes align with the brand’s desired message is the best possible way to ensure placement program success.

Next question: Is your project a brand vehicle? Read more about optimizing your projects to make them production friendly.