3 Reasons Why Your Brand Needs to Focus on Fandoms

An Audience You Might Not Realize Is A Fit

While all social groups have died and gone to heaven during COVID, online fanbase communities continue to thrive on the internet these days. Otherwise known as “fandoms,” they are some of the most powerful groups on the internet. And they are communities many brands are not aware of when thinking about marketing partnerships.  And here's the thing - we aren't talking about fandoms being limited to cos-play. Music artists, celebrities, books, movies, podcasts and more all have fandoms.

There are a wide variety of ways to engage with these fandoms, i.e Twitter threads, product releases, brand partnerships, etc. Fandoms are well-defined chunks of internet culture, separated by age, gender, income, and hobby. In this blog, Hollywood Branded will underscore the significance of fandoms and three reasons why they can boost your brand’s marketing strategy. 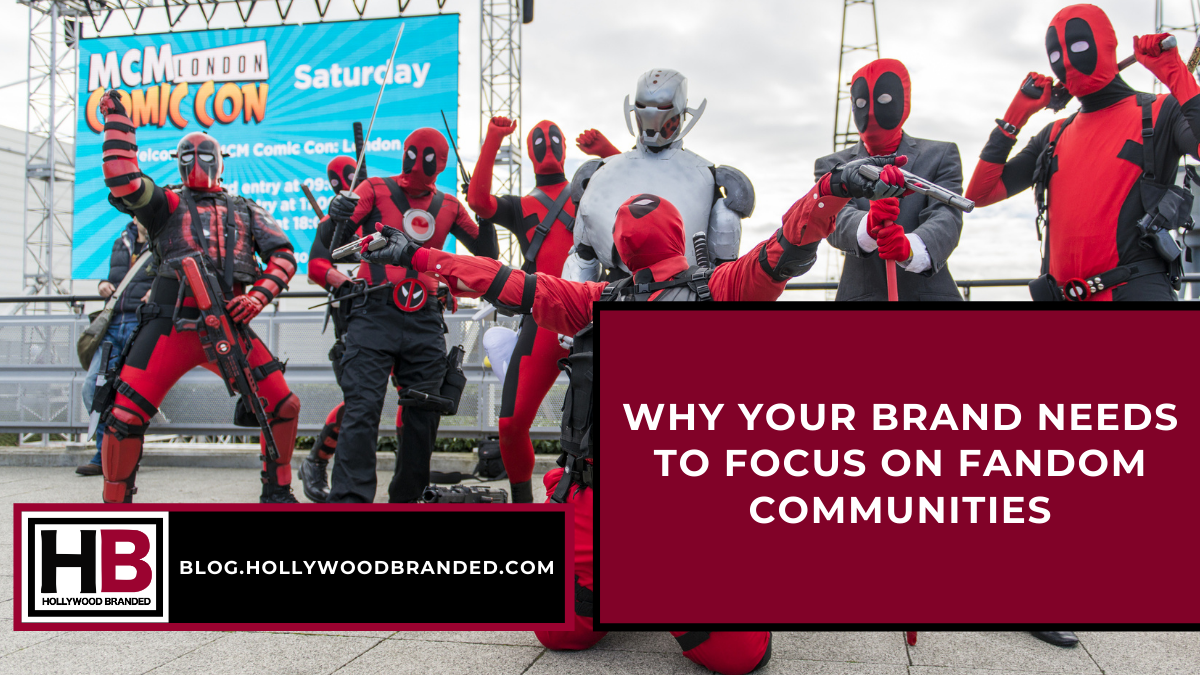 What Is A Fandom?

A fandom is defined by Oxford as “the fans of a particular person, team, fictional series, etc. regarded collectively as a community or subculture.” For years, fandoms have taken over Twitter and Tumblr as their home bases, serving as perfect targets for social media marketing. They are a major pinnacle of pop culture as armies who fight for niche idols, bands, actors, TV/film series, etc.

Fandoms hold a lot of power. They are massive virtual communities who can collectively support or reject a cause, brand, or even another fandom. Recently, the K-Pop fandom has notoriously been known for disrupting Trump’s rally by inflating the attendee numbers. Many fandoms cross over with Gen Z social media users, a demographic with huge purchasing power –especially online.

Many brands have established a more casual profile on sites like Twitter and Tumblr, whether that is to keep up with the latest trends through social listening or creating memes in response to such trends. However, it can be a good idea to take your social presence one step further by interacting with the many fandoms that exist on these platforms.

We’ll talk about the three main reasons as to why your brand should think about working around fandom culture.

First and foremost, fandoms act as pre-defined audience demographics for your brand to go after. They are incredibly niche, making the marketing job easier by distinctly separating themselves into their interests and passions.

Fandoms can be separated by age, gender, industry, location, etc., as they range from boybands to comic books to literature. They can serve as clear indicators of what a large fan following seeks out in brands and products. You can draw a lot of inferences about the fandom based on the thing of fan interest. Fandoms are essentially pre-determined consumer pools that allows brand to easily practice target-based marketing.

Usually, the demographics of said fandom will typically correspond to the person/culture of interest. Let’s examine this further through a case study on podcast fandoms. These are a great sector of the fandom world, as fans become enraptured by podcast hosts with personality and topics relevant to pop culture.

One of the most popular podcast niches is the true crime realm. These podcasts lure in large fan followings with engaging retellings of horrific histories contrasted with comedic commentary. Many of these podcasts are able to partner with brands to appeal to their fandoms with similar audience demographics as the hosts. 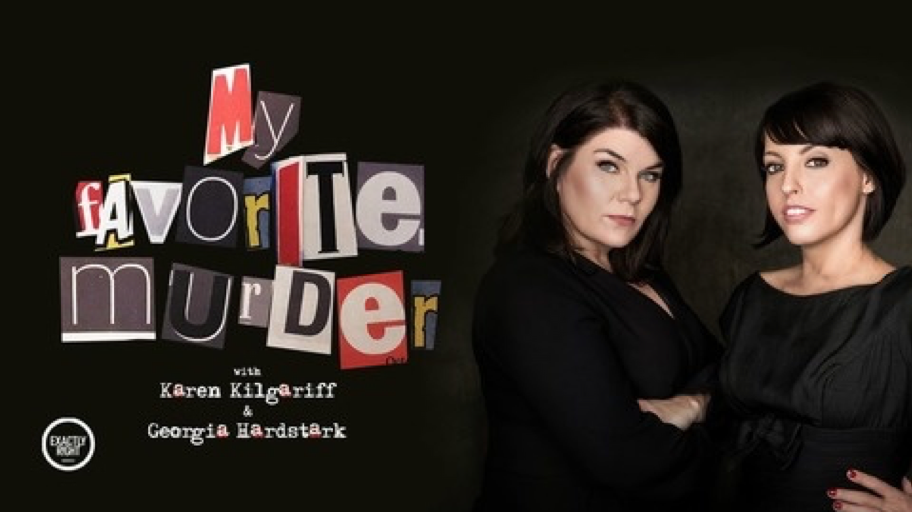 For example, one of the most popular true crime podcasts, My Favorite Murder, is hosted by two young, millennial women. If you visit their website, you’ll see that they have a whole section dedicated for brand deals that they bring to their mostly female, middle-upper class, and young-adult fanbase. They’ve worked primarily with lifestyle/fashion brands, like Hello Fresh and thredUP –the obvious choice for their given fandom.

As you can see, the job is already done for brands trying to target certain demographics. Fandoms give brands the opportunity to clearly see what specific audiences they will be able to reach.

The next reason for why your brand should use fandom marketing is that is an incredibly humanizing experience. Your brand will seem much more down-to-earth when it can successfully interact with a more casual medium of fandoms. Especially because the fandom realm is run by a younger audience, your brand is able to seem “with it” and up to date with all things pop culture related when it can properly engage.

With so much of fandom interaction taking place on public platforms, Twitter in particular, it is incredibly easy for brands to practice social listening and get in on the conversations.

After the iconic “WAP” music video was released by Cardi B and Megan Thee Stallion in August, brands and consumers alike responded accordingly to the massive pop culture overtake. The two female rappers responsible for this relatively explicit, but incredibly catchy, tune both have large fandoms following in their trails. Cardi B’s “bardigang” and Megan Thee Stallion’s “hotties” have played massive roles in pushing this song to the top of the charts. 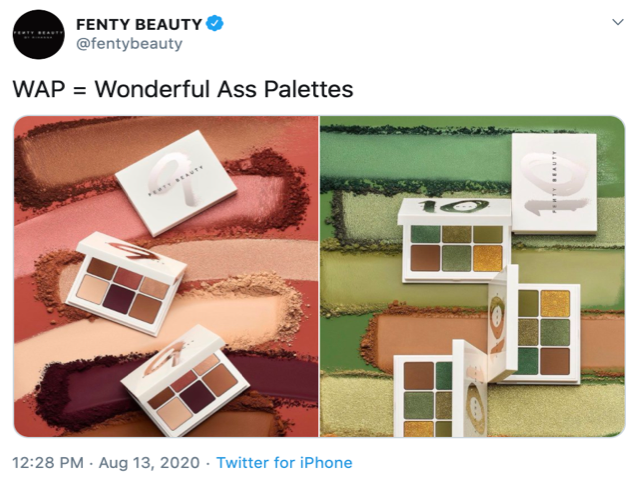 Fenty Beauty, the makeup brand owned by Rihanna, played off the WAP acronym to promote their eyeshadow palettes. In turn, they assured consumers that they’re well-versed in the sphere of female rapper fandoms as well as social media trends. Making a casual reference to the explicit nature of the song makes Fenty’s social media team seem much more informal and approachable.

#3) Unparalleled Loyalty for All Things Fandom-Related

Finally, we must think about the mechanics behind what drives someone to become part of a fandom. It is all about the passion and loyalty that one possesses for their celebrity, series, film, podcast etc. of choice. In summary, fans are almost always willing to buy or do anything to get their hands on some­­­thing related to their respective fandoms.

Fans want to make it known that they are a part of a certain fandom. Whether that means acquiring a head-to-toe outfit repping their favorite boyband or waiting until midnight to pre-order a perfume collaborated on by their idol, fans are going to do anything to make sure they can call themselves number #1 fans. No wonder there are whole sites with fandom-related merchandise being some of the top selling products, i.e. Redbubble and Etsy.

In 2017, Rick and Morty took internet culture by storm with their reference to the historic McDonald’s Szechuan Sauce from the 90s. After the episode aired, McDonald’s responded to the fandom buzz by rereleasing this signature sauce in their restaurants. 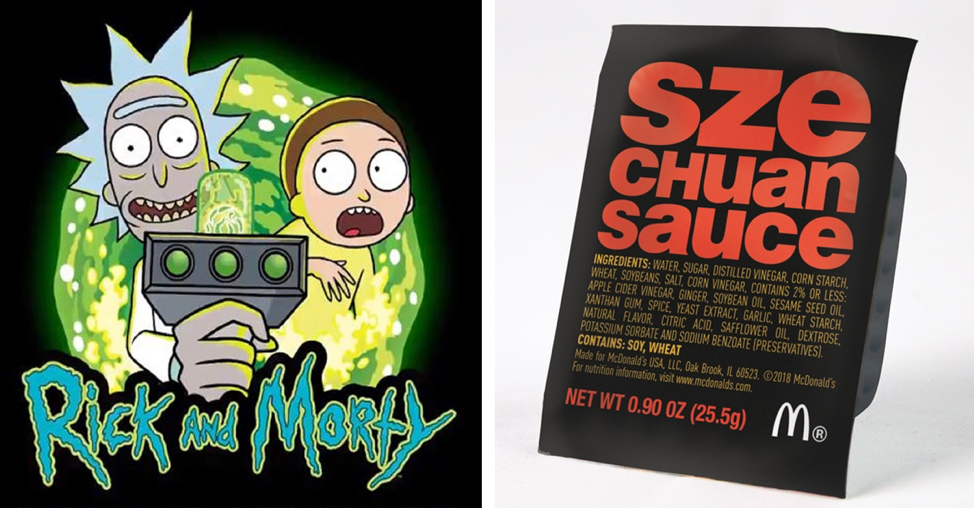 In fact, this marketing ploy was so powerful that McDonald’s simply could not compete with the demand from fans. Avid fans of the animated adult series rushed out to dunk their McNuggets and French fries in the legendary Szechuan Sauce. After McDonald’s ran out during the first wave, packets of the scarce sauce were being sold on Ebay for $200+. What did I say before? Fans. Will. Do. Anything. For. Their. Fandom.

McDonald’s had to issue an apology to loyal Rick and Morty fans who didn’t get their hands on the sauce, before churning out another massive batch to satiate the rest of the fandom. 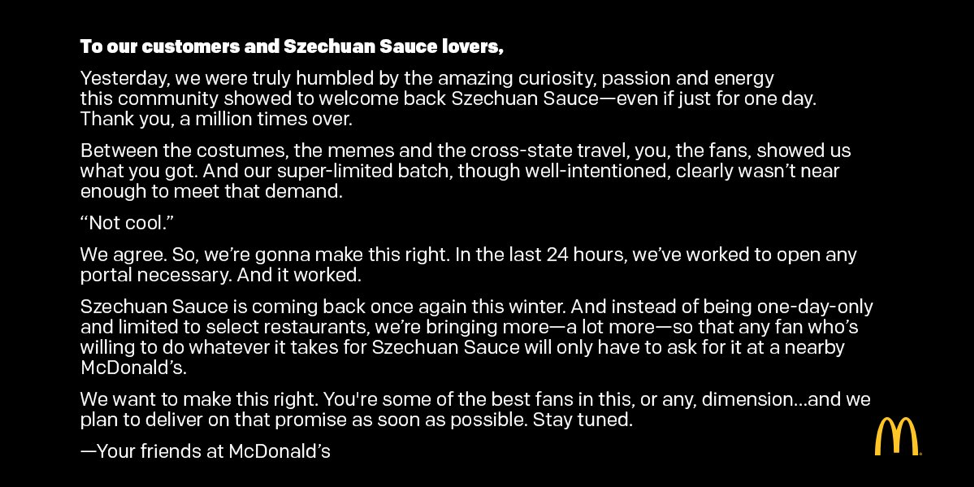 As you can see, there is no stopping fans who are fiercely loyal to their fandom. Brands should definitely take advantage of such a passionate demographic of social media users.

Fandoms are going to be the most dedicated audience groups, so if your brand manages to relate itself somehow to the fanbase --- you’re in!

A Pop Culture Phenomena Waiting For Your Brand

Fandoms are truly the wave of social media marketing to watch out for. They’ve been ever prevalent on the pop culture side of the internet and are even more significant these days as online communities band together for social comfort. So many people are turning to entertainment and social media during quarantine, so it comes as no doubt that fanbases are becoming more and more active.

To reiterate, we discussed three main reasons to convince your brand to engage with fandoms as a part of your social media strategy.

First, fandoms are clearly defined niches, eagerly awaiting to be targeted by your brand. Next, interacting with fandom culture brings your brand to a more humanized level, making it clear that your brand is backed by real people who absorb pop culture. And finally, fandom participants are some of the most loyal consumers that exist, allowing your brand to practically sell anything if it’s associated with said fandom.

Fandoms aren’t going anywhere – now is the time to attach your brand with whole online communities that are omnipresent on all social media platforms!

For more information on pop culture marketing tactics, check out some other featured pieces from Hollywood Branded's blog!

Learn more on how you can create strategic partnerships with our Product Placement + Brand Partnerships 101 e-book.  Download it now below!